Photography, Graves Disease, Insulin pumps and a lot of other things 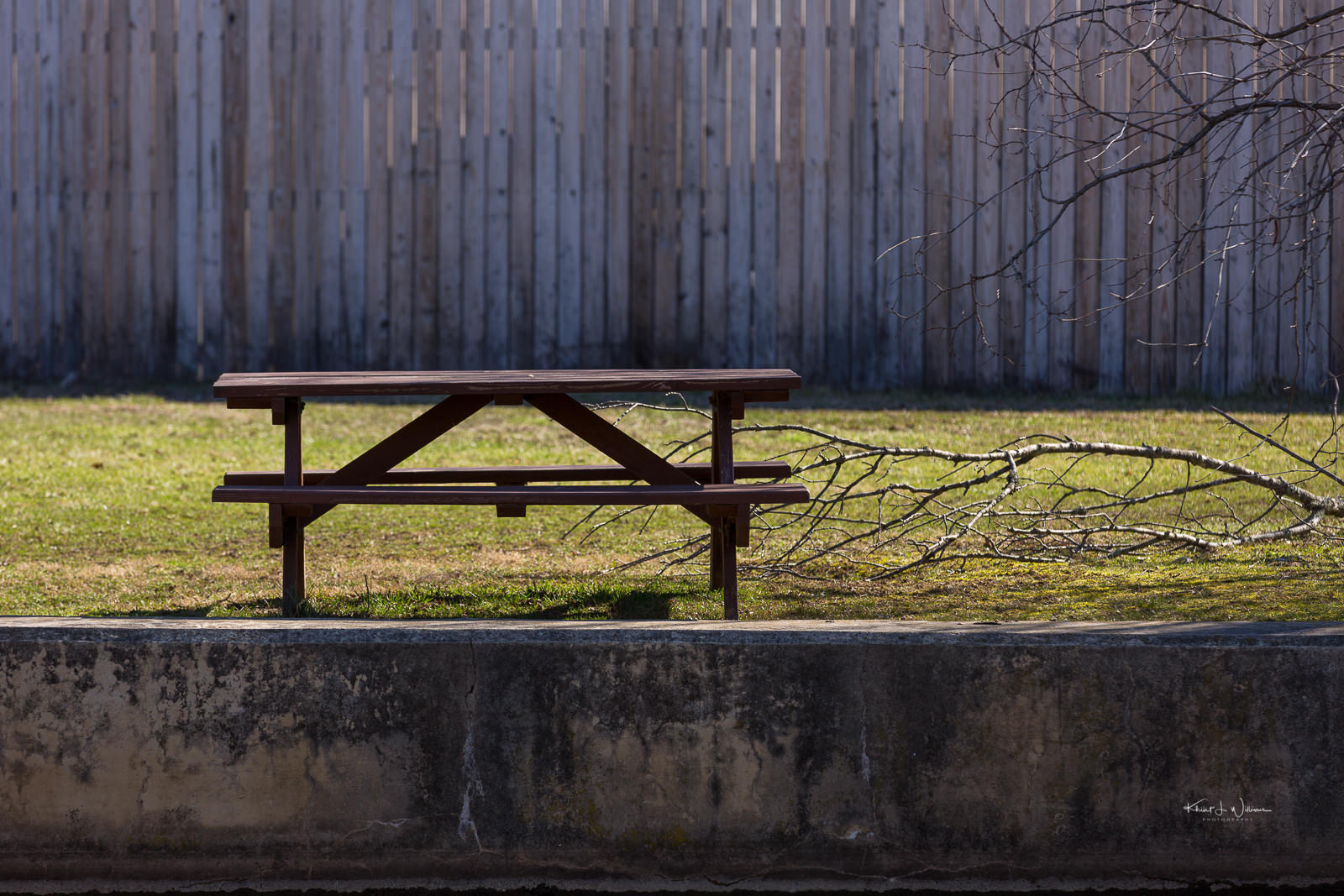 This post is about a number of things that have been on my mind for a while.

During the 2017 end of year holidays, I dropped and damaged the mirror box of my Nikon D5100 baby DSLR. It was not a new camera when I bought it on eBay (circa 2012) but it worked flawlessly for the years I have owned it. Surely had I not dropped it, it would have yielded at least another 5 years of service. I was quite upset when I discovered was damaged but excite that the lens that was attached was in good shape. I was also excited at the prospect of buying a new camera. The D5100 was released in April 2011 and in the intervening years, newer, and more capable cameras had been introduced by Nikon, Sony, Fuji, Olympus and Canon. Buying a new camera, however, presented a new challenge. Which camera to choose?

At one time or the other over the last two to three years I have rented Olympus, Sony, Fuji and Panasonic interchangeable lens cameras. They all have pros and cons with the newer iterations of each camera improving and reducing the problem areas.

I must look like a wet mangy dog without my camera because my wife's best friend offered to let me use her father's1 used camera and lens; a Canon EOS 5D Mk II with Canon EF 70-200 USM IL f/2.8. The 5D Mk II is a full-frame DSLR with "pro" level features. The EF 70-200 mm lens is worth more than all my existing lenses combined. I've never used Canon camera's and lenses and I wasn't sure what to do with this kit as is. Last week, after learning from a work colleague that any EF lens will work with the EOS 5D MK II, I started looking on eBay for used 35mm and 50mm EF lenses. In my mind, it was worth it to get a used lens for less than $100. I was tired of shooting photos of the birds in the backyard. However, I didn't need to. 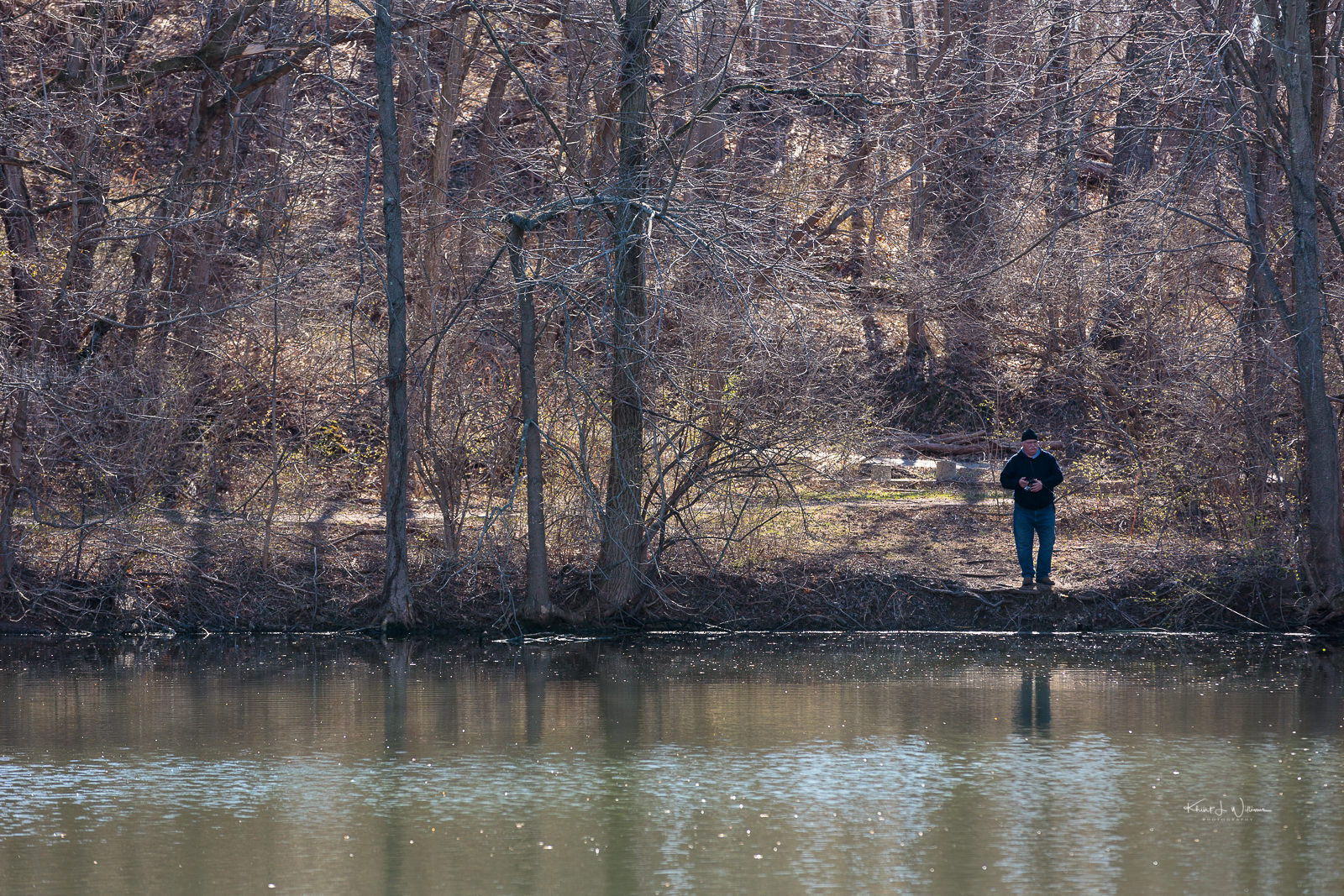 I remembered that my Dad has given me his Canon Rebel film camera a few years ago. I knew it was somewhere in the basement. I took a few weeks but I finally found it. It has a Canon EF 28-80mm f/3.5-5.6 lens. It's compatible with the 5D Mk III. I took the camera and lens on a recent road trip to Michigan and Ohio. I downloaded a few of the photos and noticed that the quality wasn't what I expected. The images all seem "hazy". I assumed it was due to poor skill on my part -- shooting images with the light in the background. But I noticed that photos taken indoors with front lightning had the same issue. I examined the lens and discovered that some semi-transparent "goo" on the inside of the lens.

If I continue to use this lens, I will need to use the Adobe Lightroom "dehaze" tool for every captured image.

I found some inexpensive Nikon to Canon lens adapters on Amazon. I could use my existing Nikon lenses. The caveat is that the adapters do not allow the use of auto-focus and TTL metering. I promise I would not replace my Nikon until after my 2017 taxes are filed. I can't wait. Perhaps I'll get a deal on a Nikon D500.

I've also struggled with impostor syndrome. I look at the excellent work by an artist like Olaf and. I compare my work to theirs; which is a mistake. Olaf and have talent and years of experience. I'm just an amateur who photographs mostly on the weekend. The comparison leaves me feeling inadequate. I put the camera down and my skills atrophy. Why am I doing this?

Over 12 years ago, I was diagnosed with Type 1 diabetes. After diagnosis, I started seeing a specialist, an endocrinologist, about every three months. On these regular visits, we discuss insulin regimen, diet, exercise and the results of my lab tests. The lab results have lots of information that is interesting and useful to an endocrinologist but I only paid attention to the cholesterol and A1C values. But my endo looks at all of it.

One of the things she was testing, was my thyroid function, which until recently was normal. And then it wasn't. She tested my thyroid function because people with other immune system diseases, such as type 1 diabetes, have an increased risk of hyperthyroidism. And the onset happened just as rapidly as it did for my Type 1 diabetes. After a battery of test over a few weeks, my endocrinologist confirmed a diagnosis of Grave's Disease which the American Thyroid Association describes thusly:

Graves’ disease is an autoimmune disease that leads to a generalized overactivity of the entire thyroid gland (hyperthyroidism). It is the most common cause of hyperthyroidism in the United States. It is named after Robert Graves, an Irish physician, who described this form of hyperthyroidism about 150 years ago. It is 7-8 times more common in women than men.

Graves’ disease is triggered by a process in the body’s immune system, which normally protects us from foreign invaders such as bacteria and viruses. The immune system destroys foreign invaders with substances called antibodies produced by blood cells known as lymphocytes. Sometimes the immune system can be tricked into making antibodies that cross-react with proteins on our own cells. In many cases, these antibodies can cause the destruction of those cells. In Graves’ disease, these antibodies (called the thyrotropin receptor antibodies (TRAb) or thyroid stimulating immunoglobulins (TSI) do the opposite – they cause the cells to work overtime. The antibodies in Graves’ disease bind to receptors on the surface of thyroid cells and stimulate those cells to overproduce and release thyroid hormones. This results in an overactive thyroid (hyperthyroidism). 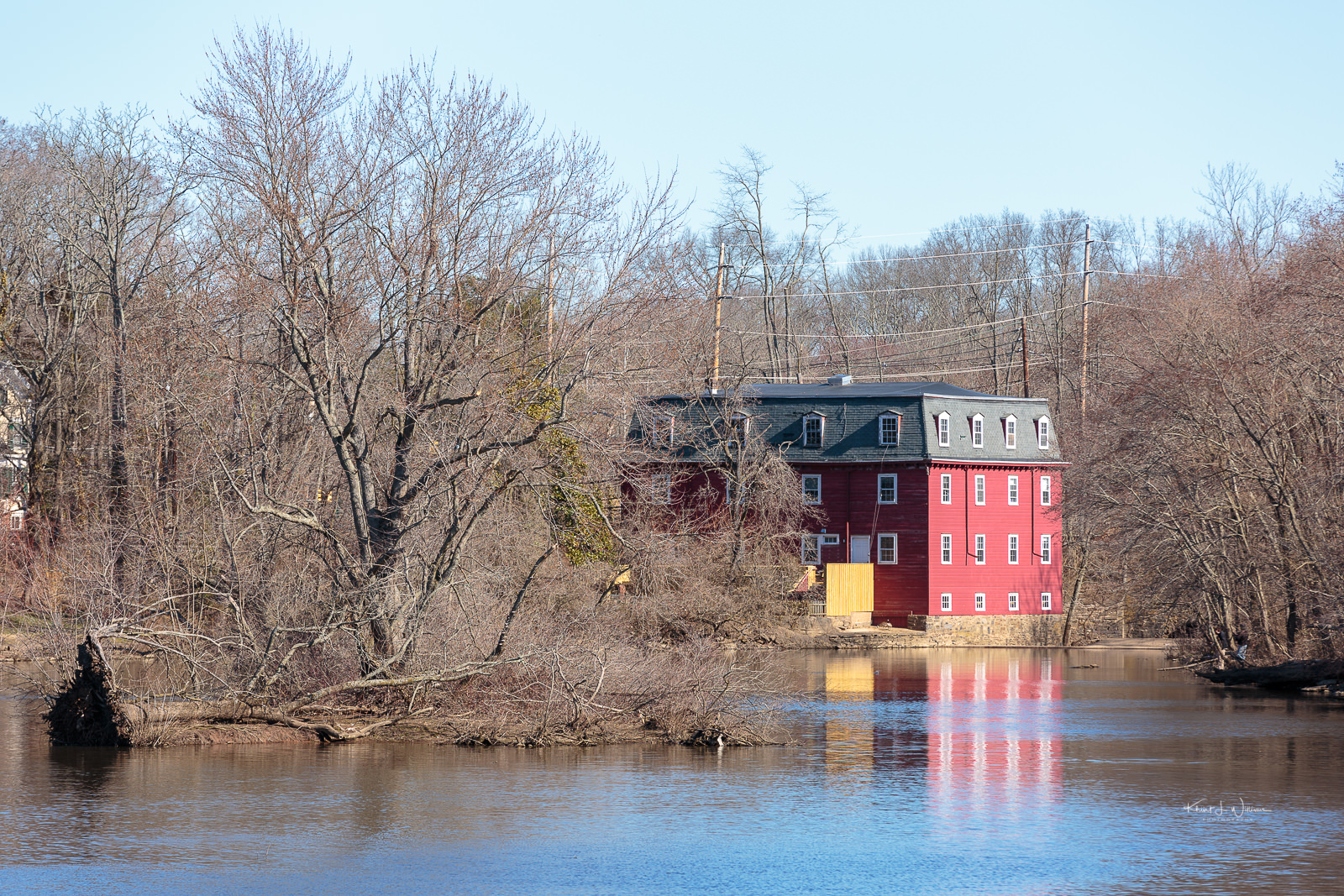 Looking back over the last few months, I know I felt the symptoms of the disease, even though I did know how to interpret them.

I was anxious and irritable and quite emotional. Anger. And sadness. My hands are shaking slightly and it is harder to use a computer -- either a keyboard or touchscreen. I am sensitive to heat and it feels like I am sweating into my socks. I feel tired while simultaneously feeling energetic (heart palpitations) and falling asleep was is challenging. I lost seven pounds.

So now you know. I now have two autoimmune diseases. My endo gave me options for treatment -- pills, surgery, radiation therapy. I opted for the pills. I am hoping the pills work.

I'll also find out from her what the other results on my lab test mean. Am I at risk for another autoimmune disease?

Work has been stressful since a management change last year. As a consultant, I had worked harmoniously with the last two managers but over the last year, I had felt the relationship with the new manager was straining. It was also causing me considerable stress. On Monday I had a panic attack while at the office. I came home early.

My wife reassured me that she was onboard with me leaving. The toxic environment created by this person was affecting my mental and physical health. 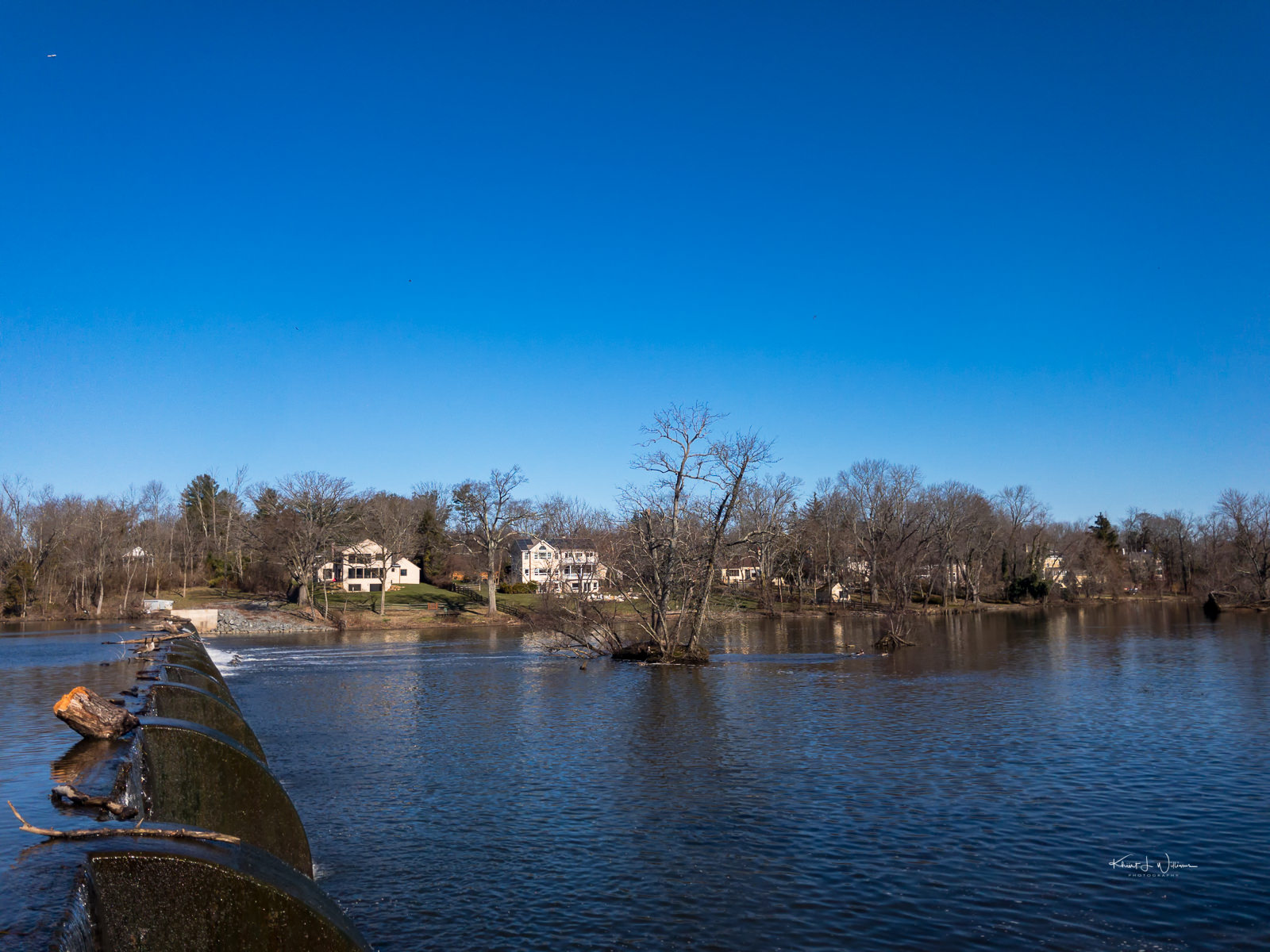 I had started looking for new opportunities elsewhere but this week my work for the client came to an abrupt end. I was told that my services were no longer needed. I didn’t say a word. I didn’t ask why. I simply said “ok”, packed up my day bag, handed in my laptop and pass, and left.

Now I have time to focus on finding my next gig or my next job. I’ve spoken to a few recruiters and also reached out to a few colleagues and friends. Next week I hope to be busy with interviews and hope I will have a few offers buy the end of April.

As a blogger, it’s easy to fall into the trap of thinking everything I write about is already known by everyone, or that my audience on Island in the Net has seen everything I’ve ever published. It’s good to remember that every day, someone might be part of the few to learn something new-to-them, even if I've written about it previously.

I have a backlog of about 116 articles in draft mode. The majority of these are technical articles about photography, web development, and the IndieWeb. I want to set aside time to work on these. Perhaps some will be long form, but I suspect most will be short.

My diabetes management is fairly good. I usually manage to keep my A1C within the recommended range. But managing diabetes is not without challenges. Because, I often get hypoglycemic when I go hiking, I don't exercise as much as I may need for optimal health. The fear of the hypoglycemia keeps me sitting at the computer. But that may soon change. A new type of insulin pump is on the market and I have one of the first models, the Medtronic 670G. It's a closed loop system. Readings from a CGMS are relayed back to the insulin pump which can adjust insulin delivery to suit the need. On Tuesday I was trained in how to setup and use the CGMS and 670G. There is a little bit of a learning curve. I had my ACCU-Chek insulin pump and Dexcom CGMS for over four years. I had mastered the technology. I'll have to learn anew. 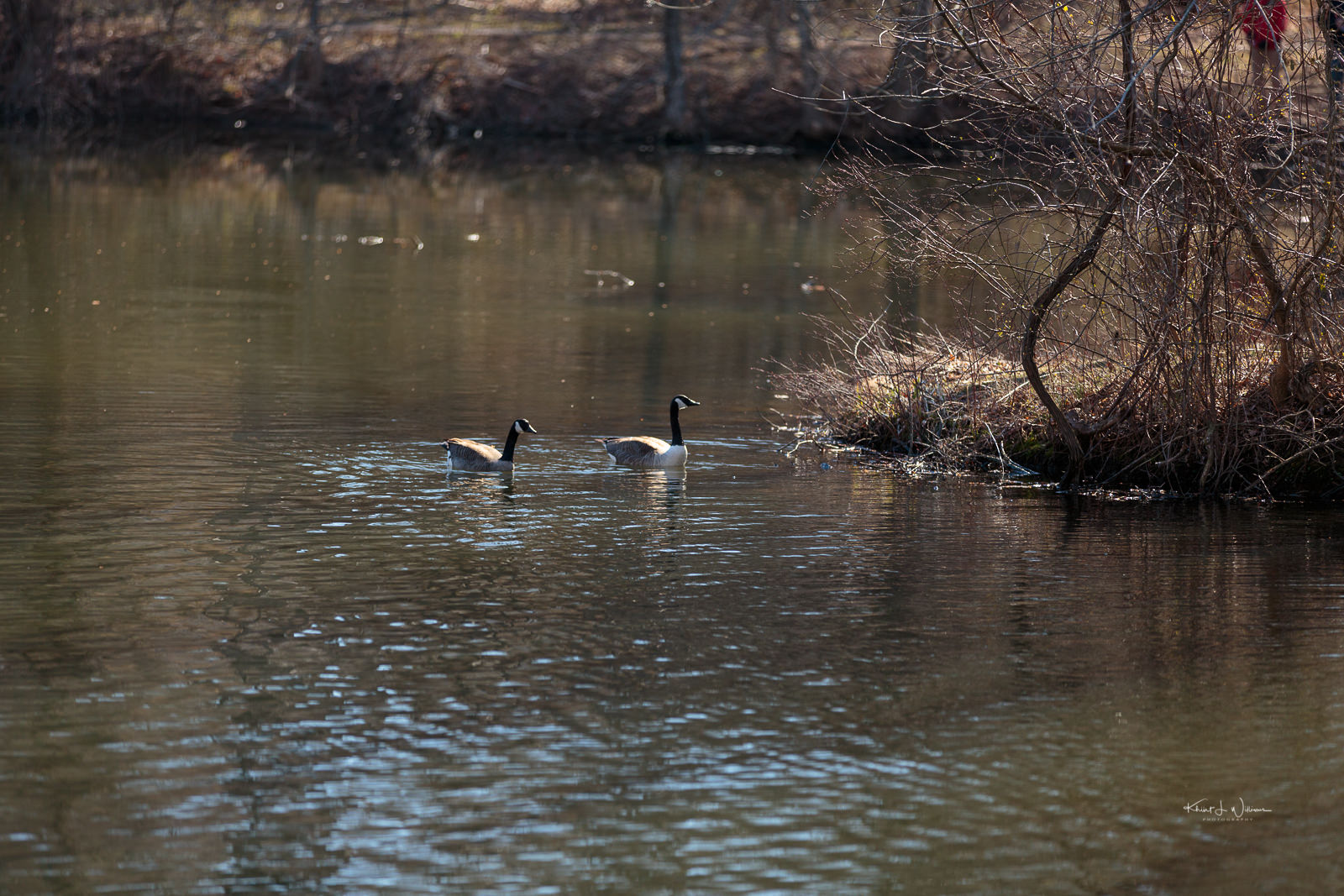 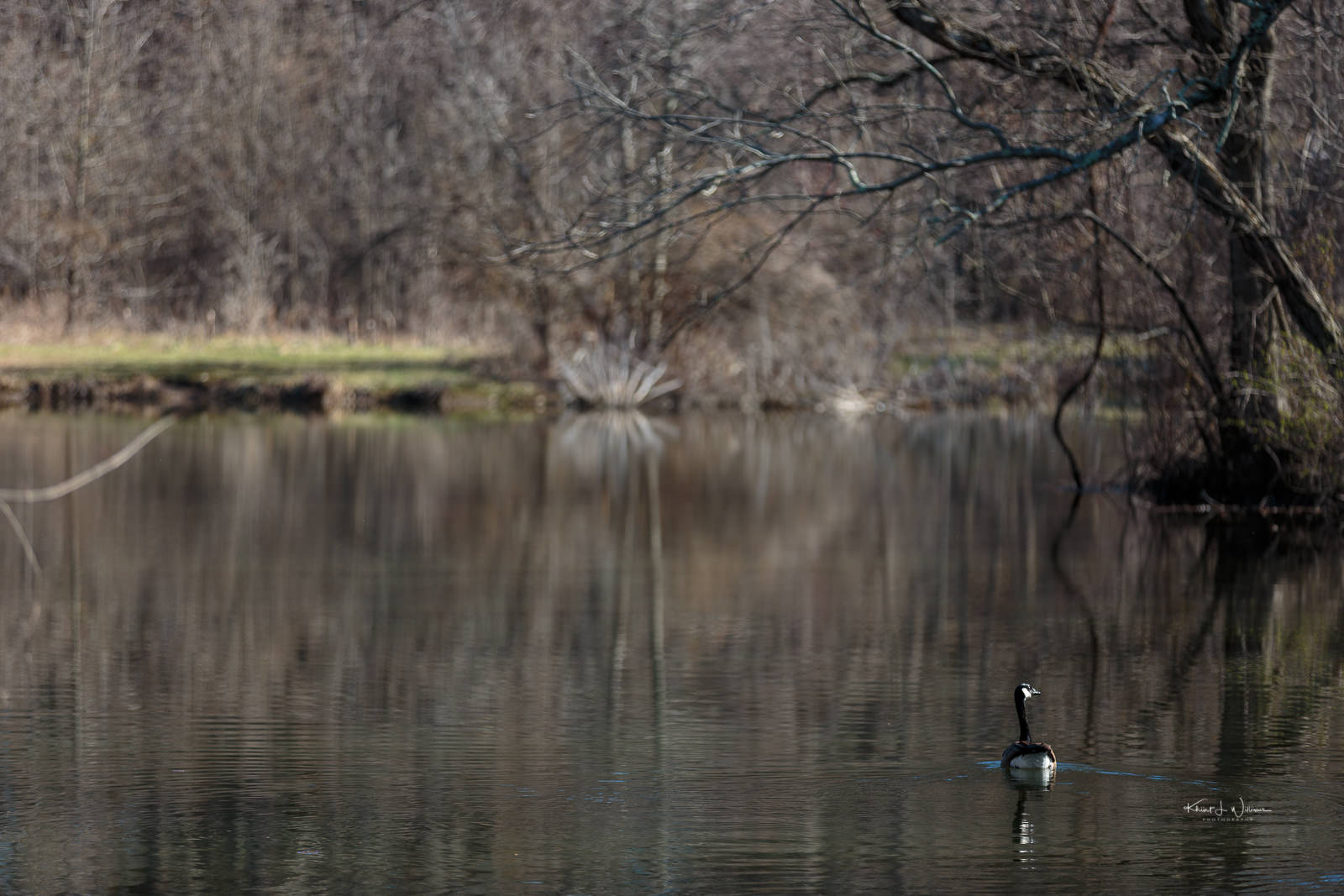 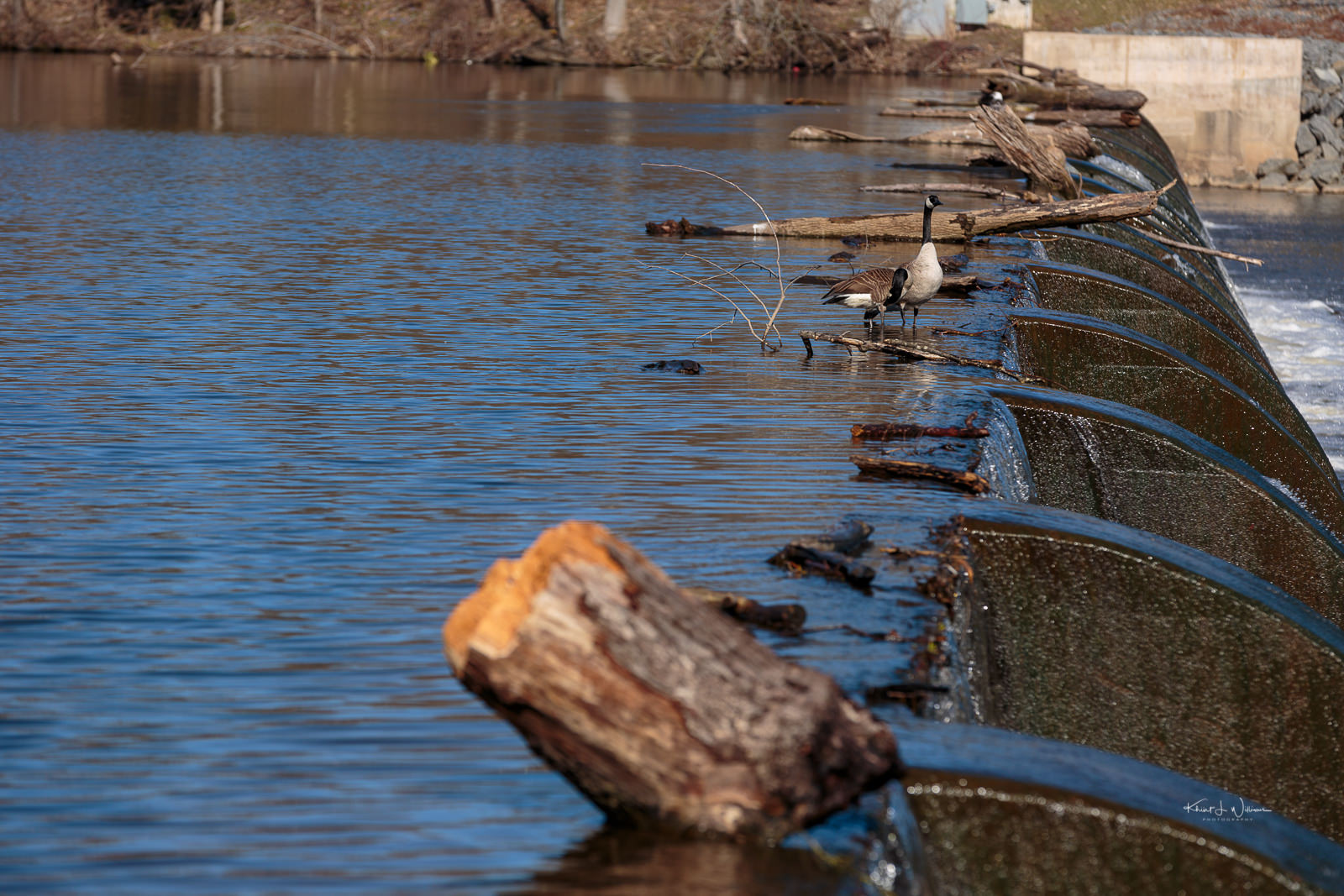 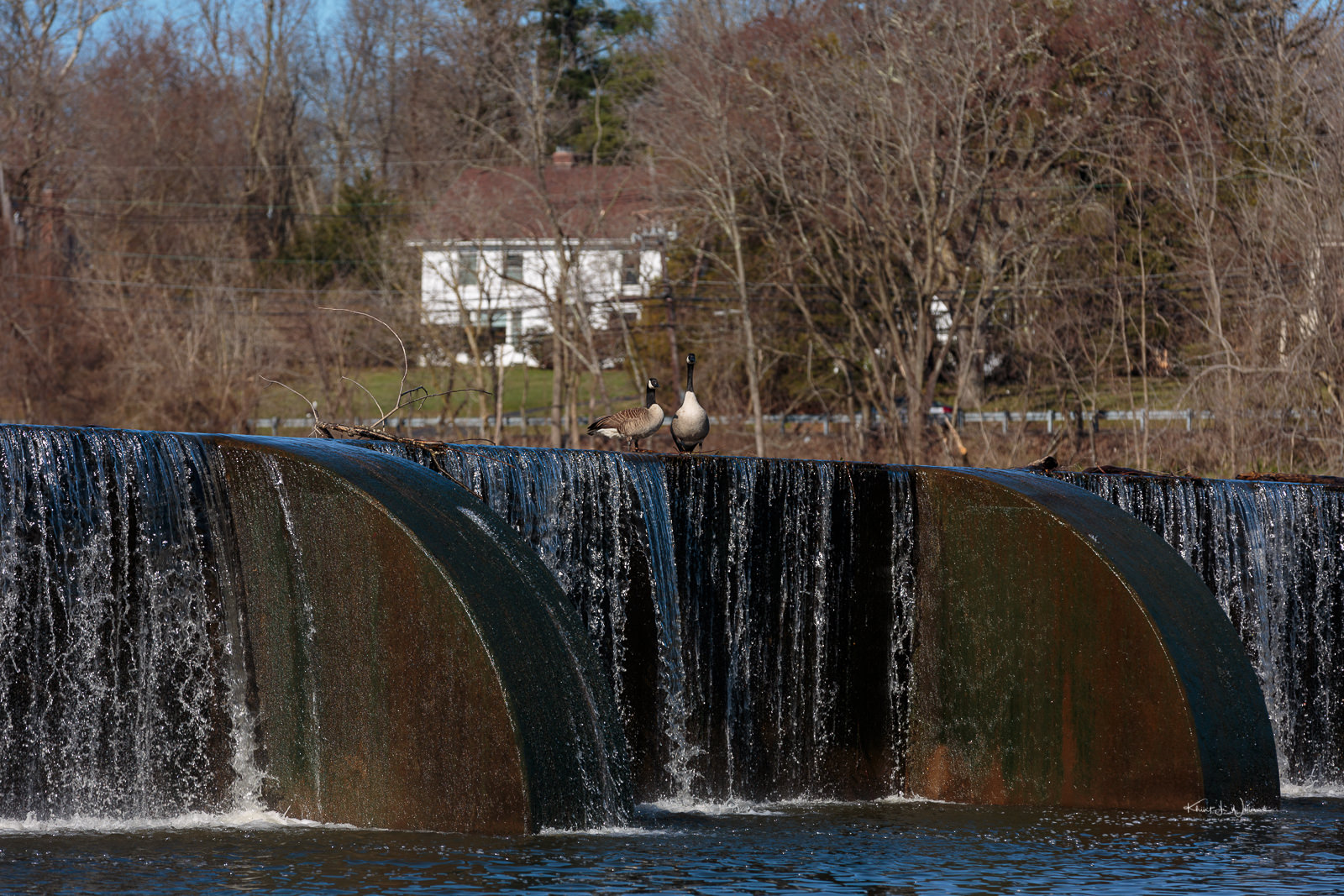 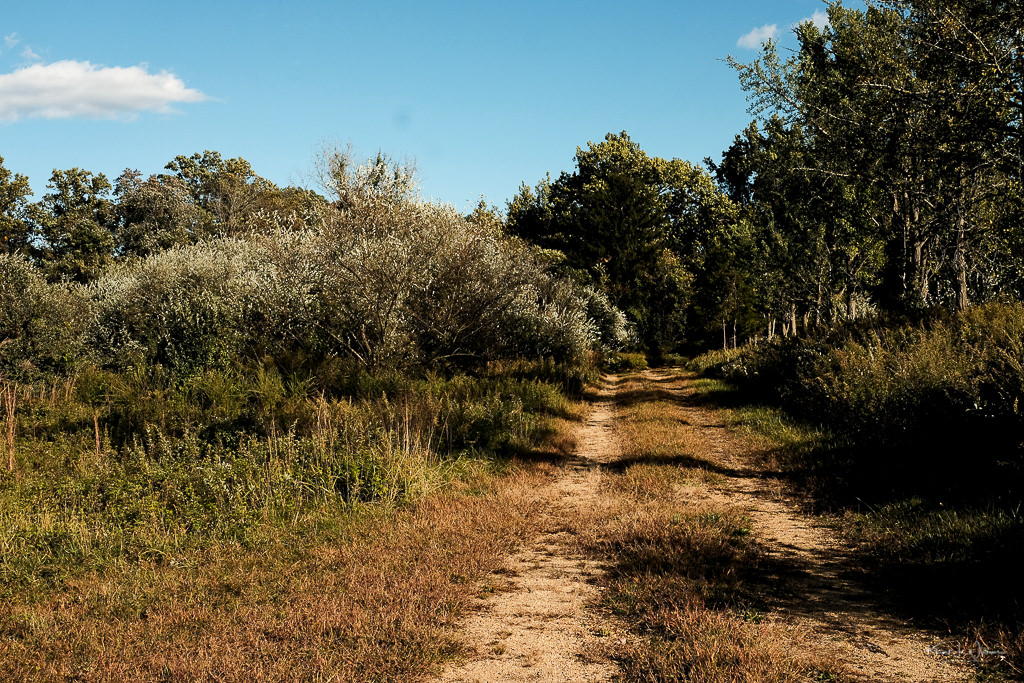 Slow Down to Speed Up 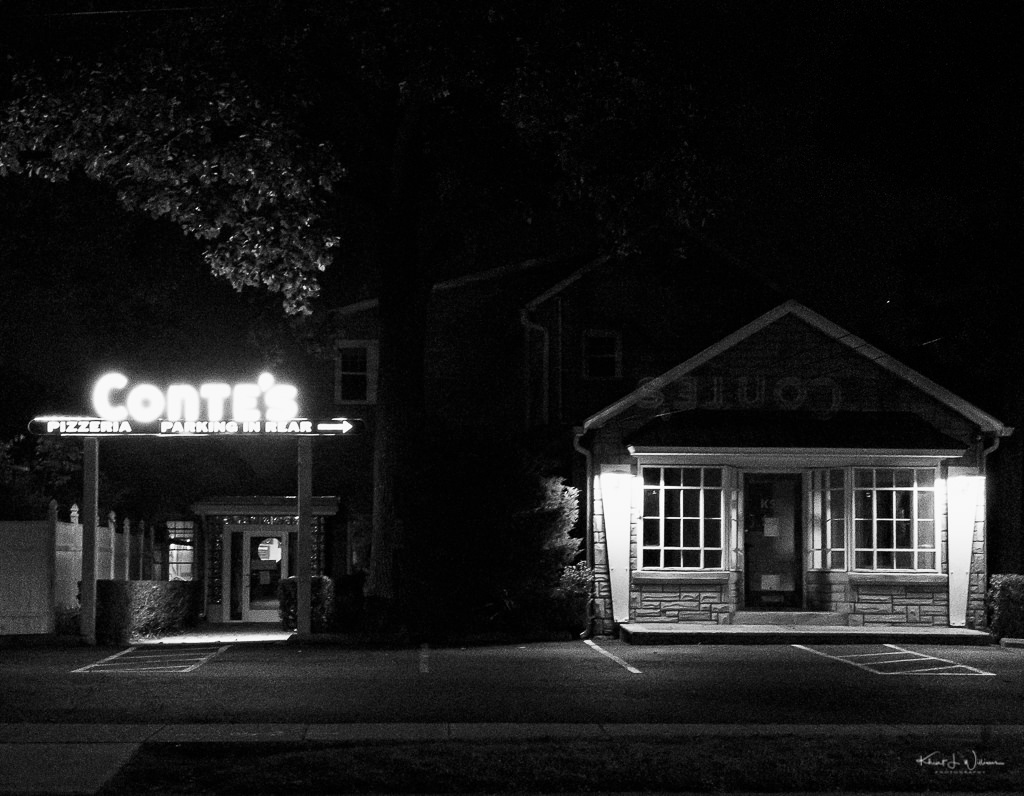