Kiran has a MacBook Air which we just purchased as both high-school graduation (2019) and birthday gift (November). We did the same for her sibling in 2017. When she starts college next year I want her to be somewhat self-sufficient when it comes to tech support. I was thinking through the options for backing up her MacBook Air, and I realised that a Time Capsule would not be a viable solution.

Based on our visit to the college tour, we learned that the colleges she is considering (Oberlin, Smith, Mount Holyoke, etc.) provide campus-wide W-Fi. There are no Ethernet ports in the student residence rooms to connect a wireless access point or router. For the Apple Time Capsule, it could not be connected physically to a router or an Ethernet port. It's also not possible to connect the Time Capsule to the campus Wi-Fi as a Wi-Fi extender.

The bottom line here is that the Time Capsule has been designed to connect permanently to wired Ethernet, college residence halls do not have Ethernet, my daughter will need an external hard drive to use with Time Machine.

DNS has, unfortunately, always had some inherent weaknesses because it’s transported in plain text. DNSSEC has never attempted to address that (crazy, I know). Encrypting all DNS traffic means a fundamental change to the security of the system on the whole and a strong improvement.It doesn’t work at all on my Mac connected via my Time Capsule. Perhaps it was meant to be used on public Wi-Fi hotspots? Encrypting DNS 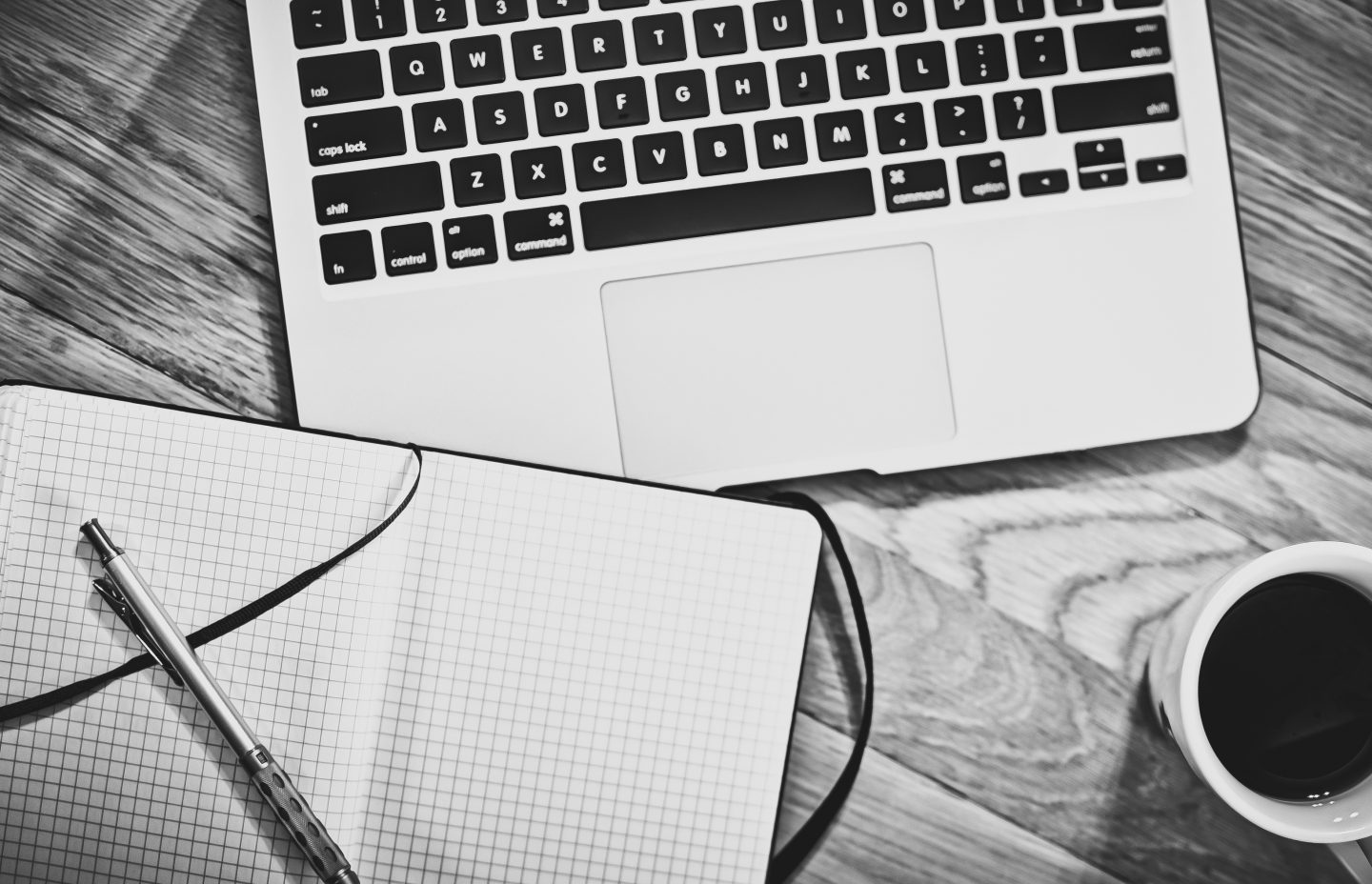 Graceful Flavor’s Jeff Ventura has a recent post about his tech setup. I have no issues explaining what I do for a living — I work in IT security appears to be easily understood by most — and I’m not often asked about my tech. Either I don’t come across as a nerd or no one gives a damn. In any case, inspired by Jeff, I’ve decided to share this with you.

I work in the information security and service assurance department at a mid-size biopharma company. That means we use technology from a decade ago and hardware from auctions on eBay. I know you think I’m kidding but I’m not. Ok, maybe just a bit.

My workday is spent within the confines of Windows XP running SP3 and Office 2007. Windows XP was new when my daughter was eleven months old. She’s eleven years old this year. I have no choice in the matter. The company has bet its IT future on Microsoft software — Windows on the desktop, Exchange for email, Windows Server and SQL Server on the backend. I expect we’ll switch to Windows 7 right around the time Windows 10 arrives.

I spend most of my time using a browser and Microsoft Office —  especially Outlook and PowerPoint. Internet Explorer is the default standard browser (of course) and although Firefox is tolerated I prefer Google’s Chrome browser. It’s fast, standards compliant and has many extension available to make my workday run smoothly. It’s also the best browser for using Google+.

Part of my role requires managing certain user activity logs. For me, that involves UNIX —  in my case Linux —  and Perl and PHP.   I spend a bit of my day logging into various Linux systems, writing scripts, parsing logs and producing reports. I use free ( as in free speech ) software such as PuTTy and FileZilla to access the systems I need.

My company has standardized on HP hardware — for backend Windows and Linux servers — on the desktop.   I was issued an HP EliteBook 6390p — it just slides off the tongue — with every port and button Steve Jobs and Jonny Ive have nightmares about.

I used to be one of those nerds who built his own computer and ran Linux servers from the basement.  Some time ago I realized I was spending more time “fixing” and tweaking the systems than I did use them. I had a Linux server for email and web. I had a BSD UNIX network attached storage server. I had another one for my firewall. I had a Windows domain controller. Shit, I had a whole damn data centre in my basement.

That all changed around 2005 when I bought my first Mac — a G4 Mac mini. I bought the Mac after I discovered it had UNIX underpinnings and the GUI was much easier to navigate than Red Hat Linux. Fast forward to the present. I have no Linux or Windows computers in my home. In 2006, I bought my first laptop ever — a MacBook. In 2009, I got the kids an iMac and bought my wife her own MacBook. I no longer wanted to use my computers for every-geeky things. Using the Mac mini had changed me.

The Mac mini was my first love but the MacBook soon replaced it and then the iMac. The Mac mini can not run Snow Leopard so I may soon replace it. It sits disconnected under my TV where it served as a poor man’s Apple TV for a few years. That role is now served by my MacBook which sits atop our TiVo. The MacBook battery has been replaced twice and I’m no longer willing to spend any money on it. It’s connected via DVI-HDMI to my HDTV. I’m running the Plex Media server which I control from an app on my iPhone 4. I’ve spent the last few years ripping our DVDs — via Handbrake — to an external hard drive. The kids have a lot of content they can view.

Although I bought it for the kids, my main home machine is the iMac. The memory is maxed out —  I also max out the RAM in my computers —  and I have 2TB of external storage. My iTunes library is mapped to a 500GB external FireWire drive which is synced across my network to a 500GB external FireWire attached to my MacBook. Content purchased on the iMac is synced to the MacBook. A second 500 GB hard drive stores my Documents folder. A 1TB FireWire drive holds my growing photo and video catalog. I’ve got the Apple Wireless keyboard, Mighty Mouse, and Trackpad. What can I say, I bleed Cupertino silver?

Time Capsule and AirPort Express configured as a mesh network via the  Wireless  Distribution System.   The AirPort Express is connected to a speaker system so that I can stream music from my iPad or iPhone using AirPlay.

I’ve been bitten by the photo bug. I bought a Nikon D40 in 2006 and added the Nikkor AF-S 35mm f/1.8 DX lens a few years later. Once my iPhoto library grew to over 10,000 photos things started to slow down considerably so last year I bit the bullet —  I feel like I was shot —  and bought Adobe Photoshop Lightroom 3. It easily manages the 30,000+ photos in my catalogue, has wide support for add-on and plugins and allows me much more granular control of the post-processing elements of digital photography.

I’m an app junkie so I’ve got apps for nearly everything and the Mac App Store has just made things worse. I’ve got an app, FBContacts, for syncing my Facebook contacts to my AddressBook. I use the Sparrow mail app to manage my Gmail inbox. Flexibit's Fantastical app makes it easy to add calendar entries to Google Calendar. iCal is my front end to Google Calendar.

To manage my web account password I use the 1Password app. I’ve to an iPhone 4 and iPad (the original) and 1Password syncs between them all using Dropbox. Add a password on my iPhone 4 and have it available minutes later on my iPad or iMac. No friction.

I write technical how-to articles for my self hosted WordPress blog, Island in the Net. I use MarsEdit to edit blog posts but I’ve also started using a more minimalist approach that I’ve picked up from my favourite writers such as John Gruber, Shawn Blanc and Patrick Rhone. I’m writing this very article using the minimalist text app, Byword. It presents an empty canvas onto which I can place nothing but text. I’ve got a keyboard shortcut that, with the QuickCursor app, allows me to trigger Byword and import text from any text field in any app. It’s my preferred workflow for all extended writing activity.

I’m a news junkie and I have a few hundred feeds in Google Reader. Google’s user interface sucks so, of course, I have an app, Reeder, to read my RSS feeds. The app has the look and feels of Twitter’s Mac OS X client.   There is a client for OS X, iPad and iPhone.

Since I sometimes give tech advice to family members and friends I often need to send screenshots of a menu item. I use the CloudApp to drag and drop content. CloudApp immediately creates a link and makes it available via the clipboard which I can paste into a quick email.

On my iPhone and iPad, I’ve got way too many apps. I’ve to the entire iWorks for iOS suite. Since my iPad has replaced my MacBook as my main mobile device, I often do my presentations using Keynote on the iPad controlled by the Keynote Remote app on my iPhone 4. Synergy! Of course I’ve installed the Twitter and Dropbox clients on iOS as well as a multitude of photography apps. I’ve got the every popular Camera+ and Instagram and number of apps for adding filters and other effects. On the iPad, Nik Software's Snapseed app is a better than Adobe’s Photoshop Express app for iOS. Managing my podcast via iTunes was a real pain. I’d first have to launch iTunes, do a refresh, and wait for the podcasts to download before syncing to my iPhone. Instacast eliminates all that friction. I manage and update my podcasts directly in that app over Wi-Fi or 3G.

I like good coffee and I can often be found in coffee shops around town. Coffee shops play some of the best music often stuff I’ve never heard. Instead of bugging the staff to let me look at the playlist to find that song that was just on, I now launch the SoundHound app and wait a few seconds as the app samples and searches its database. I’ve bought a lot of music this way.

I've spent a lot of money on software but my photos, home video, and documents are more valuable to me.   Nothing would be worse than a hard drive failure that wiped out precious memories and important financial documents.   So, of course, having a backup plan is very important. After much experimentation, I've settled on a system that keeps multiple copies of my important documents.  I recently started using CrashPlan.   It's as complete as any backup solution needs to be.   It backups to an external hard drive, across  your network to another computer or NAS, or if you have the bandwidth, for $50/year you can do unlimited data backups  to CrashPlan's cloud.   Comcast caps my bandwidth — 250GB/month — so for a little extra money, CrashPlan shipped me a 1TB disk onto which I backed-up  my precious data.   I shipped the drive back and they placed my data online and my backups continued — just the differential.   If I suffer a drive failure CrashPlan will allow me to restore from the online backup or for a nominal fee ship me a drive containing my data so that I can restore more quickly.   Again, I like friction free.