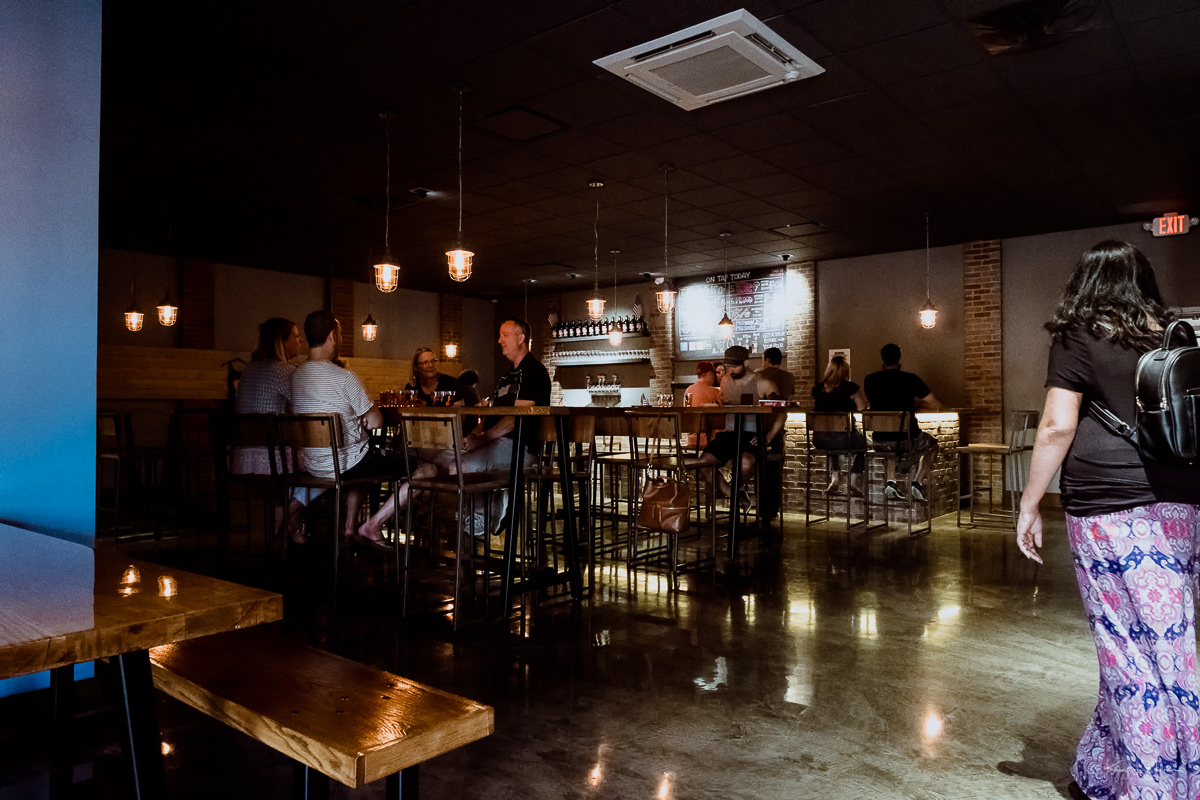 Name: Jersey Cyclone Brewing
Location: 14 Worlds Fair Drive Unit J, Somerset, Somerset County, New Jersey
Beer to try: Imperial Storm Cloud and Red Skies At Night
Notes: Taproom provides flights and growler. Visitors can stop by for tastings and tours on Thursdays and Fridays from 5 to 10 p.m. and Saturdays and Sundays from noon to 10 p.m., where they can try beers such as the Eye of the Storm, A Quarter Of Kolsch, Snowtober Vanilla Coffee Porter and Franklin Double IPA.

It was our first time to Jersey Cyclone, which has been open for just under nine months. Having become accustomed to small breweries with small taprooms, spaces barely more significant than a two-car garage, when we walked in, we were pleasantly surprised by the size of the space. We walked past the tables and high chairs and sat at the bar but then remembered we needed to take a tour of the brewery. It's the law in New Jersey.

This was not my first brewery tour, but I always have questions. The staff was friendly and patiently answered my questions about the brewing process, who the owners were and why they started brewing beer and why the name Jersey Cyclone.

Close friends, Jan Chwiedosiuk and Brian Teel, started home brewing their own beer about eight years ago. It was also around the time Hurricane Irene came through New Jersey and brought devastation to Chwiedosiuk's family business and disturbed Teel's attempt to sit his CPA exam.

For those who don't know, New Jersey gets cyclones; not a lot but at least one or two each year. We also get hurricanes, which technically, are a form of water cyclone. The names of the ales are a tribute to the whacky weather we get here in New Jersey.

Back at the tasting room, a 2,500 square-foot space which can easily accommodate about 80 people, we ordered two flights of four, one for Bhavna and one for me. We completed our first flight while conversing with a man at the bar. I love how the beer culture is so inviting.

I enjoyed the Red Skies At Night, a Saison brewed with hibiscus, ginger and lemon peel. It smelled great.

I ordered the second flight of four to complete my tasting of the eight beers on the tap list, including the Imperial Storm Cloud, which the brewery describes as:

Hot and hazy summer days bring dark clouds and strong storms just like our Imperial Storm Cloud. Once again, we used a large portion of flaked oats and wheat in the mash to provide a rich mouth feel. Subtle caramel malts were added to provide balance and sweetness to the massive dry hop additions. We selected a delicious blend of Idaho 7, Amarillo and Australian Ella hop to provide bold tropical and citrus forward flavors of Mango, Tangerine and Passion Fruit.

We both enjoyed Storm Clouds, and I like the Red Skies at Night, so we took home a growler of each.