I was born and raised on the tiny Caribbean island of St. Vincent. Growing up, my cousins and I would always go on adventures together. One of the most memorable experiences of my life was hiking with my cousins to the top of La Soufrière volcano.

La Soufrière is not to be confused with Soufrière Hills in Montserrat, La Grande Soufrière in Guadeloupe, or the Soufrière Volcanic Center (Qualibou) in St. Lucia. La Soufrière means "sulfur outlet" in French, and I can only imagine that the people who colonised St. Vincent (Saint-Vincent), Guadeloupe, and St. Lucia (Sainte Lucie) and Montserrat (Santa María de Montserrate) were not inspired to be original. 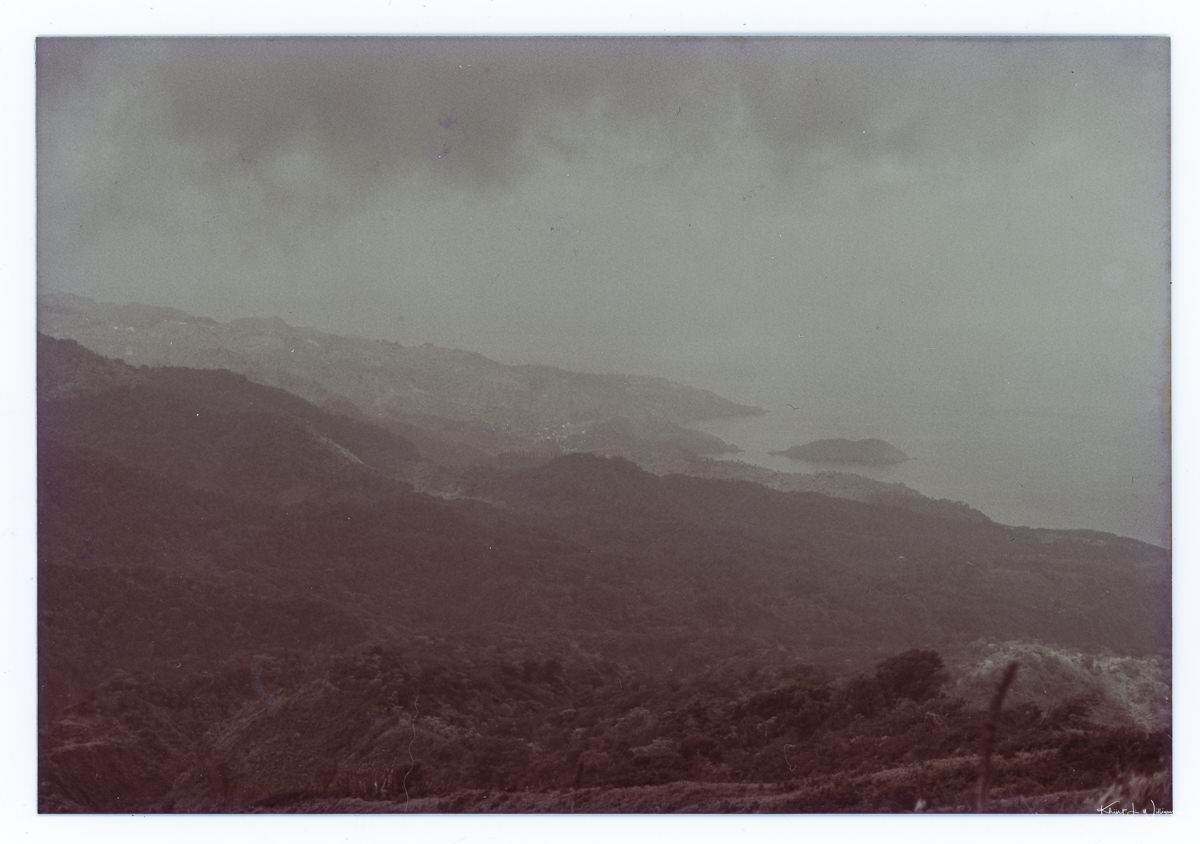 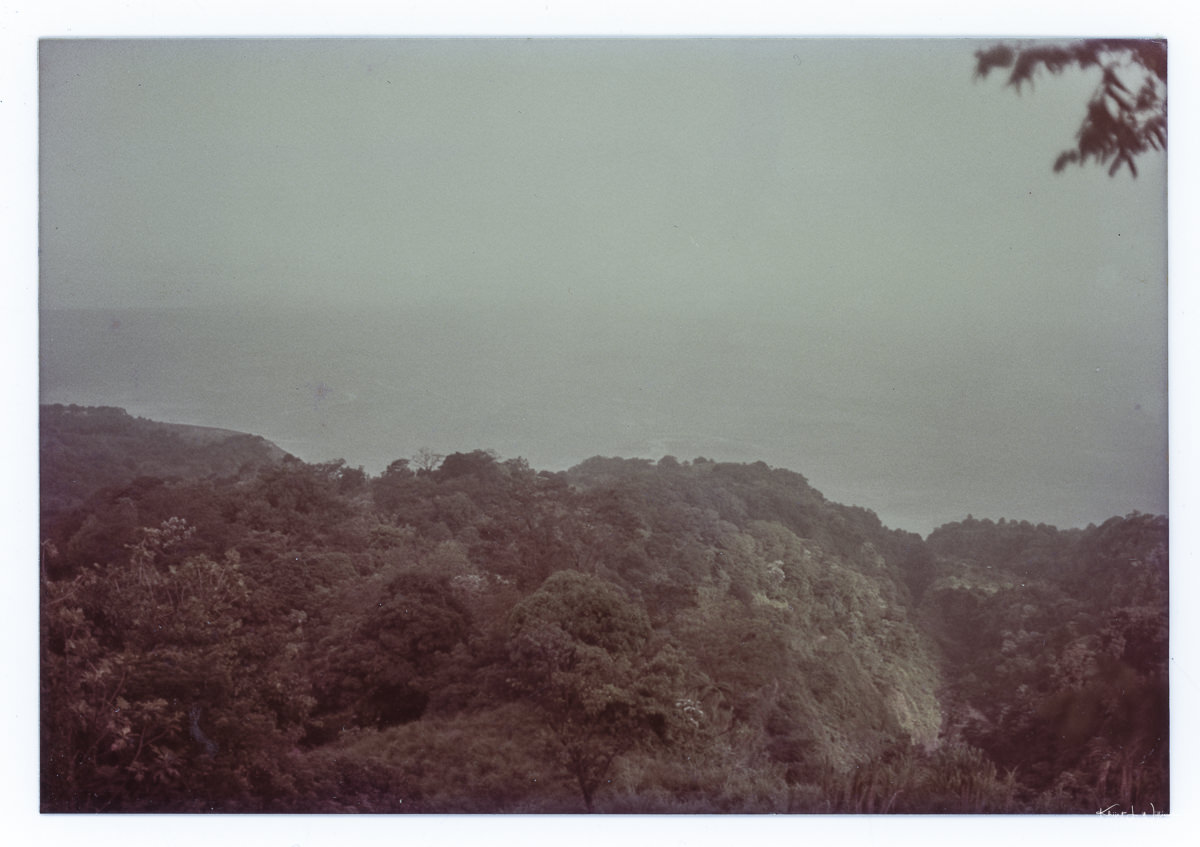 La Soufrière is an active stratovolcano in St. David Parish on the northern end of St. Vincent, the largest island in the island chain of Saint Vincent and the Grenadines. At 1,234 m (4,049 ft), La Soufrière is the highest peak on Saint Vincent as well as the highest point in Saint Vincent and the Grenadines. It has had five recorded explosive eruptions since 1718. The latest volcanic activity began in December 2020, leading to major eruptions starting on April 9, 2021, . Mom escaped to St. Vincent during the pandemic, living at the family home on Dorsetshire Hill in Kingstown on the southern part of the island. She could see the ash plume from the backyard. The volcanic eruption spewed ash and pyroclastic flow, a deadly mixture of superheated gases, rock and volcanic mud, but fortunately, Mom was safe on the southern part of the island. 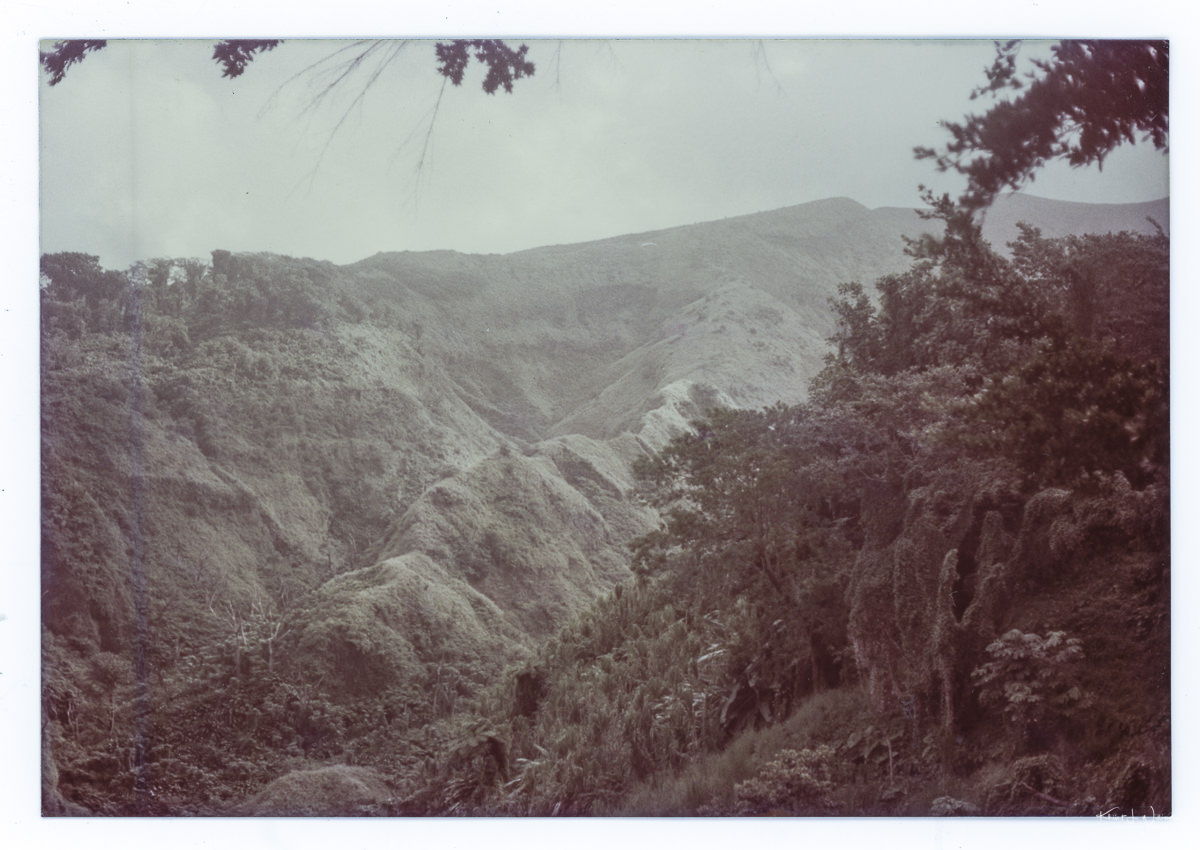 Soufrière has a crater lake, and visitors can view the volcanic crater during inactivity by following a hiking trail that ascends through the rainforest to the rim.

I think it was the summer of 1983 or 1984 when I was 17 or 18. We had just moved back to St. Vincent from Antigua and had to reacquaint ourselves with the family we had not seen in almost a decade. My Uncle Clifford was the Chief Surveyor for the government of St. Vincentian and the Grenadines. He knew all the fantastic and remote places on the island and how to get to them. One day he arranged for a hike to the rim of La Soufrière volcano. I don’t recognise all the faces in the photographs, but the group included my cousins (standing right to the left) Debbie, Karen, Samantha, Iain, my brother Bruce, family friend Sheridan, Alana Hull, myself, and unknown. I don’t know the names of the people in the front row.

Setting out in the early morning from my Uncle’s home in Ratho Mill, we packed our bags with water and squeezed into the back of Uncle Clifford's Land Rover. We arrived at the trailhead under thick clouds and set off on the trail. The only way to get to the top was by foot, so we had to hike for miles through the thick, hot, humid tropical rainforest to reach the summit. The trail was steep and covered in loose rocks, but we took our time and often stopped to rest and take in the scenery. 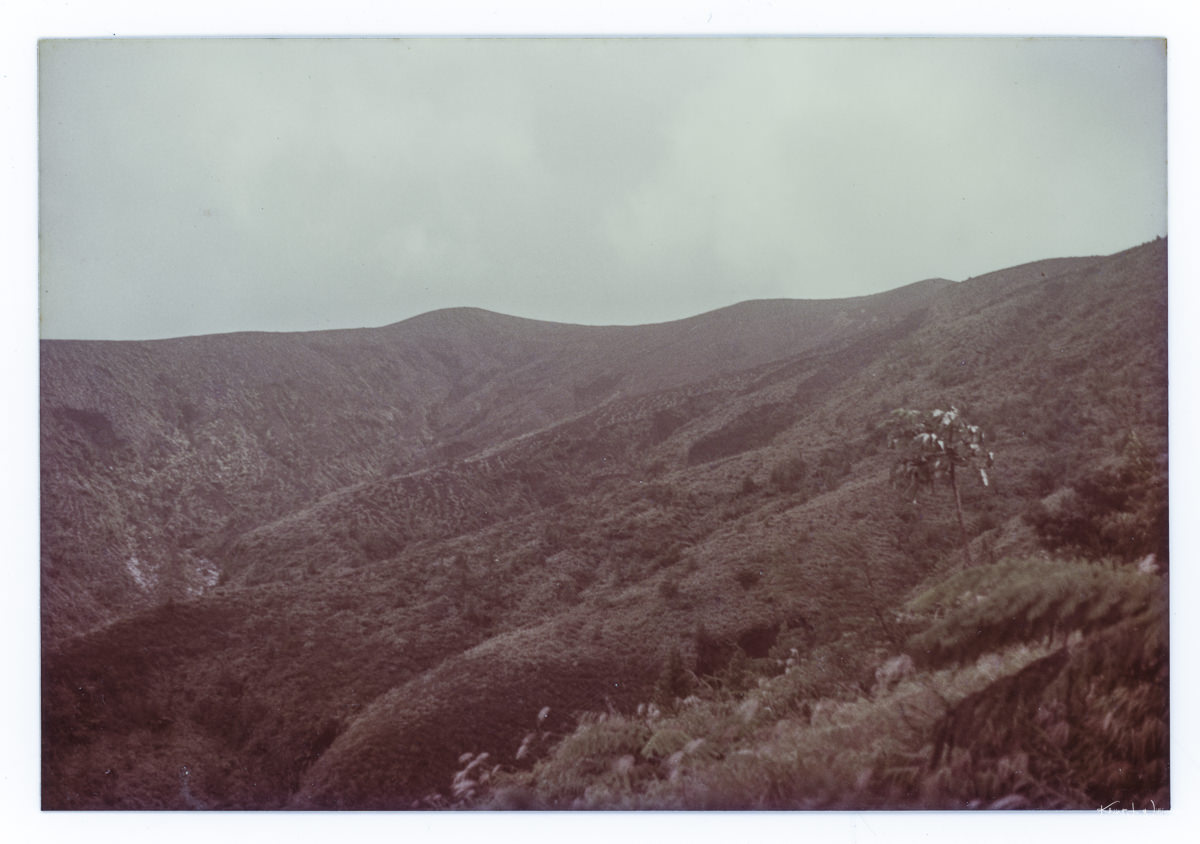 As we hiked higher and higher, the vegetation changed from dense rainforests to scrubby bushes and barren rock. The hike was challenging even for young teenagers, but it was worth it when we reached the top and saw the stunning views. 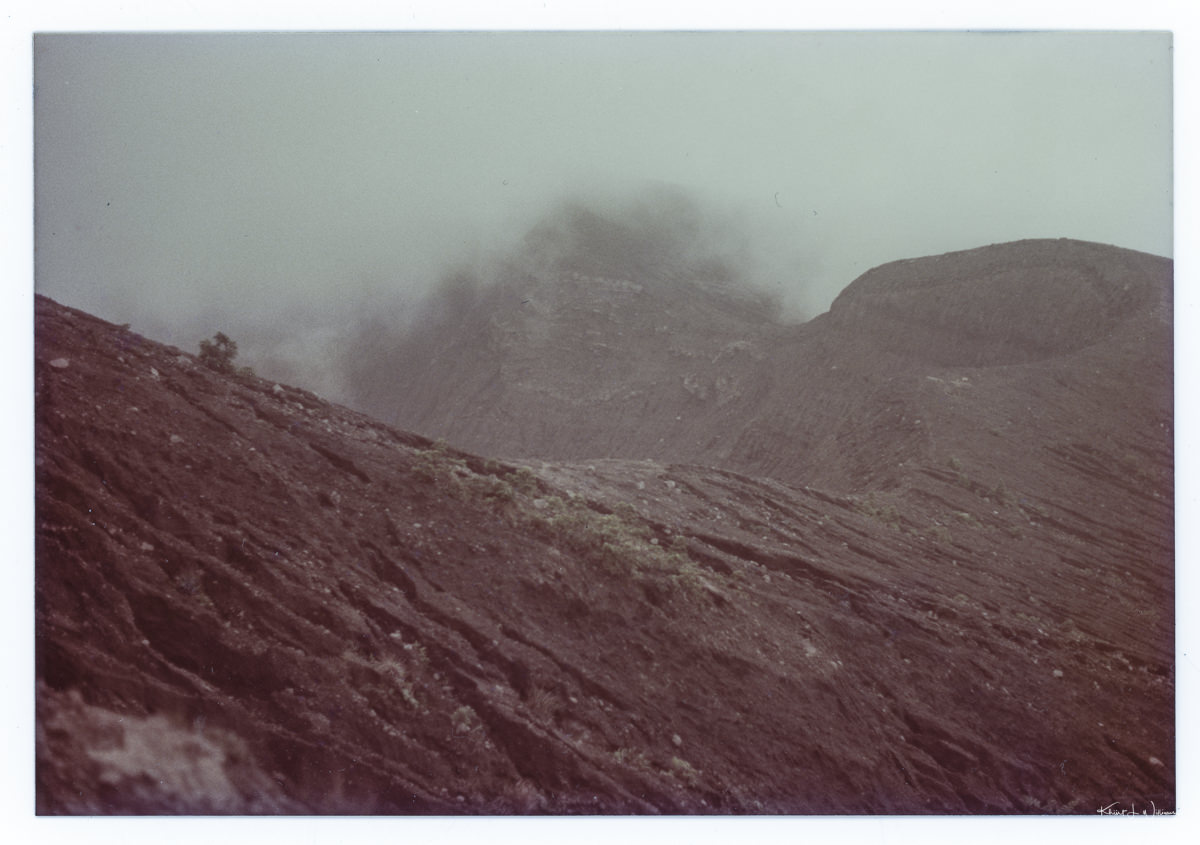 The view from the summit was incredible. We could see for miles in every direction. We even got to see lava bubbling inside the crater! 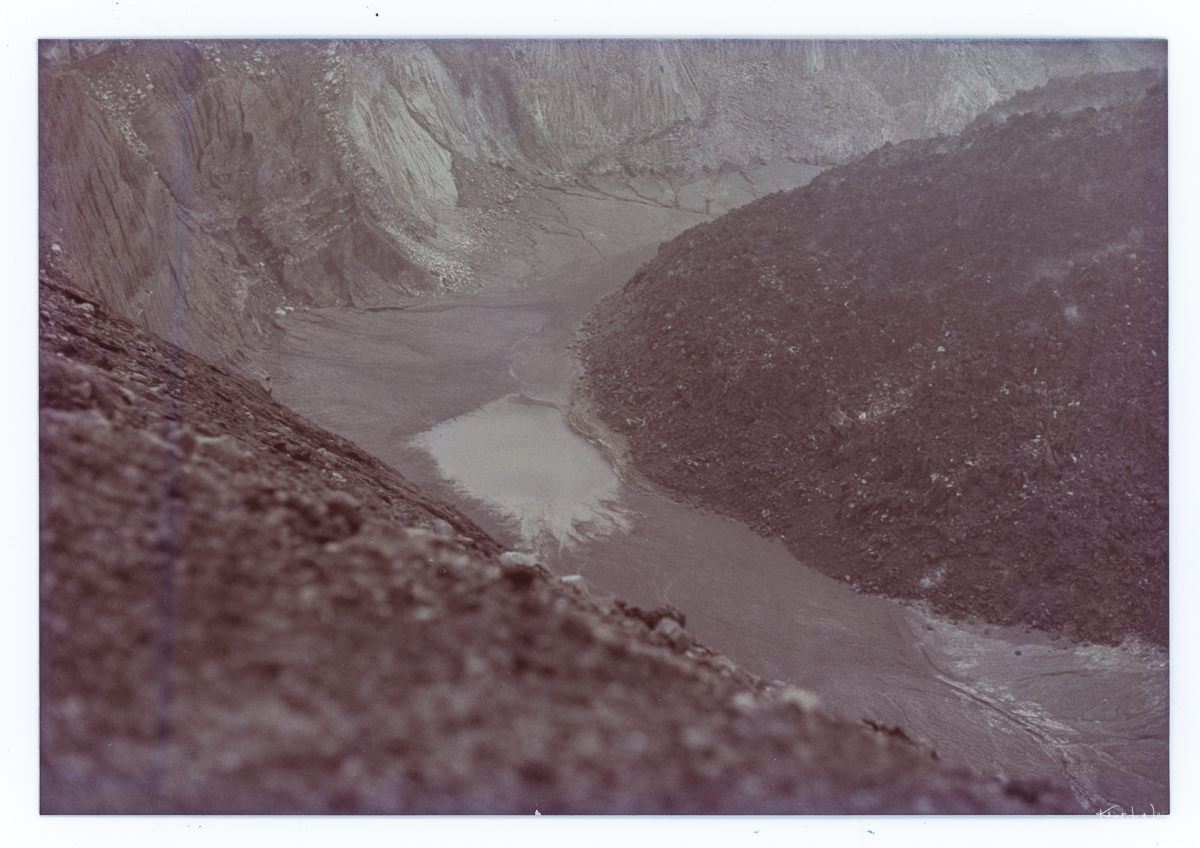 By the time we reached the rim, we were exhausted, and our bodies were cold from being in such high altitudes. We had no coats. But luckily, my Uncle Clifford had brought along a bottle of rum for us to enjoy, which warmed us up in no time. Warming up with a few sips of rum made the experience more memorable.

After spending some time at the top, we started to head back down. By the time we reached the bottom, we were again all hot and exhausted, but it was a hike to remember.

Hiking is one of my favourite activities in New Jersey, and I'm so grateful that I had the opportunity to do it in such a beautiful place with my family. It was an incredible experience. The views from the top were breathtaking, and I'll never forget how excited I was to stand at the edge of an active volcano, and I'll never forget warming my cold body with rum at the end of the day! 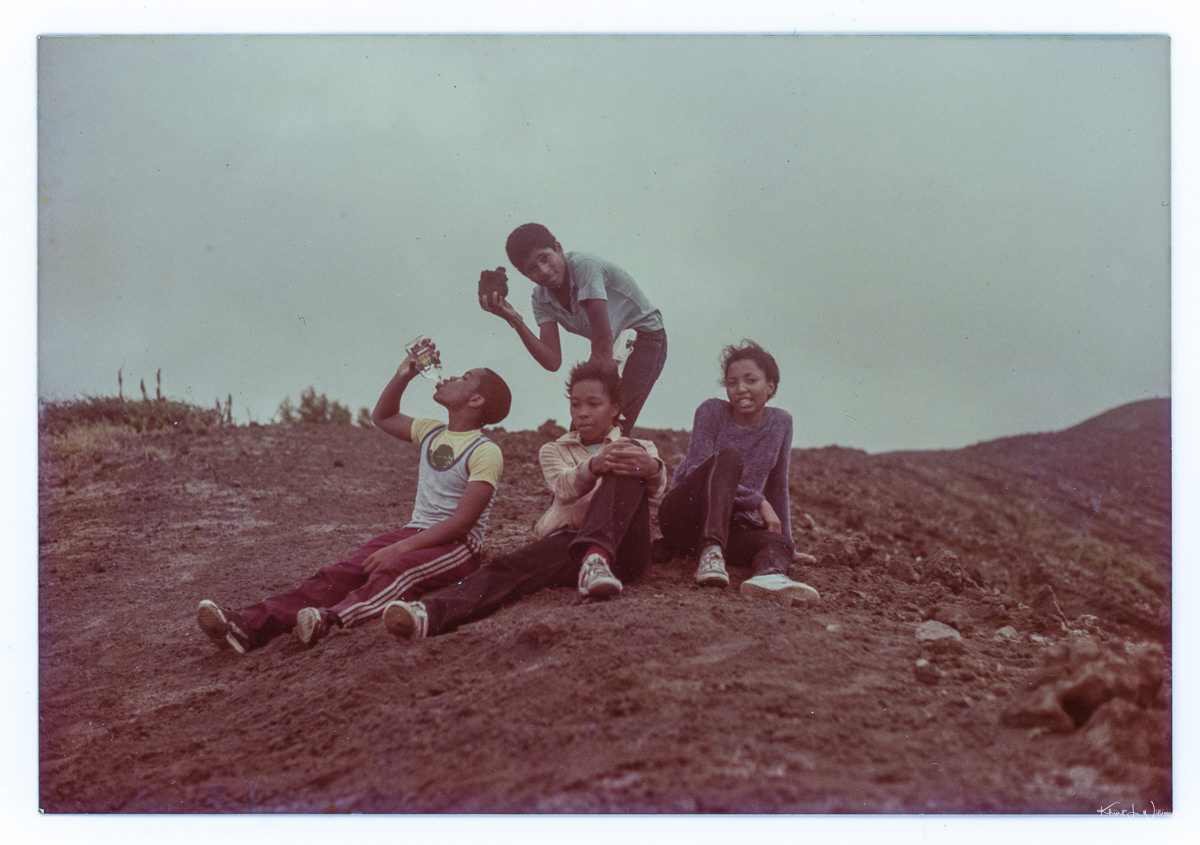 Iain, Giselle, Alana and Bruce (back)

If you ever have a chance to visit St. Vincent, I highly recommend doing it! Just be sure to wear good shoes and bring plenty of water - you'll need it for the hike!

I think my Uncle Clifford captured these photographs. He became an avid photographer and videographer due to his work surveying lands for the St. Vincent government. The back of the prints says Printed on Kodak Paper, and I can only assume that the film stock was also from Kodak.

People with diabetes use iPods. 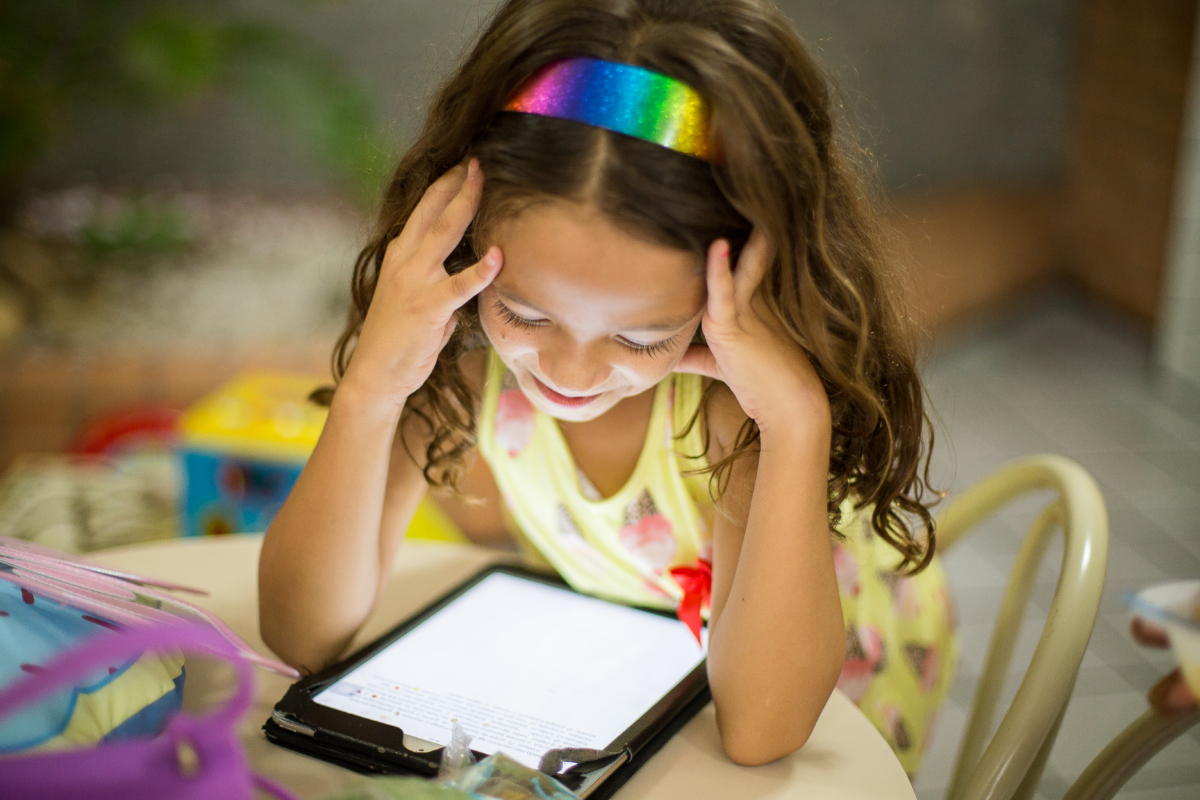 The iPad Is A Consumption Device