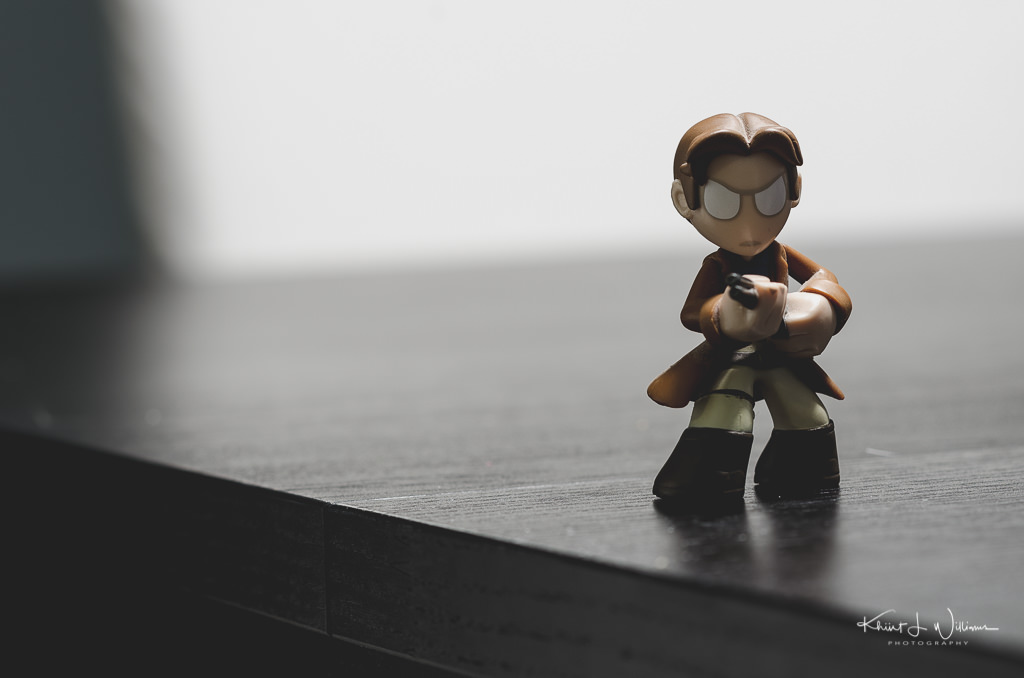 I've had the Kenko Auto DG 12mm, 20mm, and 36mm macro extensions tubes for over a year, but I have not used them much. When I bought them, I was very excited but had little experience with macro. I still have little experience with macro. This summer, I experimented with shooting macros of sunflowers and insects, but I was not too fond of the results.

The Extension Tubes have no optics but extend the distance between the lens and the camera sensor. The result is that the sensor's focusing point is moved closer to the front of the lens. This allows a lens to focus closer than the natural focusing distance of that lens. This magnifies the subject, making it appear larger. This is useful for doing macro photography without a dedicated macro lens.

Recently I was reading some of the feeds in the WordPress Reader. One of the articles about macro photography inspired me to pull out my Nikon 85mm f/1.8 and my Kenko Auto DG 12mm, 20mm, and 36mm extension tubes. The Kenko DG extensions tube set has three metal tubes of different lengths - 12mm, 20mm, and 36mm - stacked individually or in combination to increase magnification. I wanted to test which set of tubes would work well with the lenses I have; my AF-S Nikkor 35mm f/1.8 or my AF-S Nikkor 85mm f/1.8.

I wasn't sure which lens to use with the extension tubes, but I shot one image with the Nikon 35 mm f/1.8 and realised that the focusing distance was too short. The front of the lens was mere millimetres from the subject. The point of the extension tube is to be able to shoot close up and magnify the image. Because the 35mm already has a short focus distance, using the Kenko moved the focus distance so close, it was basically inside the lens itself.

Switching to the 85mm provided magnification but enough subject to camera lens distance to allow me to shoot closer. I chose “Mal” as my subject. I received the figurine in one of the Loot Crate I received last year. "Mal" is the name of the main protagonist from the show "Firefly". Firefly was one of my favourite shows until it was cancelled after just one season. I'm not sure why I enjoyed this show so much, but I've watched it several times on Netflix. Maybe I liked the characters because they were regular people just trying to survive in a dangerous universe. Maybe I like the show because the characters are very human, flawed. Mal means "bad" in French. The Firefly characters became like family to each other. And to me.

This post's featured image is the subject shot with my AF-S Nikkor 85mm f/1.8 without extension tubes. I then attached the 12mm and took another photograph. With this extension, I was able to get in much closer to "Mal". The magnification ratio with the 12mm is approximately 1.25. The image should appear 1.25 larger in my viewfinder.

Because the extension tubes also impact the depth of field, I adjusted the aperture to increase the depth of field for each tube. Doing this, of course, also increased the exposure times.  To keep things in focus, I shot these images with the camera mounted on a tripod. 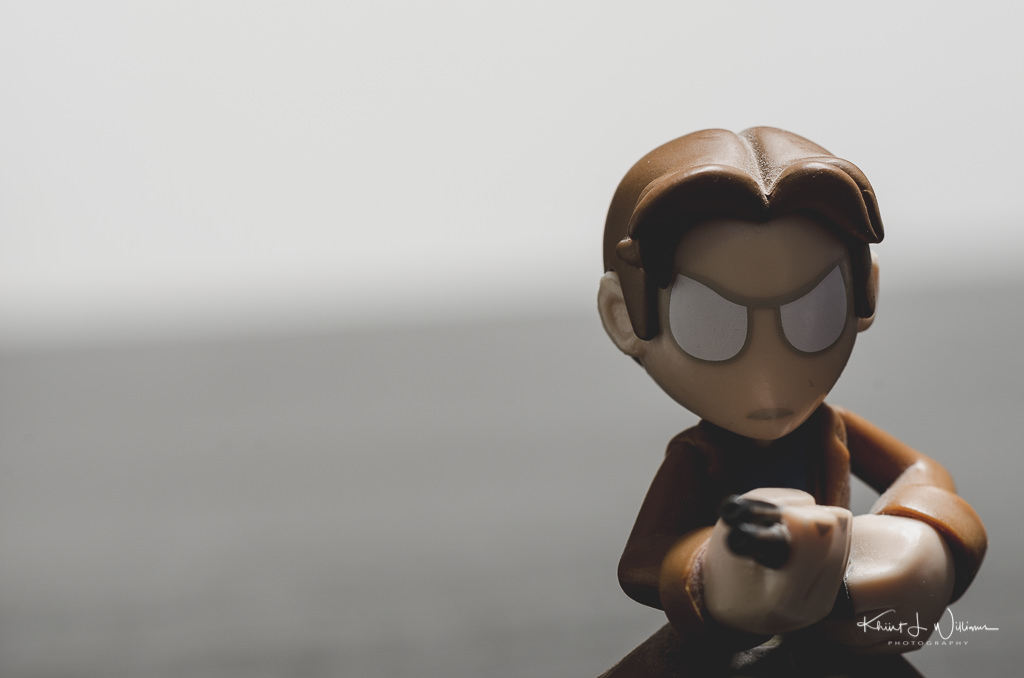 The following image below was taken with the 20mm extension attached. The magnification ratio of the 20mm tube is approximately 1.36. I was able to move in closer to Mal and fill my viewfinder. 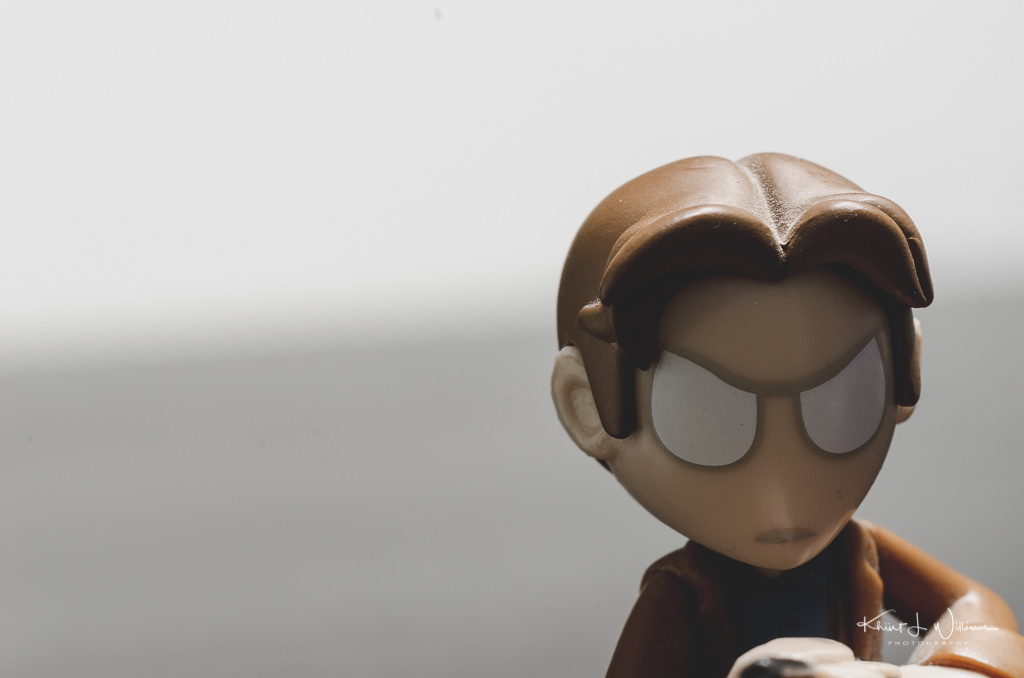 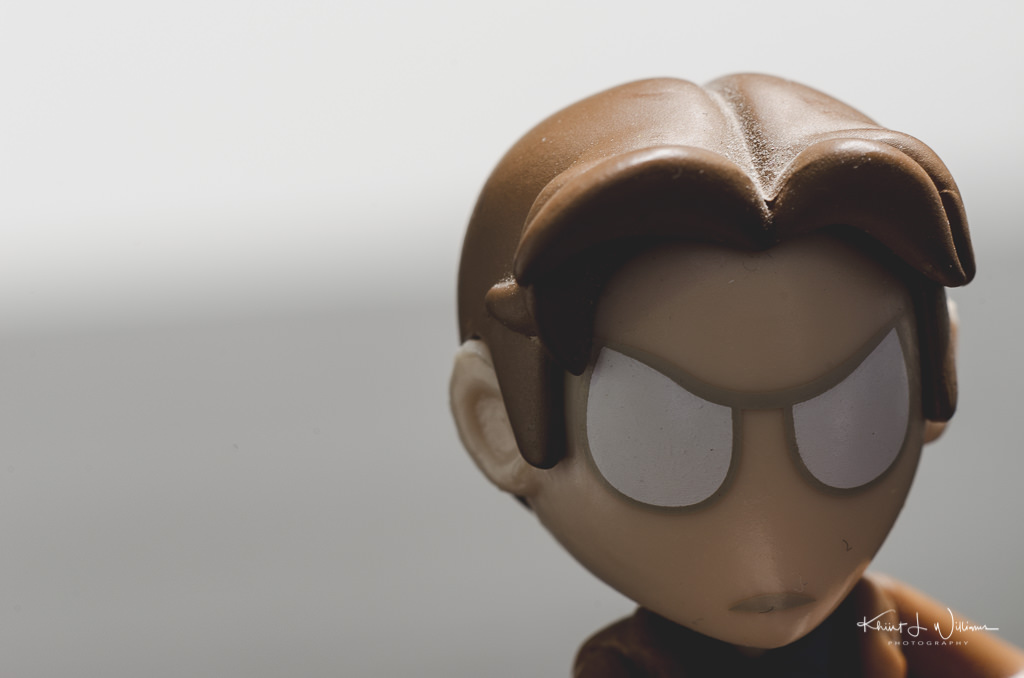 Lastly, I stacked all the tubes together and took my last shot. It's like Mal's is life-size and staring at me from right in front of the lens. The combined magnification ratio is approximately 2.79. Not at all 1:1. 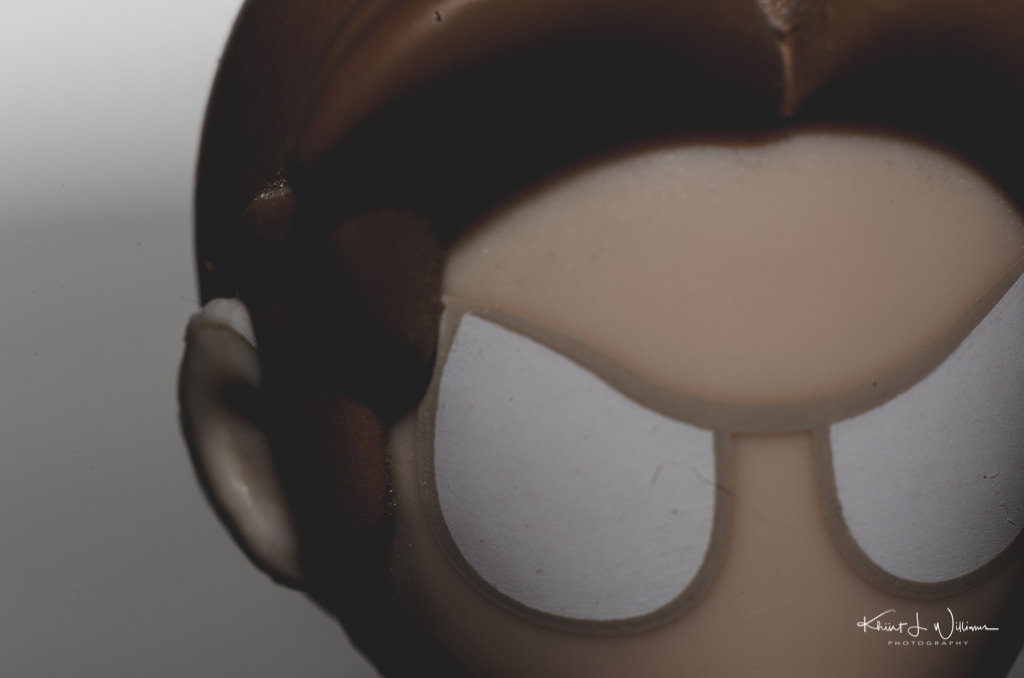 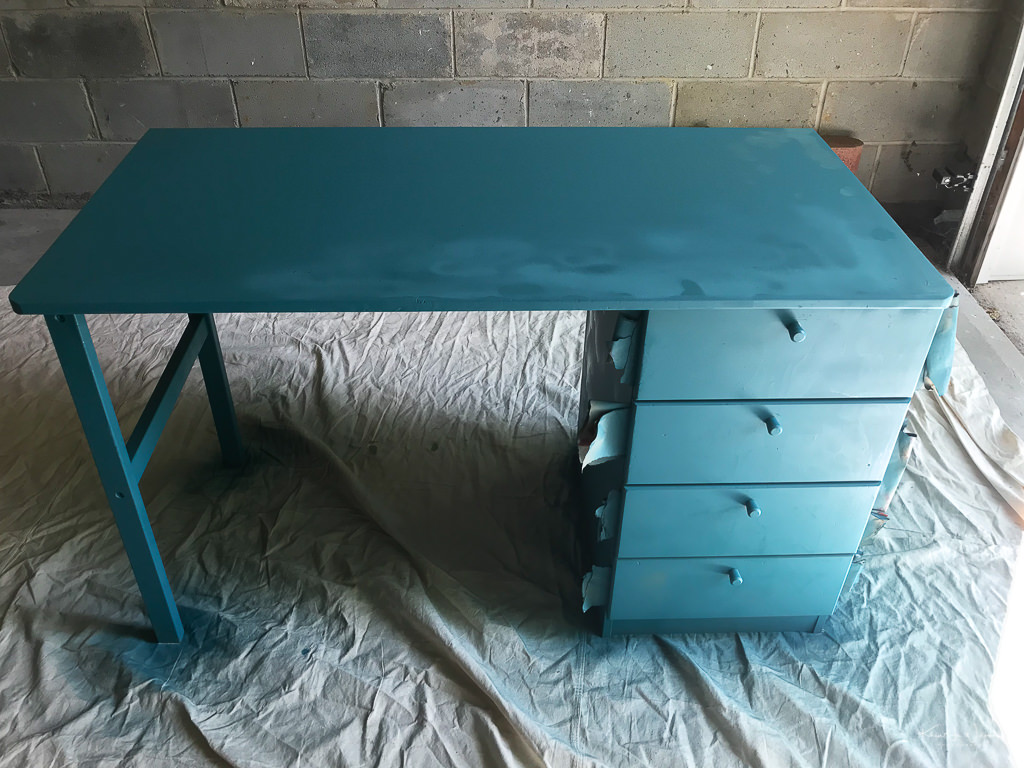 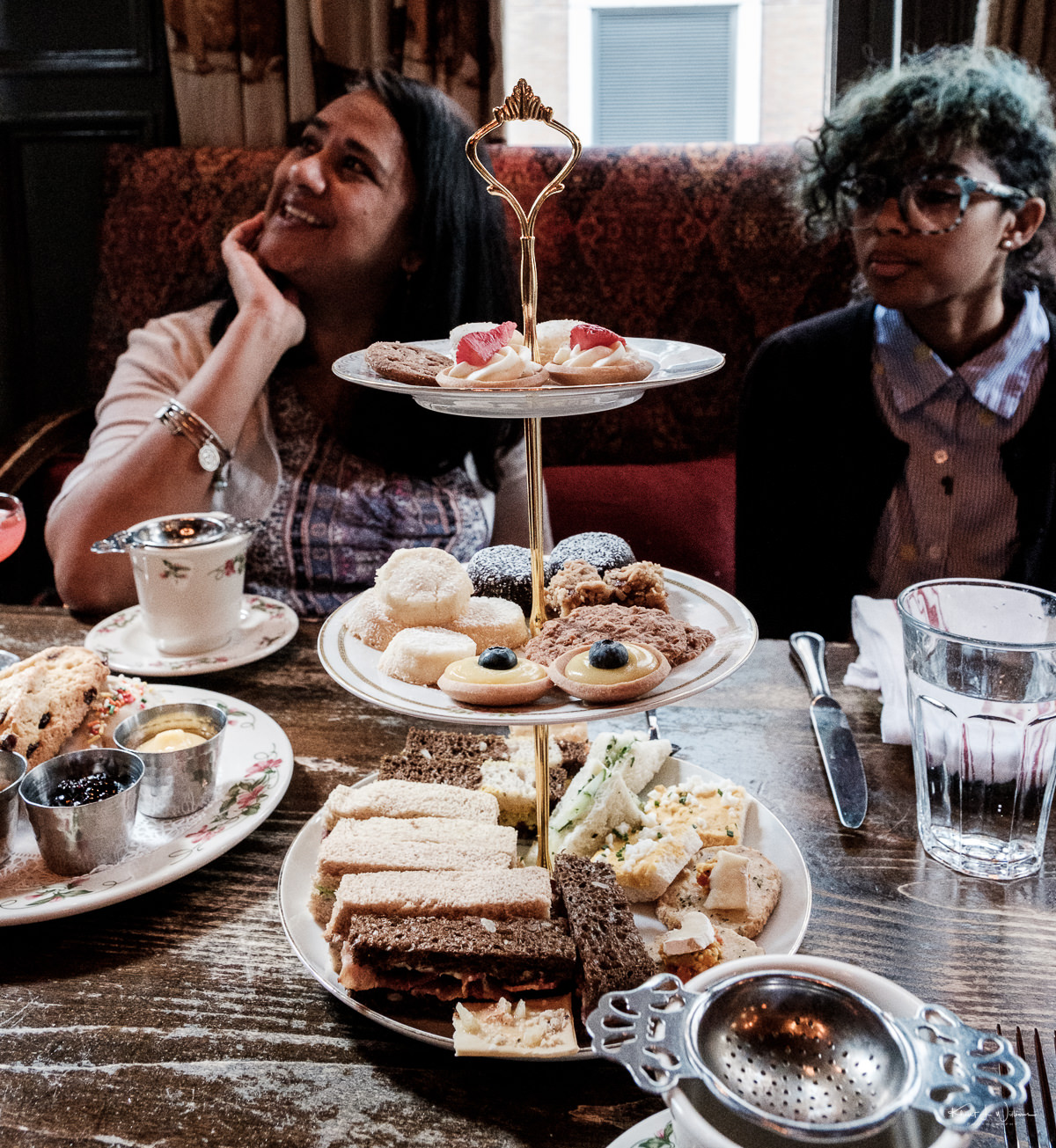 Afternoon Tea at The Dandelion 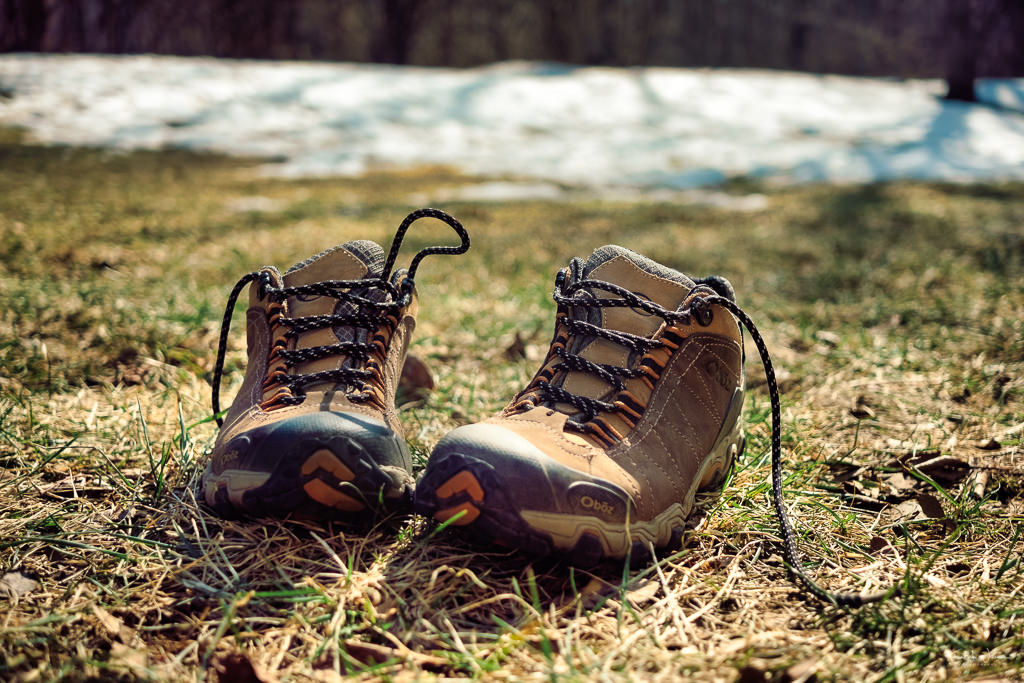