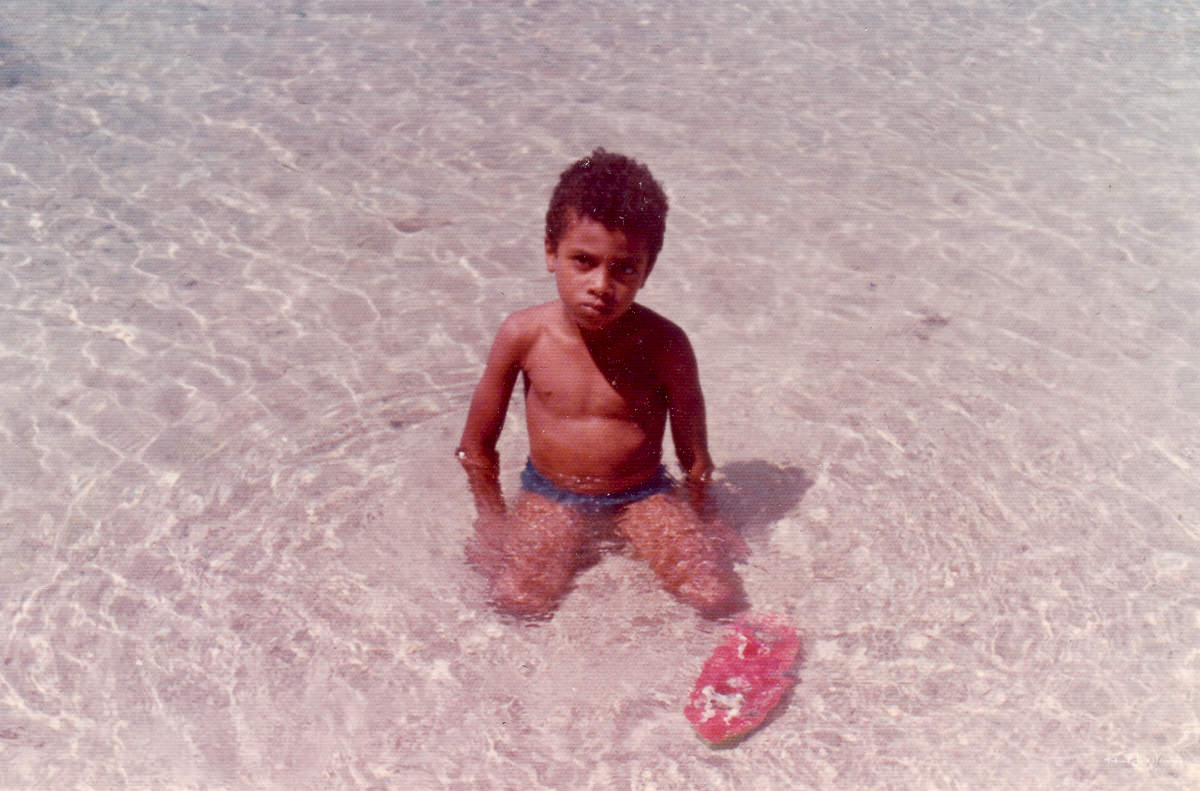 My father, Cooper Williams, was a banker, and following his career path, we moved around between the islands. During that time, I lived in a few other West Indian islands, including Saint Lucia and Barbados, where my baby brother was born, and Antigua & Barbuda, where I spend my early teenage years. We could easily travel and live between these island nations because of their membership in the Commonwealth of Nations.

My early childhood (the mid-1960s to early 1970s) was between a rented home in New Montrose in Kingstown, St. Vincent, and the Barclays Bank house in Port Elizabeth, Bequia. I spent a lot of time with my grandparents in La Pompe.

I don’t recall the dates, but we lived in Castries, St. Lucia, for a few years before I turned 11. In the late 70s and early '80s, I lived in Antigua and Barbuda during my early teenage years. In 1983, my family moved back to St. Vincent and the Grenadines, where I finished high school and completed my O-levels and A-levels at the St. Vincent Grammar School. For a few months, we also lived on Saint Kitts and Nevis. I experienced a different West Indian culture on each island, influencing who I am today. I consider myself West Indian with no particular allegiance to any island1, although I have a sweet spot in my heart for Antigua and Bequia. My family emigrated from St. Vincent & The Grenadines to Flushing, Queens, in 1986 to attend university, and I became a citizen of the United States of America in 1992. 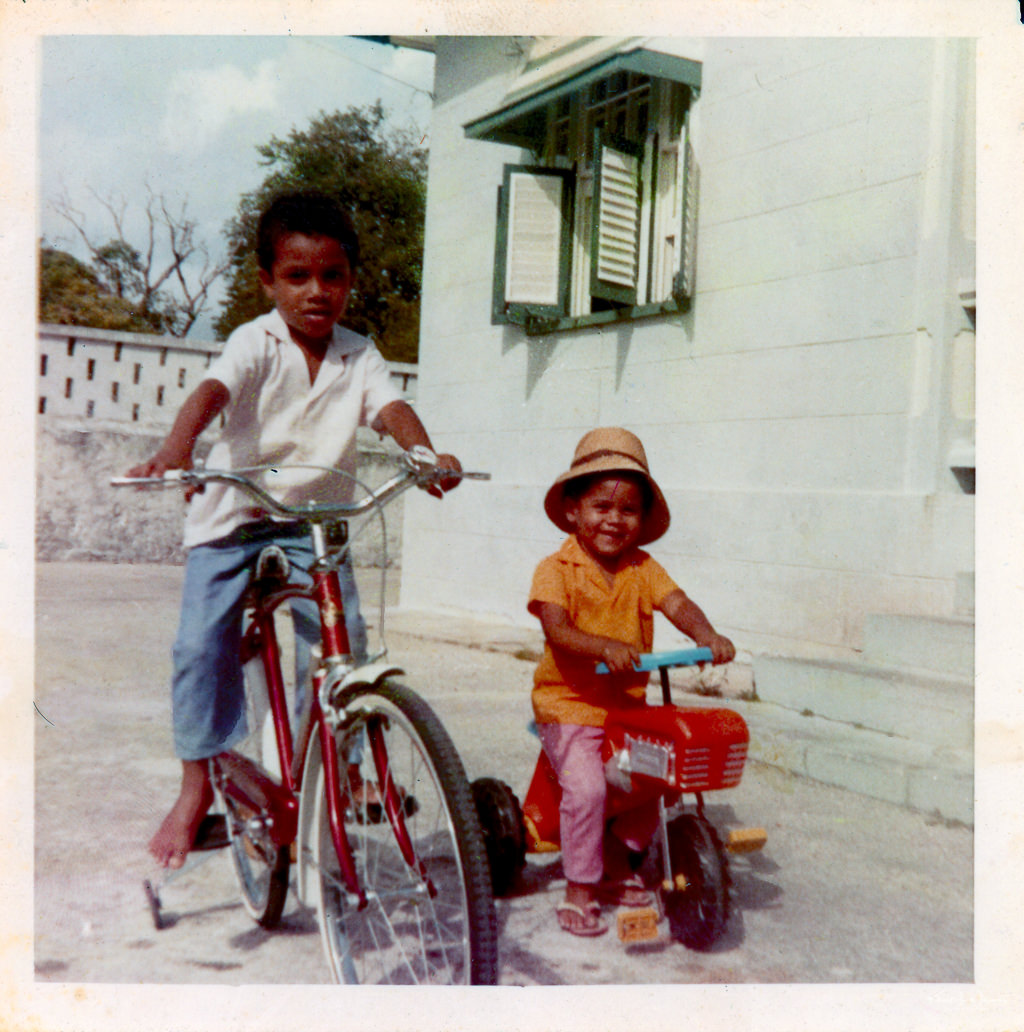 I love drinking craft ale and freshly brewed coffee. I buy fresh beans from a local organic fair trade retailer and brew at home every few days. I grind the beans myself and brew using either a French Press or Chemex pour over with an Able Kone filter. I don’t drink Starbucks.

There are two excellent craft ale breweries within 15-20 minutes in the local traffic of my home. Between Troon Brewing and Flounder Brewing, I am privileged to have some highly-rated New England style IPA, American Pale ales, and porters. Conclave Brewing is a little further out is Conclave Brewing, which makes super delicious, and The Referend Bier Blendery, which produces spontaneously fermented ales in the Belgian tradition. I don’t drink Budweiser, and I rarely buy retail.

I’m an information security professional, Apple geek, web developer, and avid photographer. This weblog is where I share my incoherent and random thoughts and rants about technology, photography, coffee, diabetes, and life. I started blogging regularly around October 2001, bouncing between various platforms (Radio Userland, Blogger, Moveable Type, etc..) before settling on WordPress circa 2004. I taught myself how to build Linux servers, compile Apache and OpenSSL web servers from source code, and instal and configure MySQL. All because of my desire to make secure and high-performance WordPress websites. I even taught myself PHP and JavaScript to complement my Perl website development work.

The first ten years of my career (starting in 1994) were in multimedia research and development, systems integration and full-stack web application development. I created web applications for various financial services and pharmaceutical companies on Linux, Apache, MySQL, JavaScript, Perl, and PHP. The next ten were spent on information security, vulnerability assessments, log management, security awareness, security architecture, compliance, and advisory for Bristol-Myers Squibb. Since 2013, I have worked independently at Monkey Hill, LLC, a consultancy I started in 2013 after my role at Squibb was eliminated. My current work is in information security architecture.

The iPad is my go-to computer, but I use my iMac heavily for photo editing. I’m an app junky, and you can find many iOS and OS app reviews on this blog.

I also do exciting projects with Raspberry Pi. It’s the smallest and cheapest Linux server I have ever owned.

Although that’s not reflected in the content in this blog, I love science fiction, especially cyberpunk, Japanese animation and superhero graphic novels, and dystopian futures. The website's name, Island in the Net, is taken from a book, Islands in the Net, written in 1988 by a science fiction author, Bruce Sterling. It is a story of data pirates, mercenaries, nanotechnology, weaponry, and post-millennial voodoo. It represents a future where people can use the Internet to topple governments, change lives, and make history.

I read too few books these days.

My photography adventure started circa 1987 when I took a fine art photography class in college. I bought my first 35mm film camera, a Pentax P3 with an SMC Pentax-A 50mm f/2 lens, and started to "abuse" Kodachrome, Ilford HP5, and Tri-X Pan film and develop my prints in the college darkroom. At that time, I sheepishly admit I shot anything and everything. I didn’t take a camera seriously until 2006, when I bought a Nikon D40 and kit lens. I had exhausted what was possible on my point-n-shoot Sony digital camera. I stuck with Nikon, upgrading to new bodies every few years, until 2018, when I could no longer resist the lustful design of the Fuji X series. I own a Fujifilm X-T3 camera, Fujinon XF27mmF2.8 R WR and Fujinon XF16-55mmF2.8 R LM WR lenses.

I photograph mostly landscapes and nature, but I have recently tried street photography. An obscure word, nemophila, describes someone who loves forests, woods, or woodland scenery and often visits them. That’s me. I love being outdoors, listening to the sounds of nature–birds, running water, the wind in the trees. For me, it’s a form of therapy, a break from the world's worries.

I’m an avid photographer, and if the weather suits me, I spend my free time outside, increasing my knowledge of landscape and nature photography. I prefer natural light, but I’m comfortable shooting anything that interests me: documentary photography, long-exposure photography, architecture, and bird photography. I take photos regularly, both for myself and for others. I do almost all of my editing and exporting from my Mac. As far as gear goes, I alternate between a few cameras:

Most images are shot with the Fujifilm XF16-55mmF2.8 R LM WR and XF27mmF2.8 R WR lenses and a small collection of 35mm manual focus lenses.

With my iPhone, I enjoy casual photography, snapping and sharing things with my friends and family, and playing with Adobe Lightroom Mobile. The digital revolution has made photography more accessible.

In 2006, I was diagnosed with Type 1 (LADA) diabetes, an autoimmune type of diabetes. I’m learning to live with it. I have a Medtronic 670G insulin pump and GuardianLink GCMS to help me manage my diabetes. I occasionally post articles about my diabetes tech.

In 2018, I was diagnosed with Graves' thyroid disease and Grave’s eye disease, an autoimmune form of hyperthyroidism. It was a challenge to life with it, so I had a thyroidectomy at the end of 2018. Graves disease continued to affect my eyes, and a year after the thyroidectomy, I had orbital decompression surgery.

Join 1,980 other subscribers
We use cookies on our website to give you the most relevant experience by remembering your preferences and repeat visits. By clicking “Accept”, you consent to the use of ALL the cookies. However, this website has no interest in selling your information and does not explicitly use social media cookies from Facebook, Google, etc. Read More
Do not sell my personal information.
Cookie SettingsReject AllAccept
Manage consent