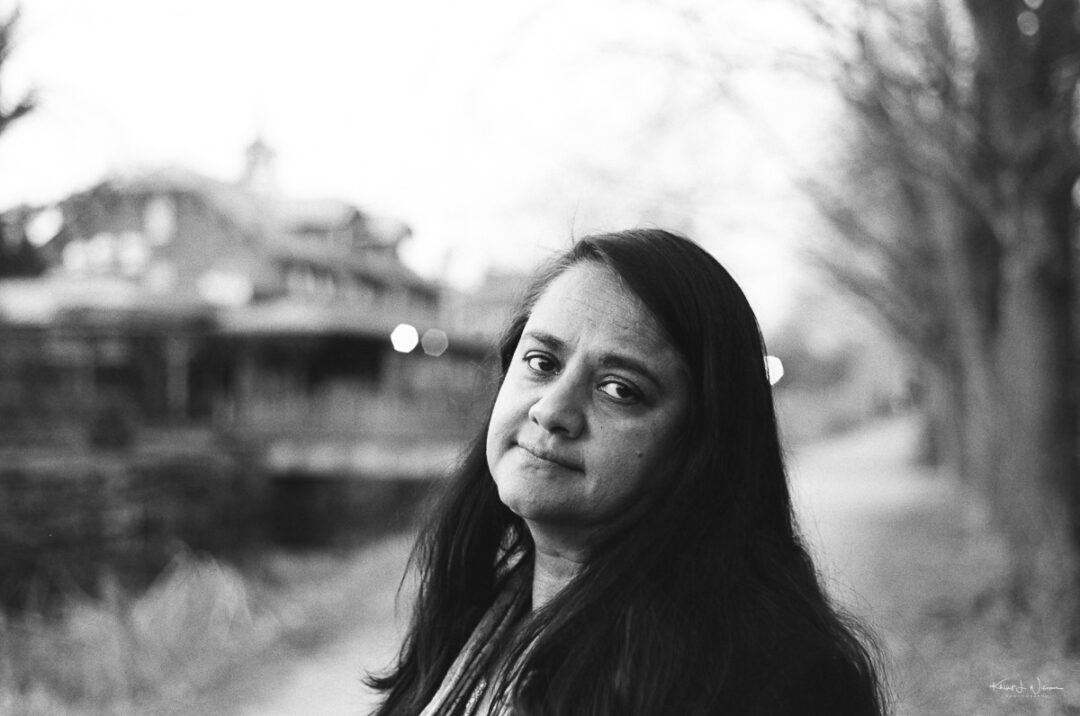 NOTE: I'll begin this experience report with a brief disclaimer. It's been less than two years since I returned to shooting 35mm film after switching to digital photography over 20 years ago. Between web articles and advice from experienced 35mm film photographers, I've inundated myself with as much 35mm film education as possible for now. But, with my former experience long behind me and limited recent experience, this "review" comes from a novice film photographer's point of view.

When my daughter was about eight years old, my mom came to visit and brought a disposable film camera, which she quickly filled with images of her grandkids. When my daughter asked to see the photos, my mom explained that she had to develop the roll and order prints. My daughter looked confused, so I explained that we couldn't see the photos immediately. We have to wait until the camera can't take any more pictures, then take it to the photo lab, where they will "develop" the film with chemicals and create prints. Sometimes we can get the printed photos in a few hours, and sometimes we have to wait a few days. Her question was, "do we still have to pay even if the pictures are bad". Yes, I said. Her retort, "That's stupid!". 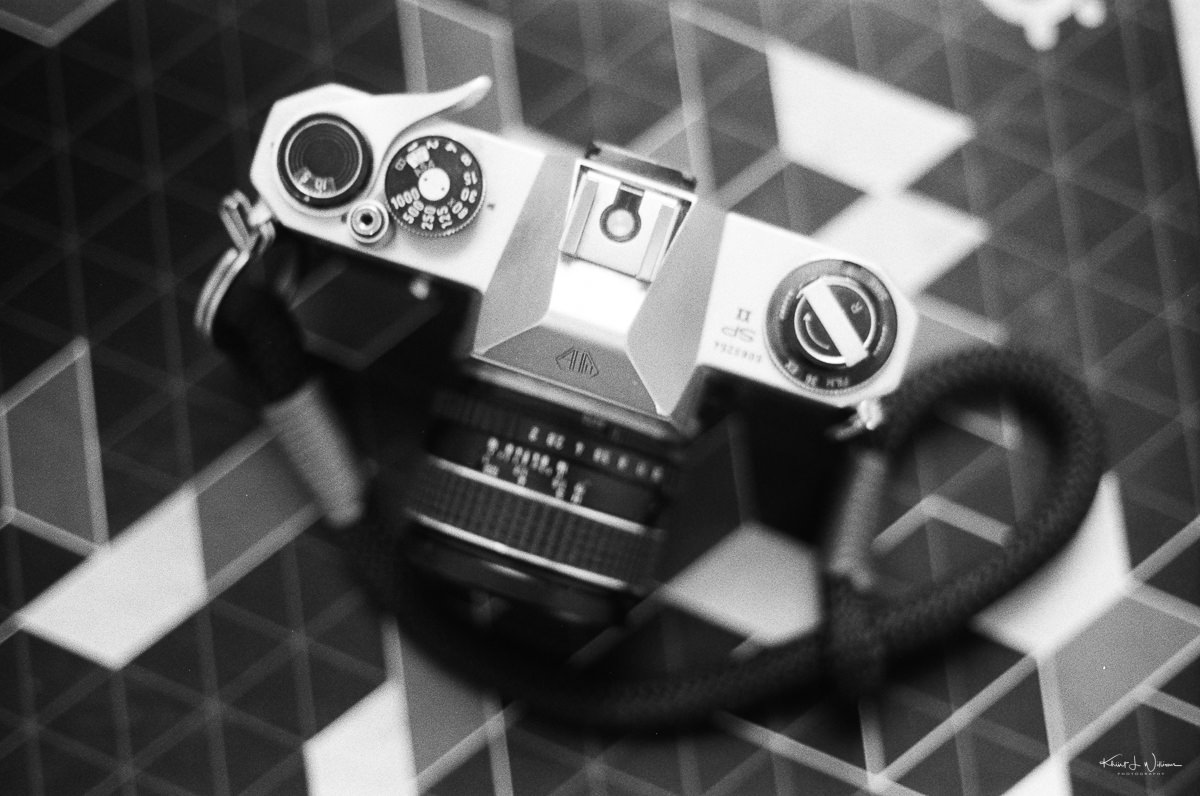 I'll admit this right now. I was wrong. Shooting 35mm film can be fun. Let's be clear; I think digital photography is superior to 35mm film photography—autofocus, higher resolution, better quality lenses, size, etc. Digital is unbeatable. However, like with cars, sometimes using older technology can be fun, connecting to the past and sharing cultural experiences.

Because all the cool kids are doing it, which I know is a silly reason to do anything, I have been rediscovering film photography. Maybe my desire to shoot film stems from my father's passing last year and working through my emotions and memories of his photography; perhaps some of it is the challenge of relearning an old skill. Also, I thought it could be fun. Shooting film with old 1970s and 1980s era film SLRs, an Asahi Optical Co. Spotmatic II and a Pentax P3 means shooting with no light meter and manual focusing without any visual aids and being limited by the speed of the film, which further limits the range of shutter speeds and aperture combinations. 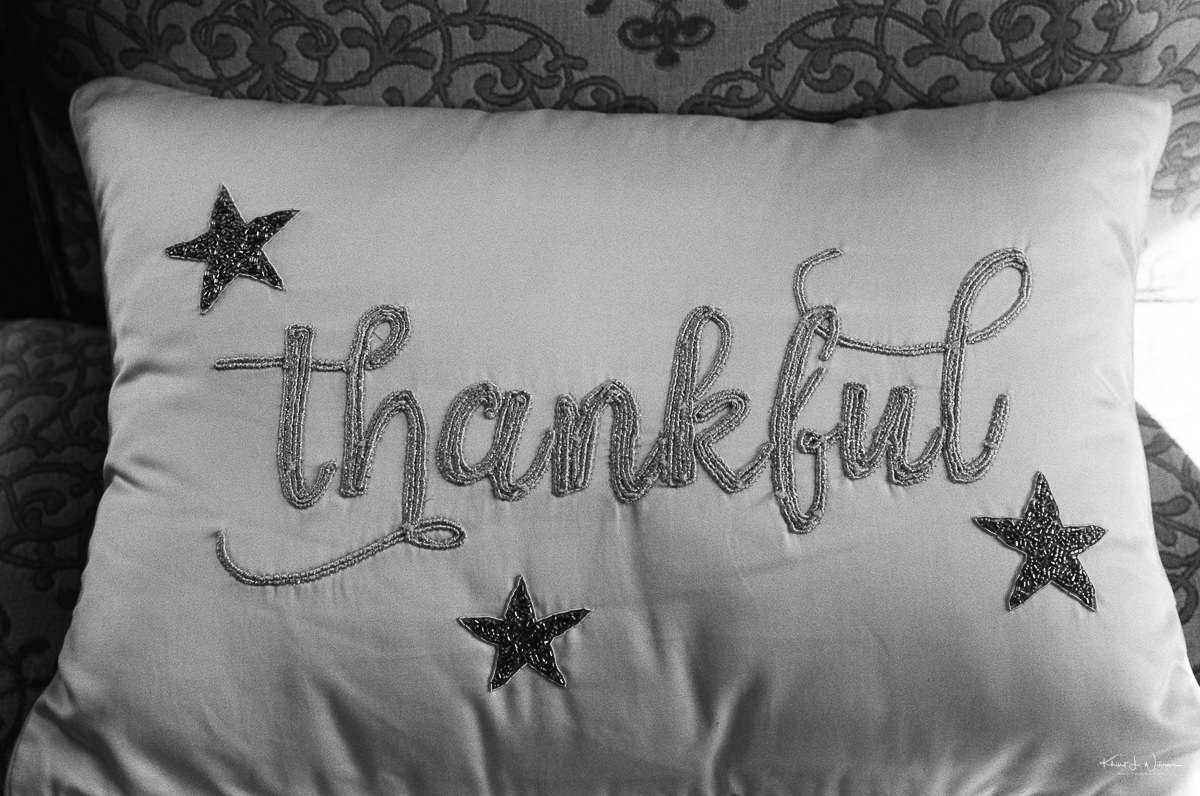 The last time I shot a roll of film was in 1999, shortly after my first child was born. My first attempt at shooting film after all these years was mostly a failure. But I persisted and recently completed shooting a 35mm roll of Ilford HP5 Plus 400 in my Pentax P3 using a rubber band to hold the film door shut. The images below are from that roll.

I mailed two rolls of film to be processed at The Darkroom in San Clemente, California. The Darkroom develops colour print (C-41), slide (E-6) and Black & White in 35mm and other formats and provides prints and/or negative scans. 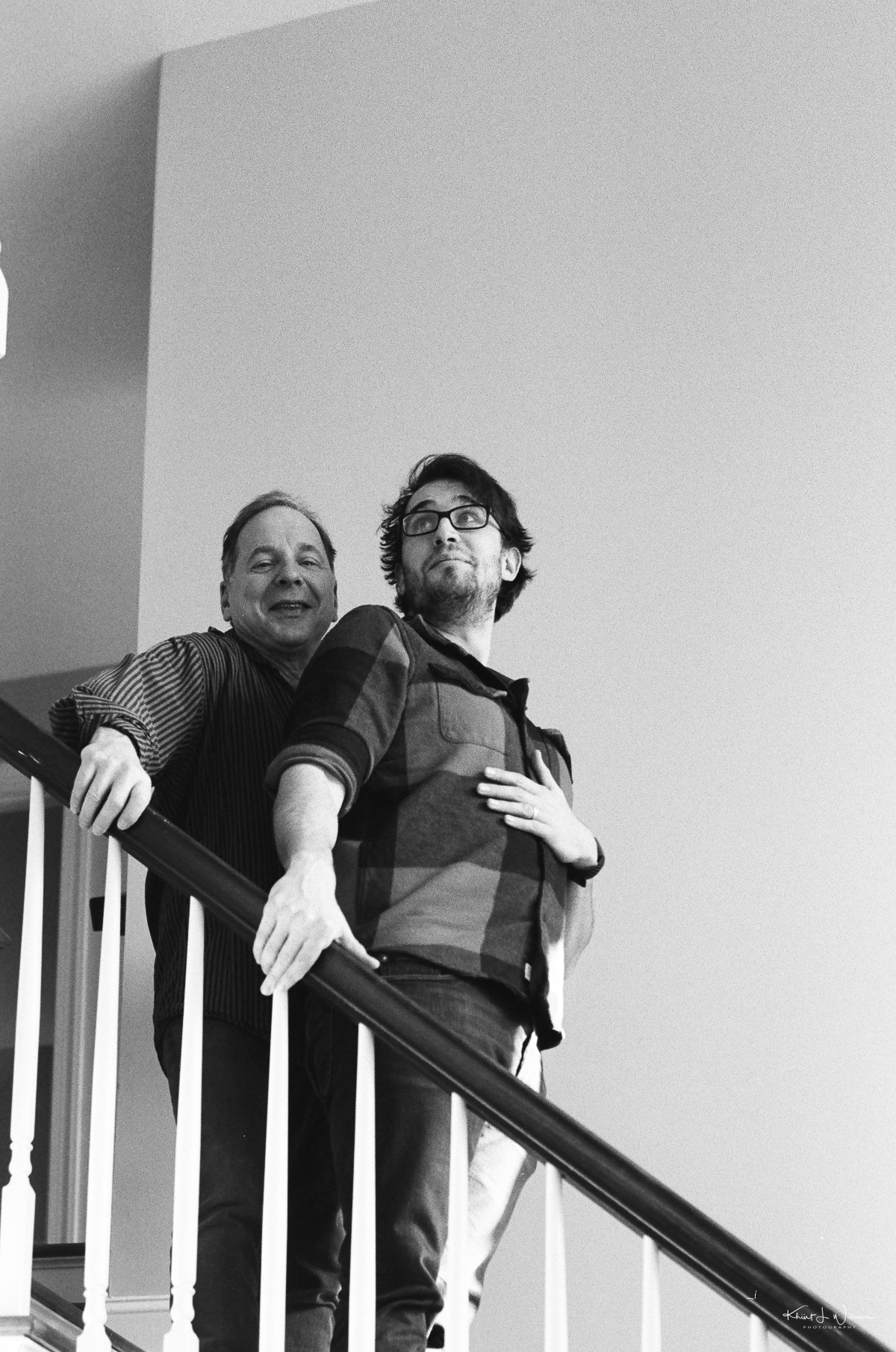 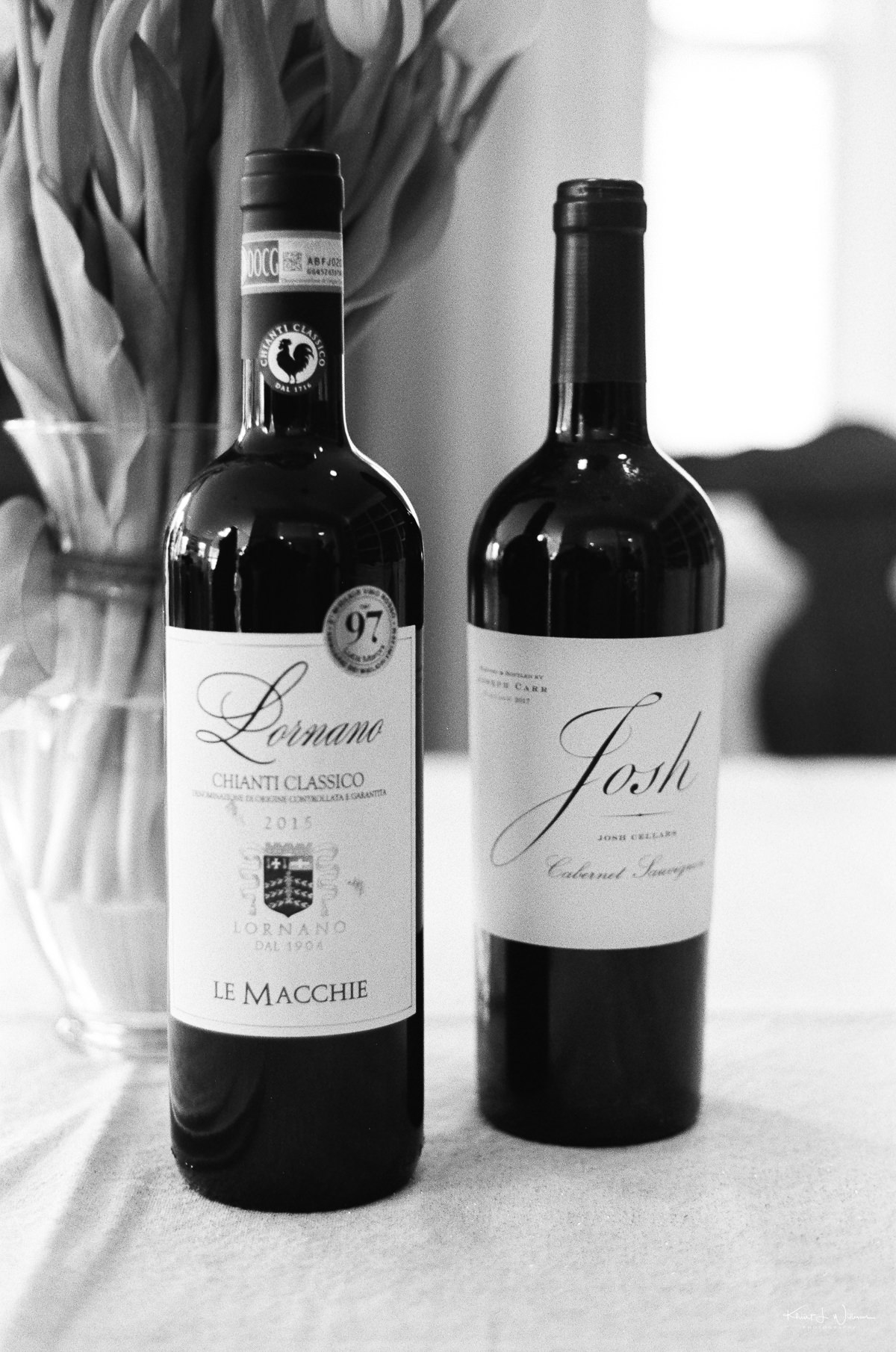 One of the downsides of shooting film is that unless one has the patience to record the settings for every shot in a notebook, the metadata about the photograph is not captured. It took me some time to recall when some of these were captured, but I am unsure about the time of day, shutter speed, aperture, etc. I used Exif Editor to add the camera and lens information.

My wife, the woman in the featured image, has this expression every time I point a camera in her direction, but she had a bemused expression when I mentioned I was shooting and developing film. She saw the invoice for the film, watched me delete the 14 horrible images, and walked away, shaking her head. 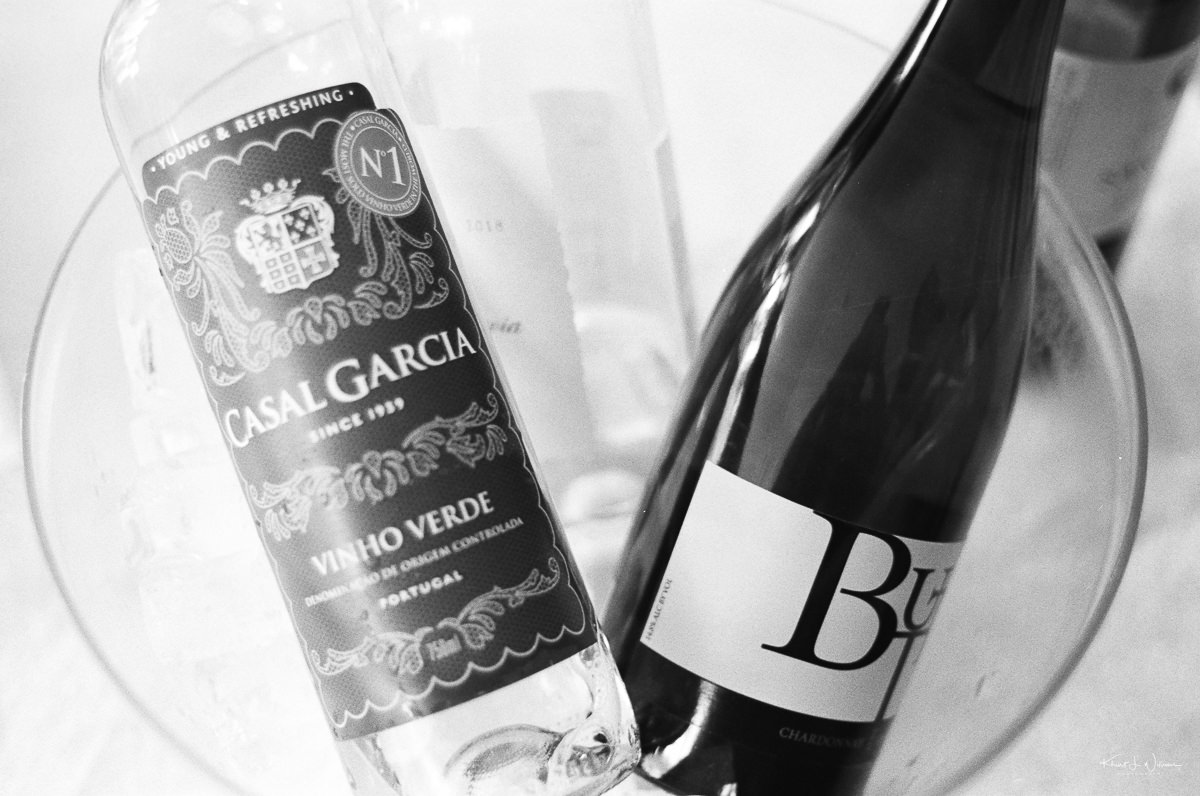 I am not convinced this was worth the effort and cost, but I had already purchased rolls of Velvia, Ektachrome 100 and ADOX Scala 160.

Bhavna is the office manager for a local mental health and counselling practice. We attended an office dinner party hosted at Bhavna's employer's home. The guests were gracious in allowing me to practice my photography on them. After the dinner party, Bhavna and I walked around downtown Lambertville, allowing me another opportunity to finish the roll. Some of the images were shot indoors, and some outdoors in the late afternoon and early evening. It could be a more cohesive set of images. The subject matter varied from portraiture to street to "je ne sais quoi". 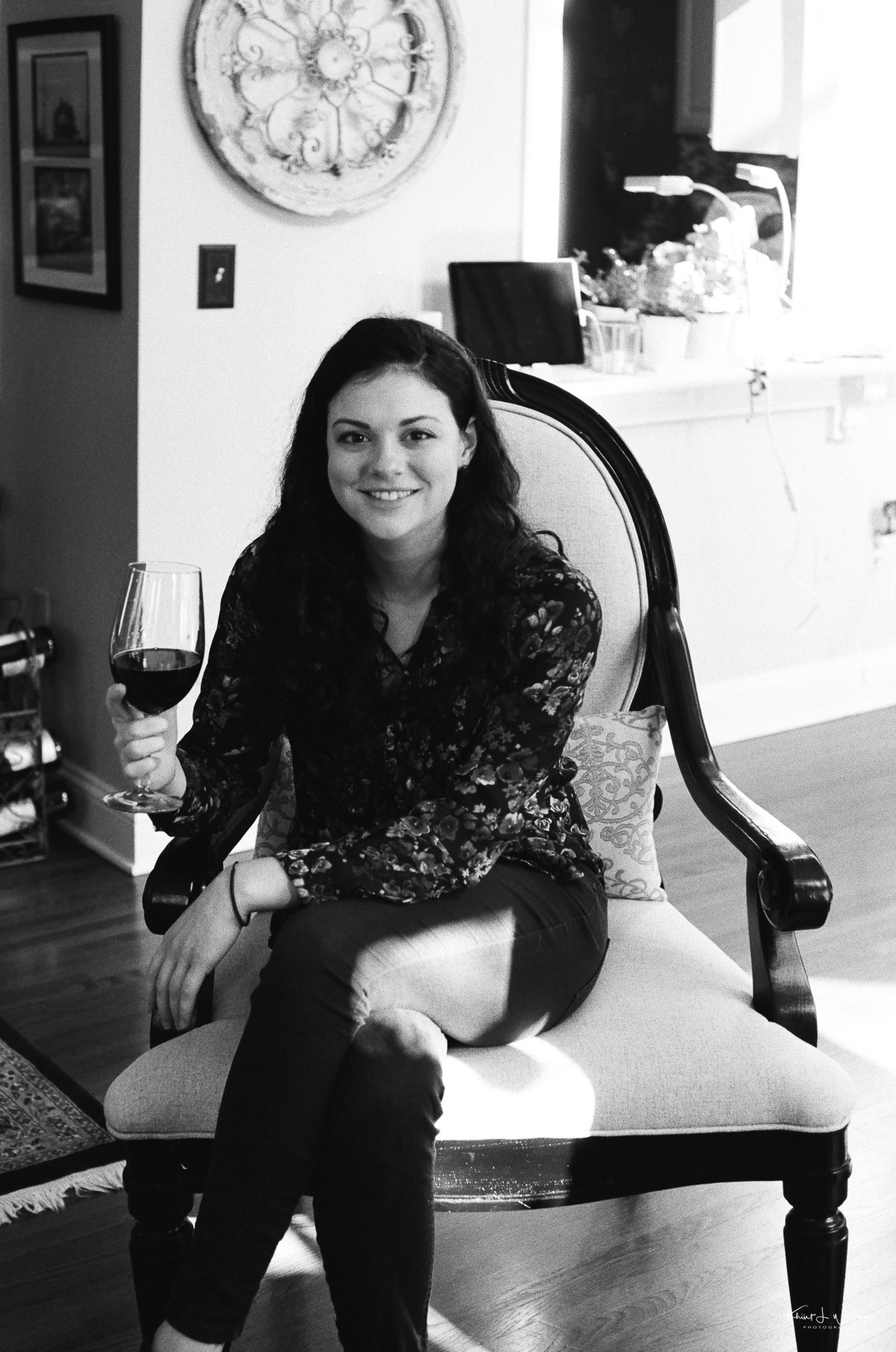 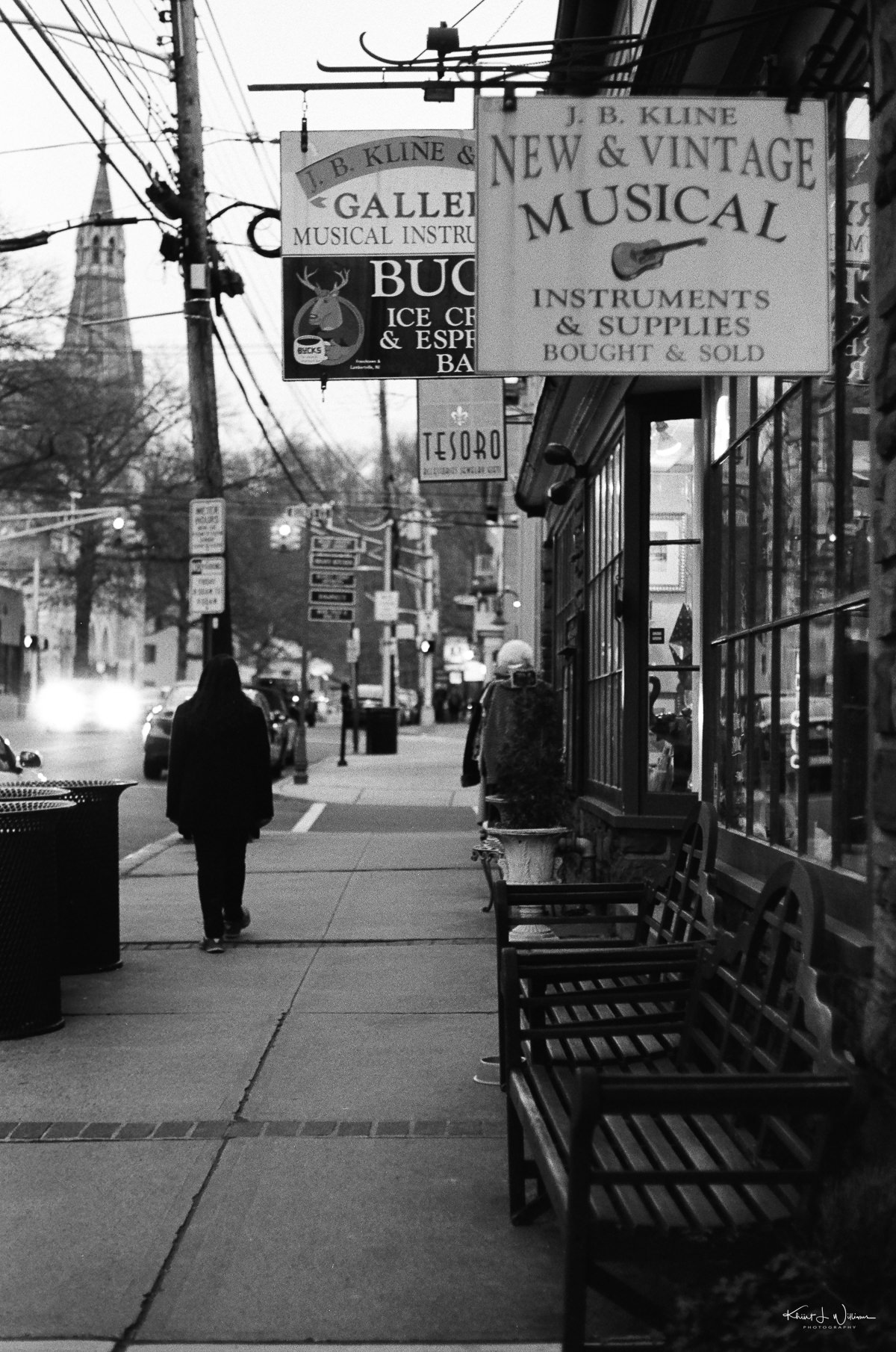 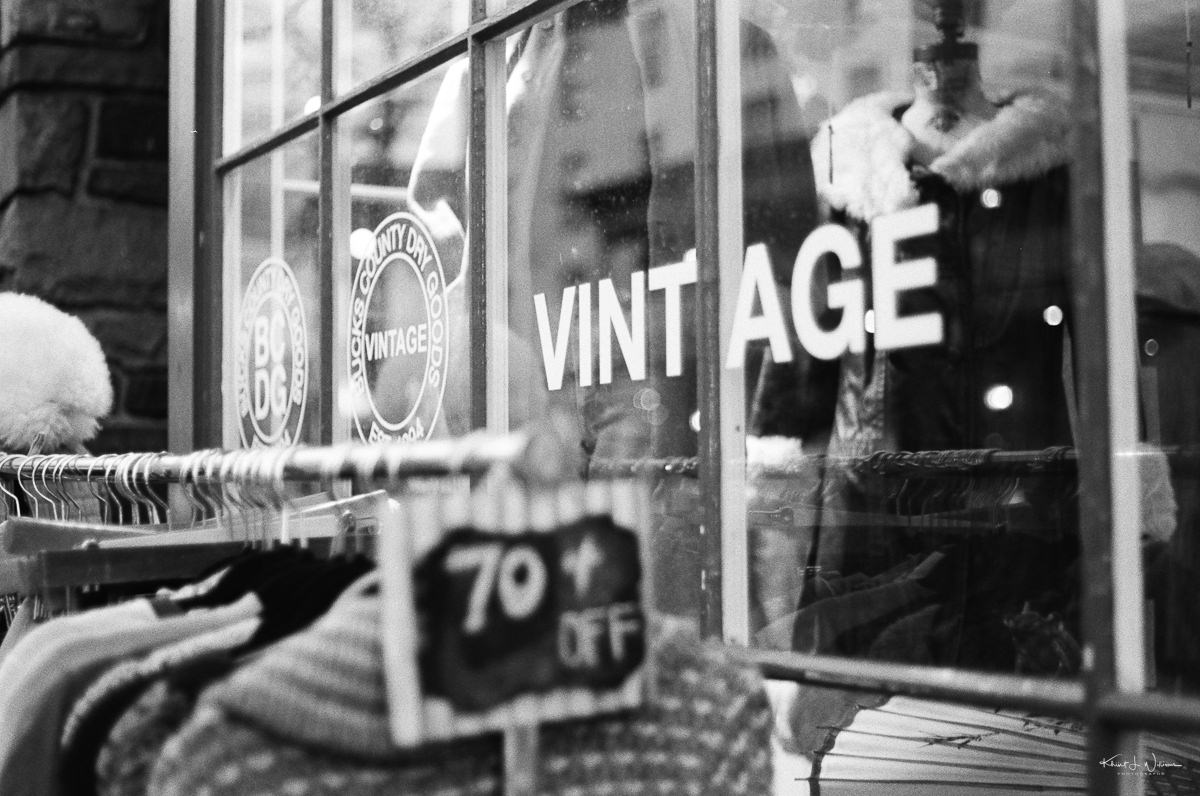 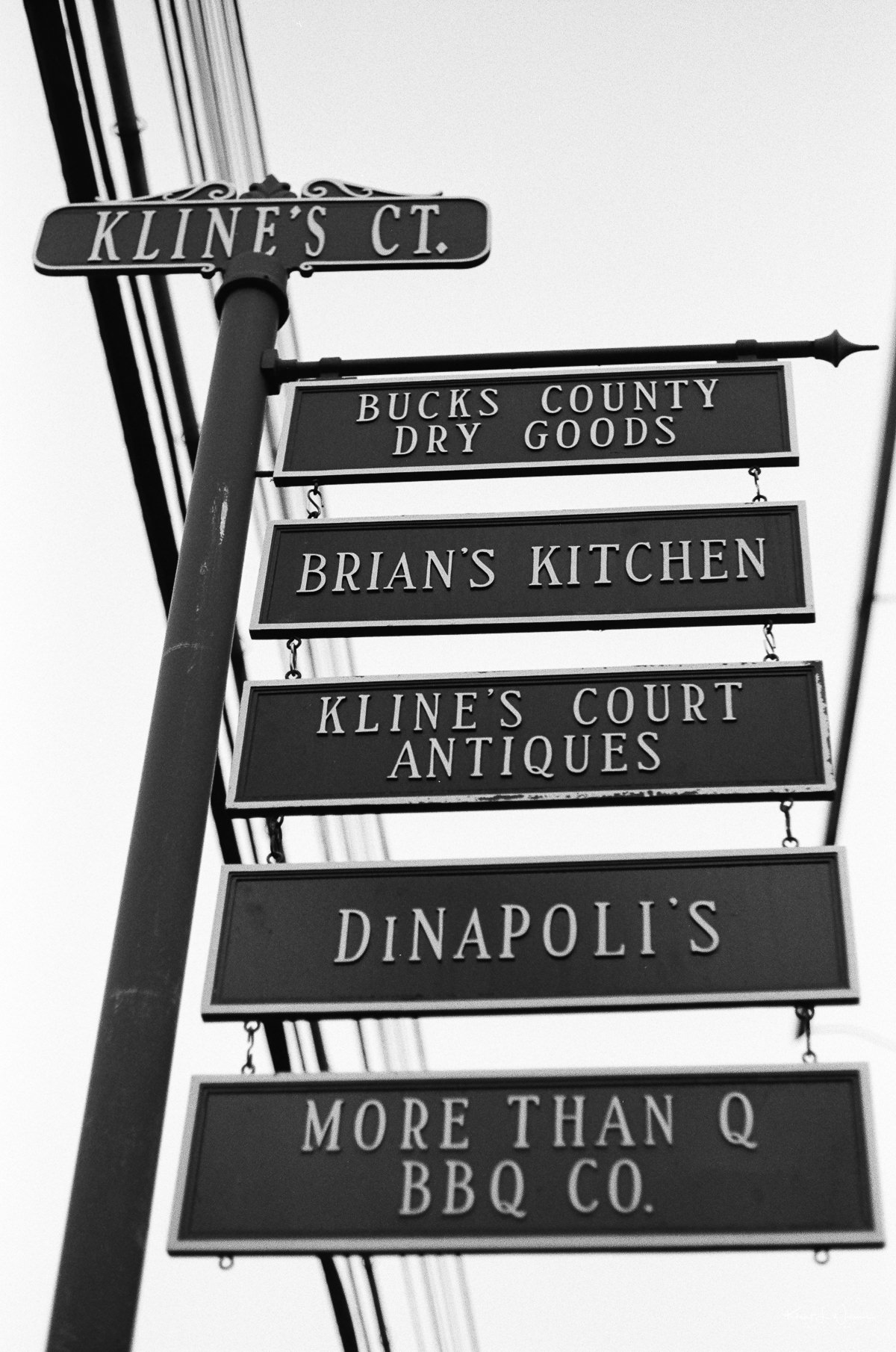 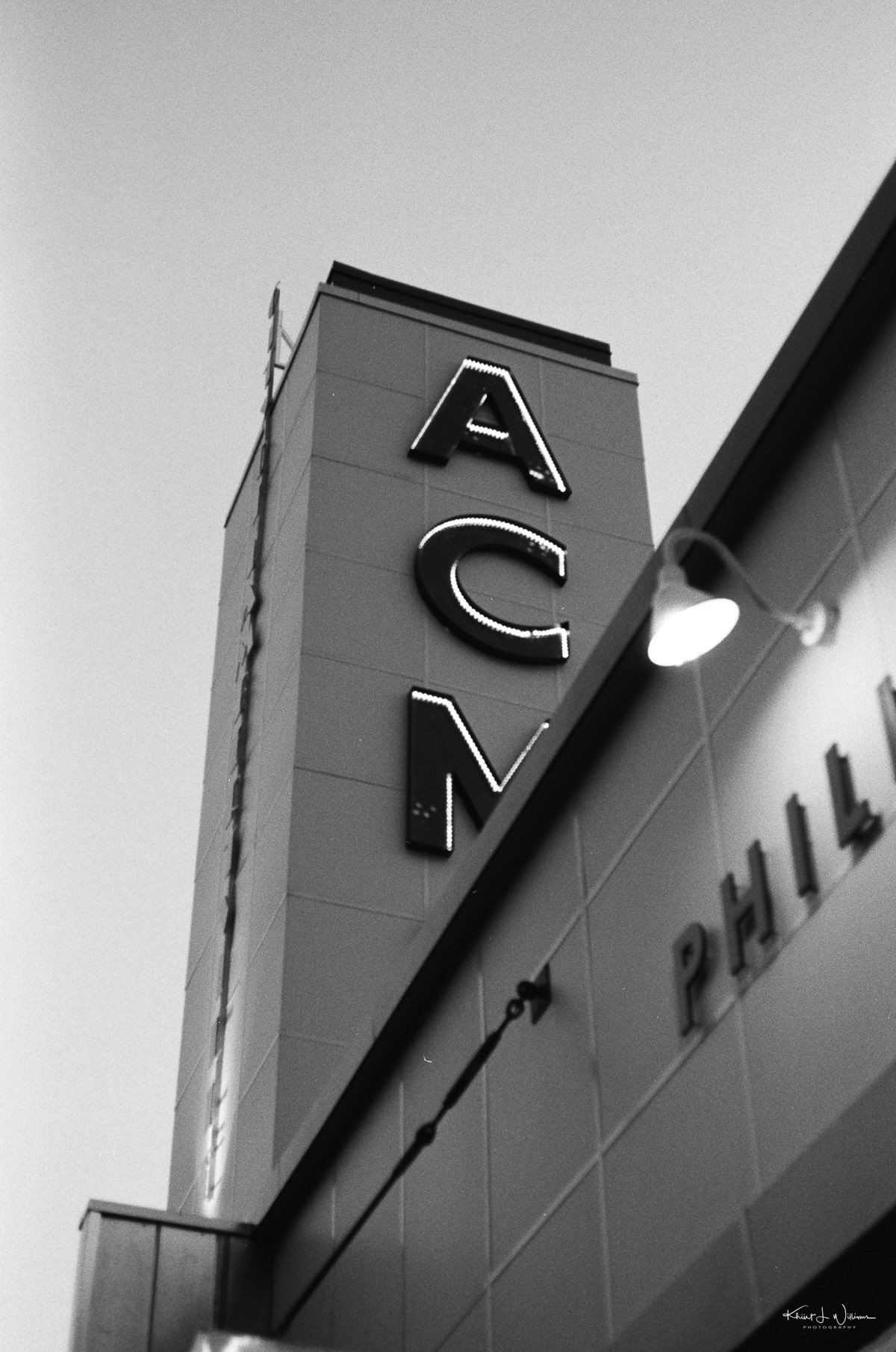 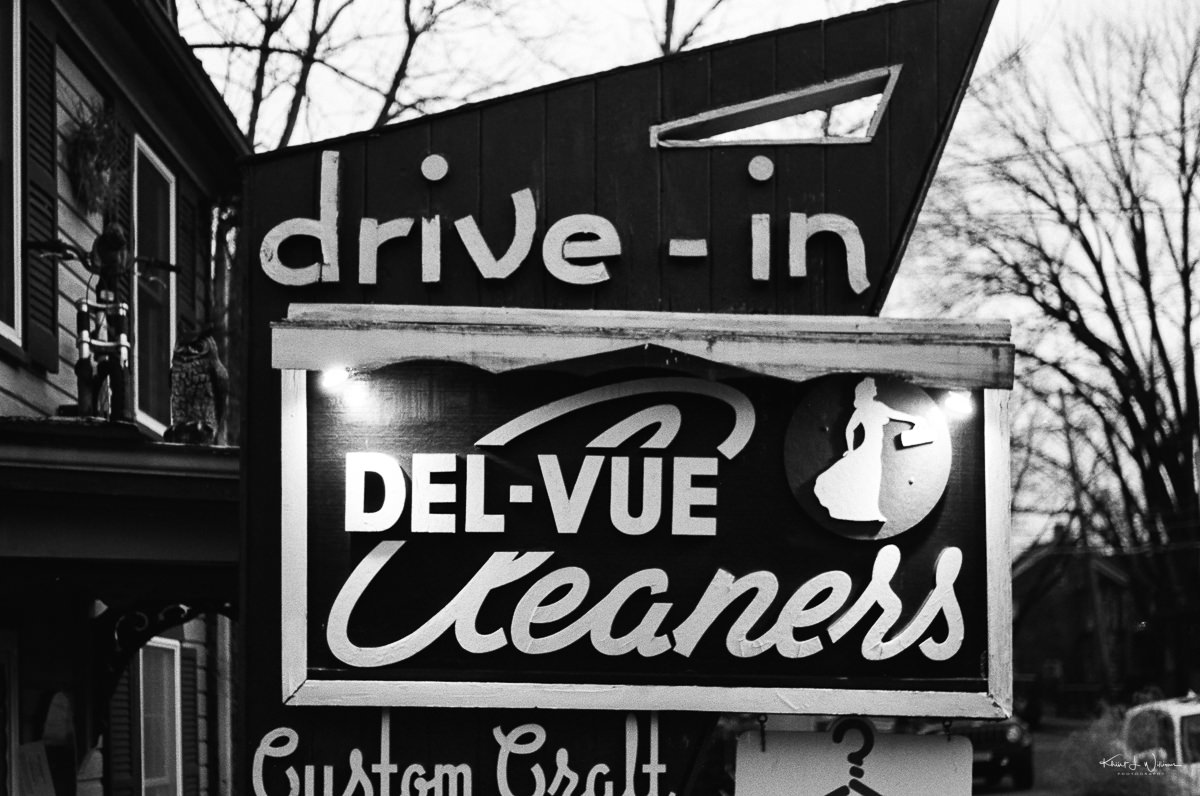 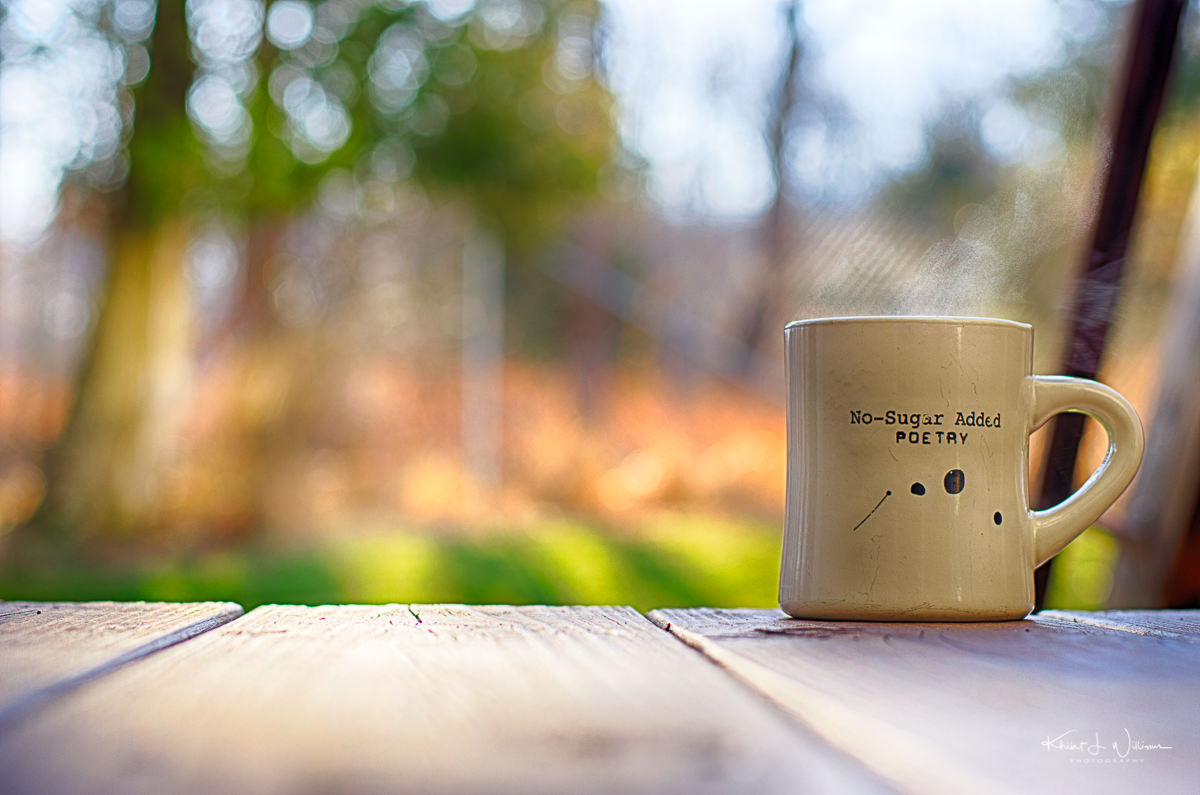