Photography is the simultaneous recognition, in a fraction of a second, of the significance of an event as well as of a precise organisation of forms which give that event its proper expression.Henri Cartier-Bresson 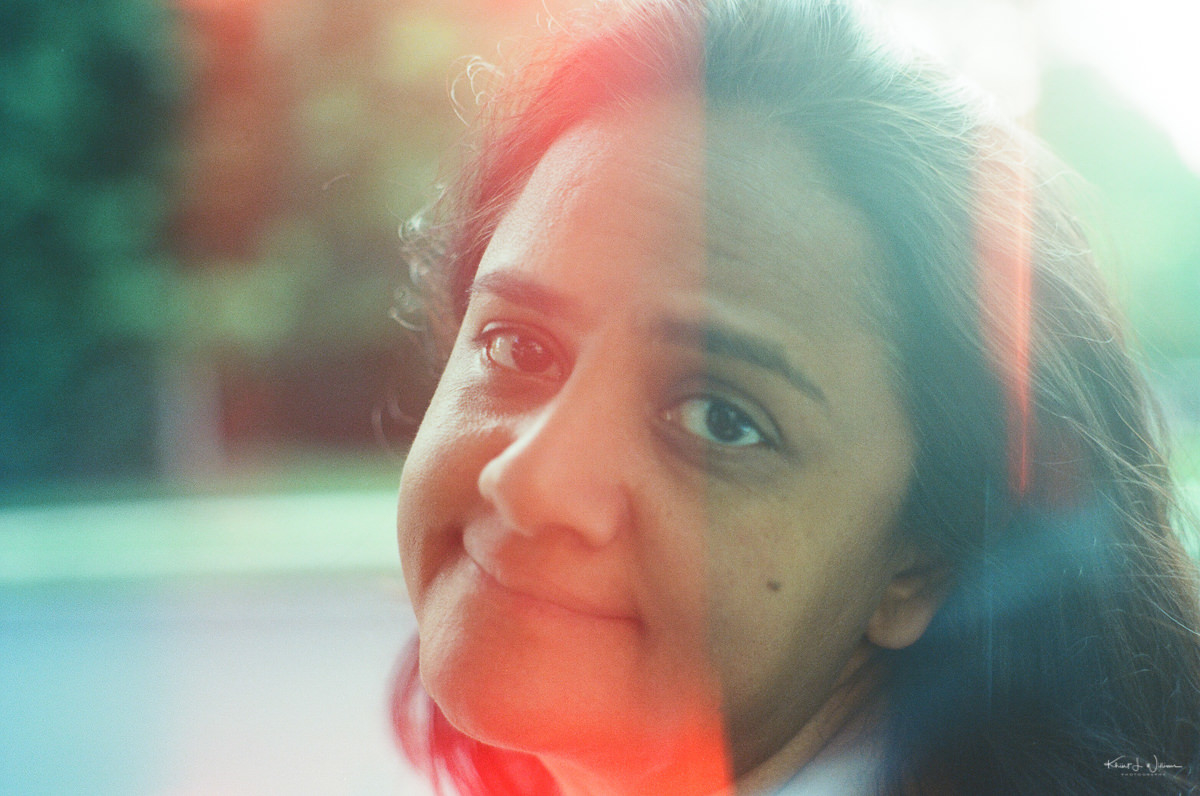 I don’t know how it happened. Still, this morning after reading a post on Japan Camera Hunter, I found myself perusing film-centric websites such as the Analogue Wonderland, filtr, 595 and clicking around the vintage lens sections of eBay.

Last weekend I mailed off a roll of Kodak Ektar 100 to Boutique Film Lab in New York City for processing and prints. It was a roll of film I shot a year ago with my college Pentax P3. Until that roll of film, I had not used film since 1999. That’s when I switched to digital, which in modern times is more flexible, more capable and has better image quality in the sensors and lenses. Notice I didn’t write image resolution; I wrote “image quality”.

The other day I was walking around a Henri Cartier-Bresson exhibition, and if there was one thing I was struck by in the 6×9 prints hanging on the walls, it was their resolution.Said no one, ever

Of course, my response would be, “why would I restrict myself to ancient technology?”. The next time I am ill shall I consult with the local doctor for treatment with leeches tonics? If the film is so special why are these photographers scanning their film and putting the results online?

The lab did their best with the roll I provided, but I was not happy with the results. Unbeknownst to me at the time, the Pentax P3 has some light leakage, which is apparent from the scans I received. I inspected my camera and discovered that the back door of the camera has an ever so slight opening. The film had been badly exposed. This is not a problem unique to film cameras; however, because I was not able to immediately see the results of photographic efforts, I wasted film, development, scan, and shipping costs. With a digital camera, I would have discovered the light leakage right away. This lack of immediate feedback is one of the reasons I abandoned film back in 1999.

They will argue that they just like the look of the film while not acknowledging their personal bias. I sometimes like the look of some film stock. But I can buy dozens of excellent film simulation presets online that reproduce the look of photographic films from the last three decades. Heck, Fujifilm, the makers of much of the classic Velvia and Provia film that these film adherents use, makes a line of digital cameras with film simulation presets that can produce film-like images in-camera of the same films. The use of film is just one way to get that “look”, whether that look is Kodak Ektar 100, Fujifilm Velvia 50, Ilford HP5 Plus or something completely new.

Of course, the so-called look of the film print is dependent on the development process used and whether the film was pushed/pulled or under/overexposed at capture or whether the print process involved dodging and burning. All of which can be accomplished with modern digital imaging software.

Some film photographers will claim that, because they can only shoot 24 or 36 frames per roll, using film slows them down, forces them to consider every click of the shutter button. I don’t disagree that all photographers can benefit from taking some time to put thought into their photography. But this discipline is not an essential feature of using film. It’s a necessary behaviour born out of the limitation of the medium with applicability to specific genres of photography, e.g., street, landscape, architecture. I would argue that some photographers lack discipline when shooting with a camera whether digital or analogue. This is a limitation of the photographer, not the technology.

The film biased folks will argue that their film camera doesn’t need batteries but ignore the fact that most popular film photography cameras of their time either had built-in light meters or required the use of a hand-held external light meter for proper exposure. Light-meters use batteries. Later film cameras had auto-focusing and film winding mechanisms that required batteries.

To get around the need for a light meter some photographers used a technique called the “Sunny 16”. This technique requires the photographer to set the exposure to the inverse of the film ISO (e.g. 1⁄400 sec at ISO 400) when the lens aperture is set to f/16. Need to shoot ISO 400 film at f/11? Reduce the exposure time by half. I guess some photographers were good at mental math or had memorised the table of possible values. What if the best exposure was 1⁄600 sec instead of 1⁄400 sec?

When I was looking to set up my Asahi Optical Co. Pentax Spotmatic II film camera1, I discovered that the batteries for the light-meter were difficult to source because the chemical used in the batteries was banned; they are environmentally unsafe.

The film photographers snobs will make statements like “There is some special about the Asahi SMC Takumar 50mm f/2 that is lacking in modern lenses“. Ok. Maybe. I’ll just use this adapter to attach that lens to my modern digital camera. I should get the same “special” results. Right?

When (or if) I shoot a roll of film, I will be doing it with a roll of Ilford HP5 Plus or Kodak Ektar 1002 or Fujifilm Velvia 50 in my Asahi Optical Co. Pentax Spotmatic II. When I load the film, operate the knobs, press the shutter, wind the film, etc. I will spark fond memories of the adventures I had with my brothers, my mom and my dad. I will be doing it, not because the film has some magical property that is not present in digital photography, but because I get to time travel.

We're not talking about morality here. We're just talking about the properties of photographs. No property automatically makes a photograph better. No property automatically disqualifies a photograph from being good. Being bigoted just closes us off to a greater range of possibility in our own work, and to a greater and more subtle range of possibility in the accomplishments of others.Image Virtues by Mike Johnston in The Online Photographer