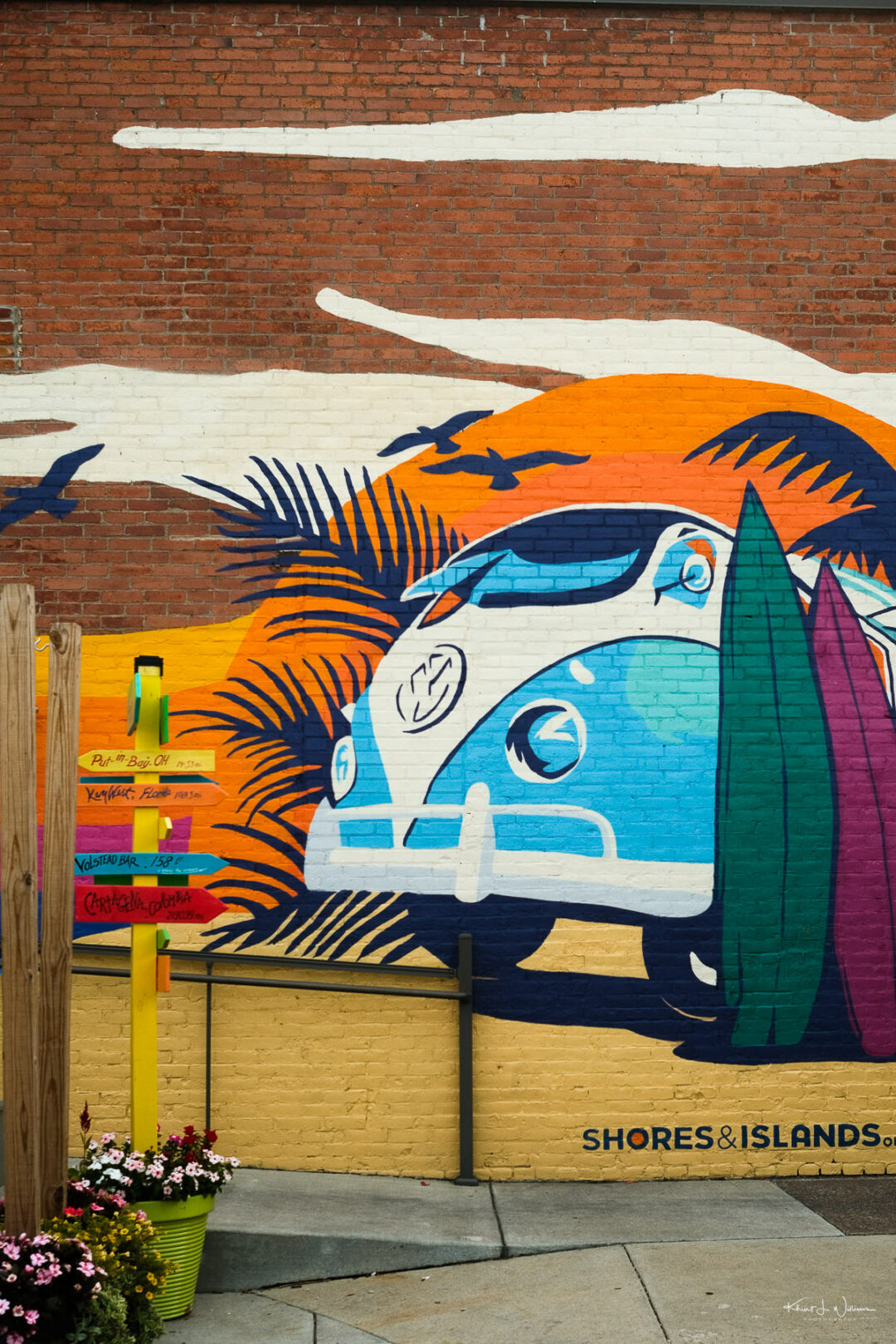 When I returned to Hotel Kilbourne from Mr Smith’s Coffeehouse, Bhavna was still asleep. She’s generally not an early riser. She always complains about missing the sunrise, and I always explain that in most parts of the world, the sun rises before 10 AM. I sat on the edge of the bed, eating my bacon, egg and cheese croissant sandwich, drinking coffee and exploring Sandusky via Google Maps. 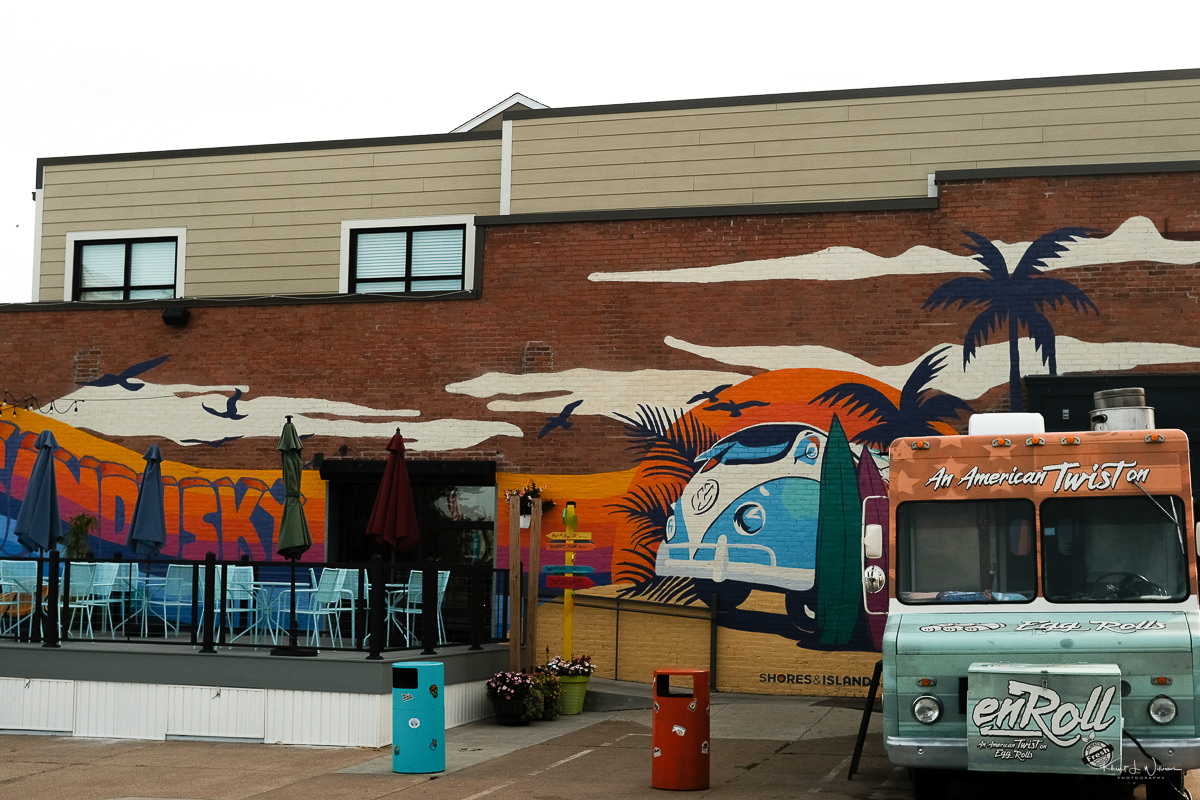 The food truck we had seen the night before at the Jackson Pier Music concert was parked outside the store, next to a mural of a VW bus.

When Bhavna awoke, she made haste of her breakfast and coffee, and soon we were outdoors, exploring the streets. We walked east on Water Street toward the colourful mural I had seen earlier. A mural decorates the side wall to Paddle & Climb. The entrance to Paddle & Climb is just past Facer Park on Water Street. According to Google Maps, Paddle & Climb is an outdoor sports store focused on selling goods for the outdoor lifestyle. That means Patagonia and Prana clothing and other stuff for surfers, rock climbers, and skateboarders. 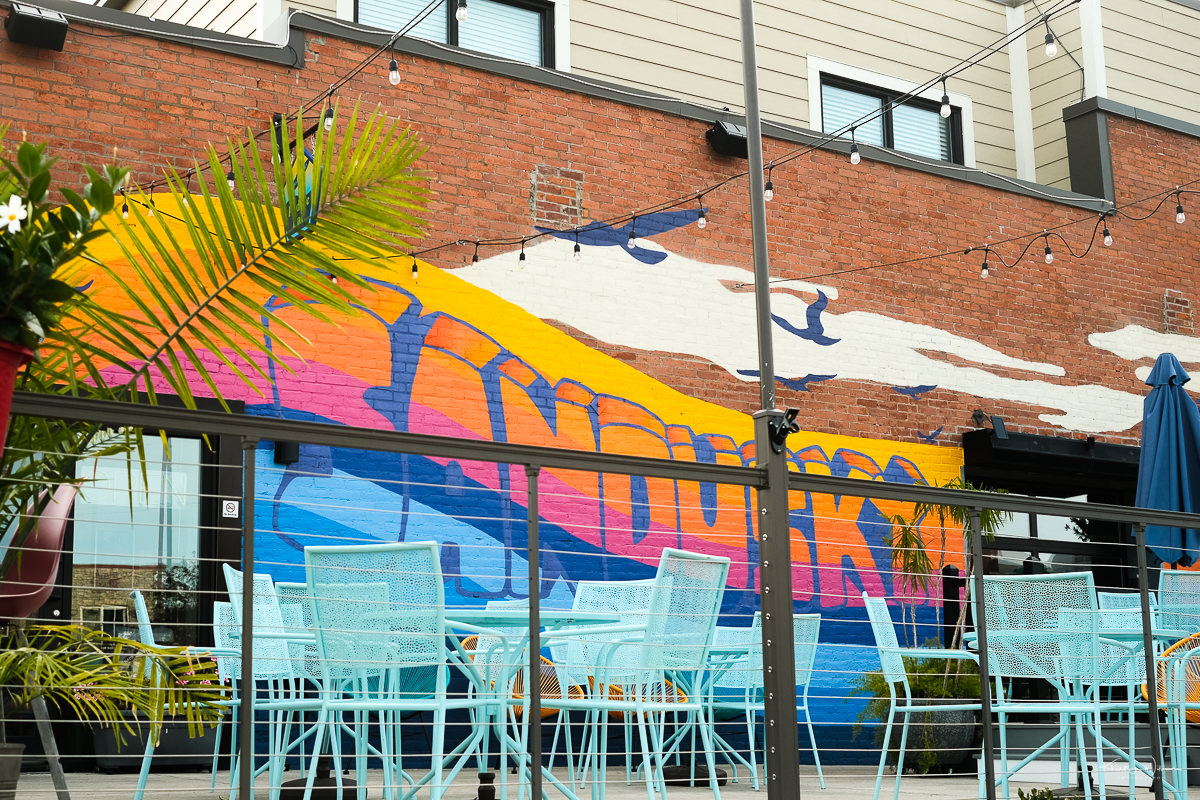 The part of the mural with the word Sandusky has a raised patio with turquoise-coloured tables and chairs. A quick look around Google Maps with Street View revealed that the mural was painted sometime after 2019, and the raised deck were not present. Google Maps shows this location as Paddle Bar, a bar inside the rear of Paddle & Climb. It was too early for us to go in, but from what I read on their website, the bar sometimes has live music, and patrons enjoy watching the patio sunset. I regret that we didn’t make time to check it out. 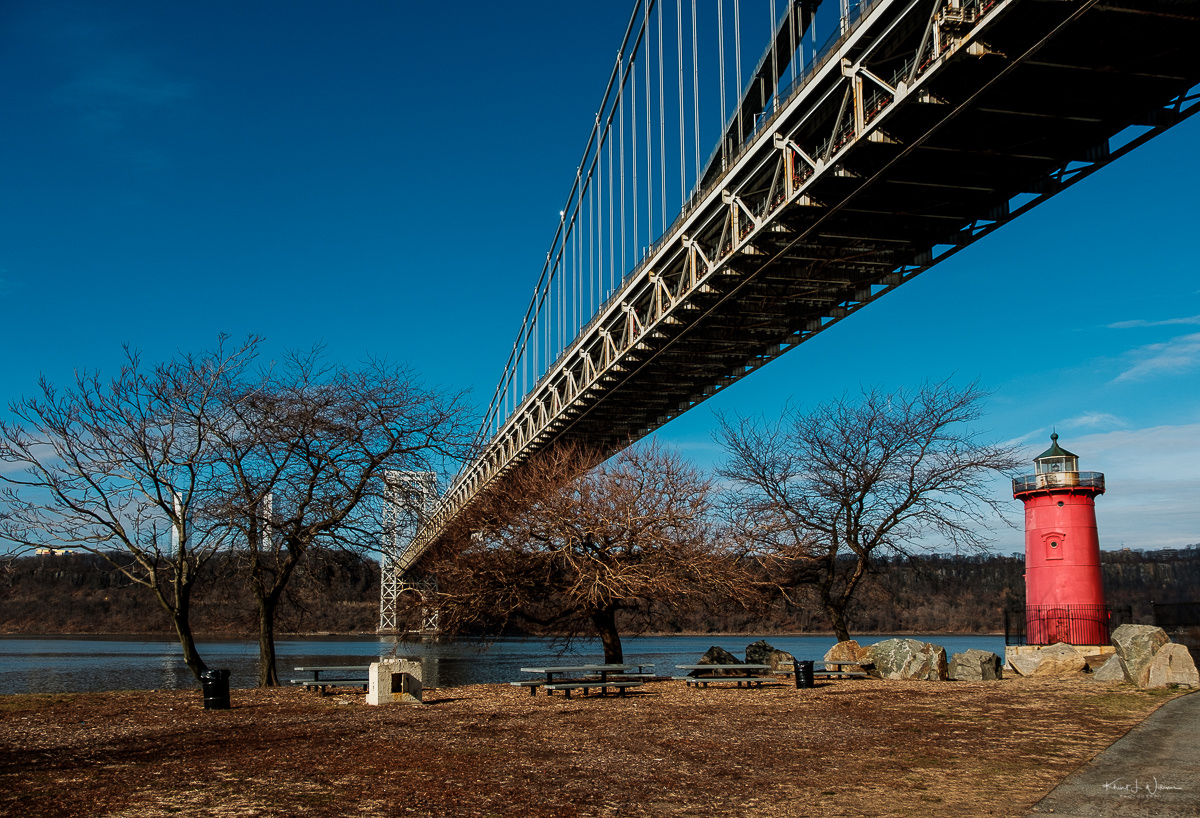 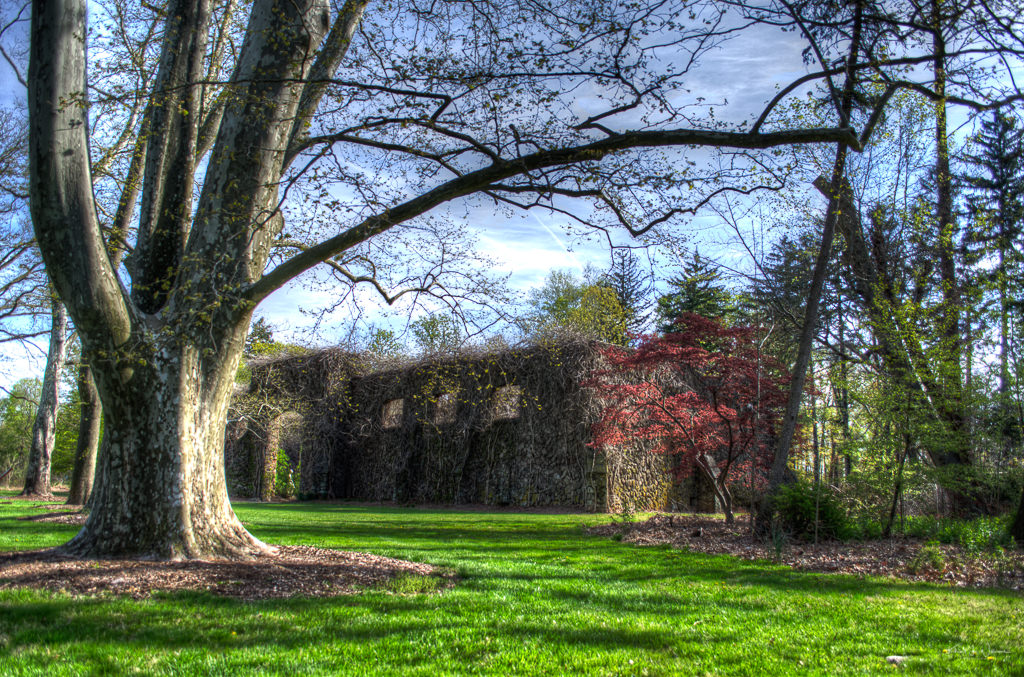