What I did on my Spring Break

For Spring break, I persuaded my family to take a trip to Ann Arbor to visit the University of Michigan. It was a nostalgia trip for me but I think the kids were excited about the idea of a long road trip. I completed my graduate studies at the UoM in 1994.

I don't know if the town was always as busy as our trip showed it to be but Ann Arbor is as I remembered it. A bit of Princeton — the town and campus are inseparable — mixed with a lot of New Brunswick ( the university is huge ).  A mixture of old and new.  Three campuses — Central, North and Medical — requiring a fleet of buses to get students to and from classes.  Dozens of coffee and tea shops.  Fancy restaurants and dives.  Brewpubs and bohemian shops.  Yep.  This is Ann Arbor. Our first night we ate at Zaaman Cafe, a little Lebanese restaurant in the strip mall next to our hotel. The food was not spectacular —nothing, in particular, stood out — but it was delicious and we hungry after driving for almost ten hours. After our meal, the owner of the restaurant sat next to me and we had a little fun. He pretended that he could "read" my wife's fortunes from the leftover mud from our Turkish coffee and told me tales of his cheeky brother.  Apparently, his brother would stir up trouble by telling married women they would mean a handsome stranger who would be the love of their lives. The next morning we awoke to snow. I mean, how dumb are we to vacation in Michigan in the spring? Apparently, the snow was not expected and was attributed to some weird Great Lake effect. We ate a quick breakfast in the hotel and headed into town.

Like any college town, parking can be challenging but we did manage to find our way to public parking. We spent a few hours at the Hands-On Museum. The kids were having a blast and it was still snowing out so it was a good use of the time.

Ann Arbor has lots of places to eat. Some fancy ( and expensive ) and some unassuming, like Ahmo's Gyros & Del.  The inside was spacious but the menu is what could be found in any Greek/Mediterranean eatery in Manhattan.  We were cold and we were hungry and it was the first restaurant we found while walking away from the museum.

After lunch, we took a walk up State Street and stopped in at the Michigan Union. I remember standing in long lines to buy books and other "studious" gear. But the kids were getting bored so we walked back down the street to M-Den and did some shopping for "logo" items. $130 later we returned to our hotel with shirts, mugs, stickers and other University of Michigan swag.  My son got a t-shirt with "Go Blue!" written in Japanese.  My daughter opted for a University of Michigan student hoodie and Bhavna got a "Michigan Wife" t-shirt. Before dinner that night, we drove into town for a walk around the University of Michigan Central Campus. The snow had stopped.  We walked through Nickel's Arcade with its quaint shops and across the Diag — a large open space in the middle of the university's Central Campus.  This is where, NORML, the National Association for the Reform of Marijuana Laws, holds the annual "hash bash".  The Hash Bash began when poet John Sinclair was jailed for marijuana possession, leading John Lennon and Yoko Ono to headline a protest rally in Ann Arbor in 1971. Part political movement, part hippie love fest, an excellent place to "not inhale". We stepped off the Diag for a trip through Angel Hall so I could show the kids something called "the Fishbowl". The Fishbowl is a campus computing site where half the computers are Macs. This is a great place for students to work. The other half of the computers are PCs. I did not notice the PCs. All I saw were rows and rows of iMacs. From the Fishbowl, we continued our walk across the Diag to South University St. before the cold and dark forces to head off to our hotel.

We drove back into town, parked in the same spot, and walked across the street for dinner at the Arbor Brewing Company. Ok. Dinner was just the excuse we gave ourselves. We wanted beer and the opportunity to try Ann Arbor's equivalent of the Triumph and Harvest Moon. The food here is much better than the beer. I had a delicious black bean veggie burger. Just to be weird, I topped it off with bacon which our friendly server thought was hilarious. Bhavna and I had the "flight" of beer sampler. This is ten "shot" glasses filled with what was currently on tap. I don't remember them all but my favourite was the Apple Cider Ale. I planned on bringing some back with me but alas my followup pint was the last of the ale.

Next morning we headed off to the nearest Sweetwaters Cafe for breakfast. I would describe this as Ann Arbor's answer to Starbucks. Except for the logo and the fact that there are only three locations — all in Ann Arbor — this would be Starbucks. The coffee is good though. This week I am enjoying the Sweetwaters Safari Sunrise; a smoky medium roast. After Sweetwaters Café we attempted to take a tour of Domino's Farm which is located on the campus of Domino's Pizza World Headquarters.  The rain and snow left the farm muddy so we skipped it and opted instead for a trip to the University of Michigan North Campus. This is where most of the engineering students spend their time. The campus has expanded since the last time I was there (1994) with a lot of new buildings. Among these is the Robert H. Lurie Engineering Center built with money from the Anne Robert H. Lurie Foundation. Robert Lurie (BSE IOE ’64, MSE ’66) made his fortune in real estate. The carillon bell tower located on North Campus also bears his name. We parked in a random lot (and got a campus ticket) and walked around. While walking around through the EECS, Duderstadt and other building I regaled the kids with stories of days spent in the computing labs while drinking Faygo Red Pop and eating Little Caesar's tuna melts. Yuch! I hopped on the campus Wi-Fi to get a map to help me find my way around. It's not a public Wi-Fi but I was able to log in using my alumni ID and password. Go Blue! It was Bhavna's birthday so we dressed up and went back into town for dinner.  Before dinner, we toured the Exhibit Museum of Natural History on Central Campus.  We learned about Michigan wildlife and one interesting fact.  Wolverines — the University of Michigan sports mascot — is not native to Michigan. For dinner, we ate at the Blue Nile, an Ethiopian restaurant which we discovered in our walk around town the night before. The kids did not like the food but Bhavna and I enjoyed it. We'll have to remember to visit Makeda in New Brunswick more often. I had forgotten how delicious Ethiopian food is. Our last day I persuaded the family to have breakfast at Zingerman's Deli. I don't know how to describe Zingerman's. I don't think there is a Princeton or New Brunswick equivalent. It's a deli that would be considered excellent even by New York City standards. The prices are New York prices (we paid about $50 for breakfast) but I think the food is well worth it since the portions are large. I ordered two items, a hot polenta cereal with honey and golden raisins and grits. I had to share my grits with Bhavana. She absolutely loved it. The polenta brought back warm memories of my grandma's kitchen. Sweet and absolutely delicious. We washed these things down with freshly brewed fair trade coffee. I think Zingerman's breakfast was the best meal we had in Ann Arbor. I am told that on weekends the line for the entrance stretches down the street. After breakfast — we actually sat in the building next door called, Zingerman's Next Door — we walked around the cafe and bought a few items for lunch and picked up a few take-home items, including chocolate covered bacon. Yummy! The lady behind the counter was friendly — I had forgotten how polite people in the Midwest are compared to the East Coast — and let us sample various things. When Bhavna mentioned that we were visiting from New Jersey and that yesterday was her birthday she immediately offered her six free birthday bagels. What a trip!

Despite the snow, rain and cold weather, my kids rated this as one of their best vacations. They want to do it again in the summer time and visit the great lakes. I'm up for that. 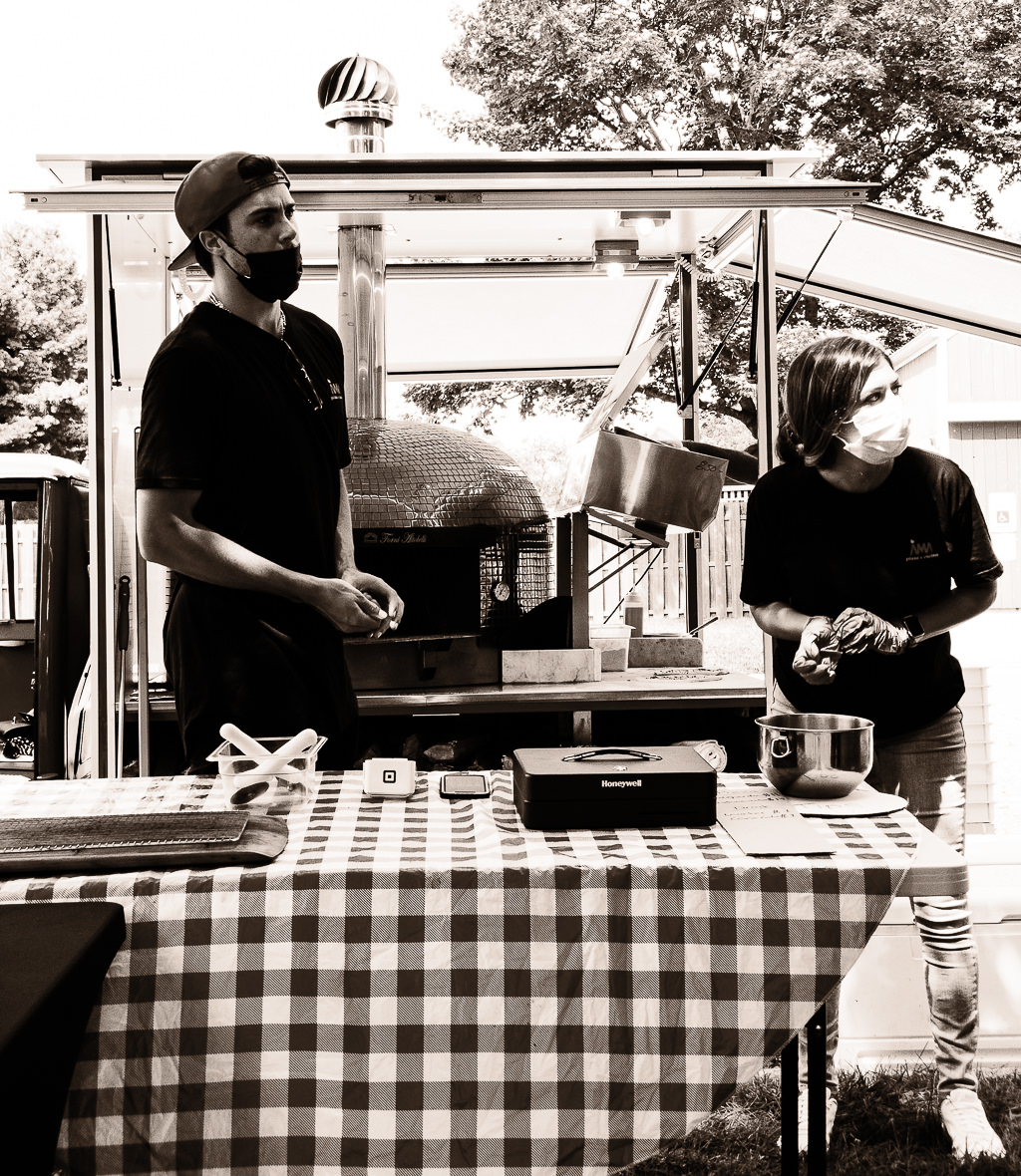 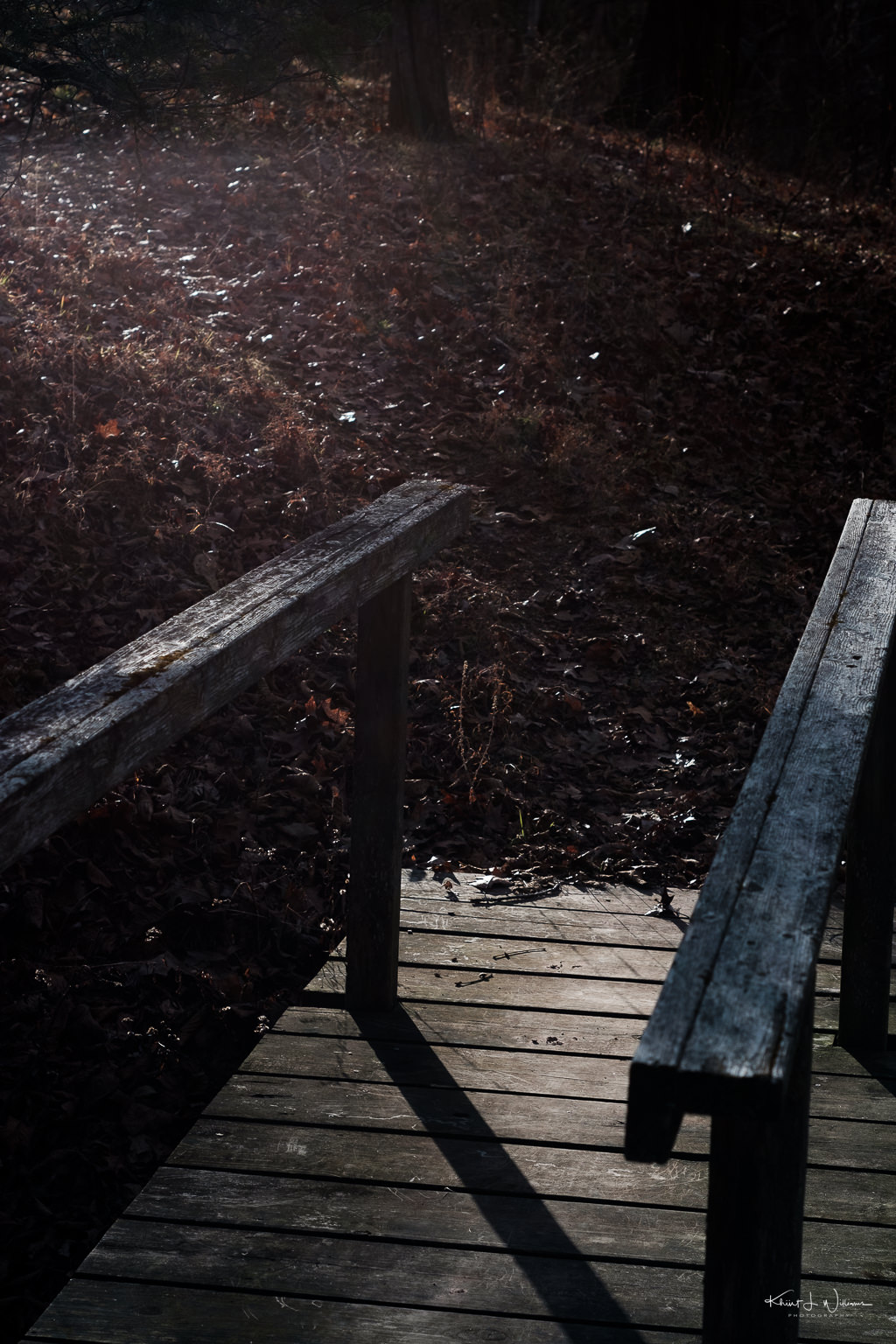 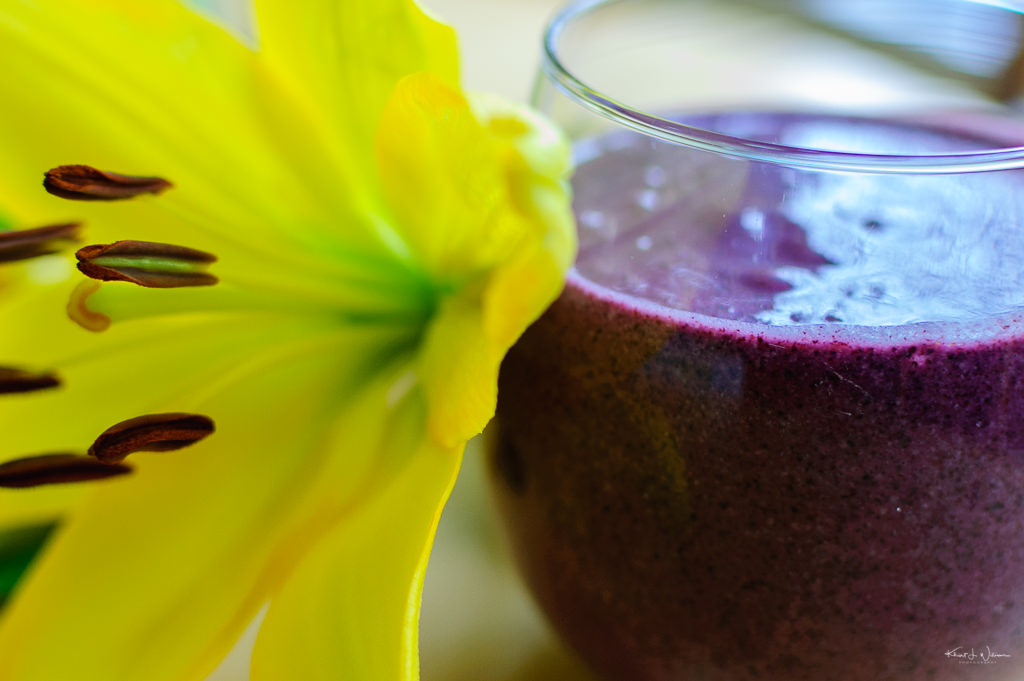