I am drinking a Vernal Vicissitudes by Troon Brewing. A dangerous "fruit smoothie" ale. No hint of alcohol. No hop bitterness. I drank the pint very quickly. As I said, dangerous! 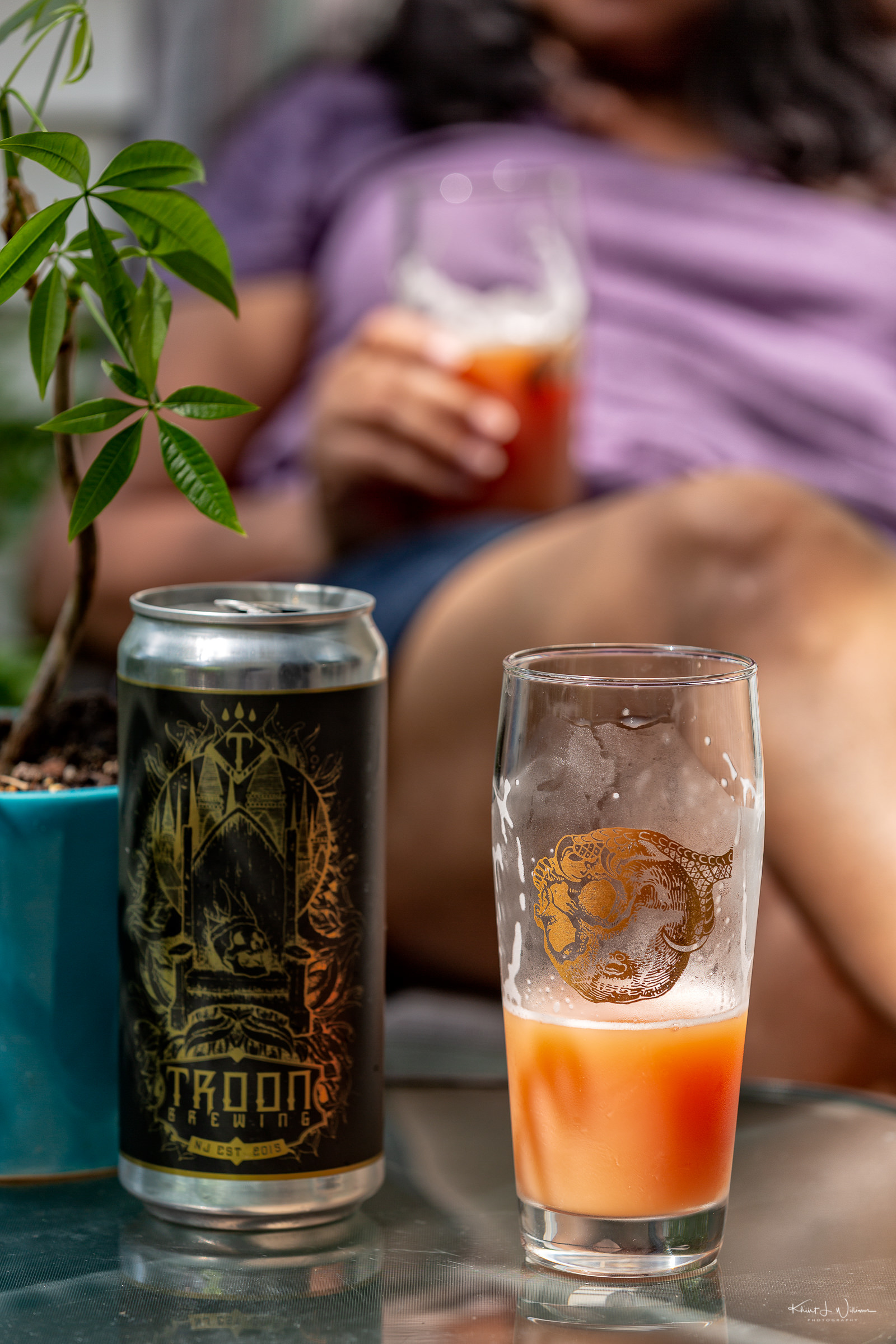 A dangerous "fruit smoothie" ale. No hint of alcohol. No hop bitterness. I drank the pint very quickly. As I said, dangerous!

Our newest smoothie ale crafted specifically for the folks who don't want any beer flavor when they're drinking beer. This particular version was brewed with lactose before being refermented (I know, we're old-fashioned and don't want to hurt you) with idiotic amounts of pink guava.