Name: Troon Brewing Co.
Location: Hopewell, Mercer County, New Jersey
Recommended Beer: Everything
Notes: Troon Brewing Co. does not sell any beer for on-site consumption and does not have a taproom. They serve beer to go in pre-filled, 32oz cans (aka crowlers). Troon Brewing Co. have never served a glass of beer inside the brewery. If they do not have any cans or they sell out (they always sell out) of cans, they are unable to open and will close. Check Instagram before taking the trip if you only want to purchase cans. For full pours and flights of beer, visit Brick Farm Tavern, their only draught account, located right next to the brewery at the front of the property.

Troon Brewing had been open for a while when they announced their Grand Opening in collaboration with Brick Farm Tavern. I'm not sure what was the point of the Grand Opening, but it was received with much enthusiasm. Brick Farm Tavern guests had brunch at the Tavern while sampling the fine ales and porter from Troon. Troon Brewing's brewer, Alex provided tours of the brewery while filling growlers of his excellent ales. Most of the guests were residents of Somerset, Mercer, Hunterdon, and Middlesex counties, although I spoke to one gentleman who had traveled up from Atlantic City. Bhavana and I filled two growlers; one with American Pale Wheat Ale, Dog-Earned Novel and the other with an American Pale Ale, Take Off Your Skin And Dance In Your Bones.

Troon Brewing's brewer, Alex talking with some of the people on the tour. 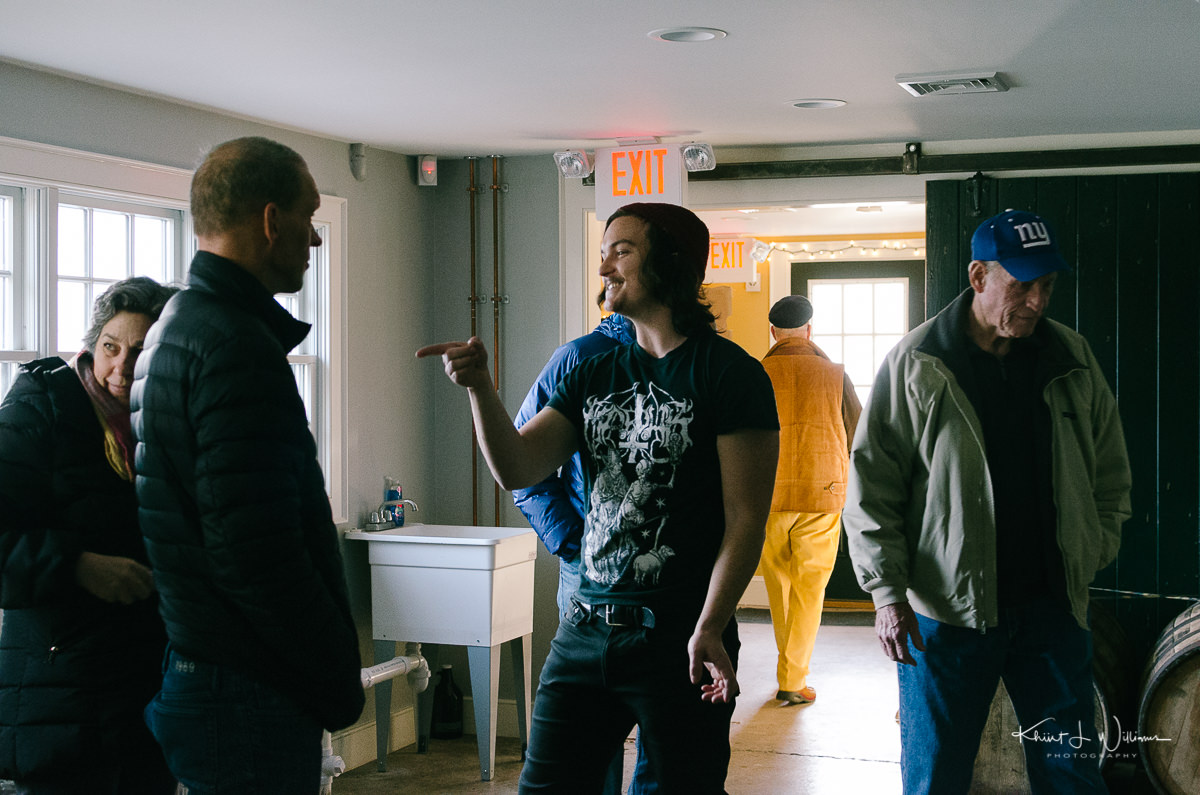 I am not certain this is Alex's Dad, but I believe it is. Or maybe he's the owner of the Brick Farm Tavern. I don't know the name of the woman he's talking to, but it must be someone close to the family. 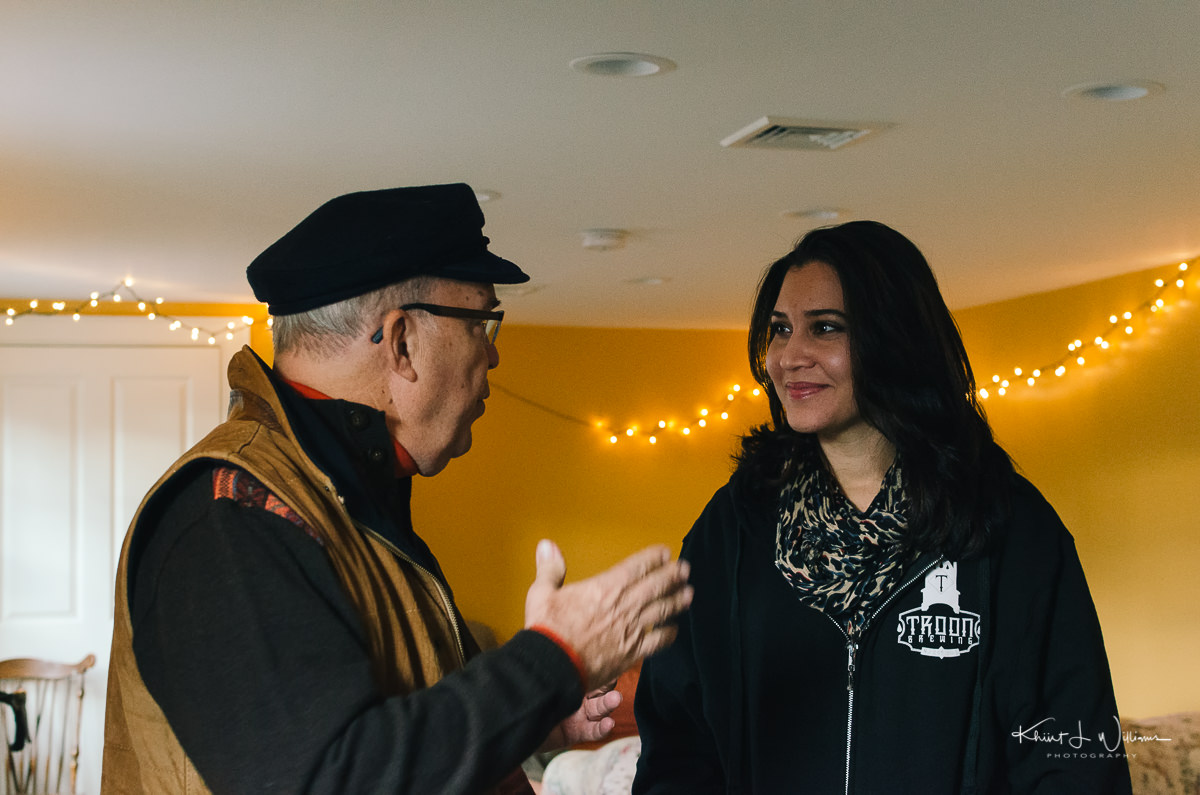 These images were shot at relatively high ISO. I used the sharpening technique I described in a previous article. 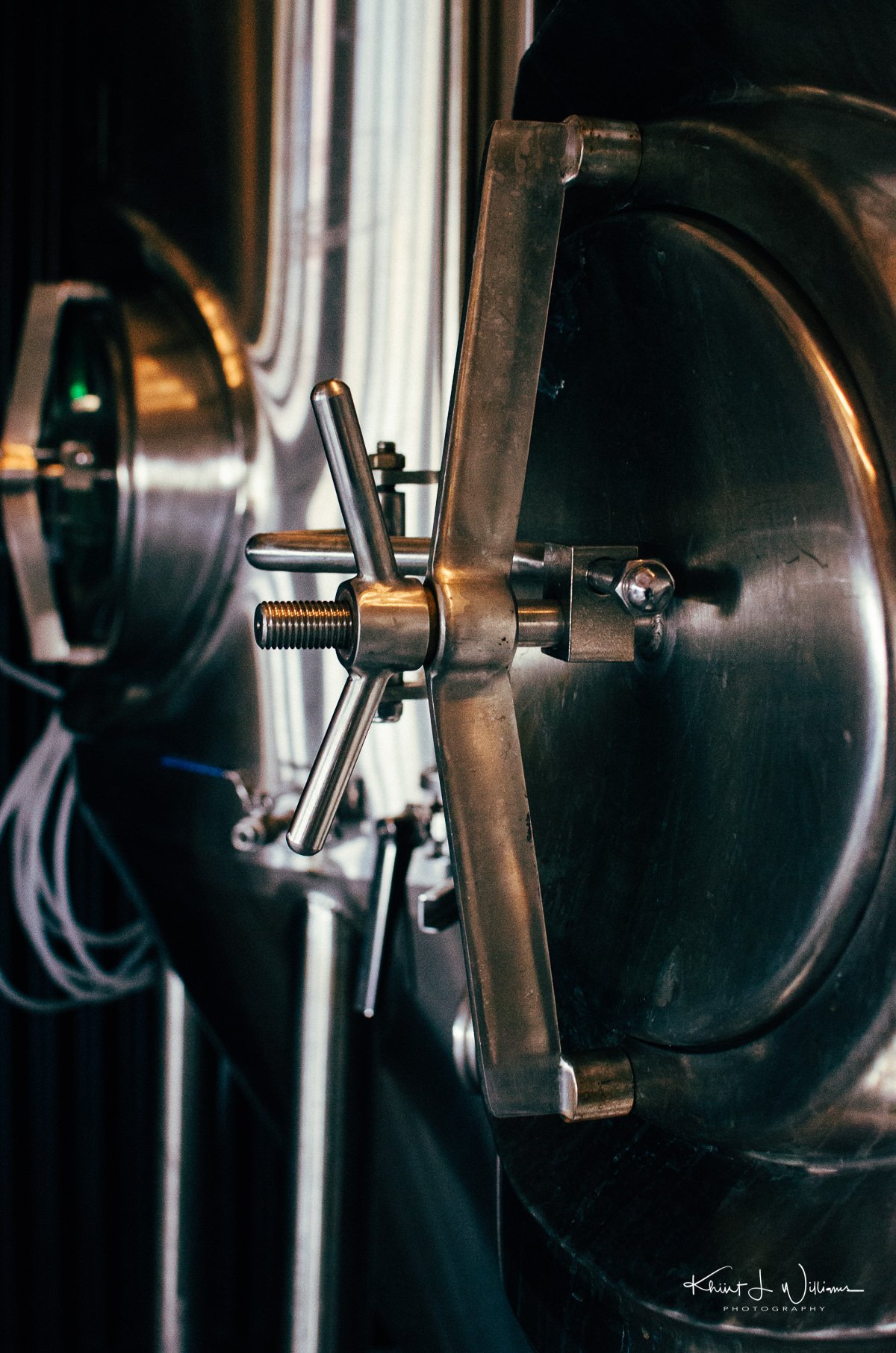 Got some feedback? Please leave a comment below. Cancel reply