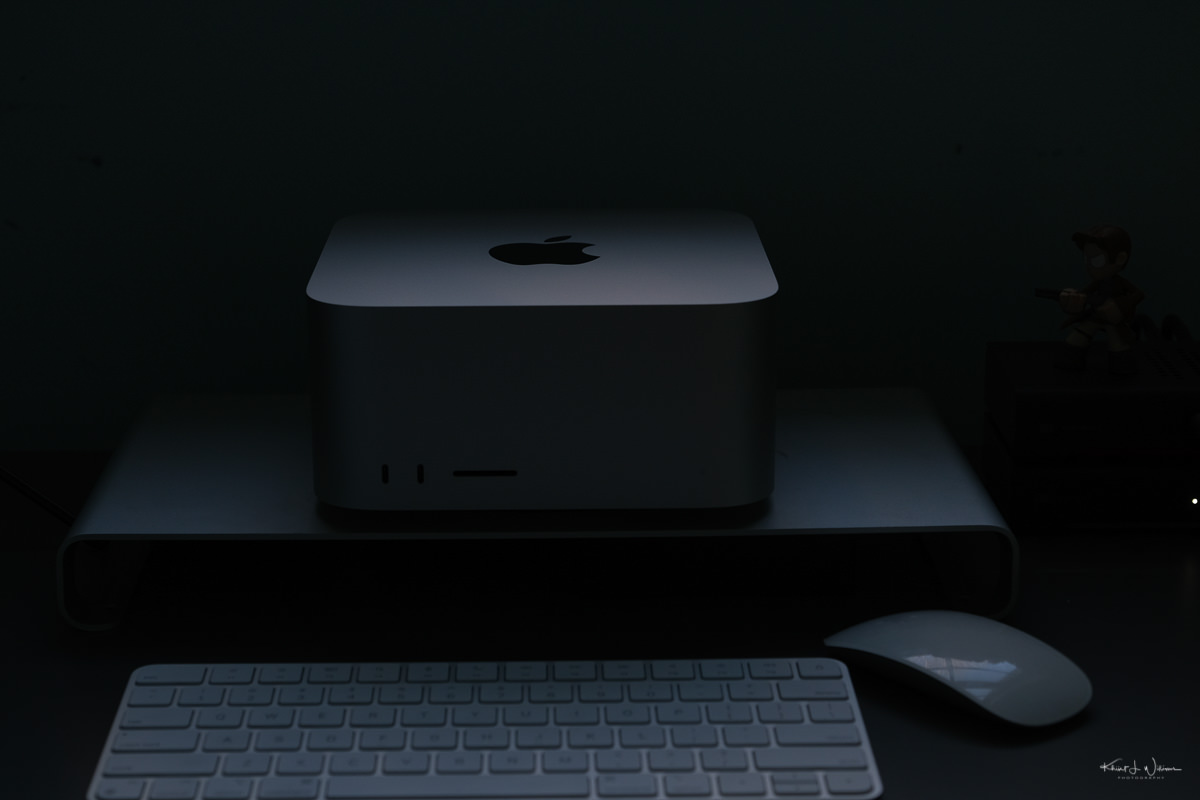 After the disappointing fiasco I had with ordering, I was excited when my Mac Studio and Studio Display arrived last week. I carefully positioned everything where I wanted it (for now), attached the external hard drives, switched on the Mac Studio and patiently waited the 20 minutes it took the Migration Assistant to transfer my profile and application configurations to the new Mac. The Studio Display is brilliant, and the new Mac Studio is snappy. It's faster than I expected it to be. I don't have much to report as yet. I imported all the images I captured on my Fuji X-T3 when I was "offline", and it will take some time to delete, edit and post those images.

As is the recent custom in our home, the computing devices are named for our favourite Lord of The Rings characters. I have decided to keep the last name, Gandalf, used for the iMac. However, a part of me wants to make a small change to Gandalf the Grey.

We spent a lot of time together but my 2013 iMac has failed. Permanently. I ordered the new Mac Studio but I feel a sense of loss. 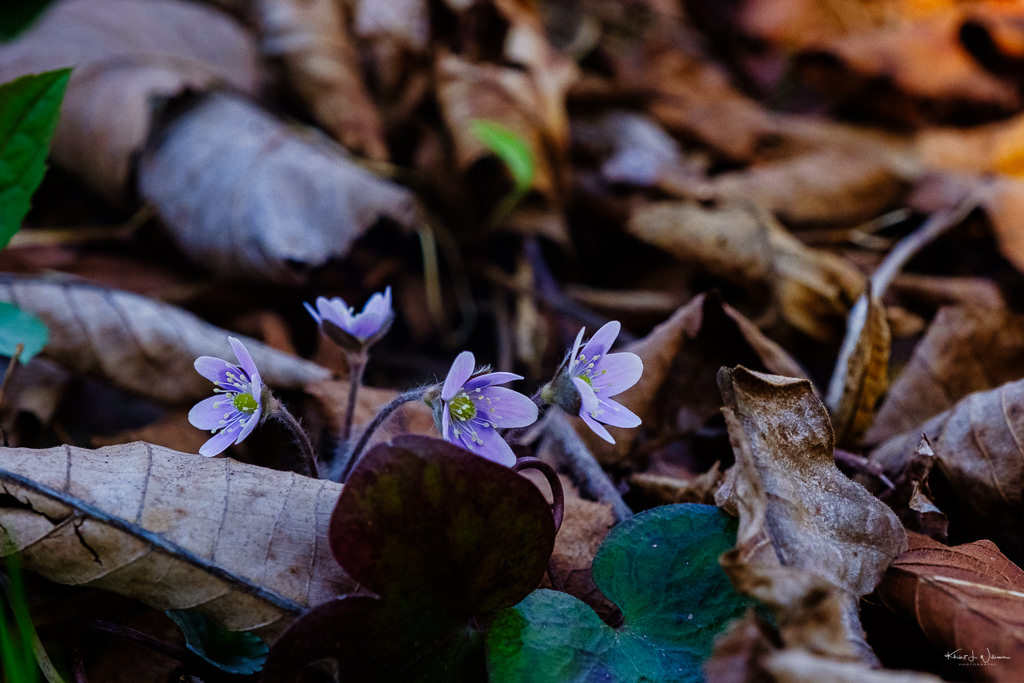 It's been a rough few weeks.

On March 8th Apple announced a new Mac, the Mac Studio, and a new companion display, the Studio Display. I was so excited I ordered right away. This Mac Studio was not the Mac I was waiting for Apple to announce; it was even better than expected. The Mac Studio looks like a beefed-up Mac mini with a powerful new Apple M1 Max CPU. It has all the ports that Apple removed from the Mac lineup over the years, including regular USB Type-A ports but, more importantly, an SD card slot for photographers.

When Apple removed the SD card slot and Type-A ports from the MacBook Pro and iMac, I said it was a wrong move. Some of my friends said that only a few people would care or notice. But the new Mac Studio has them. "I told you so".

I compared the geek bench performance benchmarks for the base model Mac Studio to my late 2013 [27” 3.5GHz Core i7 iMac] and the late 2017 iMac Pro. My iMac has a 3.5GHz Core i7 CPU with 32GB of memory and NVIDIA GeForce GTX 780M with 4 GB of dedicated memory. The base model Mac Studio has a 3.2 GHz Apple M1 Max CPU with 32GB of memory and an integrated Apple GPU with 24-cores. The Mac Studio is a beast compared to my iMac Pro and the base model iMac Pro! It's 150% faster than my old iMac!

I love the performance and display in the iMac, but one downside of the all in one design is that each time I upgrade to a new iMac, I am effectively paying for a new CPU and display. Another downside is that the 27" display in the iMac can't be used as a display for another computer. With the new Mac design, the CPU and display are separate. I can connect any 4k, 5K, or better display to the Mac Studio. The Studio Display is a beautiful 27” 5K "Retina Display” display with a built-in 12-megapixel video camera and integrated six-speaker stereo system. It's gorgeous and powerful and a perfect companion for the Mac Studio, Mac mini, or any computer.

On March 8th, I placed my order, and Apple provided me with an expected delivery date of March 24th. Apple allowed me to trade in my old but functional 2013 27" iMac for $200. I was so excited.

On March 18th, my iMac stopped booting. After a full day of troubleshooting, I determined that the internal SSD had failed. The iMac could boot from the external Time Machine disk, but the performance was terrible. I unplugged the iMac and set it aside. I told myself, "your new Mac will be here soon".

On March 24th, I received an email from Apple that there was a problem with my credit card, and they could not ship my order. I called the credit card company, but they said the problem was that Apple wasn't sending them the pertinent information (the card verification code) to complete the order. I had placed the order using Apple Pay, so I called Apple Pay support. They couldn't explain why the card verification code was not being sent and refused to take the number over the phone. They recommended I cancel the original order and place a new one using their website and regular checkout. That put me at the back of the order list. Apple will ship my new Mac Studio and Studio display around April 18th. Argh!!

My Adobe Lightroom catalogue is on an external hard drive, but my wife's 2013 MacBook Air is not powerful enough to run the software. We purchased the MacBook Air for light-duty tasks such as email, calendar and web browsing. I can't do any photo editing. I feel a sense of loss and lots of anger. I hope my new Mac Studio and Studio Display will arrive before April 18th.

Earth Day is still a few weeks away on 22 April. However, the Lens-Artists are celebrating early.

There is an old saying with disputed attribution.

... it’s clear that computational photography is polarising: people who want to be more in control of their photographic process loathe the computational pre-packaging of the resulting photos.
…
The problem, as far as I’m concerned, is the approach of those who happily take advantage of all the capabilities of computational photography but want to pass the resulting photos as a product of their creative process.
…
Not long ago, a photographer friend of mine has succinctly remarked, All the photos taken with current flagship phones look like stock photos to me. And stock photos are great, are perfect for their purposes, but you won’t find them hanging in an art gallery.

As I read the middle paragraph, I nodded my head vigorously in agreement. I know people who fancy themselves good photographers simply because they can push a button and have a computer algorithm make a photograph.

With time effort, and perseverance, experienced photographers develop their skills with a camera. With interchangeable lens film and digital cameras, when a photographer pushes the shutter button, they have already considered the scene, the lighting conditions, and the composition and used their experience to adjust the camera aperture, shutter speed, and other settings. The photographer takes the place of the algorithm. I am concerned that many of the people using computational photography do not have an appreciation for that skill.

Fuji announced a few new lenses in the spring of 2021, one of which was the XF27mmF2.8 R WR, an update to the XF27mmF2.8, which I already owned. The new lens has a focus ring and is weather sealed. The previous lens did not.

I developed some muscle memory for aperture changes using the Fujinon XF16-55mm R LM WR lens. Without an aperture ring on the XF27mmF2.8, I must use one of the function buttons on the camera body to change the aperture. I was annoyed and found the arrangement inconvenient and ran counter to why I switched to Fuji.

I waited several months until after reviews were posted online before deciding to place my order. The lens was hard to find. Fuji stated that they were challenged to produce enough lenses due to demand for the lens and supply chain issues. None of the big box stores or online retailers had the lens in stock. Amazon stopped taking orders, but Adorama and B&H Photo took orders and put you on a waiting list. Last week my XF27mmF2.8 R WR lens finally arrived after placing it with Adorama several months ago.

The XF27mmF2.8 R WR lens is imperceptibly larger and heavier than the XF27mmF2.8 but remains light and compact. The aperture ring is silky smooth. At the 41mm full-frame equivalent on the Fuji X-T3 APS-C sensor, the 27mm focal length is close to the "perfect normal" focal length.