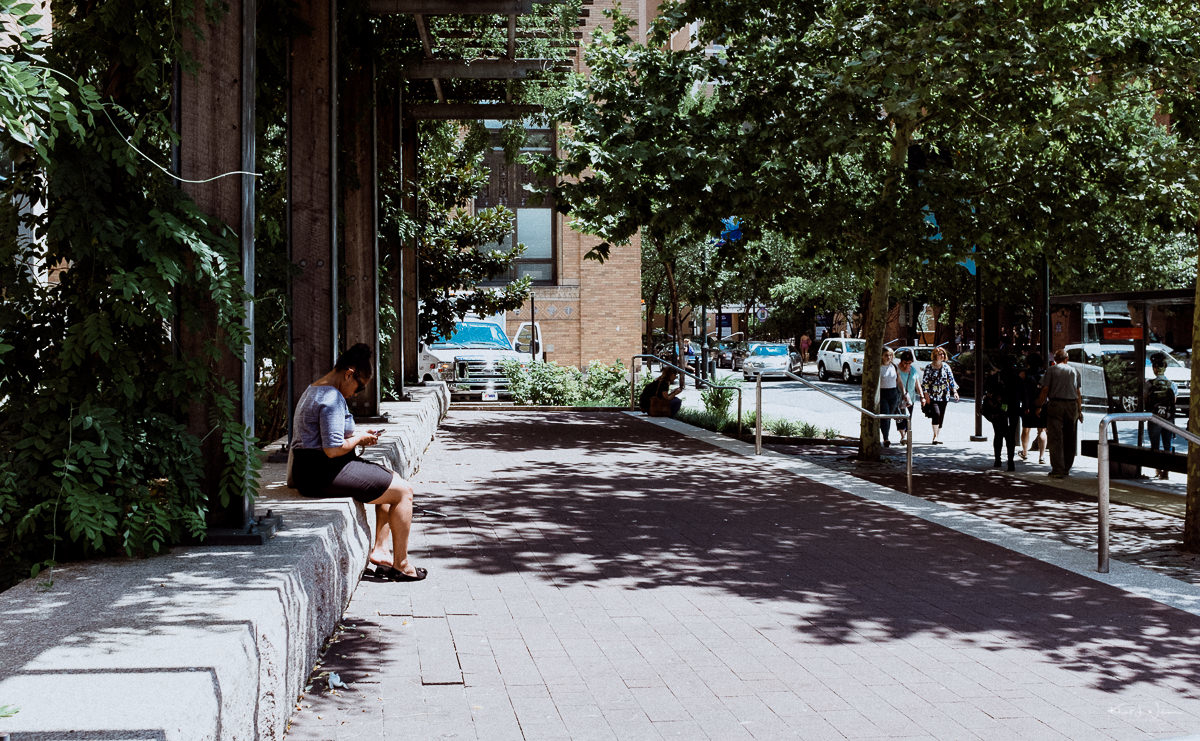 Today’s treatment at Bodine Center For Radiation Therapy was short. Right after treatment, I had a consult with my radiation specialist. It’s all coming together. My eyes look better. She’s pleased with the results and wants to schedule a followup in six weeks.

We valet park the car. It's easier and gets me into the radiation therapy room sooner. While Bhavna waits for the valet to bring the car around, I am restricted to shooting between Sansom Street ad Chestnut Street. I have been trying to get the full length of this structure in my frame, but it was challenging. But today, the space on the street directly across from Milkboy was clear. I was able to dd a head-on image of the building with my Fujinon XF16-55mmF2.8 R LM WR lens. 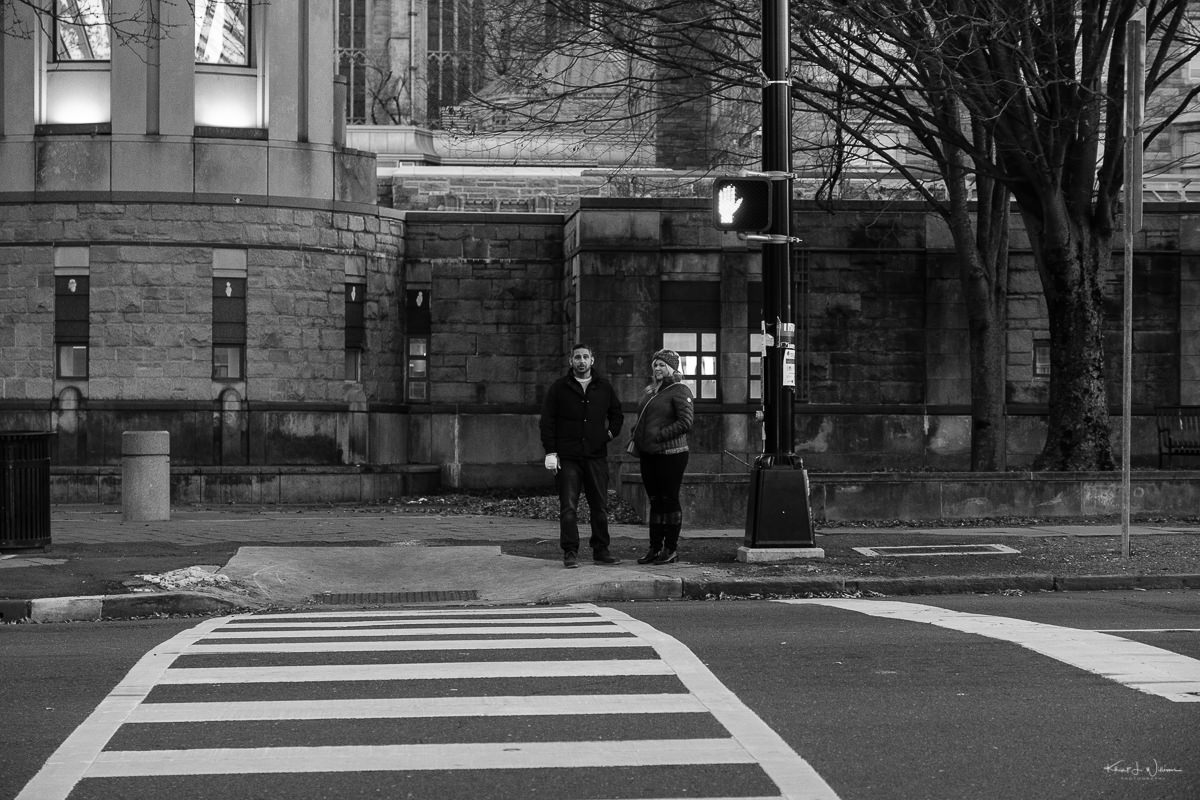 I am of the opinion that street photography as a practice by certain well-known photographers is not possible outside of large cities, which is why I think that the street photography workshops I find online are held in larger cities. Specifically, I think street photography cannot be done by non-white people in wealthy, mostly white, small towns like Princeton, Hopewell, etc., in New Jersey. And impossible in towns that have no downtown, like Montgomery, West Windsor, etc.

I have tried many times. When I point the camera in the direction or a person or person, they immediately stop to either remove themselves from the scene or give me a look that feels to me like “what the f**k are you doing”.

I am not comfortable with street photography in general but I feel that if I were to spend an hour or more walking around taking photos of people that I would soon have a police patrol car following me around and beyond that being questioned as to the reasons for my actions.

Is this image of skateboarders on Scudders Plaza street photography? There was no street here. I interacted with them. We chatted about camera equipment and the best angle and shutter speed to use for these shots.

Would the father in this image get upset if he notice that my camera was pointed in their direction?