Last year, after reading Tobias Mann's review of Kodak Portra 800 I bought a roll with the intention of exposing it as soon as possible. But I set aside the roll in a cool box and forgot about it until December. I had promised Bhavna a trip into Frenchtown to see the way the shop keepers and restauranteurs had decorated the downtown area. The sky was overcast creating a good opportunity to expose a few frames of Kodak Professional Portra 800.

Kodak Professional Portra 800 is a high-speed daylight-balanced colour negative film optimized for use in difficult lighting conditions. It has a nominal sensitivity of ISO 800 along with a notable underexposure latitude for effectively pushing to ISO 1600 with maintained quality and extended highlight and shadow detail. As we walked around Frenchtown, I exposed the roll at boxpseed in a wide variety of natural lighting conditions including broad daylight, open shade, and of course window light. Although I several Minolta flash units I did not exposed any frames under artificial light.

The film was developed at Boutique Film Lab and scanned using my Silver Fast 9 and Epson Perfection V600. I used Negative Lab Pro to convert the scans. No corrections to exposure, colour temperature and composition were made.

Kodak Professional Portra 800 35mm film delivers all the advantages of a high-speed film along with finer grain, higher sharpness, and more natural skin tones and color reproduction. Portra 800 film - for perfectly stunning results with less-than-perfect light. The negatives have some warm tones and while the grain is noticeable I think it’s still very pleasant looking. 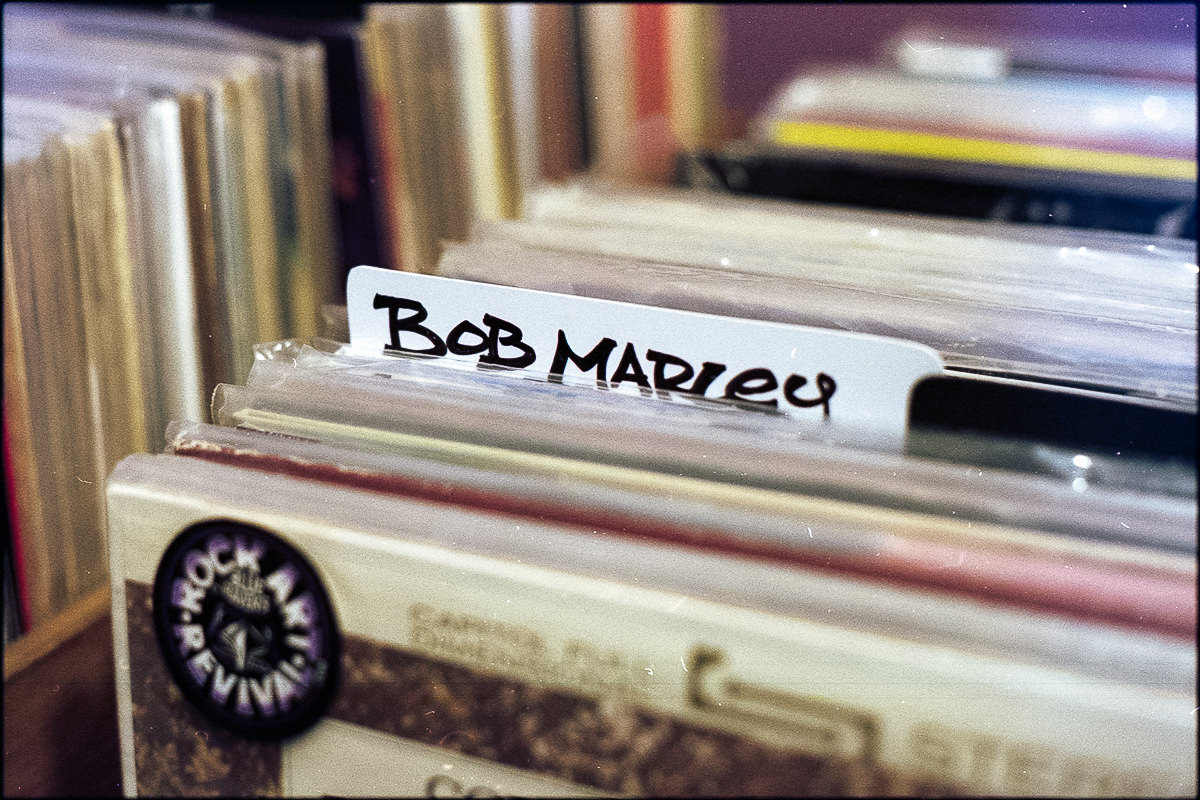 I woke up this morning thinking about Dad. I miss all those moments we spent listening to records.

The inner sleeve is on the couch. I sit and read the jacket. Dad cleans the record surface and stylus while the pre-amp and tube amp warm up. The polished vinyl gently drops onto the platter. The turntable spins. The tonearm and phono cartridge gracefully move into place. No words were spoken. It was time to listen.

I am disappointed with the result, but I am still happy to try this 35mm film. 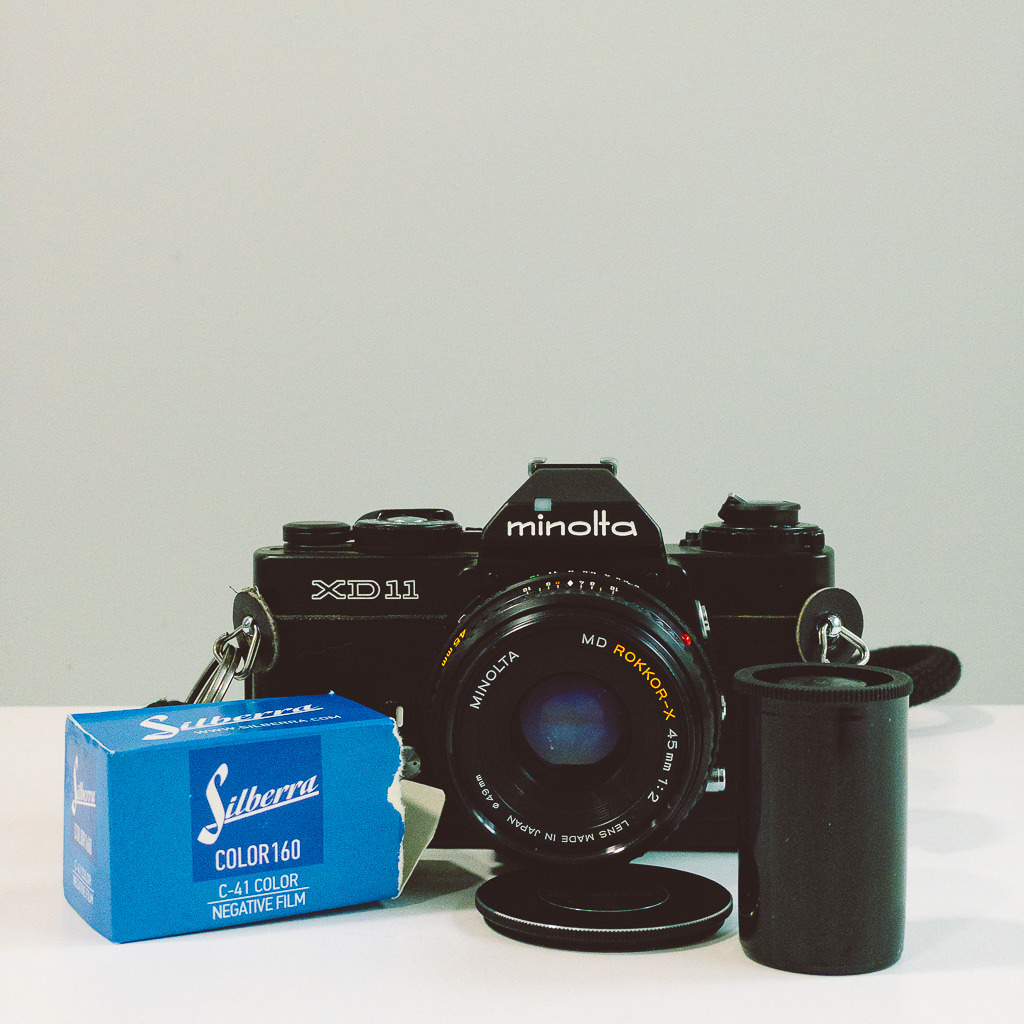 NOTE: I'll begin this experience report with a brief disclaimer. It's been less than three years since I've returned to shooting 35mm film after switching to digital photography over 20 years ago. I've inundated myself in as much film education as I could find between web articles and advice from experienced film shooters. But, with my former experience way in the past and limited recent experience, this review is coming from a relative novice point of view.

... recently, three other films have appeared. They're not Lomography films, nor are they coming from Kodak or Fujifilm, the last two giant colour film producers. These three films come instead from Russia's Silberra, a boutique film brand which has until recently concentrated on black-and-white film.

Silberra's colour films span a trio of medium-speed ISOs: 50, 100 and 160. Where exactly they come from is a little bit of a mystery. The company's own website offers little info, and in fact didn't even list the 160 version of the film before a consignment of it arrived at London's Photographers Gallery at the end of 2020, who gave me a roll of it to test.

A lot of 35mm film has been discontinued over the last few years. We list ADOX Silvermax and SCALA 160, Fujicolor Pro 400H, and FujiChrome Velvia 100. This has driven up the price of remaining stock and the costs of other 35mm films as photographers seek alternatives. A single 36 exposure roll of Fujifilm Pro 400H sells for over $40 on Amazon.com, the only store where I have seen the film, listed for sale. But what the universe taketh away, it also giveth.

After reading Stephen's experience report, I decided to give Silberra Color 160 a try. I ordered a single roll from Blue Moon Camera ($11) and exposed the roll during September and October. I captured various subjects under varied lighting conditions. I only sent the film roll to Boutique Film Lab for processing ($5+$10 shipping). The developed and uncut negatives arrived this week, and yesterday I scanned them in using the Epson Perfection V600, Silverfast 9 and Negative Lab Pro. I followed the same guidelines for scanning and processing the scanned images I used for Kodak Pro Image 100. The recent update to Negative Lab Pro promised even better results, so I was excited.

The number of keepers from the roll of 36 was relatively low. Many of the images were out of focus or blurry. I'll admit that I am still re-learning how to use 35m films (after a 30-year hiatus), but I got more keepers when using Kodak Pro Image 100 or Kodak Vision 250D. I like how darker skin tones are rendered in Kodak Pro Image 100. Overall the images seem more neutral. I don't particularly appreciate how Silberra renders skin tones.

I am disappointed with the result, but I am still happy I could try this 35mm film. I learned that Kodak Pro Image 100 might be the ideal and currently available 35mm film that produces results that I like. I think I'll be sticking to that for a while. At least until Kodak discontinues that film.