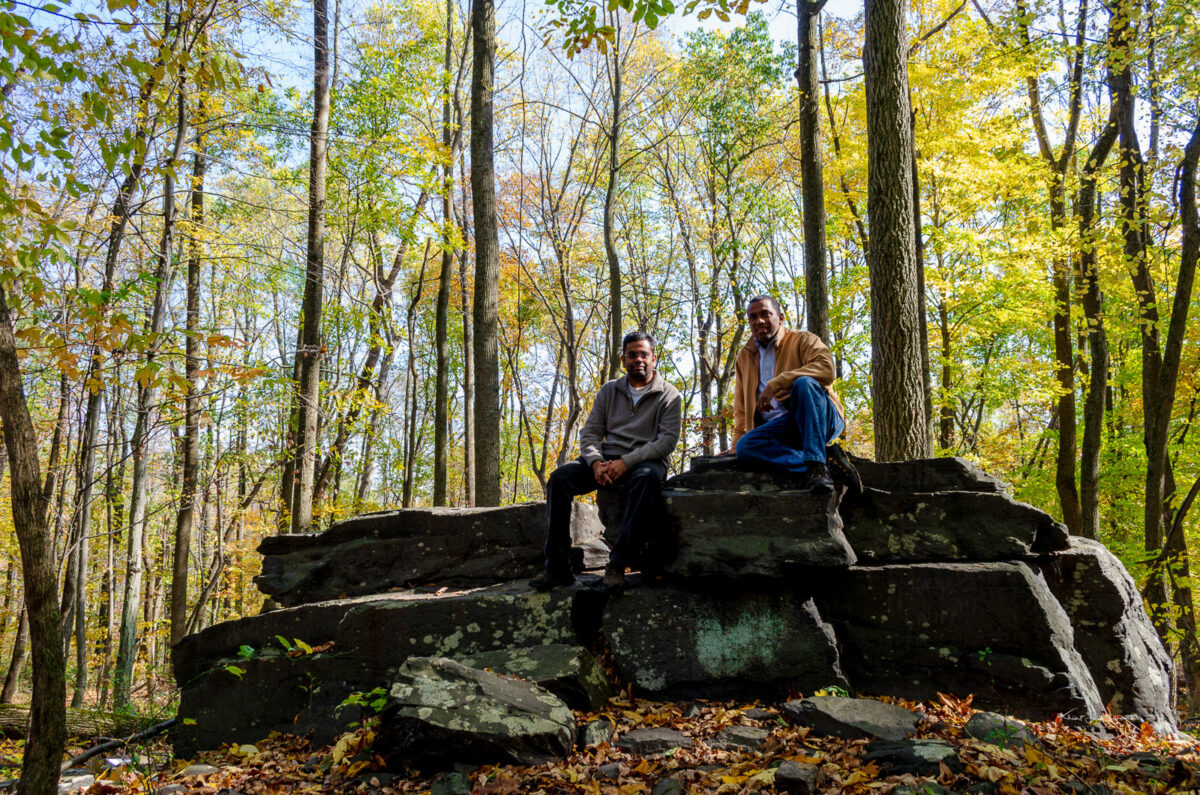 For this week’s photo challenge, explore what it means to find your place in the world. Where’s your safe space? Where do you go when you need to feel inspired or cheered up? Do you prefer to feel cozy and comforted in a smaller town or do you thrive on the buzz of a big city? If landscapes aren’t your thing, you can even explore portraits by playing with scale or fashion. 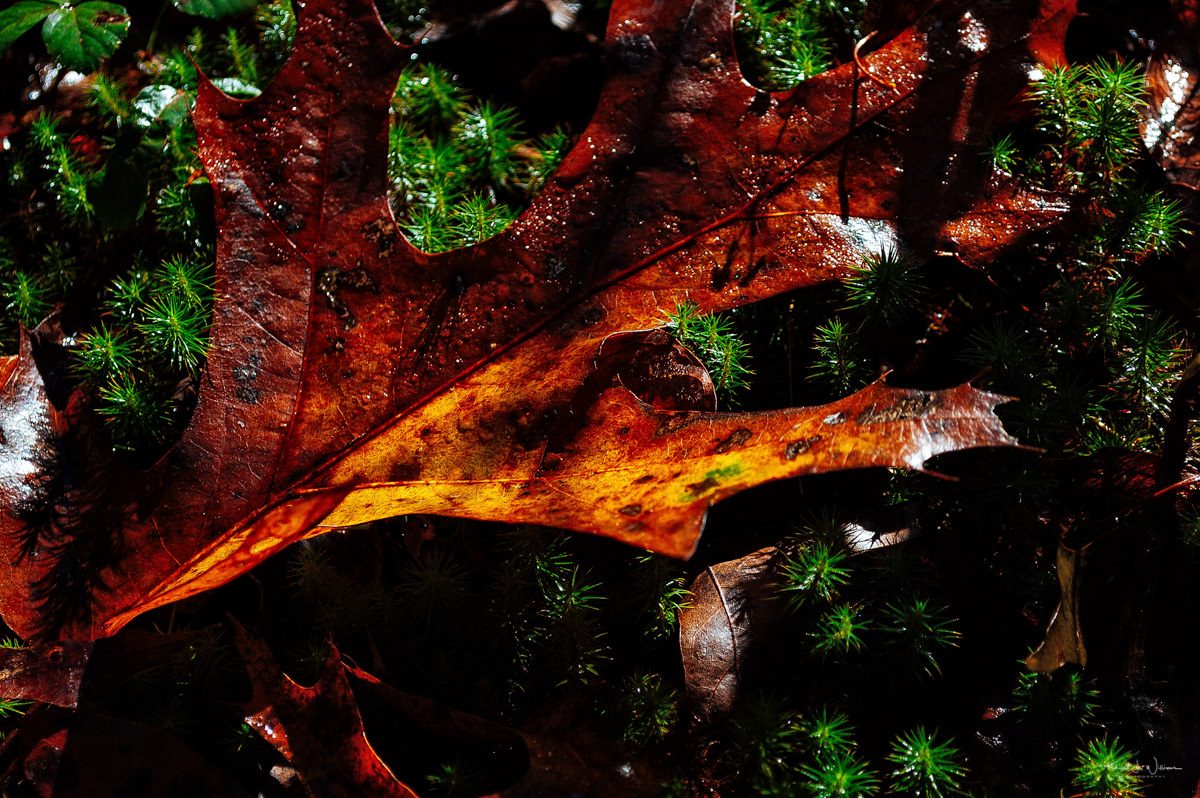 I had fun today. My friend, Prasanna Sãrma and I took a walk around the “blue” trail of Mercer Park in West Windsor. Last week I walked the same route with a group of local photographers for the Scott Kelby World Wide Photowalk. My friend could not make it that day, so this was an opportunity for him to experience the trails. We got there around 9 AM and proceeded along the path, stopping to capture images of various spider webs. It’s interesting how varied spider webs can be. I saw the “ordinary” spoke and hub style of web and webs that look like sizeable puffy cotton balls. These webs were built by very tiny spiders. Too small for my camera to focus clearly. I hope Prasanna got better close-ups with his Sony NEX-5.

We proceeded along the path toward the water and over a small footbridge. I love the reflection of the sun and the coloured leaves in the water. We stopped to admire the “red carpet” of leaves just under our shoes and captured some photos of mushrooms on fallen tree branches and logs.

Prasanna has visited the park before from the other side of the lake. We saw a man in a rowboat he was too far away for my AF-S Nikkor 18-55mm zoom to capture him. I concentrated instead on the trees that had fallen into the lake. The light was reflected off the water onto the golden leaves of one tree that had fallen over into the look. The waves cause the reflected light to flicker against the tree branches. I don’t think my photography accurately captured what I saw.

It had rained the night before. Parts of the trail were muddy, and in some areas, wide shallow puddles had formed. We proceeded slowly. We found our way deeper into the forest and among a canopy of bright yellow, orange and red leaves. Prasanna loved it when the wind blew leaves from the trees. We both tried to capture photographs of falling leaves, but I don’t think we were successful. I wasn’t.

On our way back across the footbridge, we saw a large bird standing in the water. I don’t know what sort of bird it was, but we got a few good shots. While attempting to get a close shot I accidentally scared it off. I did not get any photos of the bird taking off. My camera was set in aperture priority mode. Great for shooing leaves but not great for action shots.

We learned a great deal about the limitations and strengths of each of our cameras. The NEX-5 has a very high ISO — 12,800 — while my 7-year-old Nikon D40 is limited to ISO 1600. Prasanna discovered some of the manual modes of his NEX-5 while I decided I wanted a new camera body. I’m not sure I want a Nikon. I like the retro look of some of the more modern third-generation cameras, like the Fuji X-Pro 1 and the Olympus OM-D M5. However, I want a full sensor camera, and the Nikon D600 would do nicely.

Prasanna and I also learned much about the limitation of our lenses. I have a few primes — 35mm and 50mm —, but on the DX body, they are 52mm and 75mm. These make for great general purpose or portrait photography but are not well suited to landscape photography. If I had the budget to start over I think I might buy a Nikon D600 body and just three lenses — a Nikkor 24-70mm f/2.8 for landscape and daily photography, a Nikkor 70-200mm f/2.8 for sports photography and a 50mm f/1.8.

We finished up around 11:30 PM and headed on home. It was a great day. You can see more of the images in my photo gallery. Prasanna and I agreed to return in the winter after the snowfalls. I wonder what the lake will look like then?