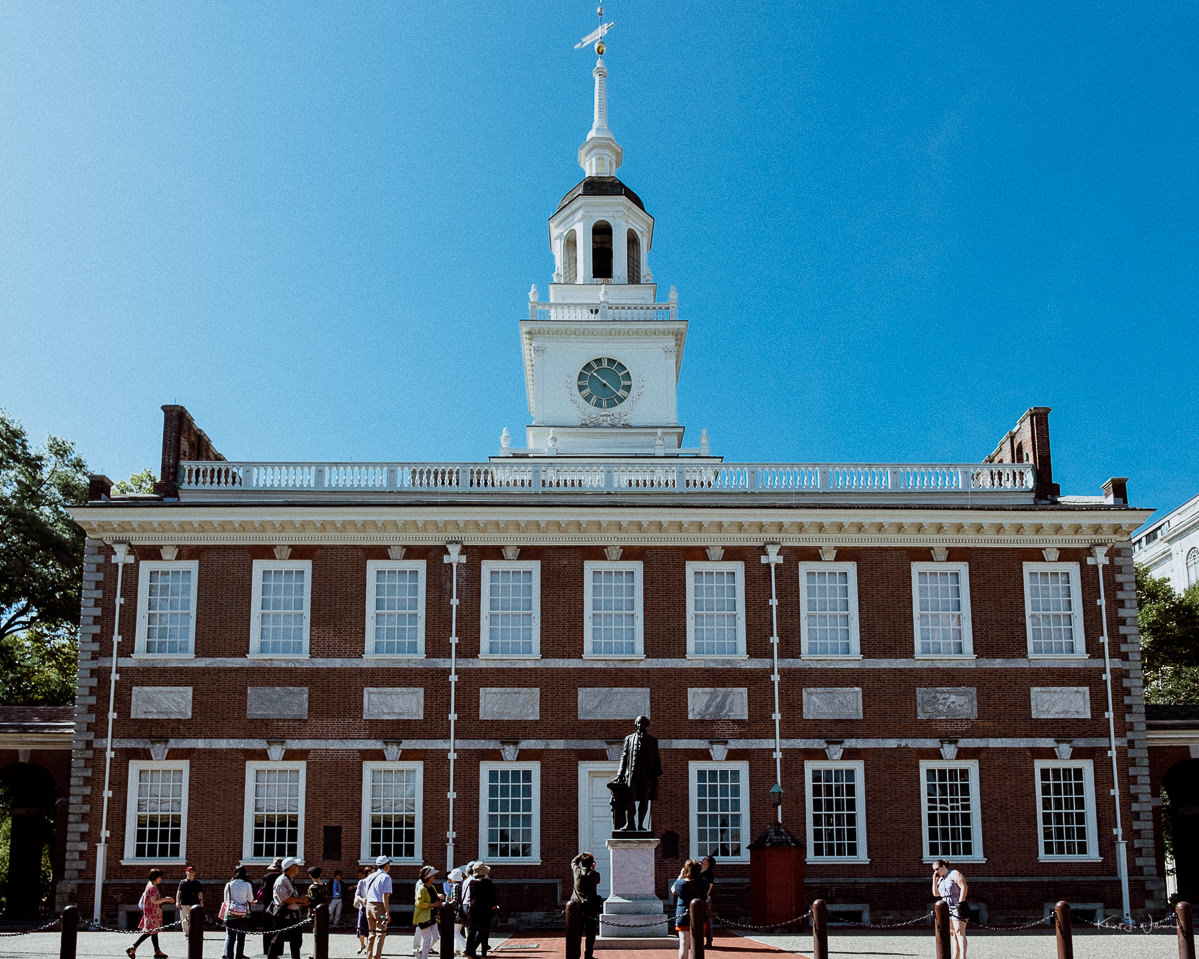 Bhavna and I were in Center City section of Philadelphia early this morning. I had a CT scan and pre-surgery testing for my upcoming orbital decompression surgery. The Wills Eye Institute is several blocks, about a 10-minute walk, from the outer edge of the Old City section of Philadelphia, which was an excellent opportunity to capture some images at Independence National Historical Park for Frank's weekly challenge.

Bhavna is still recovering from her foot surgery. Her foot is still sore, and she did not think that she could walk the distance Old City, so I went alone. She stayed behind in the sitting room at Wills Eye Institute.

I wanted to be respectful of her time. I quickly walked to Chestnut Street to Independence Hall. Tourists were milling around outside the building and only later did it occur to me that people might be enjoying the long weekend to visit this historic section of Philadelphia. I stood close to the edge of Chestnut Street to get a photograph that included as much of the Independence Hall building as possible while reducing the chance of tourists stepping into my frame. It was frustrating. The 16mm end of my Fujinon XF16-55mm R LM WR lens was not wide enough for this occasion.

Independence Hall is where the Declaration of Independence and the U.S. Constitution signed, bringing into existence the United States of America.

The State House bell became a herald of liberty in the 19th century. "Proclaim Liberty Throughout All the Land Unto All the Inhabitants thereof," the bell's inscription, provided a rallying cry for abolitionists wishing to end slavery. The Anti-Slavery Record, an abolitionist publication, first referred to the bell as the Liberty Bell in 1835, but that name was not widely adopted until years later. ... Beginning in the late 1800s, the Liberty Bell traveled across the country for display at expositions and fairs, stopping in towns small and large along the way. For a nation recovering from wounds of the Civil War, the bell served to remind Americans of a time when they fought together for independence. Movements from Women's Suffrage to Civil Rights embraced the Liberty Bell for both protest and celebration. Pennsylvania suffragists commissioned a replica of the Liberty Bell. Their "Justice Bell" traveled across Pennsylvania in 1915 to encourage support for women's voting rights legislation. It then sat chained in silence until the passage of the 19th Amendment in 1920. Now a worldwide symbol, the bell's message of liberty remains just as relevant and powerful today: "**Proclaim Liberty Throughout All the Land Unto All the Inhabitants thereof***."

After I got my photograph, I stood there watching the Bell and pondered how incredible it was that I lived in a part of the United States with such historical significance.

After photographing the Liberty Bell, I looked at my watch and realised that I needed to get back to my wife. I walked down 4th Street, crossing through Independence Square toward Walnut Street. I felt rushed and wish I had more time to compose my shots. Perhaps I'll plan a photo walk with some friends.

John Barry was the first Commodore of the U.S. Navy. 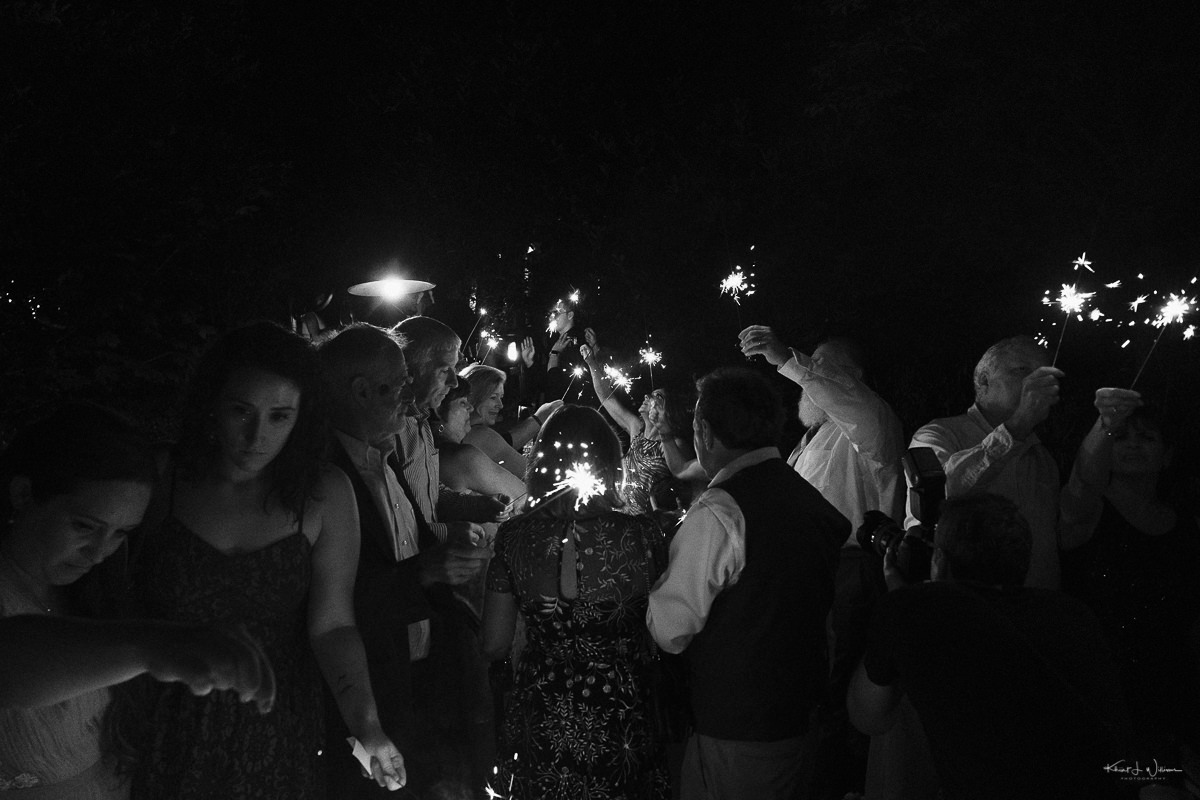 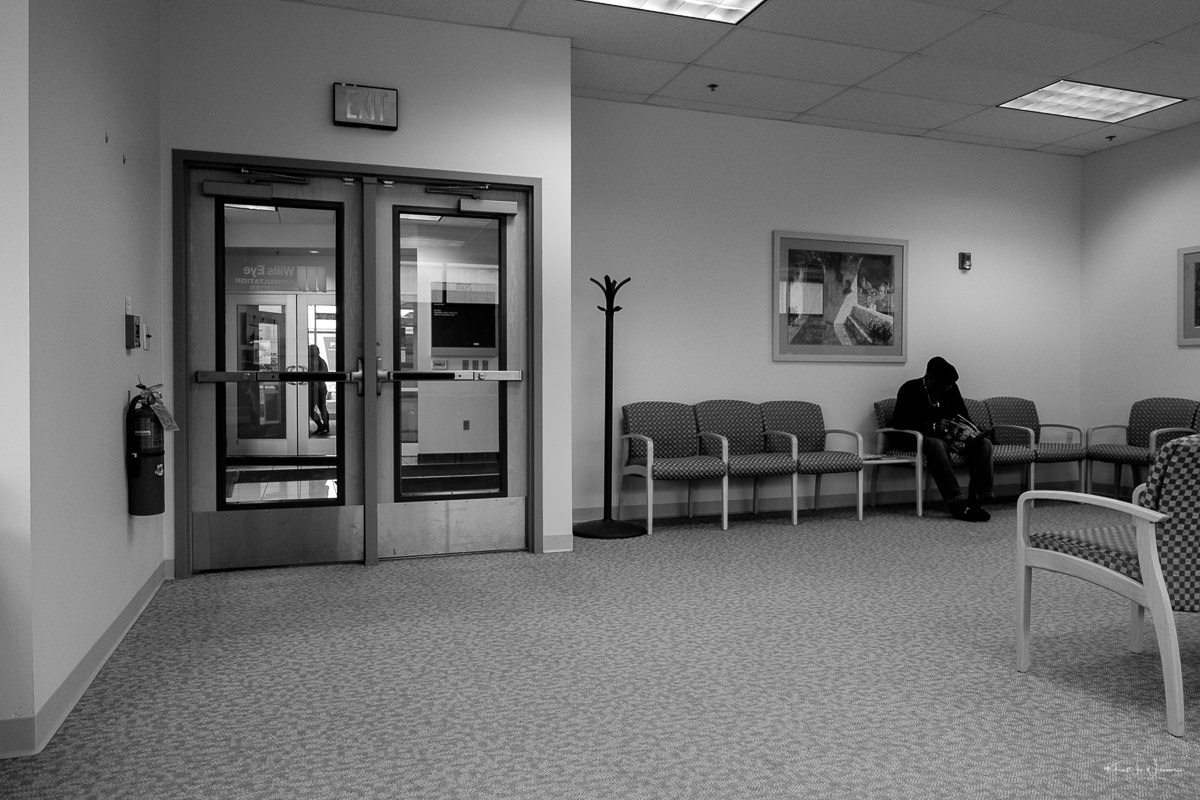 Next month I will have orbital decompression surgery to address some of the issues with my eyes that have been caused by thyroid eye disease. There is a 30% chance that the surgery could cause some double vision which means that after recovery surgery, which can take up to two weeks, I may have second surgery a few months later to correct the double vision.

Recovery could be painful, and I may have to keep my eyes covered in bandages, something that I think will be challenging for me.