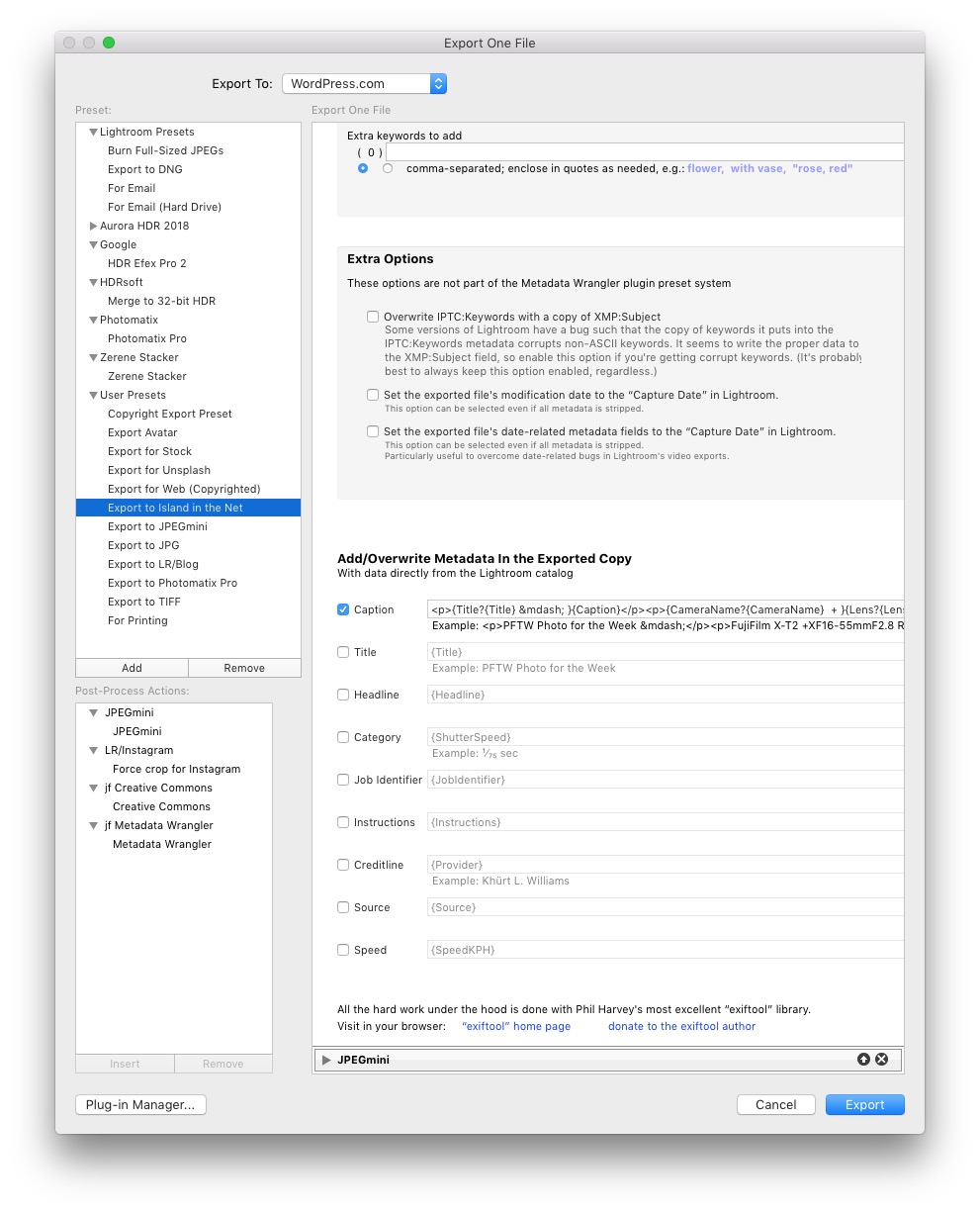 Jeffrey Friedl is a software developer and photographer based in Japan. For years he has been scratching his own itch and creating plugins for Adobe Lightroom that make using and exporting images from Lightroom easier. He makes these plugins available for a nominal fee -- whatever you want to pay. I've used many of his plugins for years.

Need to export images to Tumblr or Twitter or Facebook? Need to control what metadata is/isn't included during any export? Need to inject Creative-Commons license data into exported images? Jeffrey has written plugins to do each of those things. And some of the export plugins can be combined with other export plug-ins. Which is what prompted this blog post.

Some time ago I [started using the Automattic’s WordPress.com export plugin to export directly from Adobe Lightroom to my Jetpack-powered WordPress.org website. This plugin-in saves me time.

One of Jeffrey’s plugins is the Metadata Wrangler Export Plugin. This “export filter” plugin for Lightroom allows me to strip or modify selected metadata components from images as they are exported.

I just learnt a trick for adding EXIF data to the caption of the images I post to this website and also to Instagram by combining the two plugins.

I use the Metadata Wrangler Export Plugin as a post-process action to overwrite the caption metadata field with image data from my Lightroom catalogue before it is exported to WordPress.

Here’s the information inserted into the caption.

These preset template tokens inserts the image capture information such as camera make and model, and image EXIF data.

On my WordPress website, images with a caption display will display capture information.