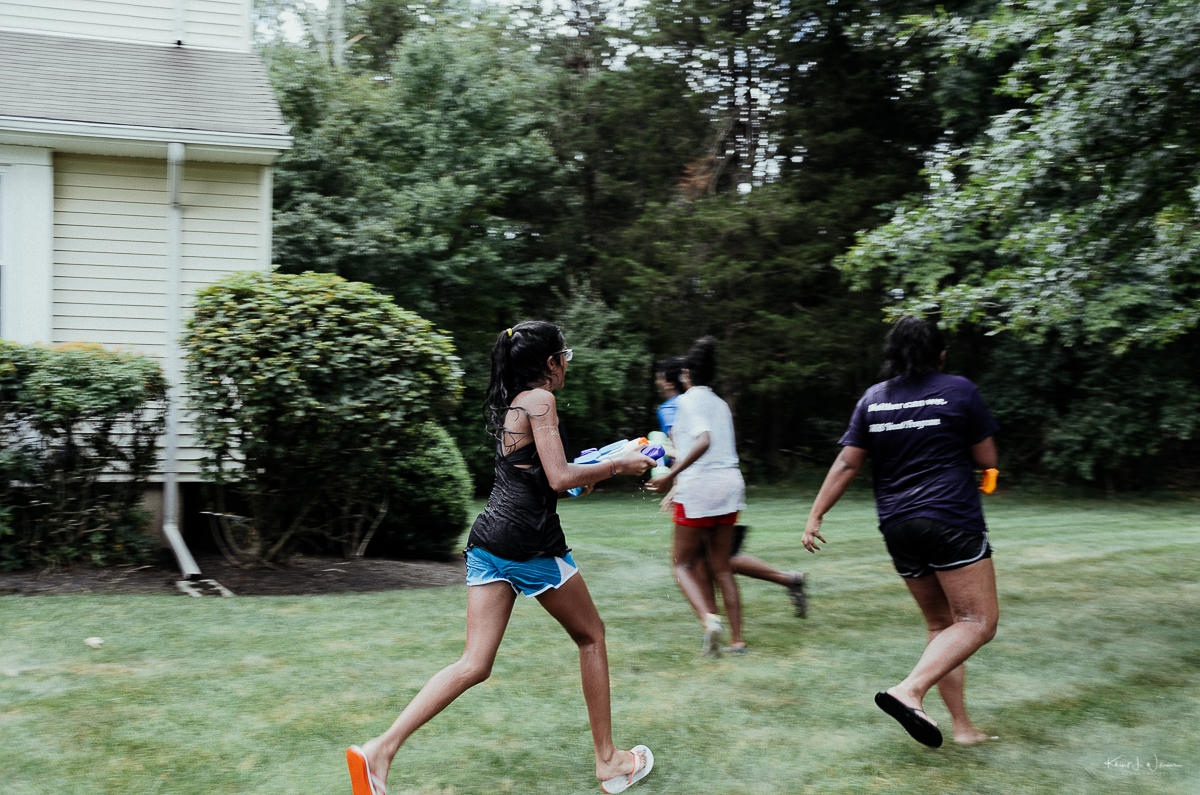 The real Kodachrome film is dead but lives on as Fujifilm X camera film simulation recipes or as Adobe Lightroom Classic presets.

Ritchie Roesch has done a fine job of creating Film Simulation Recipes for Fujifilm cameras. Two of my favourites are his Kodachrome 64, Vintage Kodachrome, and Kodachrome II recipes for the Fujifilm X-Trans III or IV sensor cameras. These recipes create excellent straight-out-of-camera (SOOC) JPEG images, which I often use for social media. I recommend clicking the links to Ritchie's website and reviewing his recipes.

One of the downsides of SOOC JPEG images is that they are well, straight-out-of-camera. Sometimes I want to correct for perspective, vertical or horizontal alignment, a crop to remove distractions, etc. I can do this in Adobe Lightroom Classic, but of course, I lose the look from the film simulation recipe. I could edit the SOOC JPEGs, but I prefer to retain as much image quality as possible. With the Classic K14 Lightroom Presets, I get the best of both.

For most SOOC JPEGs, I have used Ritchie’s Kodachrome II film simulation recipe. I used these JPEGs when I am out in the field, and I want an image for direct upload to my blog or for use in social media and when I am sure the as-is image suits my purpose. More often, I prefer to post-process the Fujifilm RAW image files (RAF) in Adobe Lightroom Classic before uploading them to my website for a blog post. Sometimes I want to remove a distracting object from the frame, something that I could not remove by re-framing or change the shadow or highlights in a particular section of an image frame, etc. JEPGS are not the best option for doing that. Often, after making my edits, I will apply an Adobe Lightroom Classic preset before uploading. Several months ago, I purchased the Classic K14 Lightroom Presets package from The Classics Presets.

The Classic K14 Lightroom Presets are an easy way for me to create the fashionable Kodachrome film look in Adobe Lightroom Classic and Photoshop Camera RAW. With this Adobe Lightroom Classic preset the camera profile is included to ensure the preset will perform uniquely for each camera model. The Classic K14 bundle includes additional tools to adjust the contrast, white balance, grain, and correct for orange skin. For images processed with the Classic K14 Lightroom Preset, I typically adjust only the exposure or white balance.

What do you think? Which image do you prefer?

I can apply this preset in Adobe Lightroom Classic during import or later using the develop module. Examples are given below for some of the images I took on my Nikon D5100, a rented Sony α7 and my Fujifilm X-T2.

I can also apply the Kodachrome II film simulation recipe to an un-edited RAF file using the Fujifilm X RAW Studio app. I applied the K14 Kodachrome inspired presets from The Classics Presets to the images below.

For comparison, I have included an image shot on my Fujifilm with the SOOC JPEG using Ritchie’s Kodachrome II film simulation recipe, and the Classic K14 Lightroom Preset applied to the Fujifilm RAF. 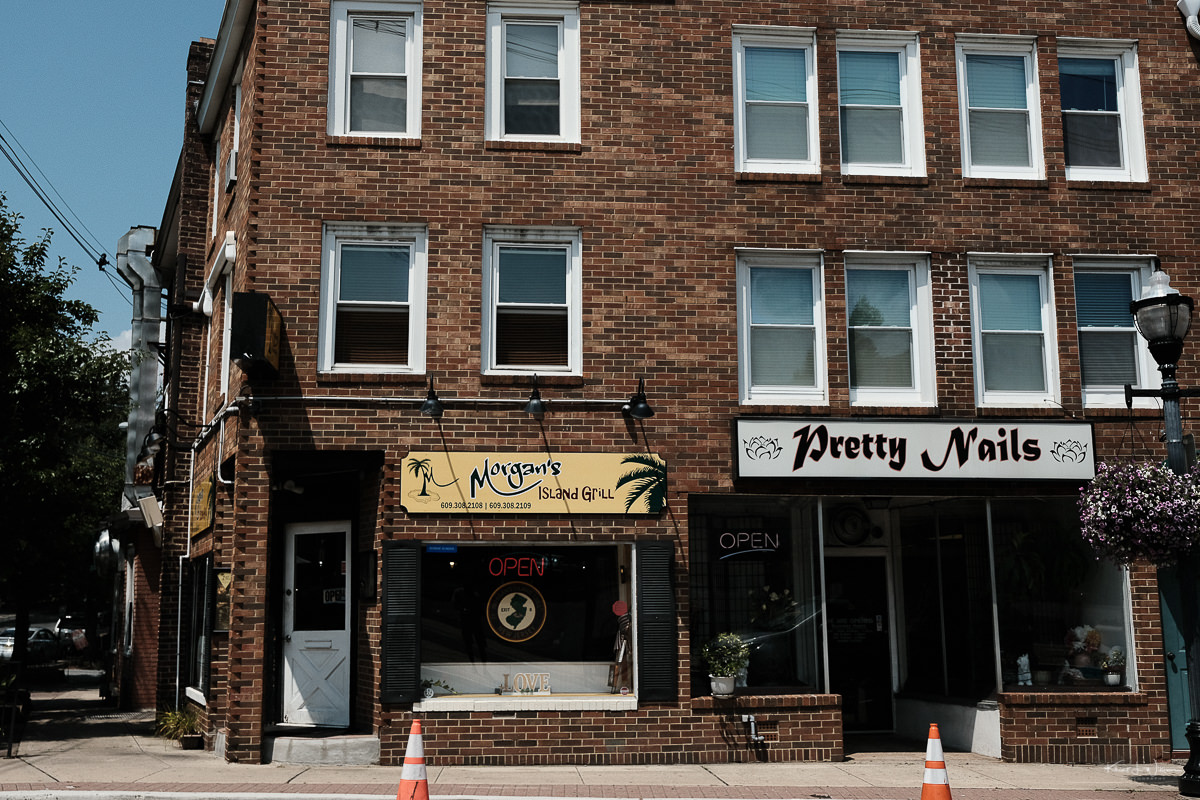 For the challenge, I used a Fujifilm Kodachrome II Film Simulation Recipe. While I typically post-process my images in Adobe Lightroom, applying film simulation recipes as needed, I thought it would take a fun experiment that might force me to slow down, focus on framing and composition, taking care that I create each image. I failed miserably.

My wife was having foot surgery in the morning through the afternoon. I drove into Historic Hightstown to dine at the Morgan's Island Grill, which Yelp described as a Caribbean restaurant. After eating on a chicken roti, I walked around the small section of Hightstown that is listed as historical, which is just a few shops lining a few blocks of the main street. I didn't give myself enough time, and near the end of the hour, I found myself rushing to "complete my roll". Of the 24 images, these are the ones I deemed worthy of sharing.

While walking around, I noticed the absence of people. I saw one person exit the Physic store and later one person walked on the sidewalk on the other side of Main Street. But other than the occasional car or truck, Main Street was quiet.

What do you think of my images? 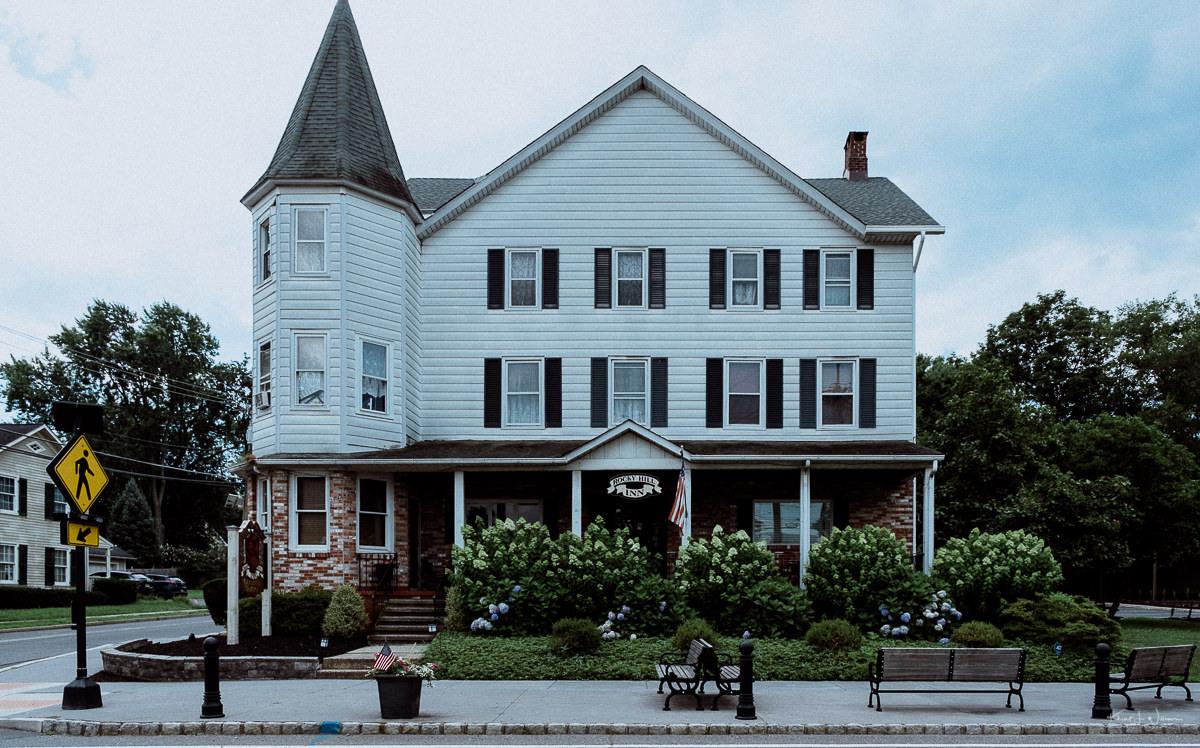 The images of the Rocky Hill Inn were taken in the early morning with a cloudy sky.

The featured image is from the RAW image processed using the [Classic K14 Lightroom PAfter taking a look at Ritchie's recent Kodacolor Film Simulation recipe, I decided to capture a few images with the new recipe to compare to Kodachrome II, one of his other film simulation recipes that I use quite often. It seems that Ritchie had the idea before me because he wrote a post comparing his various film simulation recipes . I used Fujifilm's X RAW Studio software to process the images in my X-T2.

The images of the Rocky Hill Inn were taken in the early morning with a cloudy sky.

The featured image is from the RAW image processed using the Classic K14 Lightroom Preset for Adobe Lightroom.