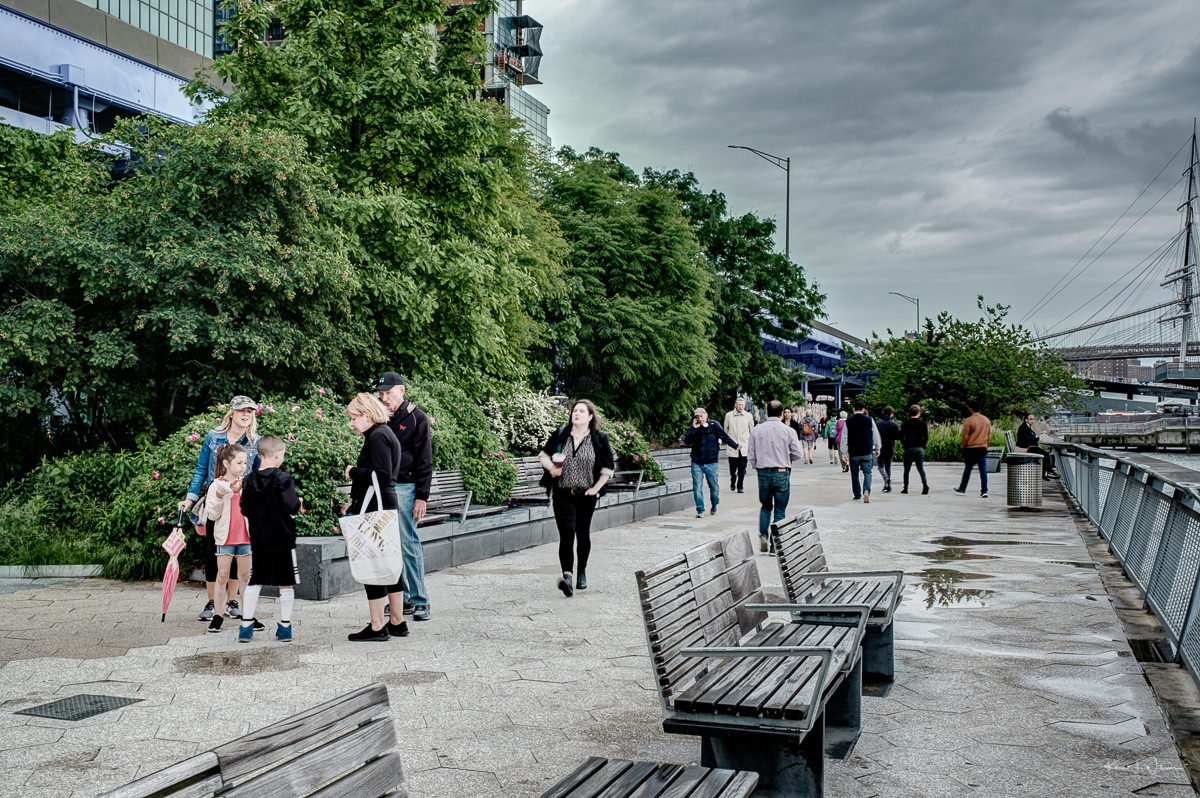 I looked out the glass window of the coffee break room at the water and the sky. The weather outside looks damp and dreary. I wanted to use my camera so I took went outside and strolled the Financial District. along South Street from Old Slip to Wall Street.

I crossed over South Street to Pier 11 and strolled along the waterfront. I didn't go too far — just a block or two. 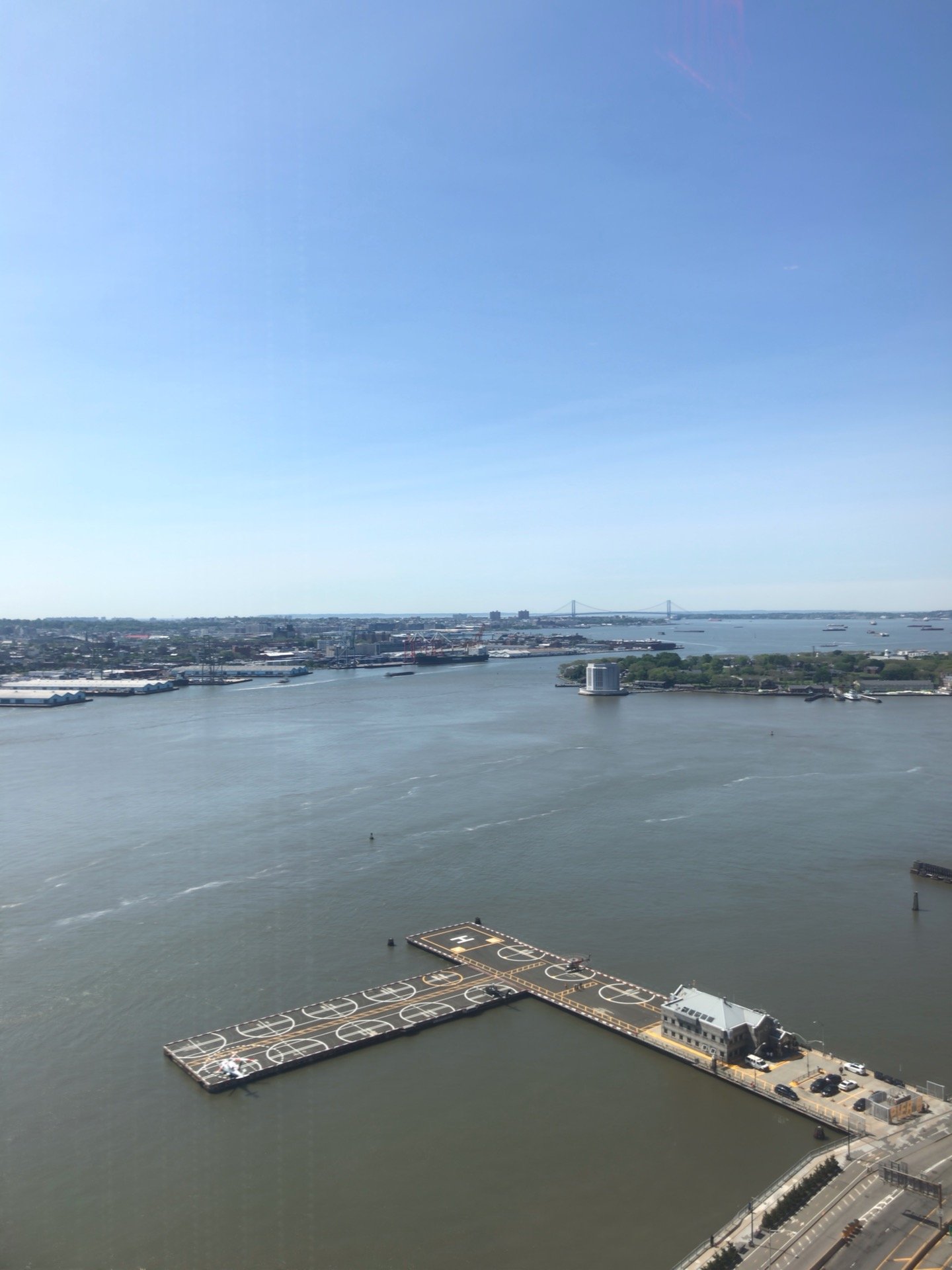 Working at the client location in the Financial District. I am enjoying the view from my client’s office building.

Captured on my iPhone 7 with Adobe Lightroom Mobile. 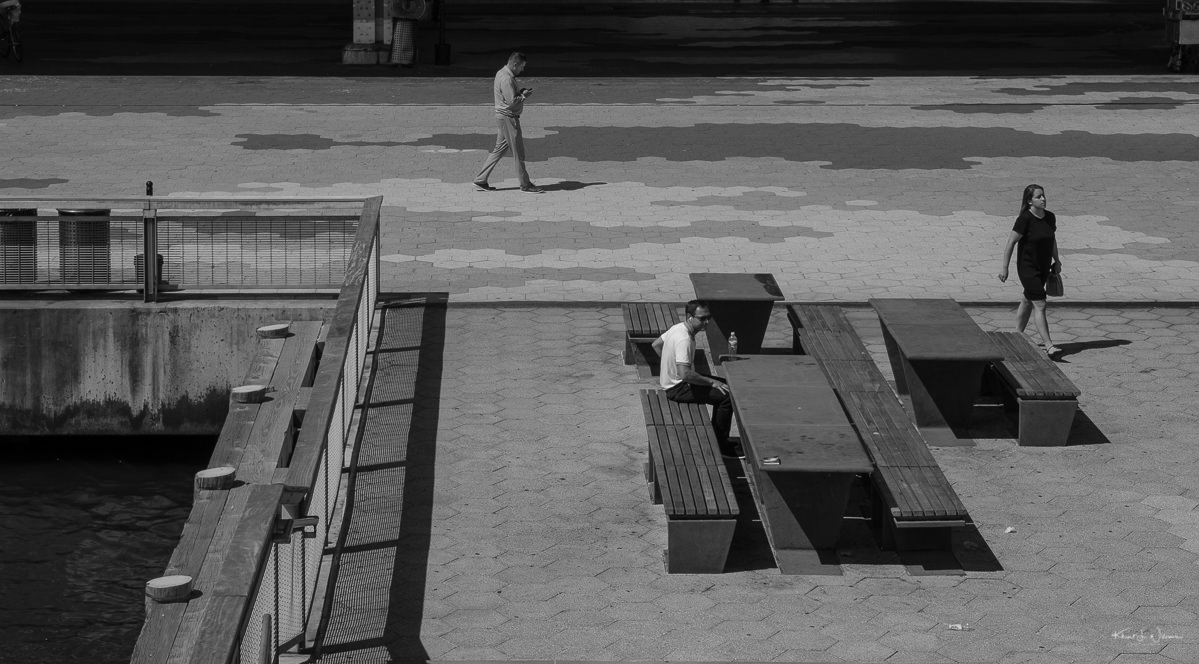 Today I worked in Manhattan at the client's Old Slip address in the New York Financial District. As I have done the last few times, I drove for over an hour into Jersey City and parked in the Paulus Hook neighbourhood. The parking deck is a few minutes walk from the Paulus Hook Ferry Terminal. While I don’t enjoy the commute once I am in the New York office I have more options for lunch and exploration than I do at the Metro Park, New Jersey office.

As I did on my last commute to the Wall Street I brought my camera, my FujiFilm X-T2, and my only lens, the Fujinon XF16-55mmF2.8 R LM WR. This is only the second time I have done this since I bought the camera a few weeks ago. It’s a bit of a hassle bringing the camera kit. My TimBuk 2 messenger bag was never meant to carry a camera kit plus all the other things I need for the workday — over the ear headphones, notebook, iPad Pro, snacks, diabetes kits, phone charging kit. It just doesn’t fit well. I managed to squeeze it all but the bag bulked as though the straps would burst. I think it’s time I bought a larger bag.

It was lunchtime and I wanted to eat out but with so many options it was hard to make a choice. I decided to walk on South Street and hoped I would find something appealing. Last week I walked toward Battery Park so today I walked in the opposite direction; toward Brooklyn Bridge.

Some people say it’s the end of summer but the heat and humidity on this day suggested otherwise. The temperature yesterday at noon was around 32ºC (~90ºF) and the humidity was over 50%.

After a few minutes of slow walking, I spotted some trees and umbrellas just under the FDR. I thought it might be another urban oasis — a park under the highway. I was curious but I also hoped it was a restaurant. I crossed South Street at Maiden Lane and made my way over to the area.

Yep, it was a restaurant and a park. I perused the menu at Industry Kitchen but the crab cake caught my attention. The hostess gave me a choice of sitting inside the air-conditioned bar and lounge but despite the heat and humidity, I decided to sit outside where I could observe people and the park. I ordered the crab cake and Camp Wannamango by Harpoon Brewing. Lunch was $34 with tip. But my wife reminded me (we were texting during my lunch) that the view was worth it.

After lunch, I explored the backyard of the restaurant — what some may call the South Street Seaport District.

Many people were eating lunches they acquired from the street side vendors. It’s a much cheaper lunch and you still get to enjoy the view from park benches and seats.

I was surprised at how many people were out just walking around despite the heat and humidity.

I explored Hornblower Cruises & Events Pier 15 which is both pier and urban lounge. I had an excellent view of Brooklyn Bridge Park but many sunbathers were simply enjoying the sunlight.

I was starting to feel the warmth but it was time to end the lunch hour and head back to the office. I took a slow walk back down the other side of South Street toward Pier 11.

I think it’s exciting what I can discover with a few minutes of exploration in my colloquial backyard.

Backyard: A person's neighbourhood, or an area nearby to a person's usual residence or place of work and where the person is likely to go.