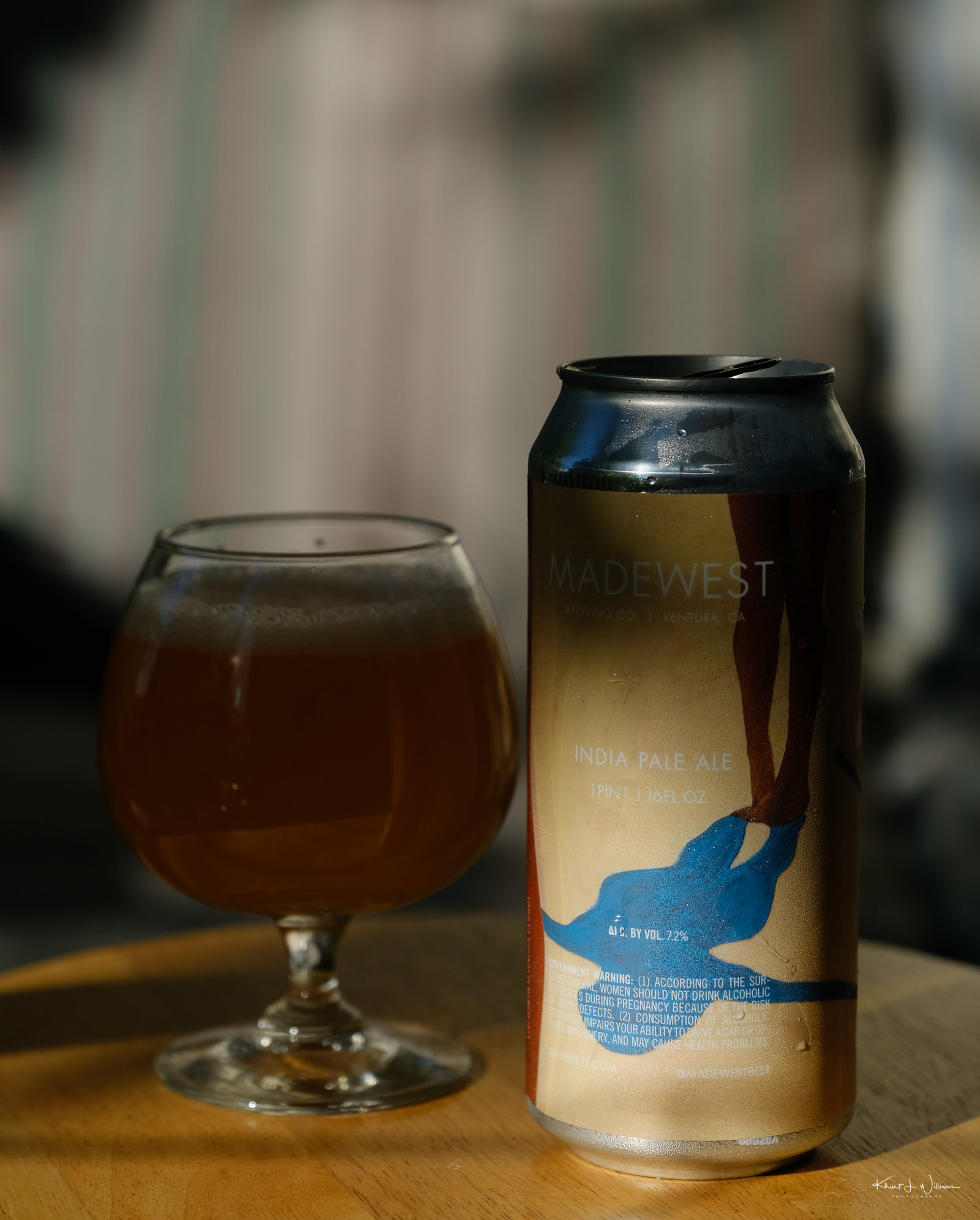 October
And the trees are stripped bare
Of all they wear
What do I care?

Hazy IPA packed with a copious amount of Mosaic, Galaxy & Simcoe hops. This beer is bursting with a ripe juicy character you can smell from a mile away. Notes of fresh peaches, mango and papaya. This beer delivers with a smooth silky mouthfeel and a refreshing finish. 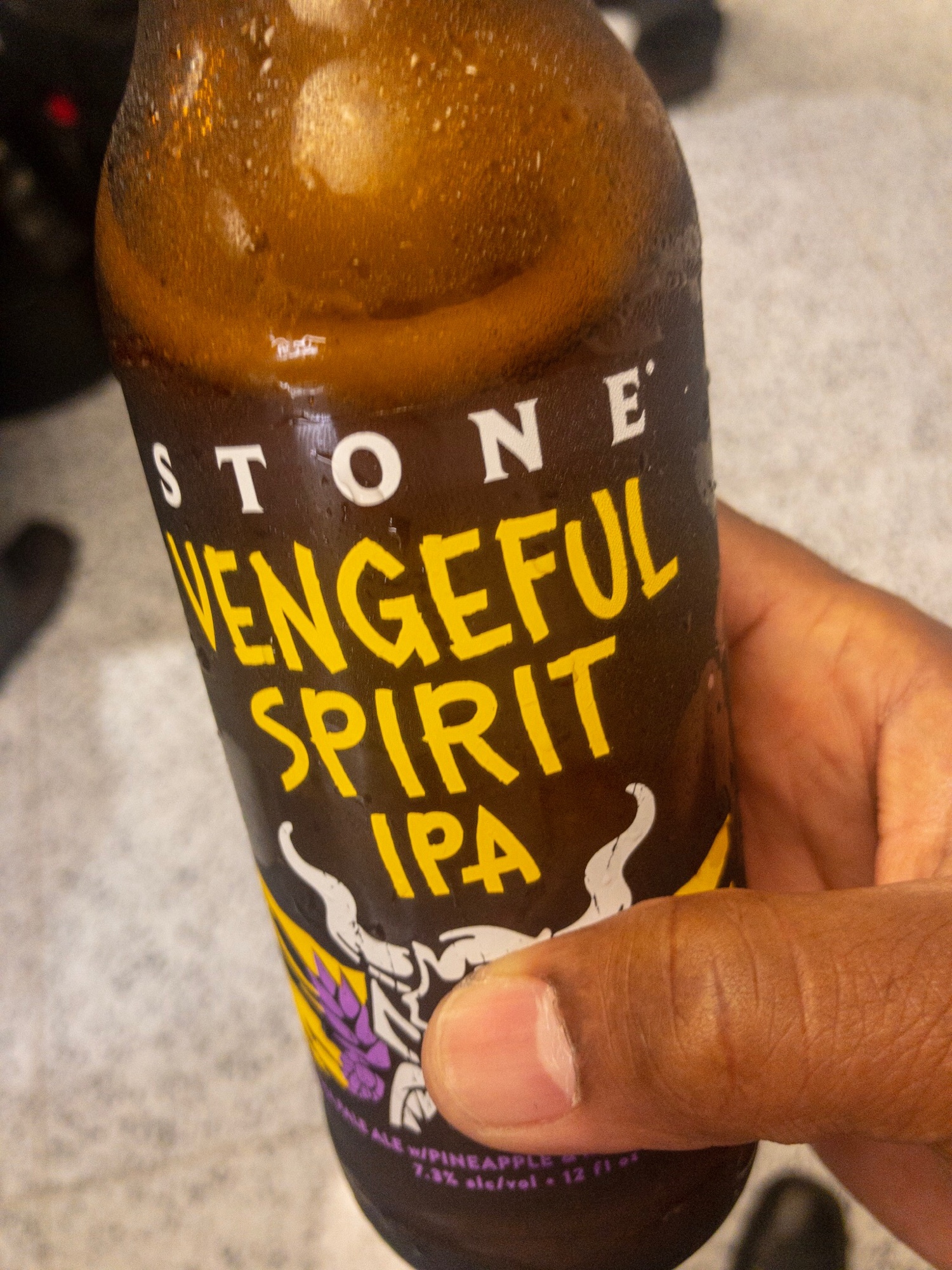 At work. Team is celebrating a successful production release.

We’ve often been inspired to brew beers on a theme. In 2007 it was black IPAs. 2008 saw Belgian-influenced IPAs, and more than once it’s been Triple IPAs. It’s been fun to dive deep, and you’ve ridden those waves right along with us. But like you, we also crave new breaks to surf. Right now, it’s tropically-inspired IPAs as represented both by this flavored ale, Stone Tangerine Express IPA and others we’ve got waiting in the wings....With Stone Vengeful Spirit IPA we employ a bit of tropical mythology to pay homage to our ever present gargoyle. Since 1996 he’s had our backs, and yours, by representing an aggressive intolerance for commoditized beer. He constantly inspires us to forge ahead with resolve–even with the omnipresent forces of forceful evil. Vengeful spirits can be awesome when they’re on your side.

Founded by Greg Koch and Steve Wagner in 1996, San Diego-based Stone Brewing is the 9th largest craft brewer in the United States. Stone has been listed on the Inc. 500 | 5000 Fastest Growing Private Companies list 11 times, and has been called the “All-time Top Brewery on Planet Earth” by BeerAdvocate magazine twice.

The multifaceted company will be the first American craft brewer to independently build, own and operate a brewery in Europe, and is also building a production brewery and destination restaurant in Richmond, Virginia. Brewing at both locations is anticipated to begin in spring 2016. Known for its bold, flavorful and largely hop-centric beers, Stone has earned a reputation for brewing outstanding, unique beers while maintaining an unwavering commitment to sustainability, business ethics, philanthropy and the art of brewing. 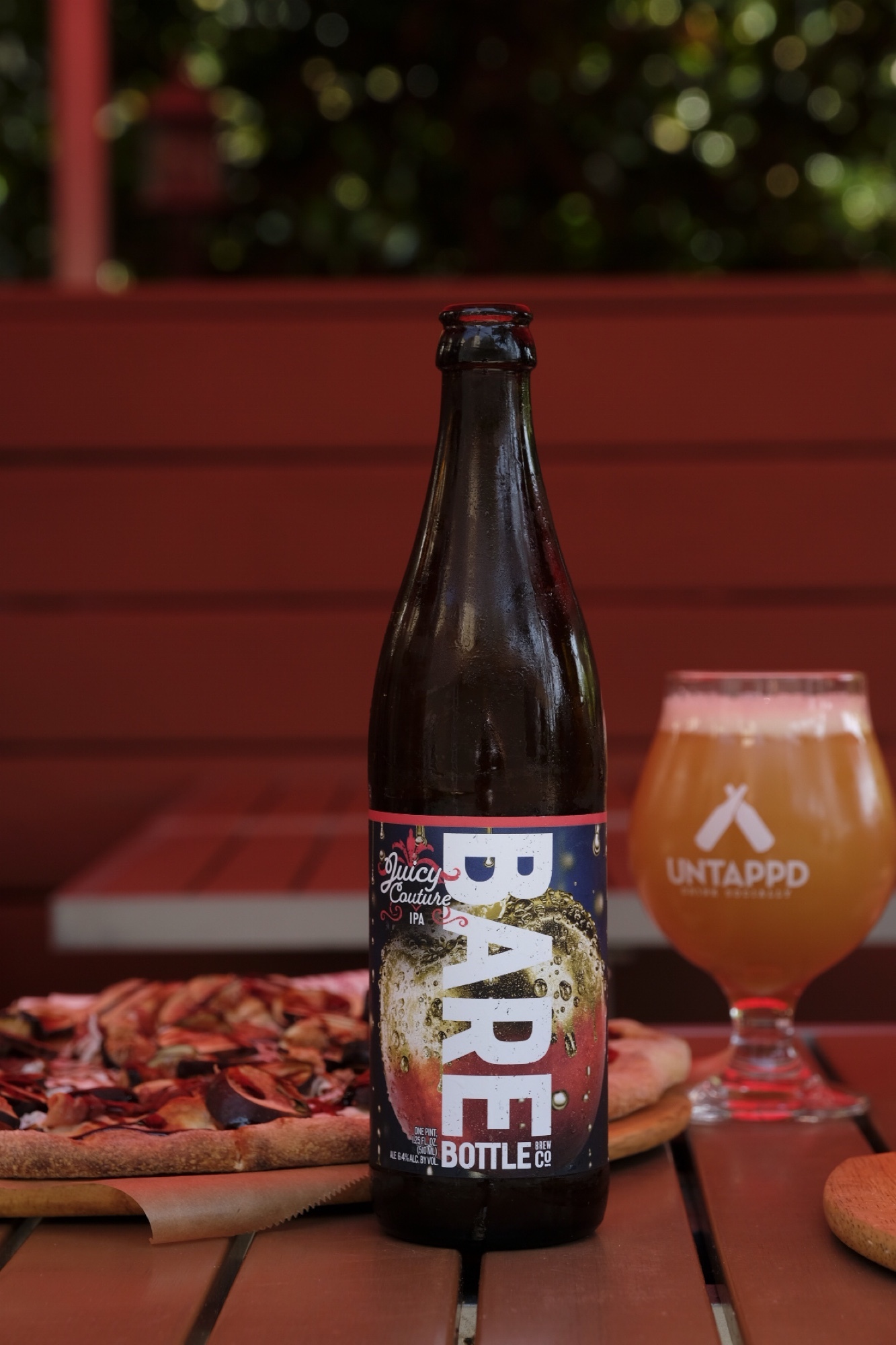 Finally drinking some of the items I purchased through Tavour.

Fresh citrus and stonefruit aromatics light up your senses, while smoothness, like a velour tracksuit, covers your tongue, and then disappears. Two huge dry hop additions featuring inimitable Citra hop.

Our philosophy and process are pretty simple:

1) Use the things that inspire us every day from the SF/Bay Area as the foundation for each new beer we make.

2) Inspire our merry band of super-talented brewing comrades (which includes our head brewer, the founders, and some of the bay area’s best homebrewers) to create new beers.

3) Just like in regular competitions, we pilot-brew a select group of the best finalist beers and ask visitors to the brewery to cast their vote for their favorite beer. May the best beer always win.

We believe that this approach will lead to some incredible beers, and we hope you are eager to help us try some of them.

I am drinking a Juicy Couture by Barebottle Brewing Company. Finally drinking some of the items I purchased through Tavour.

I am drinking a Juicy Couture by Barebottle Brewing Company. Finally drinking some of the items I purchased through Tavour.