I am drinking a Test Dept.™ - Grapefruit Radler by Beach Haus® Brewery. 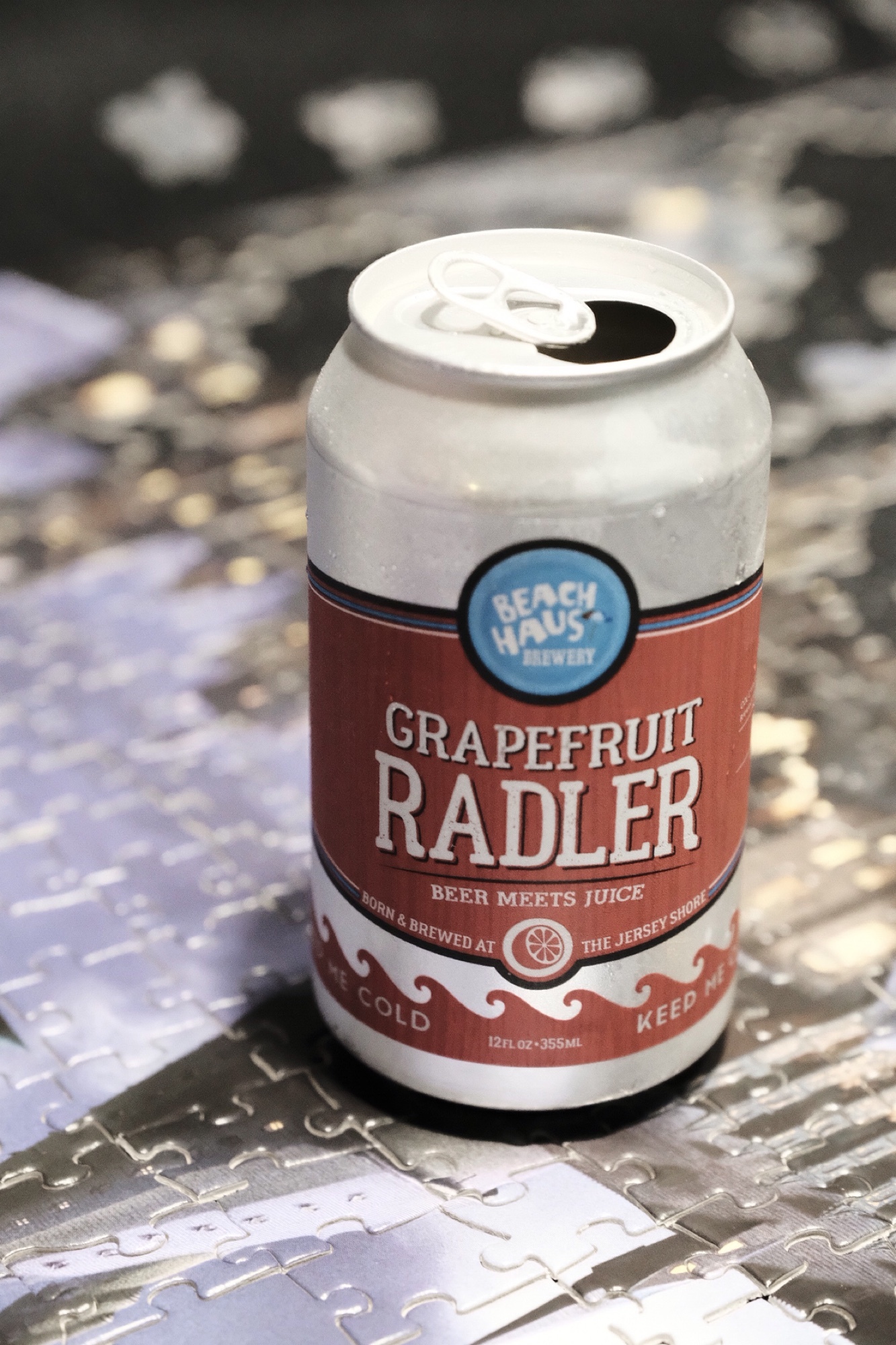 Independently Owned and Operated by Jersey Shore locals since 2007.

I am drinking a New England IPA by Beach Haus® Brewery. 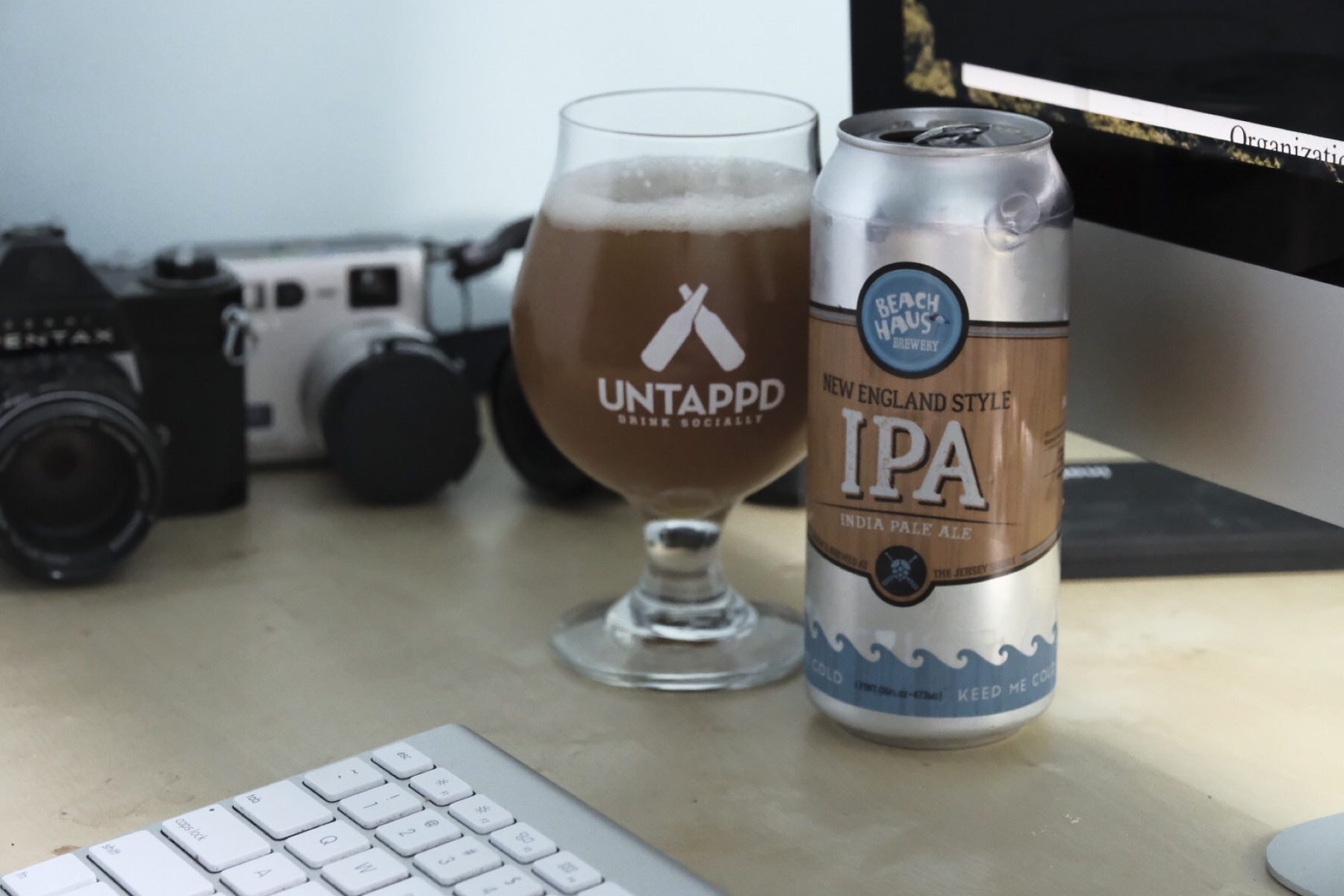 A heavy-handed hop blend featuring a post-boil Mosaic and Citra whirlpool addition work with a carefully selected grain bill to make sure maximum haze is offered.

Independently Owned and Operated by Jersey Shore locals since 2007. 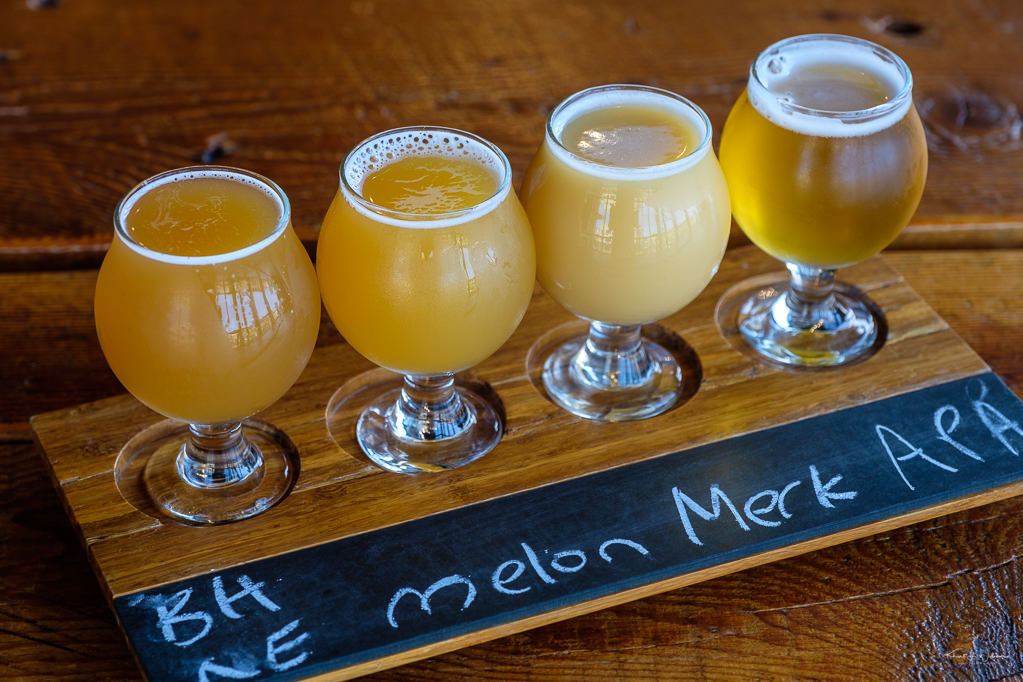 Before we left Belmar, Bhavna reminded me that Beach Haus Brewery is located on Main Street. I could not resist. I had to visit.

It took us longer than we expected to get to the brewery. Bhavna thought that we should drive down the length of Ocean Avenue, but I wanted to use Apple Maps. The mapping software took us on what felt like a circuitous route. However, we arrived at the correct spot. Apple Maps had taken us along a more scenic route along Shark River.

From the outside, we could see the inside. The brewery is all glass. The inside is decorated in an understated industrial style with stained picnic tables along one side.

Our friendly greeter explained some details about the brewery and told us to head upstairs to the taproom.

The retail area offered some brewery swag for sale.

A group of men were off to one side, finishing up what appeared to be a craft ale tasting party.

I continued to explore the brewery with my camera. The second floor was decorated similarly to the first floor—more bench-style seating. We could see the outdoor rooftop patio but did not go outside. Something to explore on our next trip in late summer or early fall.

I also tried a sip of the Test Dept.™ Grapefruit Radler that Bhavna had in her flight. I loved the Radler and the mosaic and Citra New England IPA. We got a six-pack and four-pack of each to take home.