In September 2018, Bhavna and I booked a weekend getaway on Seneca Lake on the Finger Lakes region of New York. This is day one of three. 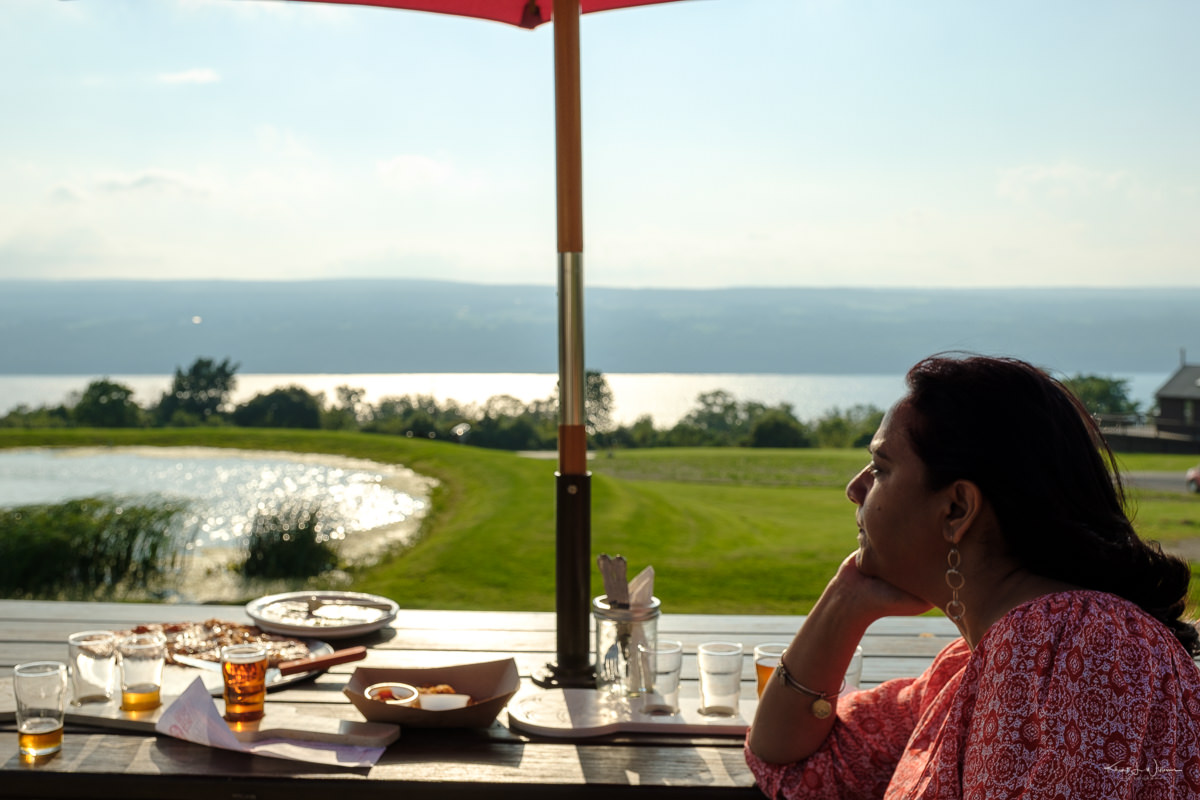 Two years ago, in September 2018, Bhavna and I booked a weekend getaway on Seneca Lake in the Finger Lakes region of New York. Here are links to Day 2 and Day 3.

Bhavna and I have always wanted to ride in a balloon, but we never made the time for it with young kids and work. The kids are older now. Shaan is out of the house and a sophomore at Rutgers University. Kiran is a senior in high school and busy with AP classes and college applications. My health has been failing lately, and I feel more fragile; life is too precious to put off things for "tomorrow".

When the QuickChek Festival of Ballooning came around, I suggested to Bhavna that we should take a ride. But the festival weekend conflicted with another event on the calendar. Seeing my disappointment, Bhavna suggested that I search for other ballooning options.

I found a few options in the area, but Bhavna thought they were too expensive. She suggested that if we would spend that kind of money, we should have an excellent balloon experience. Searching Google for “best balloon rides in the USA“, I found a link to a Fodors ranking of balloon rides and a similar Fox News article. The nearest one was Balloons over Letchworth. That’s the one I chose.

I learned that the area around Seneca Lake is home to many wineries, waterfalls, and … breweries. I found accommodation at the Farmhouse at Grist Iron, which has an onsite microbrewery, The Grist Iron Brewing. We booked for two nights.

The original plan was to drive directly to the launch site on Friday, then go back to the Inn, and unpack before heading to the brewery for a nightcap. Thursday night, the balloon pilot called to say that the Friday night flight was scrapped. The weather was not conducive to a balloon launch. A storm was expected. He had a cancellation for Saturday and was able to accommodate us. This was even better than our original plan.

After breakfast, we packed the car and drove straight to the Inn at Grist Iron.

I had booked us in the Sunset Room, a room with a private first-floor entrance and stairway, and a lake facing view so we could enjoy the sunset. The Sunset room is a 2-bedroom suite with a private en-suite bathroom on the second floor. Our room had a large picture window with the best lake view in the Farmhouse, which we expected to enjoy while lying in the antique four-poster canopy bed or reading chair. Bhavna loved the linens and pillows.

A large group of people in the taproom took their sweet time choosing from the menu. I was annoyed at how much effort these American adults put into choosing a small flight from a menu of just nine beers. When Bhavna and I were finally able to get the attention of someone at the bar, we ordered two flights to sample eight of the nine, along with a BBQ chicken pizza, the Grist Iron “Bomber” (for me) and a Seneca Simple Salad (Bhavna). 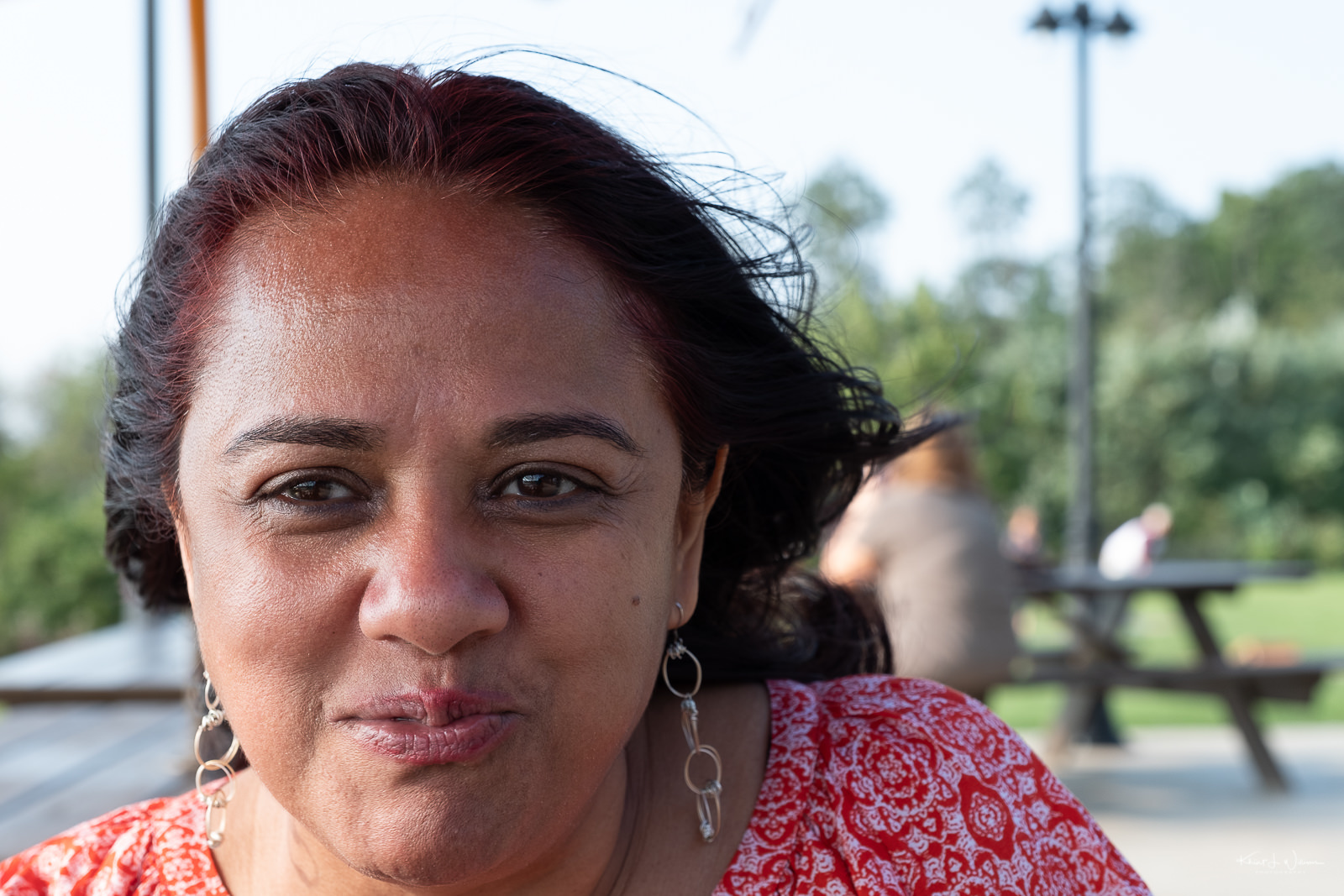 The food was brought to the table, and we dined and drank al fresco style. The flavours of the ales underwhelmed us. I don’t think Bhavna liked any of hers. I made the best of it. We decided that after our extremely late lunch — it was 3:30 PM when we checked into the Inn — we would shower and try another brewery. There are about five breweries in Hector, but we decided to visit Two Goats Brewing.

When we arrived, a group of people tossed dollar bits at the ceiling. We soon learned that this particular act is a form of entertainment. The dollar bill is pierced with a tack and wrapped in a dollar bit with a quarter. You “win” by getting the toss just right so the tack sticks to the ceiling. I wonder how many patrons have injured an eye?

I ordered the Floggen Schloggen, which is a Belgian Dubbel, just because the name is cool. We learned from the owner, John, that he chose the title after a trip to Belgium with his wife. In German - flügeschlagen means “unfinished business”. John doesn’t speak Belgian and the word “strange and cool” to him. Floggen Schloggen is how John remembered the word.

It was getting late. Because we ate lunch so late, Bhavna was feeling hungry. We drove to the Walmart in Watkins Glen and picked up some junk food and ramen noodles we prepared in the Farmhouse kitchen. We would regret that the next day.