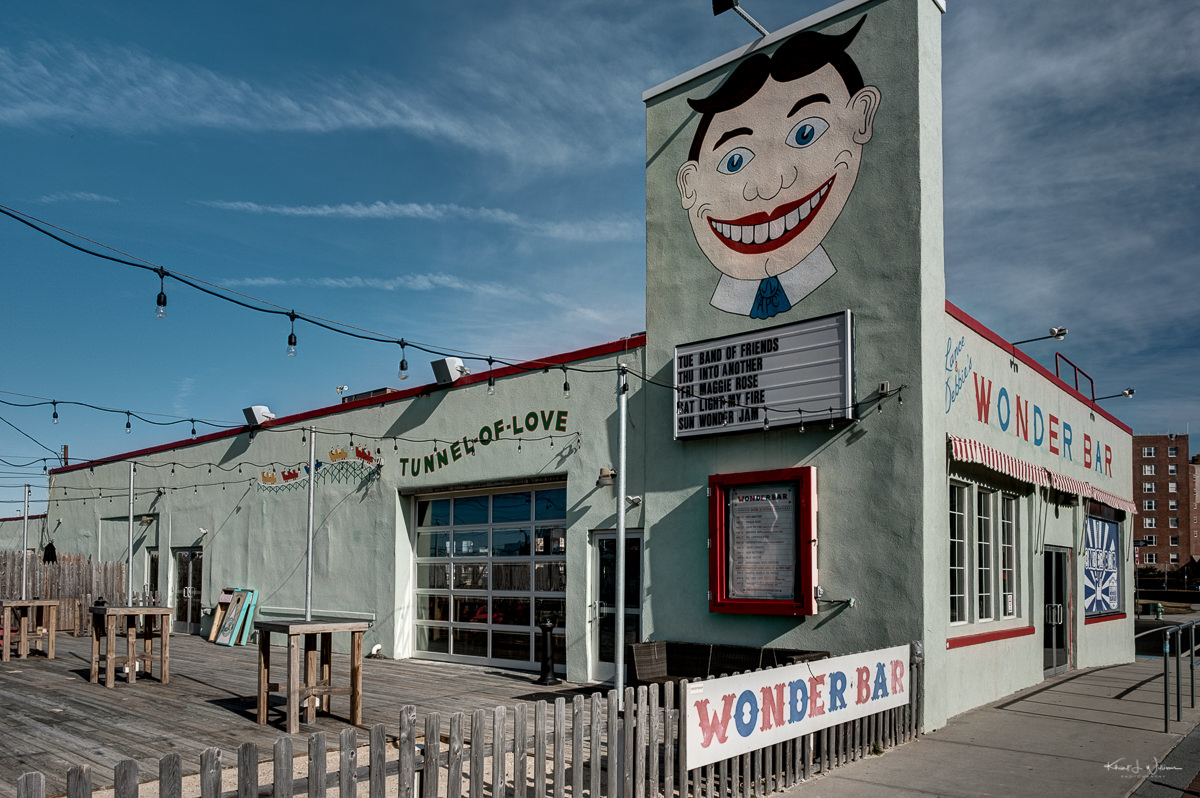 Which wonders do you see?

Established in 2002, the Wonder Bar near the Asbury Park Boardwalk on Ocean Avenue in Asbury Park, New Jersey offers basic Americana staples such as burgers, shakes, fries, onion rings, and hot dogs, live music, food, and great drinks. This famous New Jersey spot is a favourite stop for seasoned bands and where up­-and­-comers can make their mark. Bon Jovi, Clarence Clemons, Lance Larson, Bruce Springsteen performed and many others have played at the Wonder Bar.

Asbury Park is over one hour drive from Montgomery Township. I planned to leave home after a quick breakfast and arrive around 8 AM. The idea was to arrive at the Wonder Bar before motorist had parked on the street. However, I overslept and didn't leave my home until well after 8 AM. I parked on Ocean Avenue, noticing the half dozen cars parked outside the building.

The air was cold and crisp. I could smell the ocean coming off the nearby beach. I walked around photographing the exterior of the Wonder Bar trying to keep the parked vehicles. I started thinking about the various bands that have played the venue, about the parties in the expansive outdoor deck called Tillie’s Landing after Tillie, a grinning mural of an amusement park "fun face" that was initially located on the side of Palace Amusements.

Tillie was painted in the winter of 1955. The name Tillie is supposedly an homage to George C. Tilyou, the owner of Steeplechase Park in Coney Island, New York, which was built in 1897. The Tillie "fun face" is based on a similar beaming face, which can still be seen on signs, beer labels, and merchandise all over Coney Island.

The Wonder Bar is dog-friendly, featuring a weekly Doggie Yappy Hour and the longest Dog Run in the state of New Jersey. 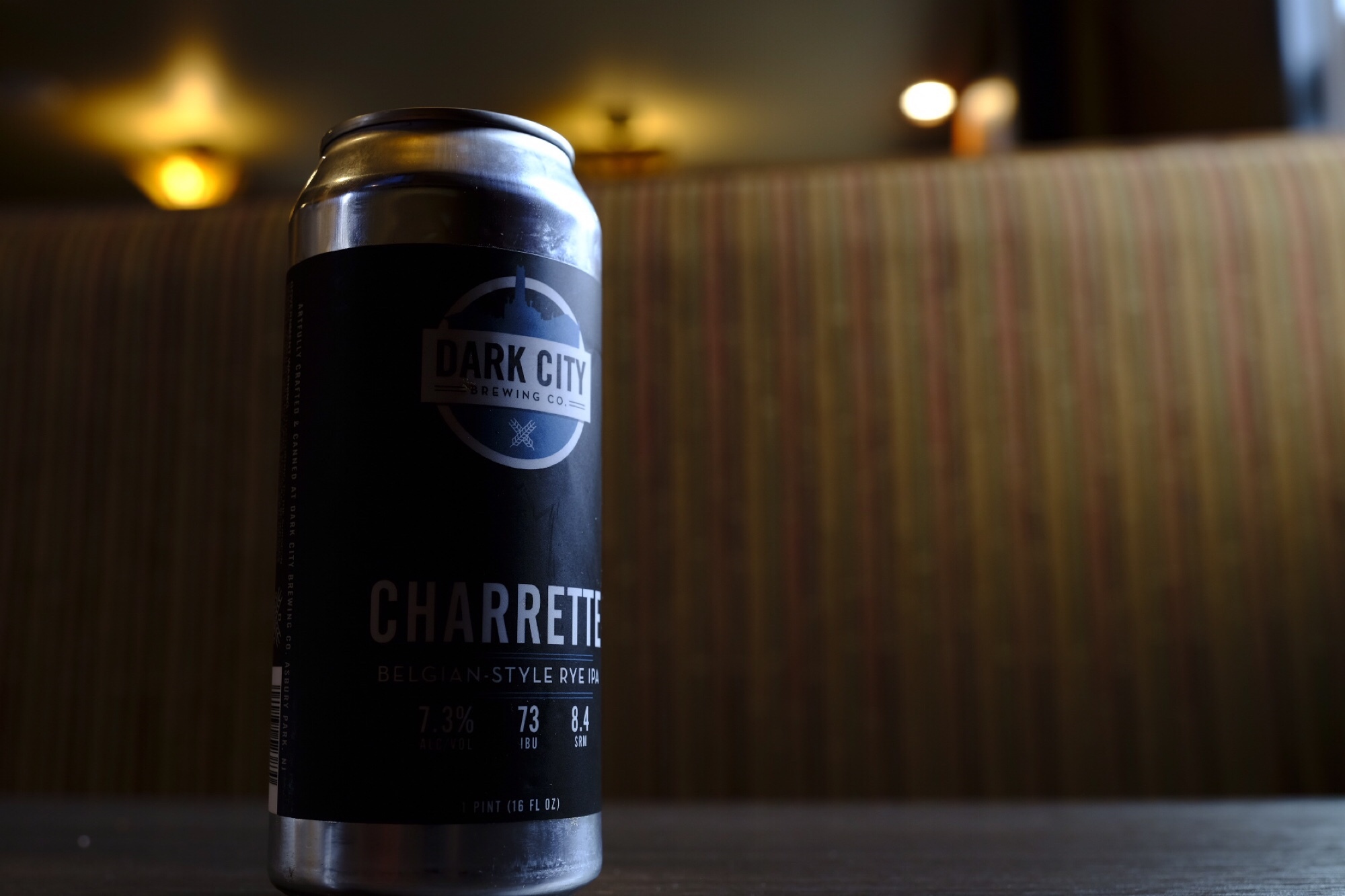 I am in drinking Charrette by Dark City Brewing Company, a Micro Brewery in Asbury Park. Charrette is an IPA - Rye, with an ABV of 7.3 and IBU of 73. I gave this beer a 3.75 on Untappd’s 5 point rating system.

Our Rye IPA. Hops and yeast work hand-in-hand to provide tropical fruit flavors with a hint of spice. 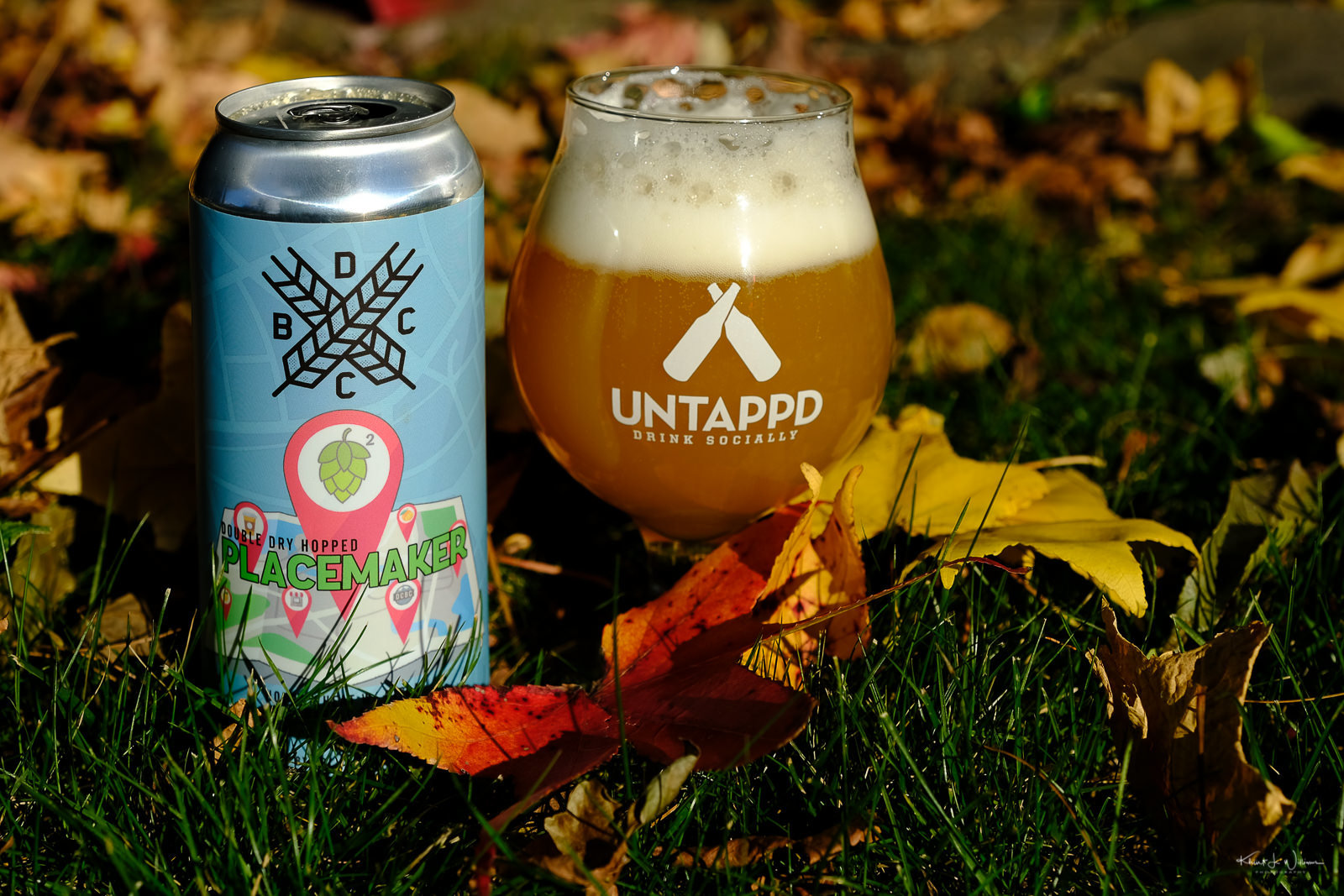 I am in drinking Placemaker (DDH) by Dark City Brewing Company, a Micro Brewery in Asbury Park. Placemaker (DDH) is an Pale Wheat Ale - American, with an ABV of 5.3 and IBU of 0. I gave this beer a 3.75 on Untappd’s 5 point rating system.