I've had an on-line debate with some of my tech savvy Mac colleagues about the iPad 2. I made the statement that I would not be upgrading to the iPad 2 because it did not have any compelling new features that I needed/wanted. My current iPad suits me just fine. I don't play games so a faster CPU and gyroscope do nothing for me. I don't do video chat now – I have an iMac and a MacBook and an iPhone 4 – and I argued that having the front facing camera wouldn't change that behaviour. The rear camera is for dorks who think walking around with a 10" camera is cool. I can use my iPhone or my small and lightweight Sony point-n-shoot.

I've done about two FaceTime calls from my iPhone.  One to show off to my friends while in a bar1 and the other at home to show the kids. It was cool to demo but useless – to me. However, I know of other people with the iPhone 4 who video chat regularly via Skype. They do it on their phones or from a computer equipped with video. To most people I talk to, video chat equal Skype.

Skype added 39 million registered users in the fourth quarter to end the year [2009] with a total of 560 million. Skype By the Numbers: It's Really Big: Tech News and Analysis

These are old numbers3 but I think it adds credence to my arguments that FaceTime by itself is not be a major selling feature of the iPad 2.  At the end of 2009, Skype has over 500 million users. FaceTime has potentially much less. Skype owns this market now and the service works over the 3G cellular network2.  FaceTime is limited to Apple products – Macs, iPhone 4, iPad 2 – and works only on Wi-Fi. The Apple advertising does not make any of these limitations clear. I've seen comments on blog post where the commenter is very excited to get an iPad 2 so that he/she can do FaceTime when out and around town. Or so that the kids can FaceTime with grandma from the iPad 2 to the PC. Some people are going to be in for a disappointment. At least until they figure out how to download and install Skype.

Apple is behind on their promise to open up the FaceTime protocol so that others can implement non-Apple specific solutions. FaceTime on Windows would do for iPhone 4/iPad 2 what iTunes on Windows did for iPods. Despite a possible drop in quality while on 3G, "untethering" FaceTime from Wi-Fi would make it much more useful. For me, there is no value to using FaceTime with my wife while at work or at my in-laws or while sitting in a public café.

Now, having said all that, I should say I believe that Apple will sell plenty of iPad 2 as well as iPads. The local Best Buy is discounting the original iPad by $100 making it a more compelling first time buy for those who don't need the new features. Or why not get one for the kids. As for the iPad 2, I know one person in the office who returned the iPad he purchased a few days before the announcement. He'll be using it to video Skype with his family in South Africa. 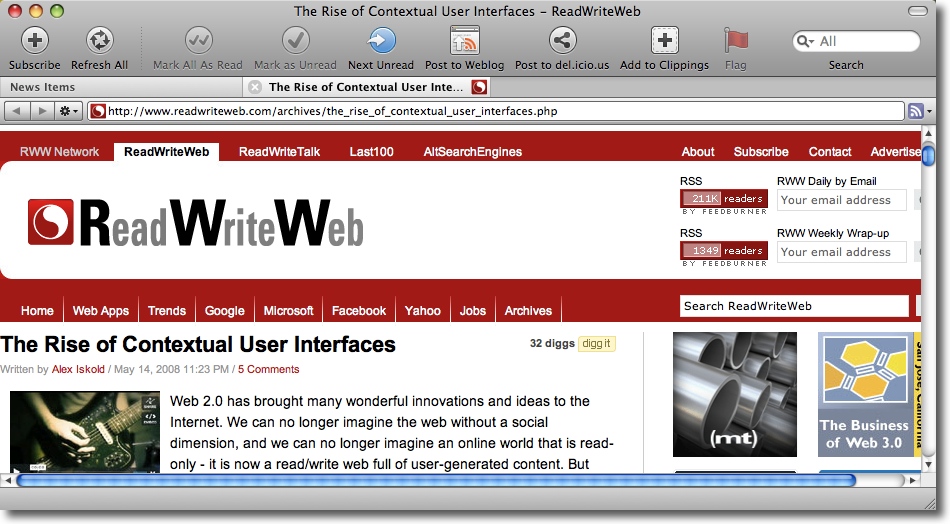 "Sticking it to diabetes" or yourself?

Zoom’s Encryption Is “Not Suited for Secrets”