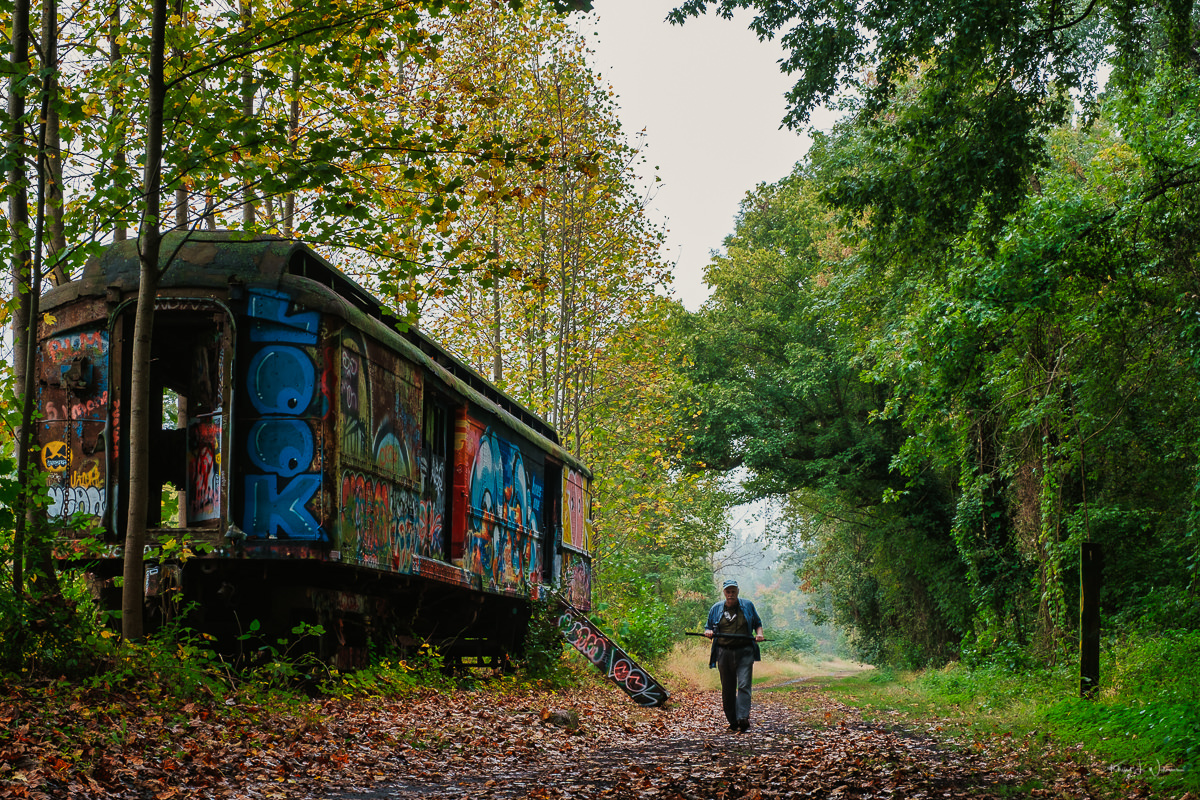 When I saw the Lens-Artists Challenge #168 – Seen Better Days, I immediately thought of a set of photographs I captured several years ago for Frank Jansen's Tuesday Photo Challenge – Abandoned. Bhavna and I hiked through Herrontown Woods Arboretum, stopping to photograph the abandoned and dilapidated former home of mathematician Oswald Veblen and his wife.

That outing allowed me to use my relatively new Tokina AT-X 116 PRO DX-II 11-16mm F2.8 with my Nikon D5100. Near the house, on another part of the property, is an abandoned barn and a red shack. But where I had the most fun was photographing the inside of the dilapidated red shed.

For the Lens-Artists Challenge #168 – Seen Better Days, I did not want to rely on what I already had in the Lightroom Catalogues. I wanted to create some new photographs. I turned to Google and Google Maps, scouting out various abandoned properties around Mercer, Hunterdon and Somerset County.

I considered exploring an abandoned Trenton hospital called Mercer Hospital , but the YouTube videos of the surrounding neighbourhood made me uncomfortable about exploring the building alone. On the Abandoned website, I read about State Street Presbyterian Church, which I could not locate on Google Maps. But then I found a link to a website describing an abandoned rail car in Lambertville. The photographs on the website caught my interest, and the location was easy to find on Google.

I am unsure if ruinenlust is the appropriate word for my feelings, but Steve Newcomb describes it this way.

There is a group of people that find abandoned buildings fascinating. The Germans call it ruinenlust, and the people that document it are referred to as urban explorers. I have discovered that I am a proud part of that group. Whether left unaltered or filters are used to enhance the abandoned look and feel of the picture, the internet is full of these images.

I'm a weekend amateur photographer. With my work schedule, I don't often get time to use my camera until the weekend. With the change of the seasons and the change in the timing of dawn and dusk, the opportunities for daytime photography are even fewer. The sunrise is just before starting work, and it's almost dark when I push away from the keyword. The sole time I had to complete the project was Sunday, after the brewer's hour at Flounder Brewing.

I parked near the [Holcombe-Jimison Farmstead Museum]. Based on what I saw as I drove along River Road, this is another property that I would like to explore with my camera. Like the day before at the Central Jersey Beer Fest, the sky was overcast, a giant software. I felt a fine mist of rain falling, and I hoped I would have time to get some photos before the weather worsened.

The air had a musty smell to it. I noticed that some of the trees had tinges of yellow, but the wood lining the D&R Canal were still mostly green. As I walked along the trail that followed the overgrown train tracks, my mind drifted to thinking about trains. 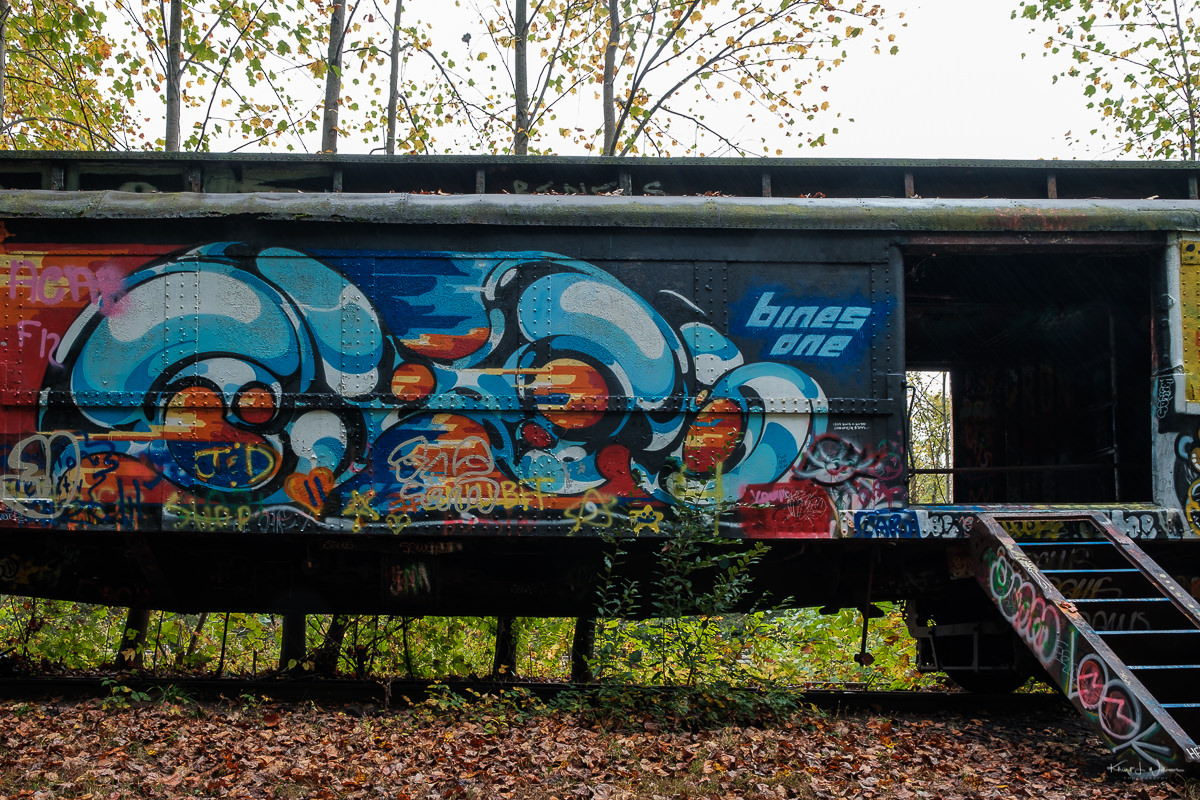 When Shaan and Kiran were toddlers, Bhavna and I often took rides on the New Hope Railroad. Shaan especially loved riding the train on the short trip from New Hope to Lahaska and back. A few years ago, Bhavna, Shaan, my friend Ed, and I took an autumn leaf excursion to Jim Thorpe on the Lehigh Gorge Scenic Railway on a steam train from Port Clinton, Pennsylvania.

Wooden railroads, called wagonways, were built in what would later become the United States starting in the 1720s. I am not a railroad historian, but from what I have read, railroads played an essential role in the development of the United States, from the industrial revolution in the northeast in the early 1800s to the settlement of the West in the late 1800s.

However, railroads declined with the advent of trucks and cars and the expansion of the US highway system. Many railways operated, taking tourists from New York City and Philadelphia to New Jersey's shore towns, including Asbury Park, Sea Side Heights, and Atlantic City. With the decline of the railways, many of these towns declined. 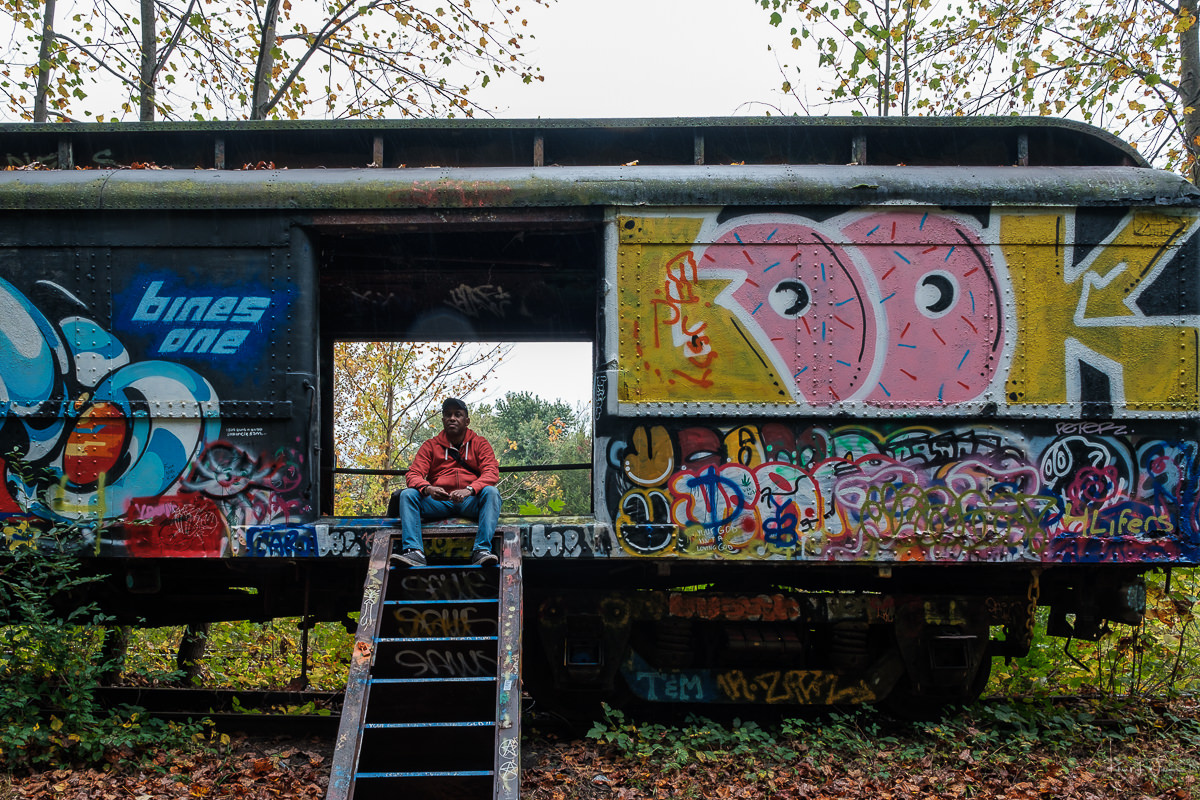 The rail lines connected workers in the smaller towns in the more westward counties of Morris, Mercer, Hunterdon and Somerset to more metropolitan cities such as Jersey City, Hoboken, Philadelphia and New York City. Some of these rail lines still operate as part of the New Jersey Transit System, which connects to Amtrak lines the go north to New York City and Boston and south into Philadelphia, Baltimore, and the District of Columbia.

The abandoned train car lies on the decaying tracks of the BR&W Railway, which was three miles of track in the Lambertville area that was part of the Belvidere Division before Conrail took over. BR&W was a freight and heritage railroad operating between Flemington, Lambertville and Ringoes in Hunterdon County, New Jersey. The railroad operated vintage steam and diesel-powered locomotives. Freight service to Lambertville ended in 1995, with tourist operations ceasing by 1998 when the Federal Railroad Administration (FRA) prohibited operations due to poor track conditions.

The train car has become the favourite canvas for the spray paint of teenagers and drunken sods. Layers and layers of paint must cover layers of rust. The words Look and Bines, probably the tags of the spay painters, are found in several places on the car. 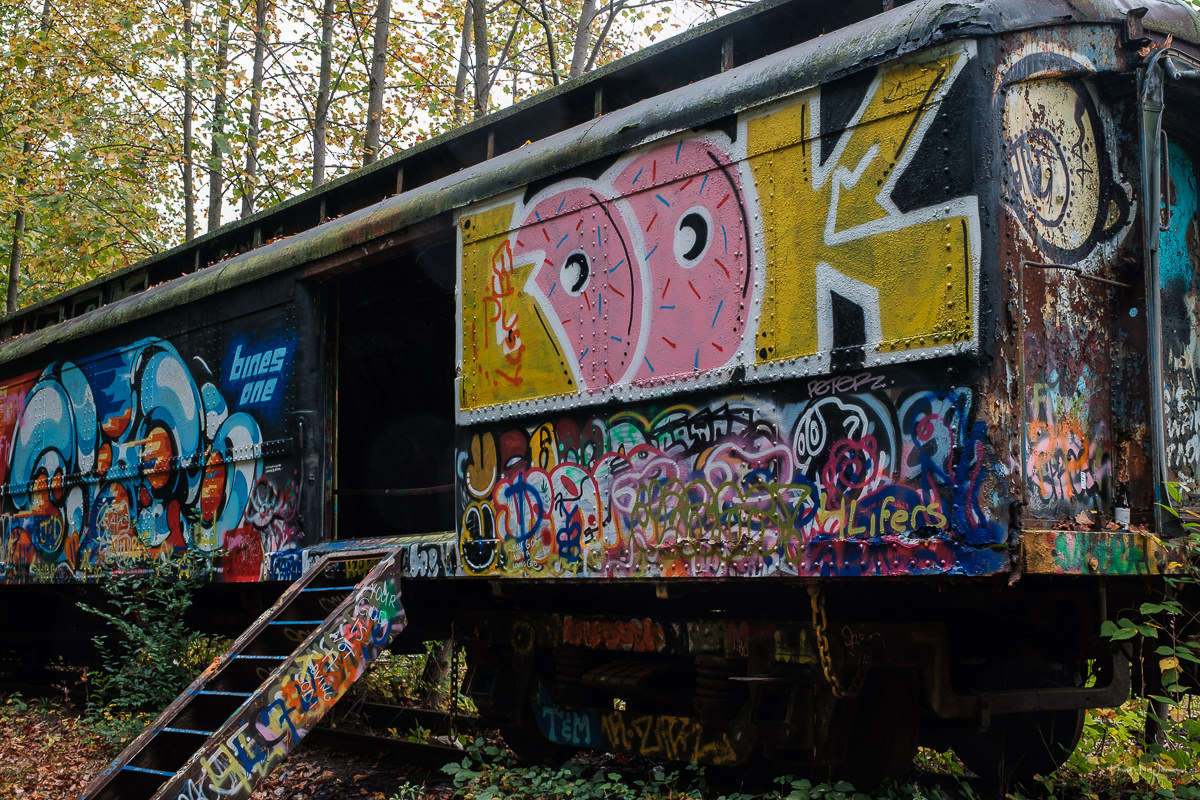 I wanted to look inside the side, so I climbed up on the makeshift steps. There was more "artwork" on the inside. I thought to bring the camera inside, but I noticed that the makeshift metal stairs were rusting away. Afraid it would collapse from my weight, I climbed down and explored outside the train car.

The fine mist of rain grew to a heavy drizzle which I could hear pattering on the leaves. It was time to go home.

Flounder Brewing hosted a brewer's hour with Head Brewer Doug Duschl Jr and Flounder Brewing’s President Jeremy "Flounder" Lees this morning. It was an intimate affair with about a few dozen people. Doug answered questions about his brewing process, and we sampled two beers on their tap list, Last Train To Munich and a special nitro beer, Post Digger Porter. 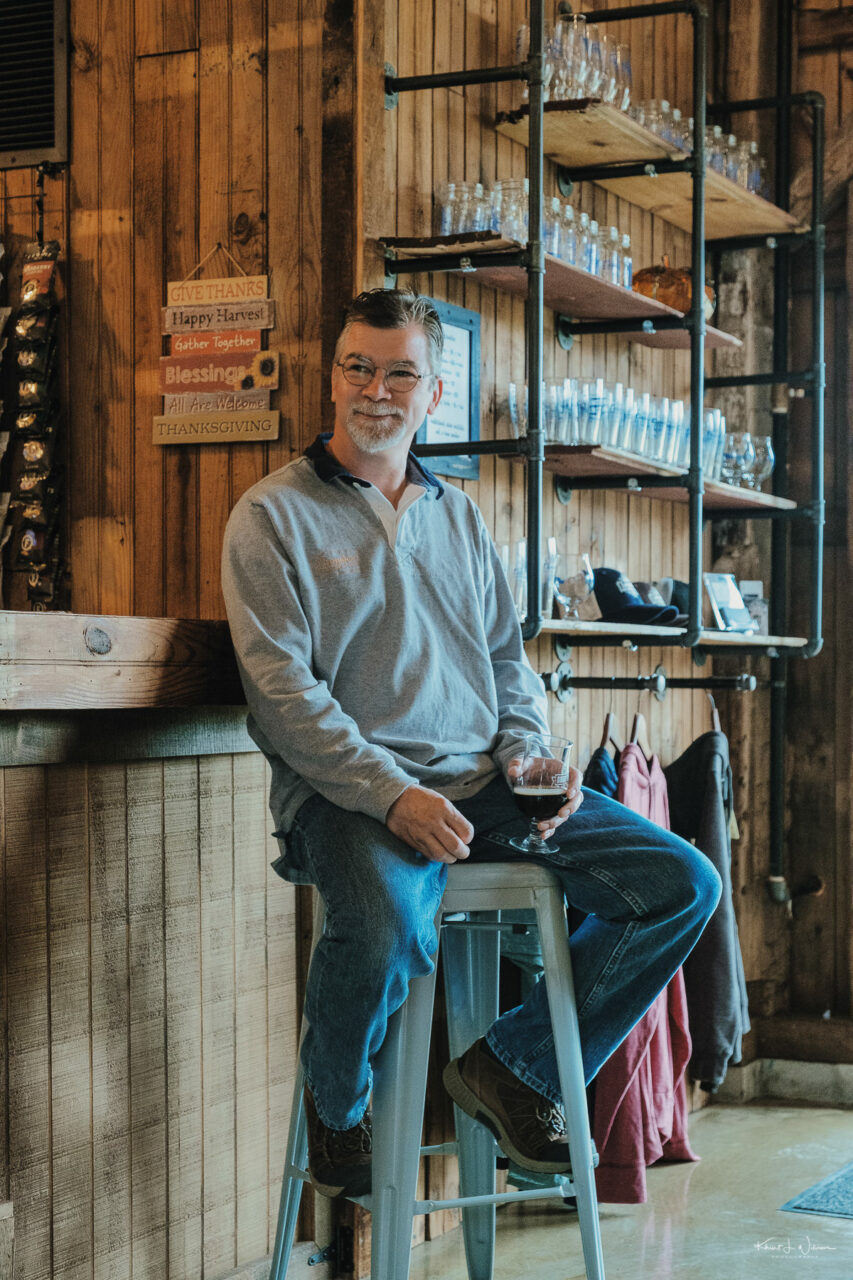 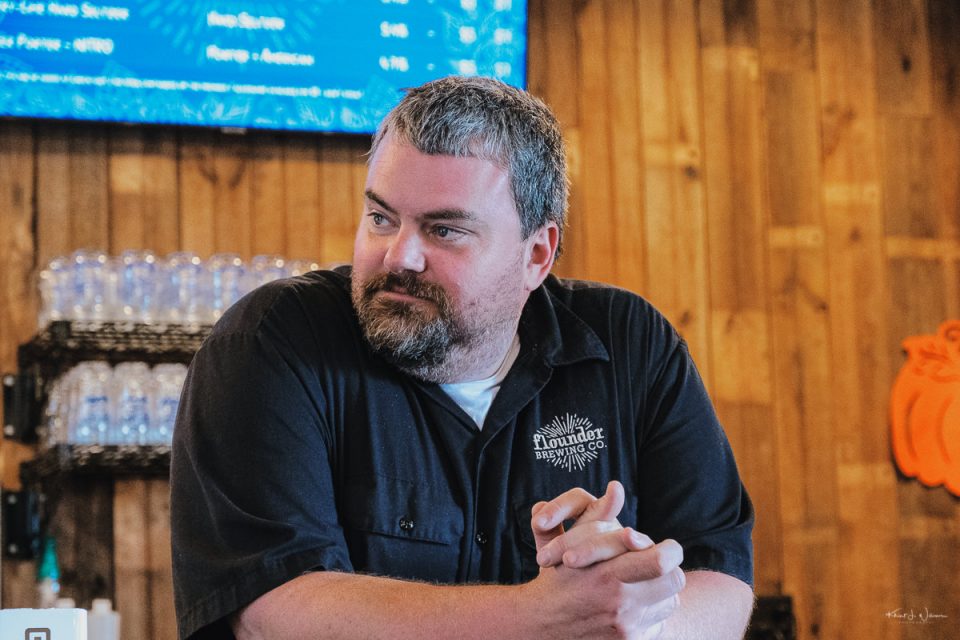 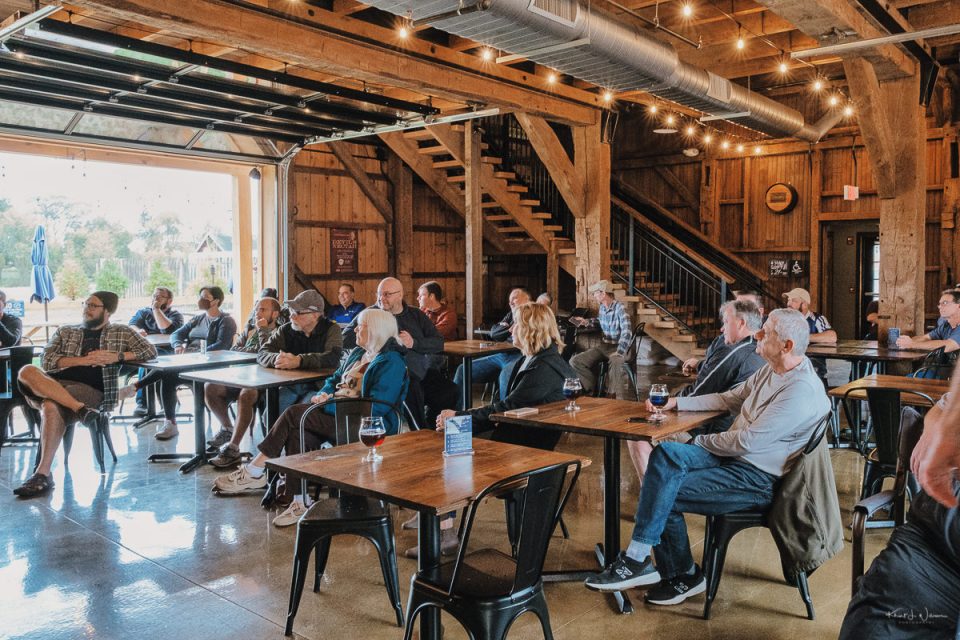 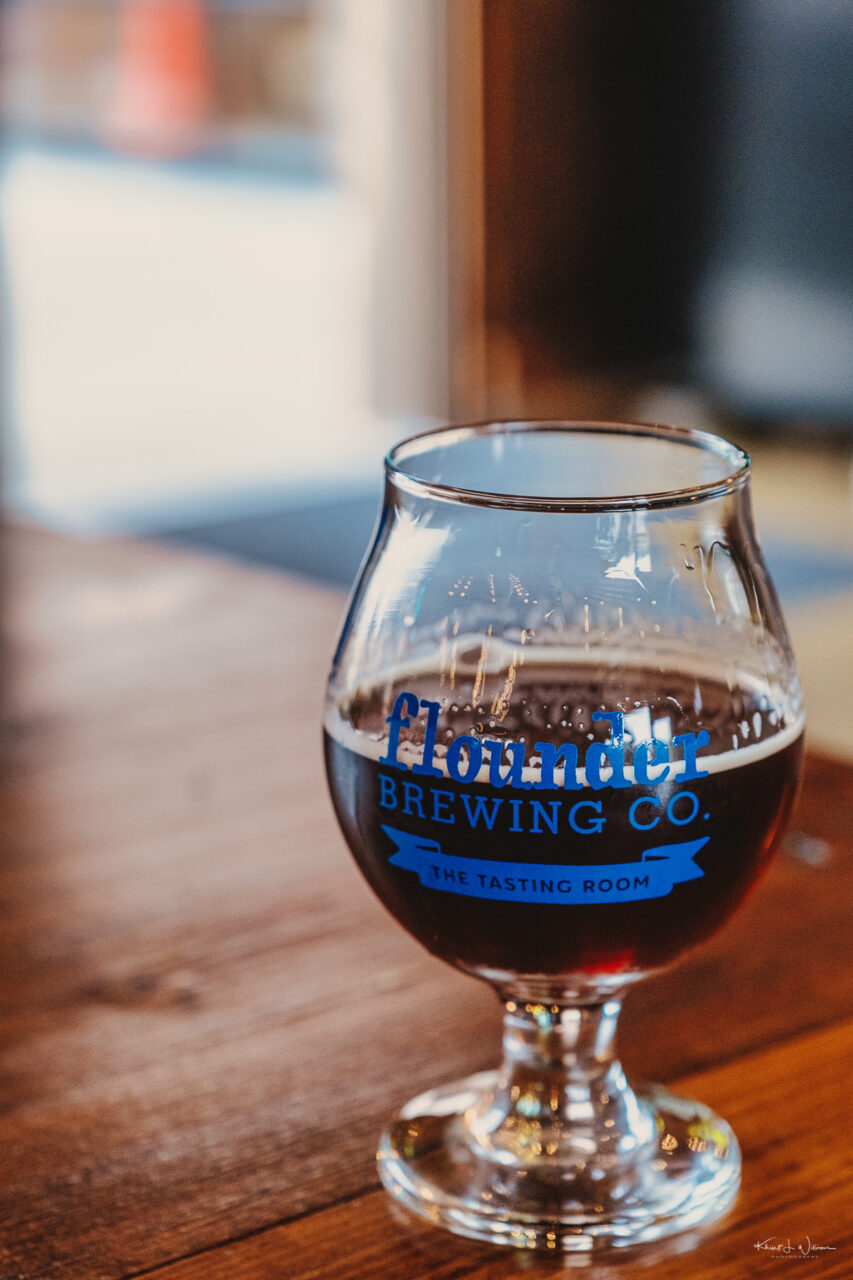 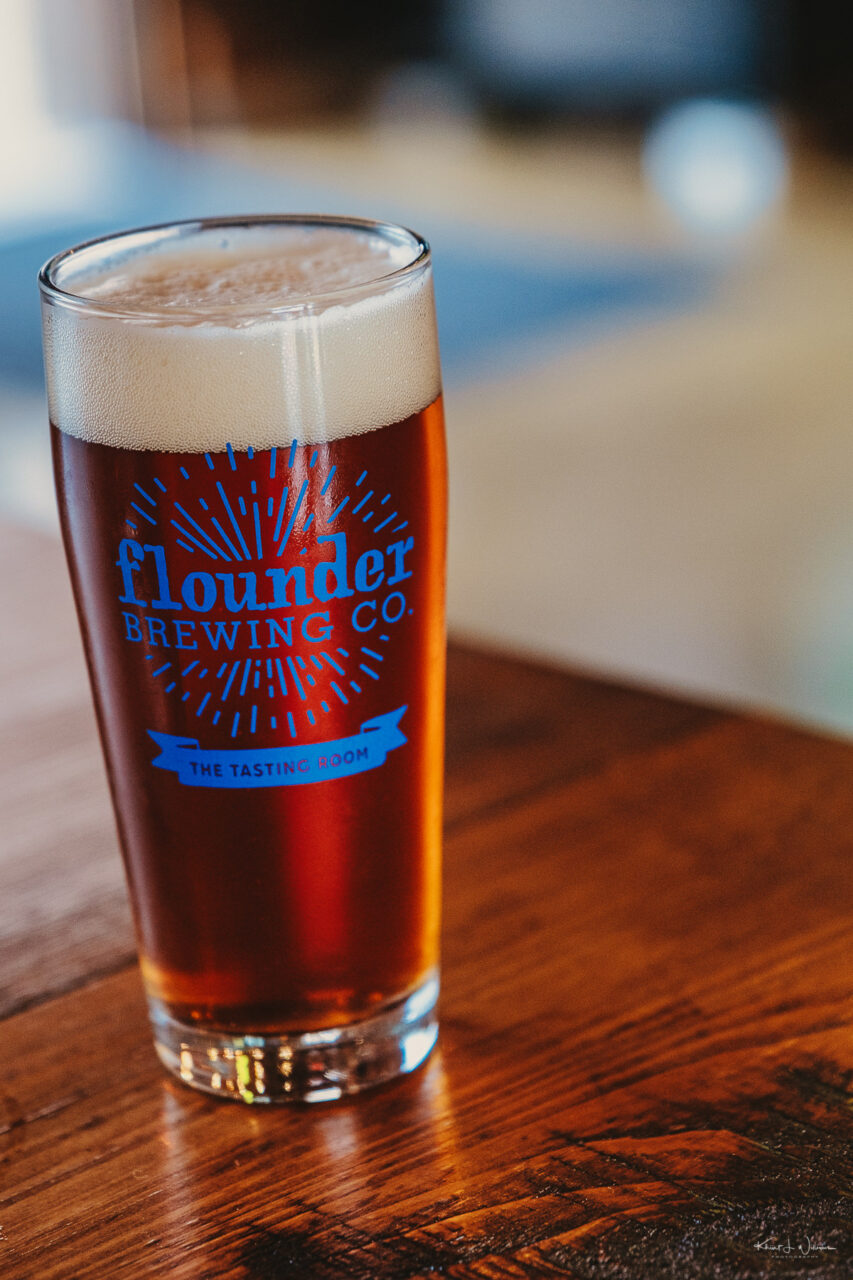 As we exited the Central Jersey Beer Fest in October 2019, Bhavna and I bought VIP tickets for the following year. Then COVID postponed the event to 2021. Bhavna decided to arrange a trip to Cape May with her sisters. Yeah, right!

I had two tickets, so my friend Ed and I went together. The air was cool and damp, but the event was dry except for a short five-minute drizzle. Well, not really. It's a beer fest. Ed and I had fun sampling the ales from all over New Jersey and eating way too many BBQ meats. Ed brought some chairs with built-in tables and found a spot under some pine trees to sit and eat. 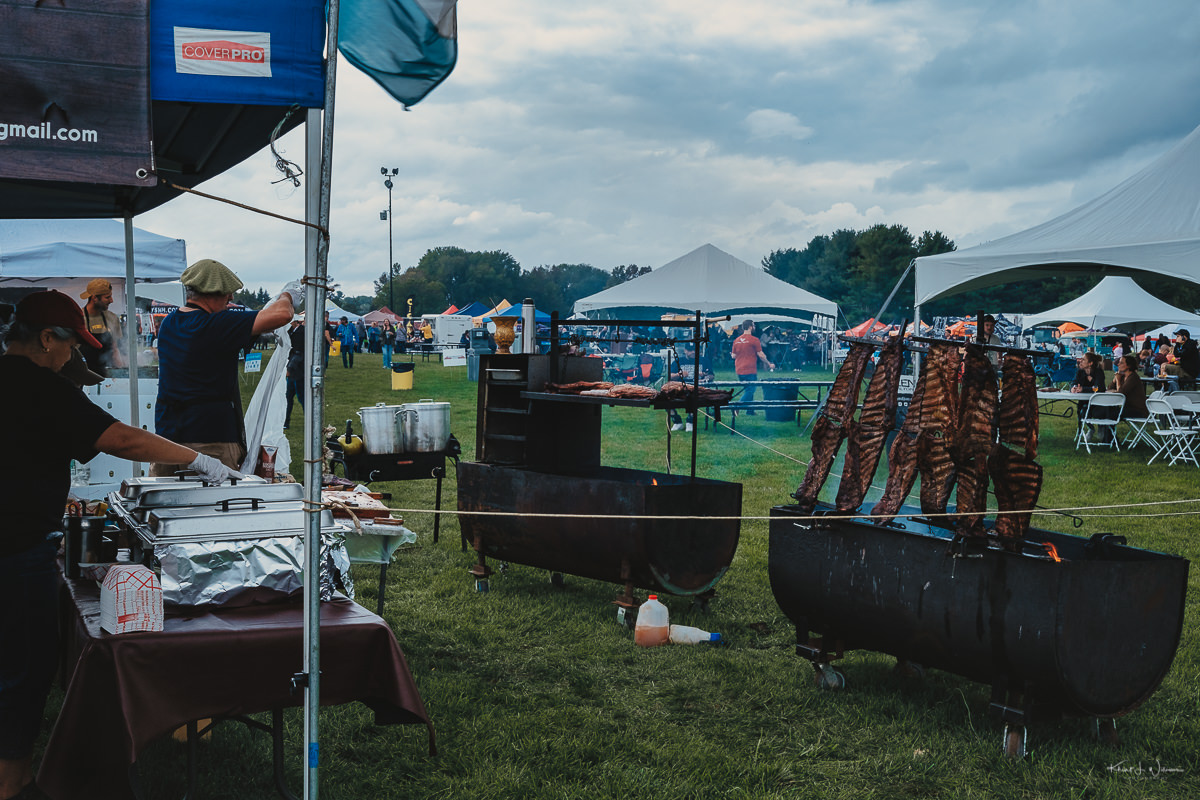 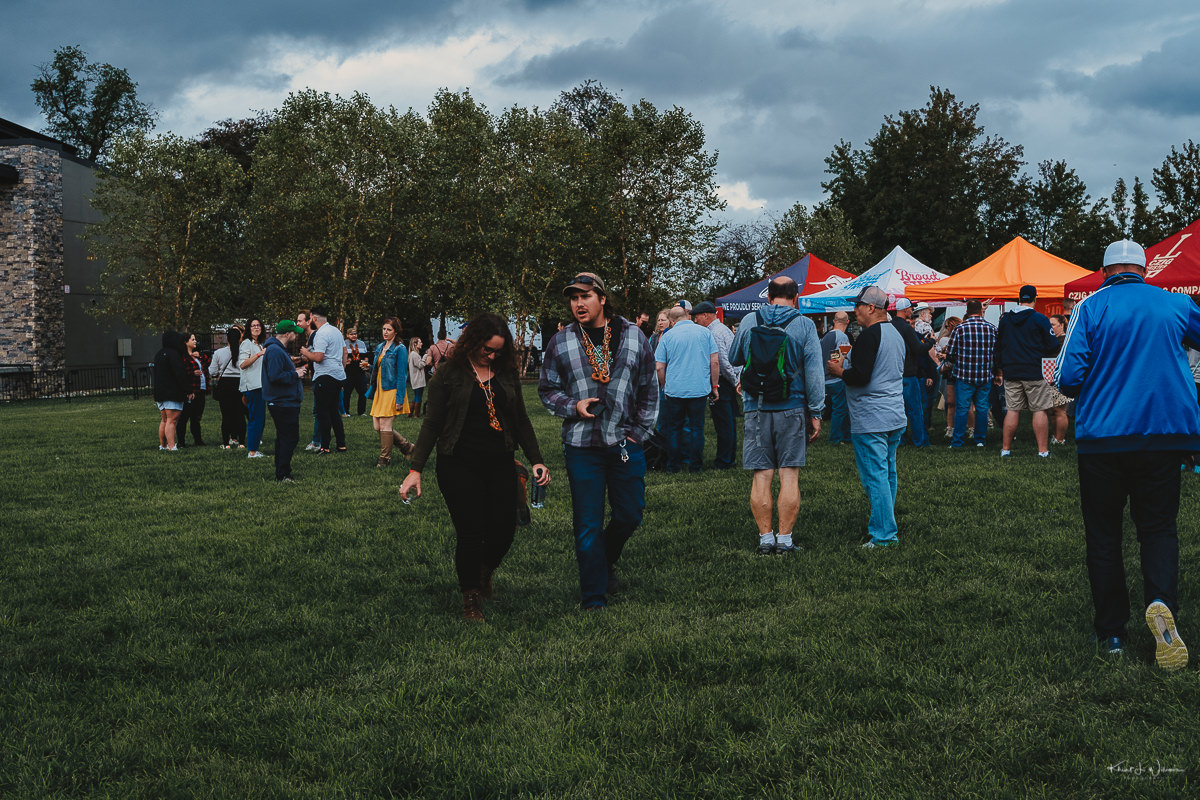 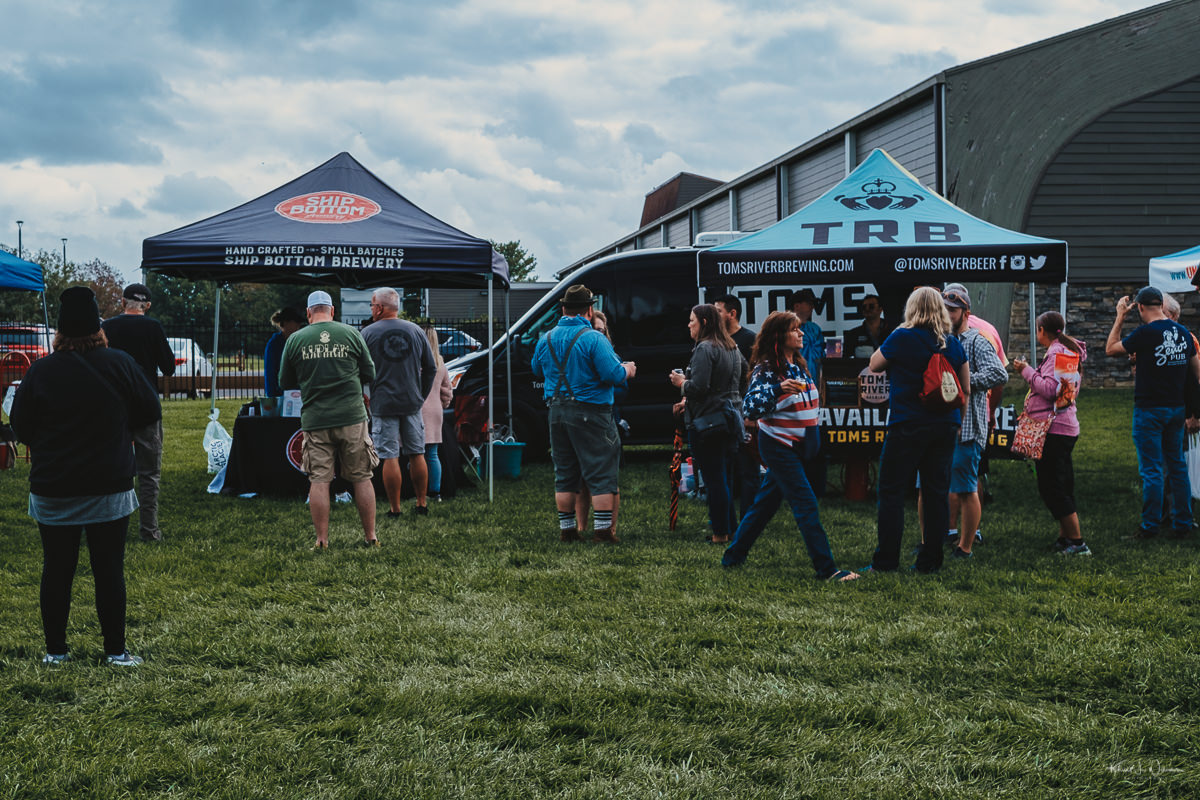 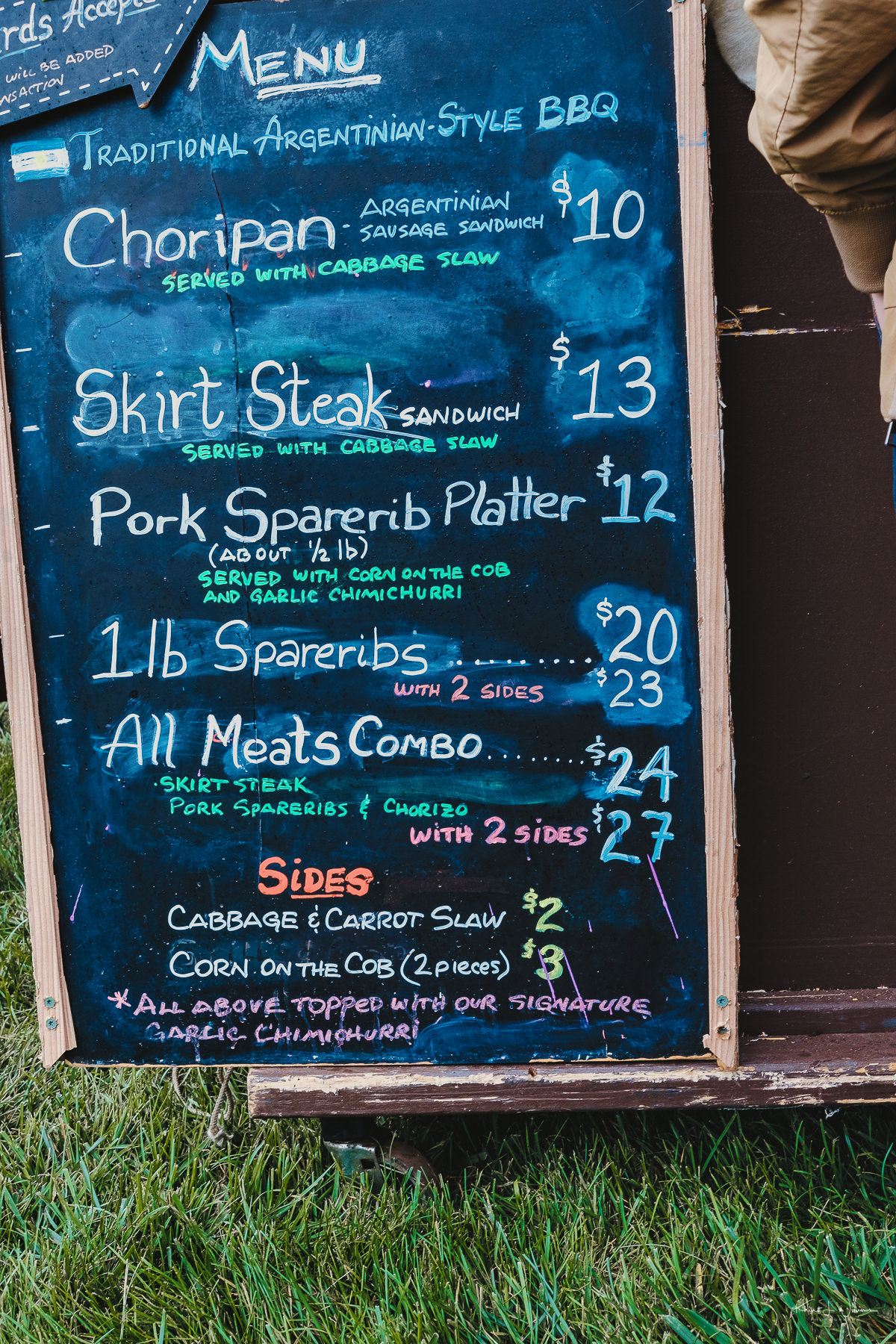 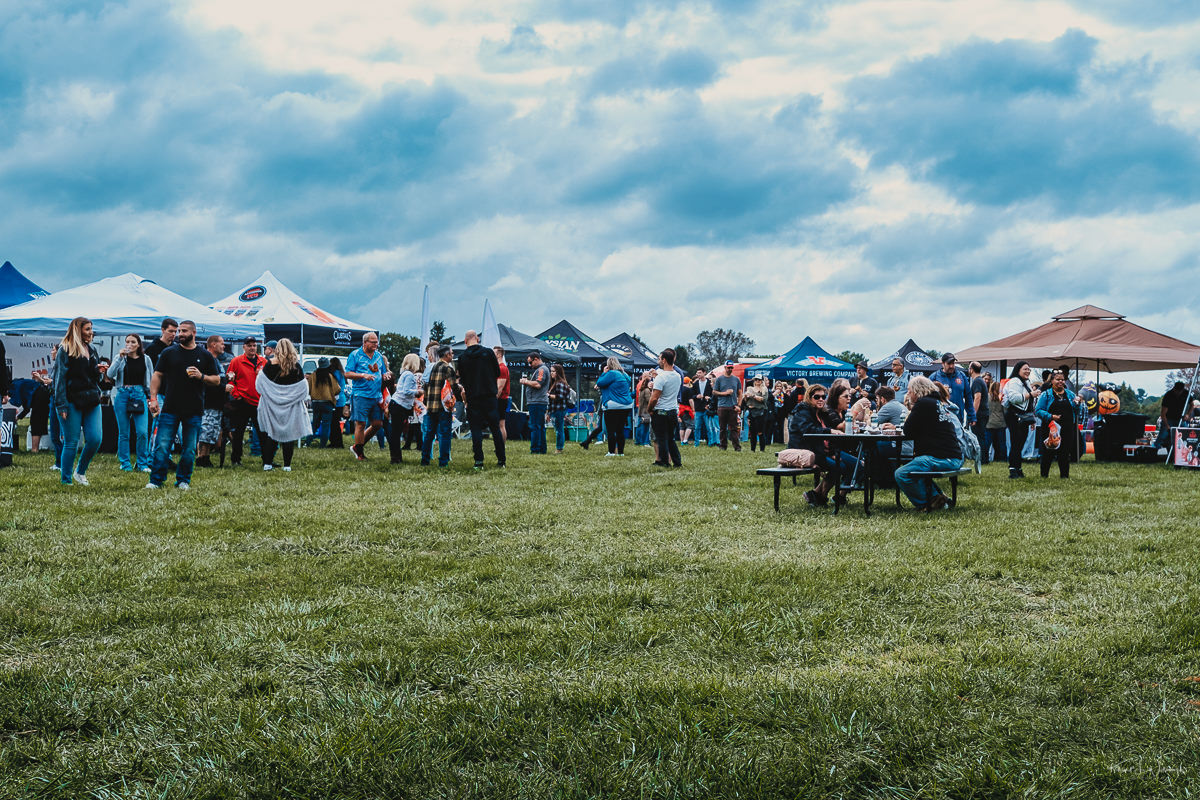 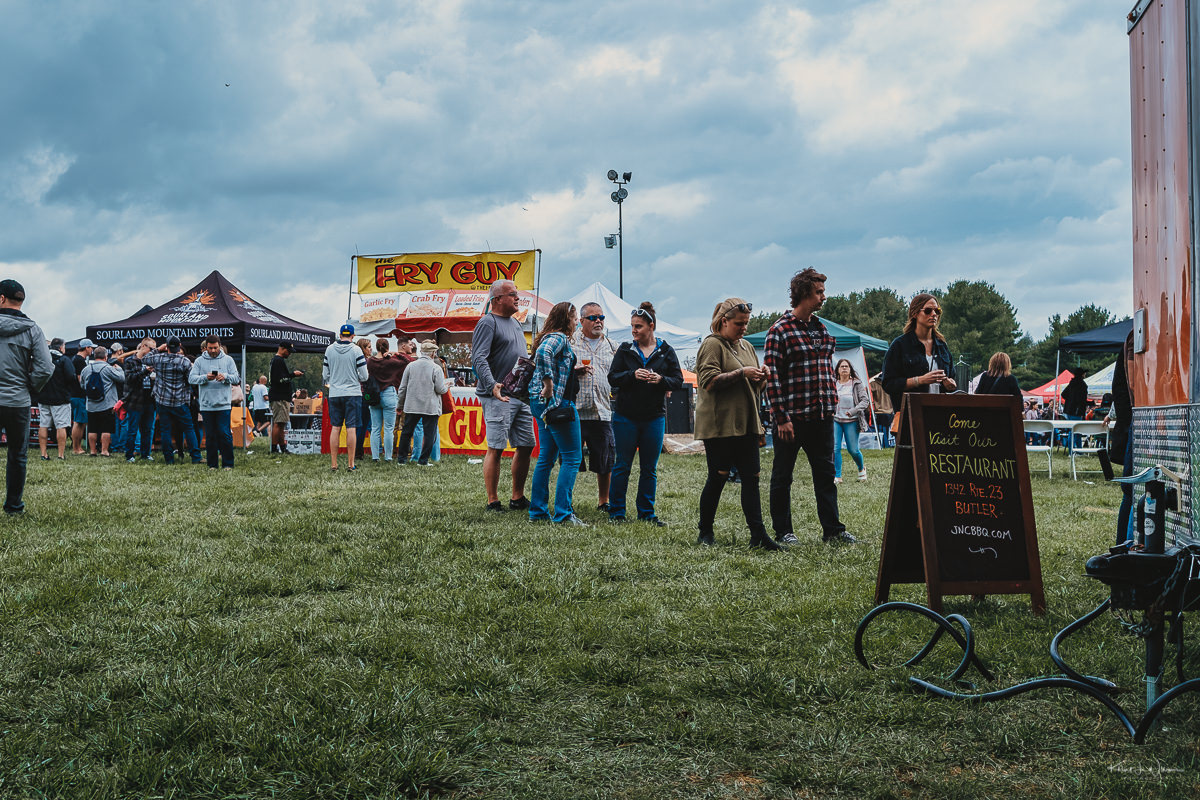 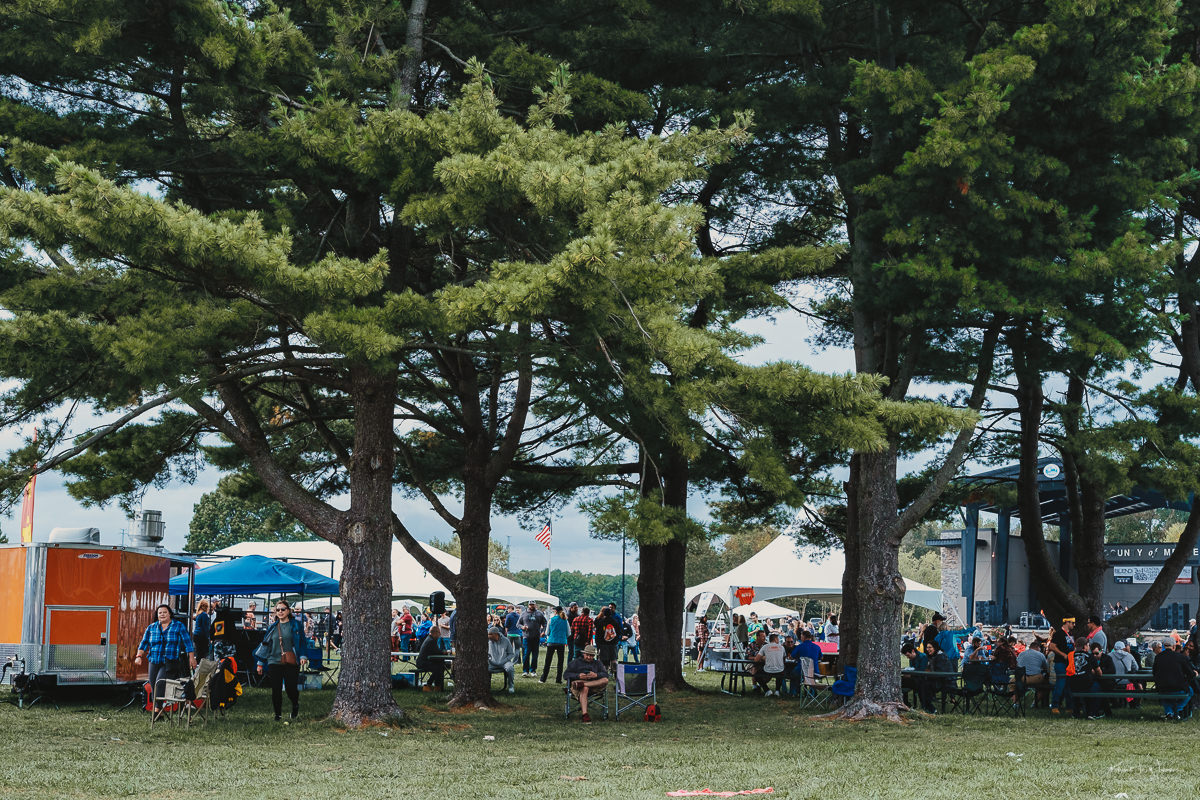 Some reading from early in the week.

Monomania Is Illiberal and Stupefying by Jonathan Haidt.

Individual monomania is rarely a social problem. One person who is obsessed with butterflies or with a particular celebrity, or who sees everything in sexual, economic, or religious terms, is just an eccentric, although sometimes a tiresome one. The monomaniac may suffer a constricted range of emotions and experiences, but she usually imposes no costs on others (although there are cases of celebrity stalkers and lone-wolf terrorists). It is collective or group monomanias that are more worrisome for liberal societies because they create many negative externalities: They cause large numbers of people to behave in ways that are harmful and unjust to others. 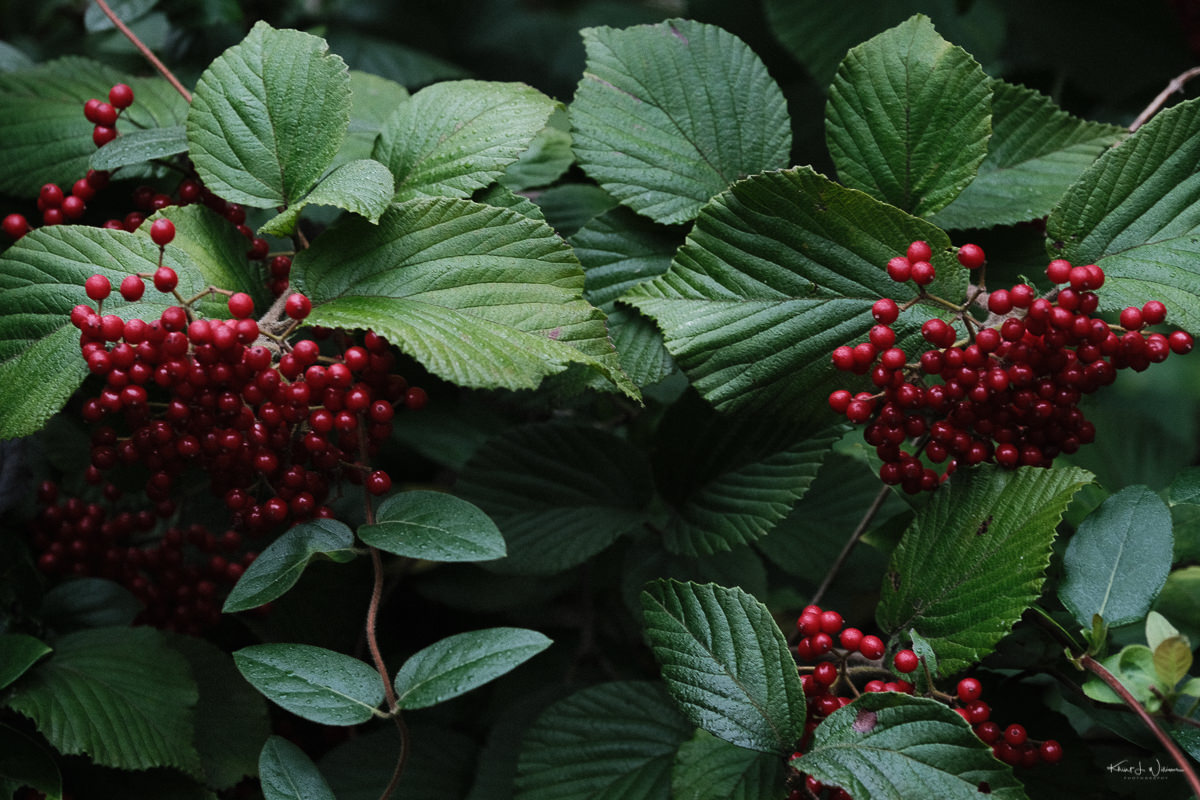 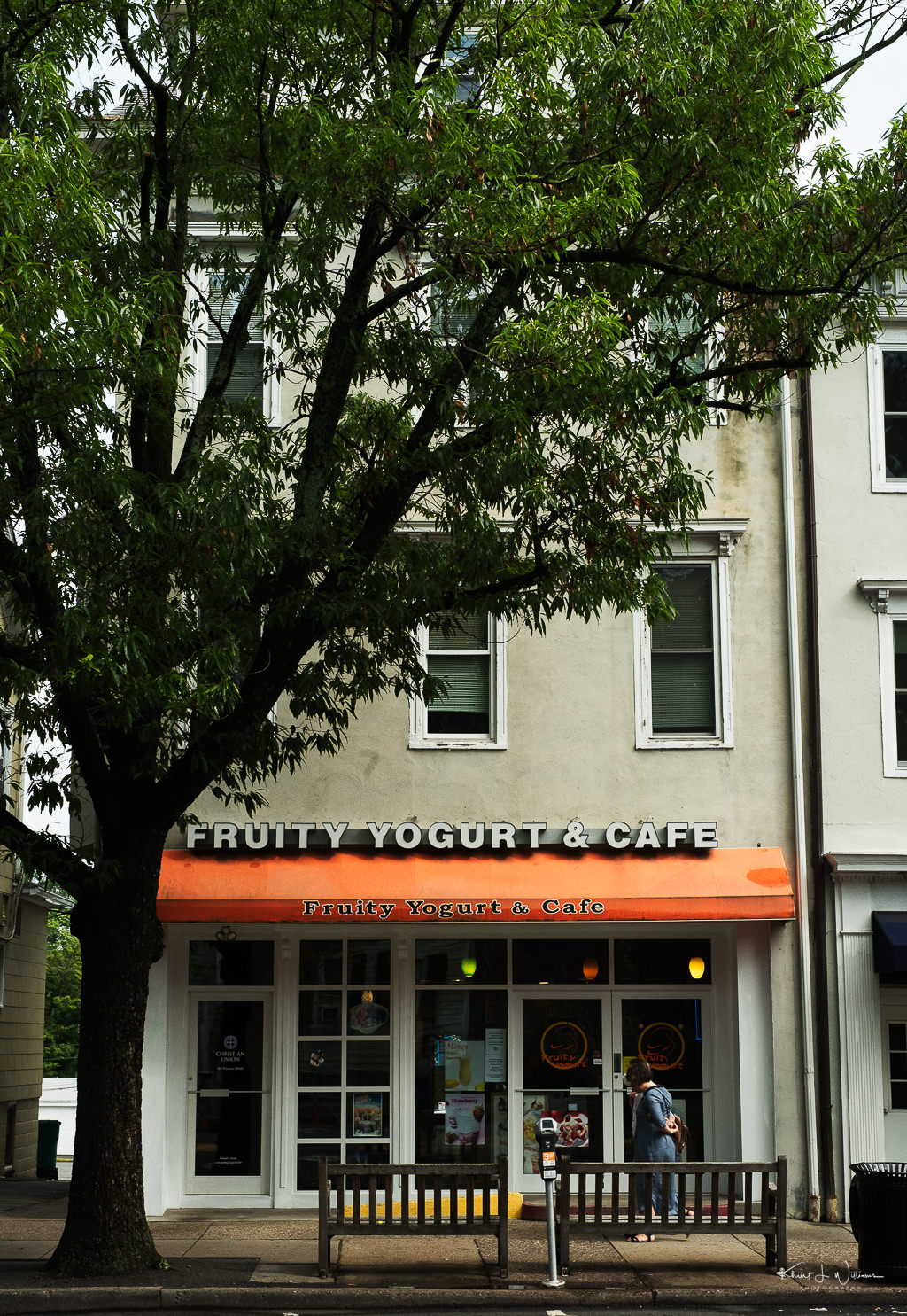 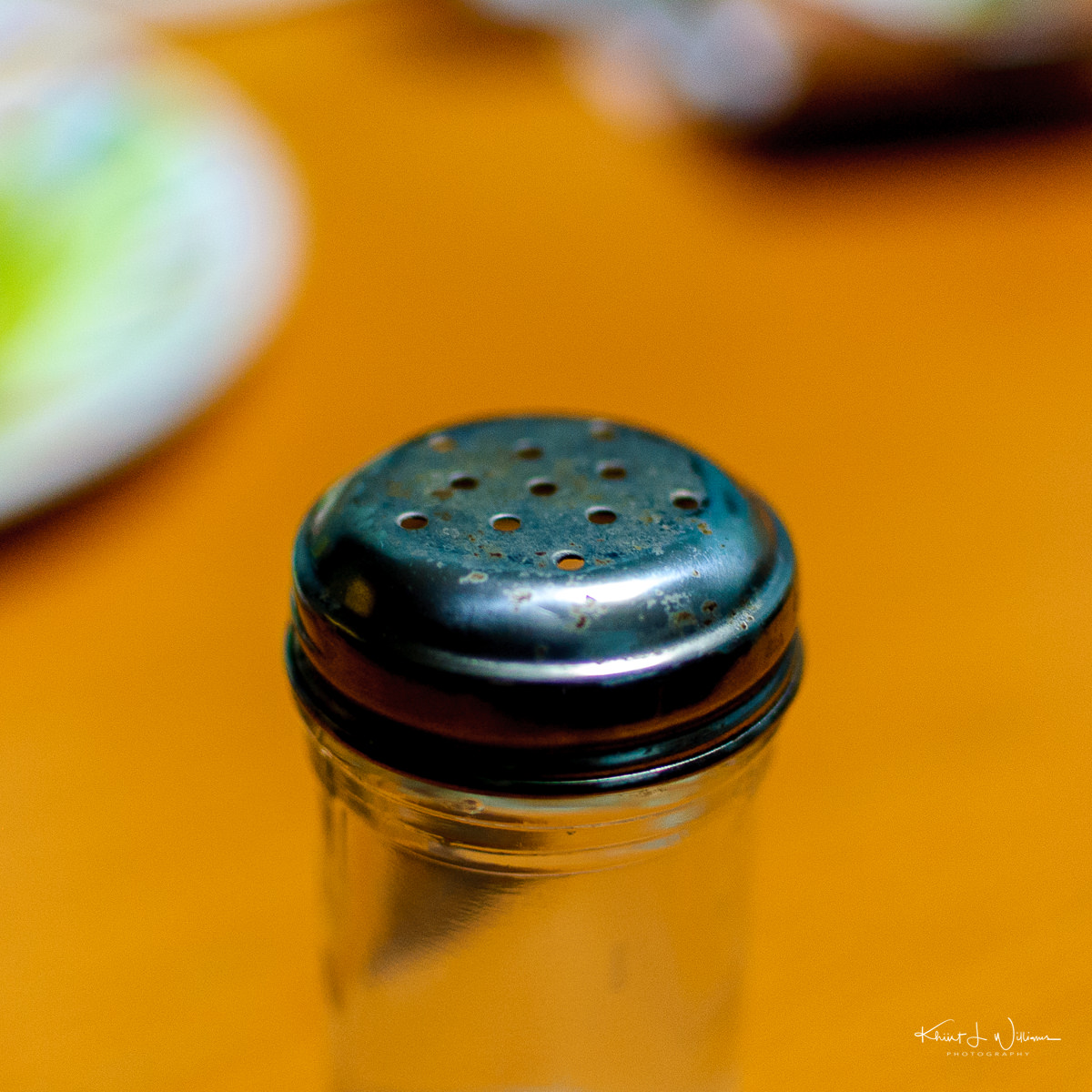 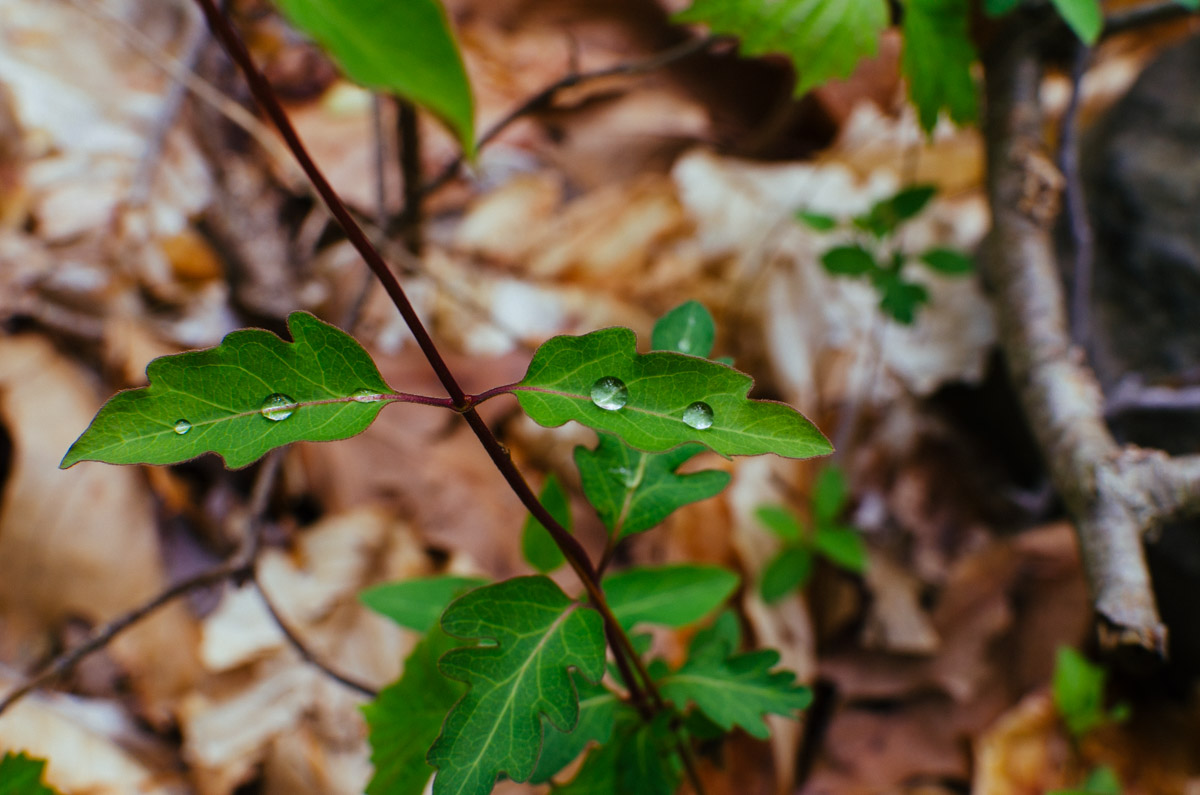 you are more much more than the sum of the parts