The Referend Bier Blenderyy specialises in the production of spontaneously fermented beers. This is a style of beer making used by ancient beer-making cultures and popularised by the modern lambic brewers of Belgium's Pajottenland. 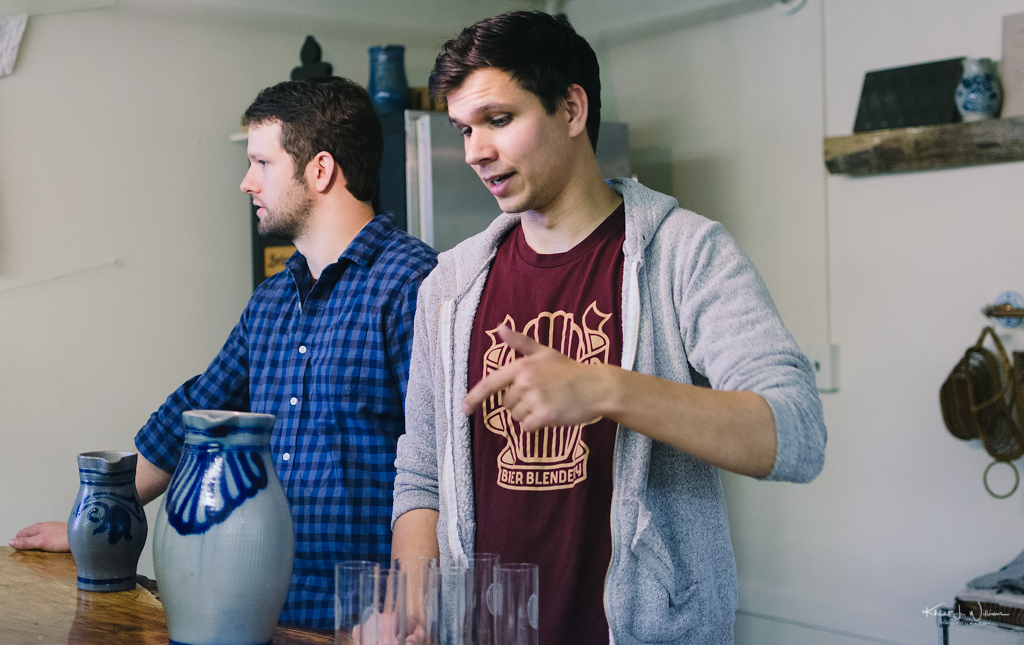 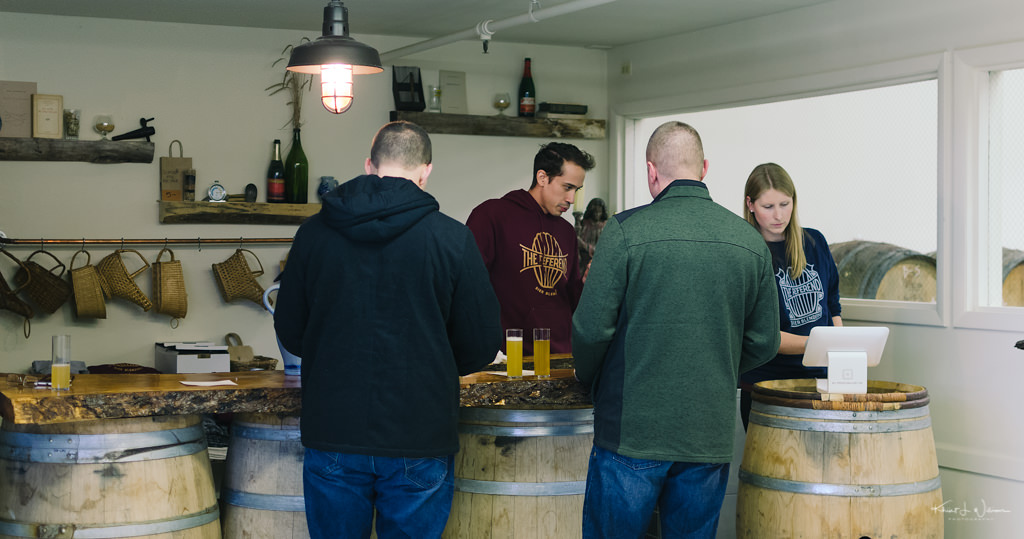 My wife and I took a short tour of the brewery hosted by Melissa Ducommun, a PhD candidate at the University of Pennsylvania School of Medicine.

Melissa took us outdoor and showed us the stainless steel fermentation tanks into which The Referend Bier Blendery will be pumping wort obtained from local New Jersey beer brewers. The fermentation tanks are large, shallow pans called a "cool ship", where wild yeast and bacteria will settle on overnight. The "cool ship", which was custom fabricated by Trenton Sheet Metal, sits in the back of a truck that will be driven from location to location. 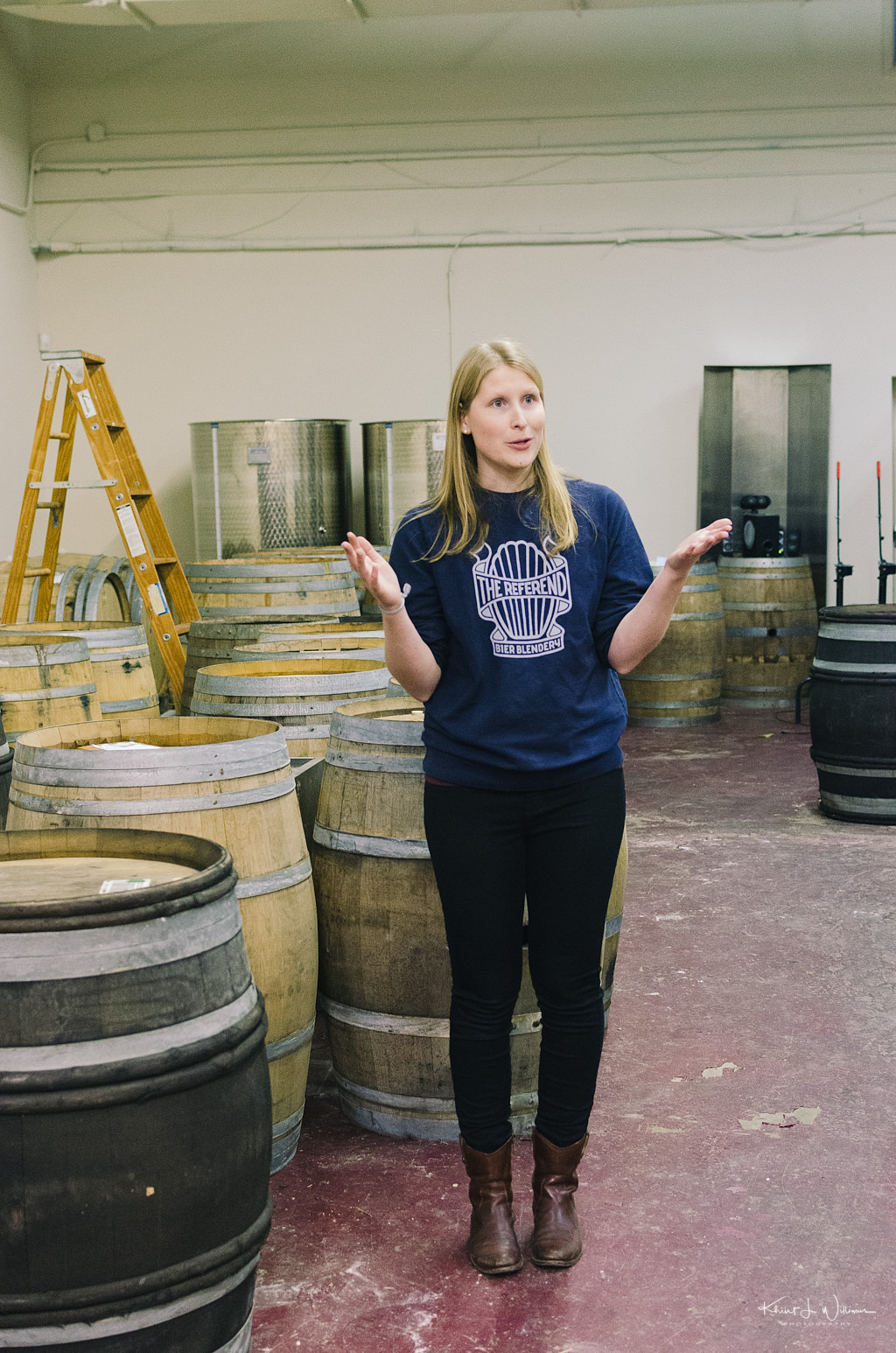 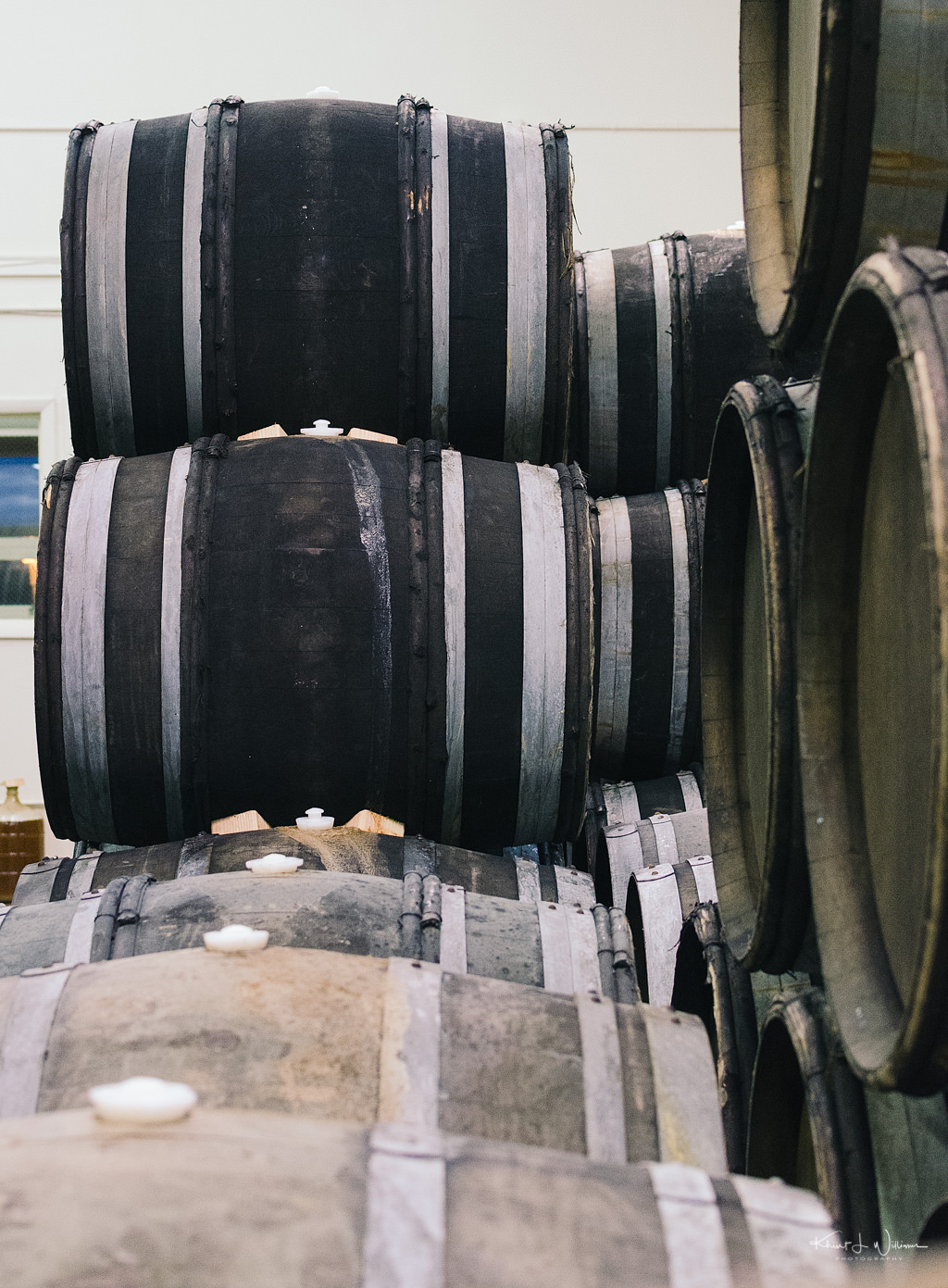 The cool ship is outdoors to reduce contamination to the breweries where Referend obtains wort. Most beer is fermented by commercially cultivated yeast. However, spontaneously fermented beer depends upon the unpredictability of the wild yeast and microflora's presence to impart a singular aroma and flavour profile. The presence of wild bacteria would be disastrous for any commercial beer batch infected by it.

Melissa explained that after the wort has cooled, it is put into aged oak barrels and racked in the blendery, at which point fermentation will begin. The wild fermentation process is lengthy. The Referend Bier Blendery has used Chardonnay oak barrels for the long ageing process. 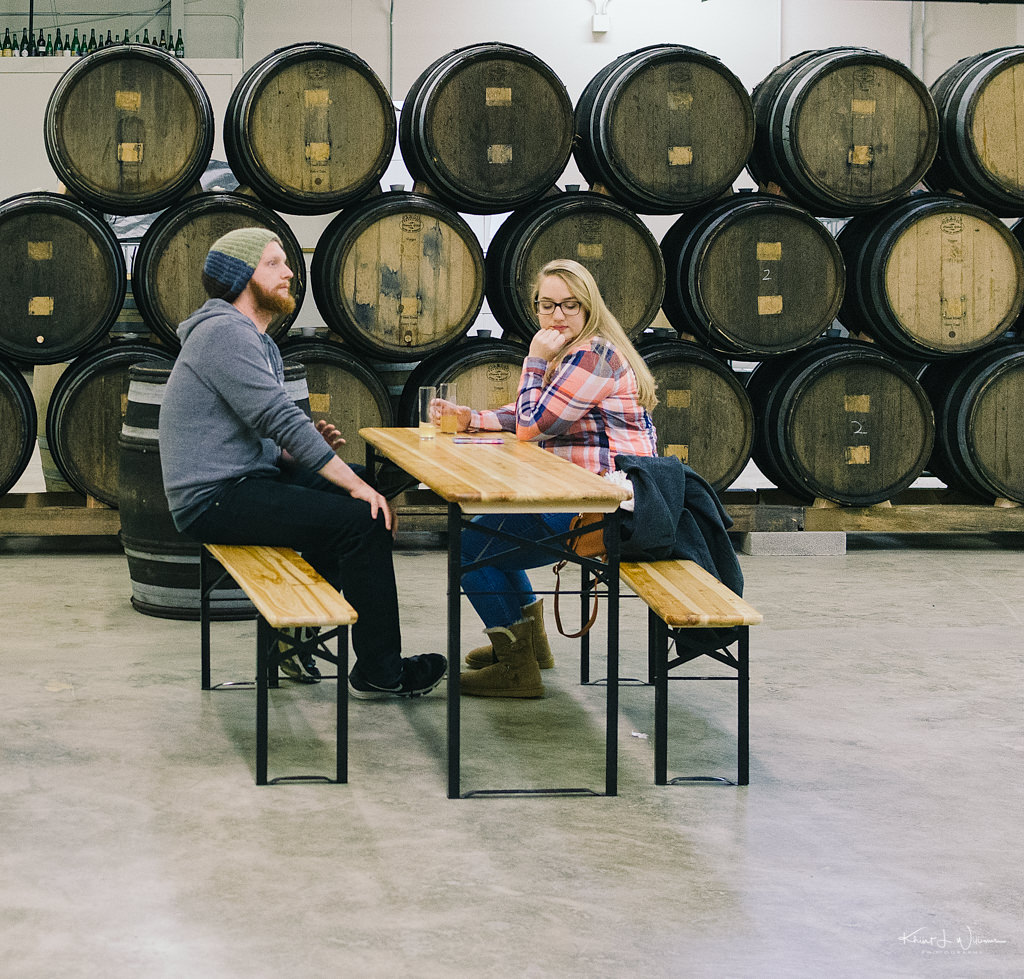 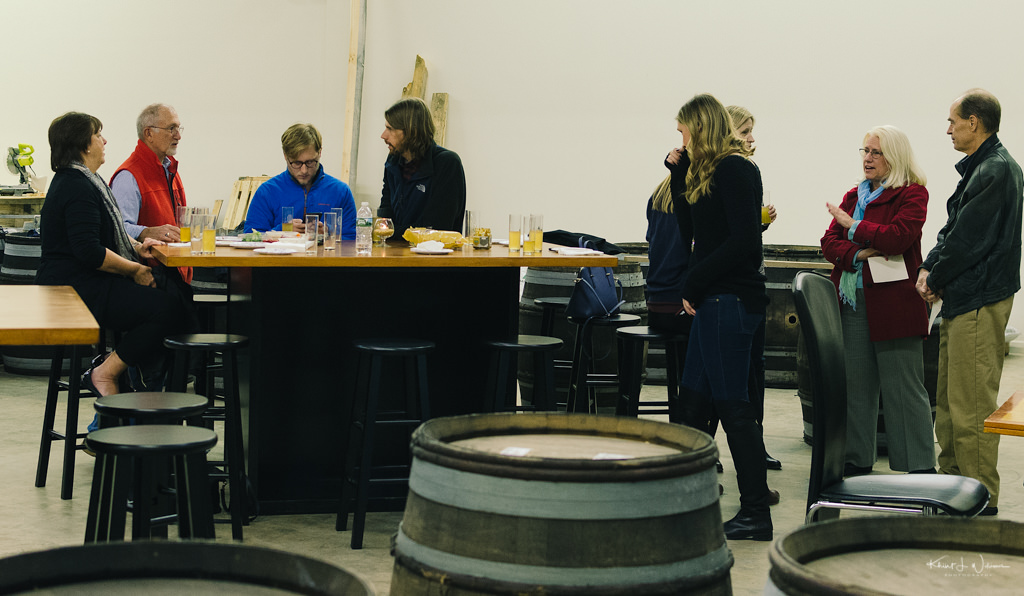 This winter, The Referend Bier Blendery will be brewing 500 barrels of wort to be 100 per cent spontaneously fermented and aged in oak barrels, gradually coming to maturity between four months and four years, depending on the style of beer. Melissa told us that the first bottled offerings would finish conditioning in early 2017 and be sold in traditional corked and caged, 750-ml green glass bottles.