I awoke earlier than usual this morning. The grass outside was still wet with either rain or dew, and the sky was all grey with subdued light. Last night before bed, I realised that it had been quite a long time since I had not ventured into the nearby historic village of Kingston. Kingston was a thriving rest stop on the way between New York and Philadelphia. Travellers passed through town along Main Street which is now part of State Route 27. In the 1800s the Delaware and Raritan Canal and the Camden and Amboy Railroad fueled Kingston's growth. I set my mind to a short adventure around the D&R Canal State Park portion of the Kingston Mill Historic District.

From my home, the Kingston Lock is a short six-minute drive along River Road. A few other cars were already parked near D&R Canal Park trailhead. I set up my X-T2 and XF27mmF2.8 on the Really Right Stuff L-bracket and mounted to the Manfrotto tripod. The X-T2 was configured with Luís Costa's colour film simulation recipe.

The Kingston Mill Historic District, which is on the National Register of Historic Places listings in Mercer County, New Jersey, was one of the earliest settlements in Princeton, New Jersey. The Kingston Mill Historic District consists of the Greenland–Brinson–Gulick farm, four nearby houses, the Kingston gristmill powered by the Millstone River, and the Kingston Bridge, an 18th-century stone arch bridge over the river. I have not seen the Greenland–Brinson–Gulick farm or the four houses that are part of the historic district, but multiple times in the past I have walked along what used to be a part of the Old Lincoln Highway and across the stone arch bridge to the Kingston Mill.

In 1748 Jacob Skillman built a grist and flour mill across the bridge on the Princeton side of Kingston. In 1798, the bridge that now connects Kingston and Princeton was built. In this same year, the Gulick family purchased the Jacob Skillman mill and kept it going for about a century. 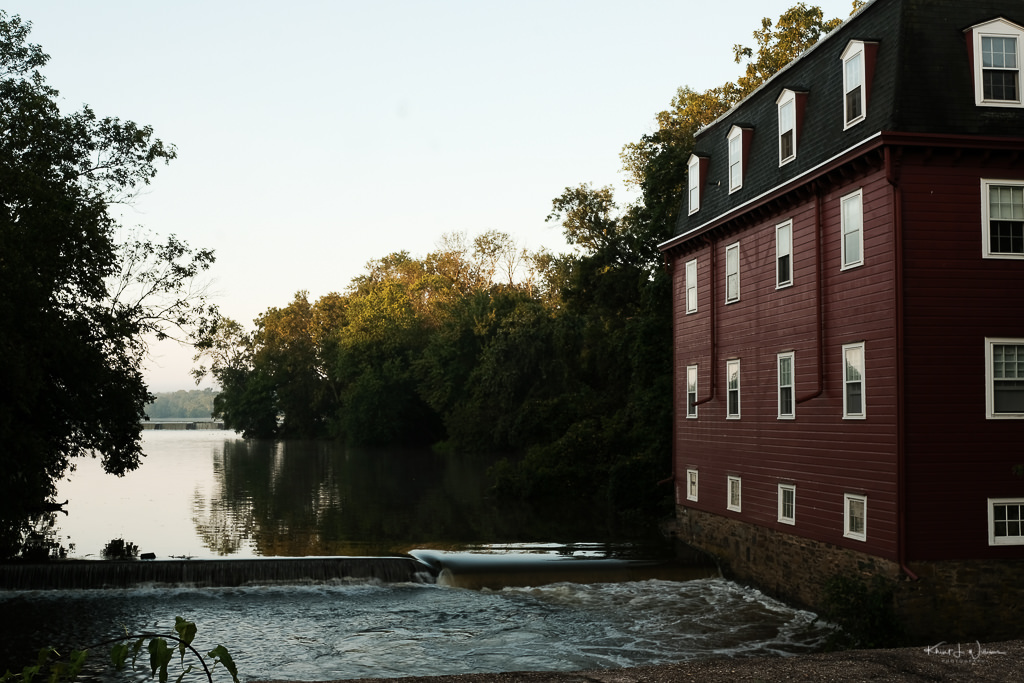 In 1886 the Princeton rowing teams disbanded when the traffic on the canal and Millstone River became crowded and made practice too dangerous. While visiting Princeton University in 1902, philanthropist Andrew Carnegie upon learning of the situation, decided to support damming the Millstone River to create Lake Carnegie. You can see Carnegie Lake in the background.

In January of 1777, following the Battle of Princeton, General George Washington during a stopover in the Kingston pondered whether he should push northeast into New Brunswick to capture the British storage houses or head north to his winter quarters in Morristown. Realising that his troops were in rough shape, the general decided to continue onto Morristown and ordered the bridge that linked Kingston to Princeton to be destroyed.

From the Kingston Mill, I backtracked to the Kingston Lock, Lock #8 on the D&R Canal Towpath. Construction of the D&R Canal began at Kingston in 1830, and Kingston Lock-tender’s House was built in 1834 when the Delaware & Raritan Canal was completed. The Delaware & Raritan Canal was operated as a barge canal until 1932. The state of New Jersey acquired the canal from the Pennsylvania Railroad Co in 1934. The Lock-tender's House now serves as the home of the Kingston Historical Society. You can see the water flowing exuberantly through the lock's overflow. The drop gates were installed on the canal lock in 1849. Circa 1830, after the last lock tender saw a few military submarines pass, the canal closed.

The D&R Canal consisted of fourteen locks, which allowed ships to travel between the different elevations across New Jersey. Adjacent to the Lock-tender's House, near the Kingston Lock, is a small white building. This building is the only surviving tollhouse and canal telegraph office on the D&R Canal. 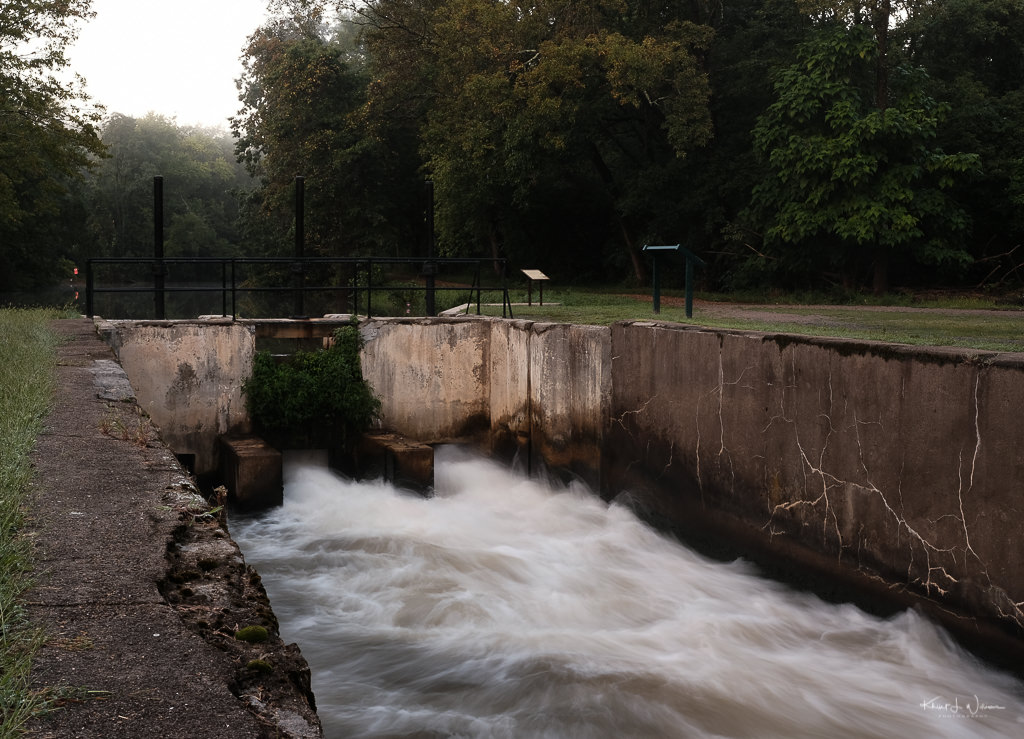 The area near the lock is under constant repair from damage caused by the flooding of the D&R Canal and the Millstone River tributary during rainstorms. In 2020, the New Jersey Water Supply Authority completed a two-year dredging project along a 10.5-mile stretch of the canal from Kingston to Amwell Road in the East Millstone section of Franklin. The project emoved an estimated 248,000 cubic yards of sediment to increase the flow of water in the canal to reduce the effects of weed growth. After photographing the red of the Kington Mill and the white of the telegraph station, it seemed fitting to end with something blue. 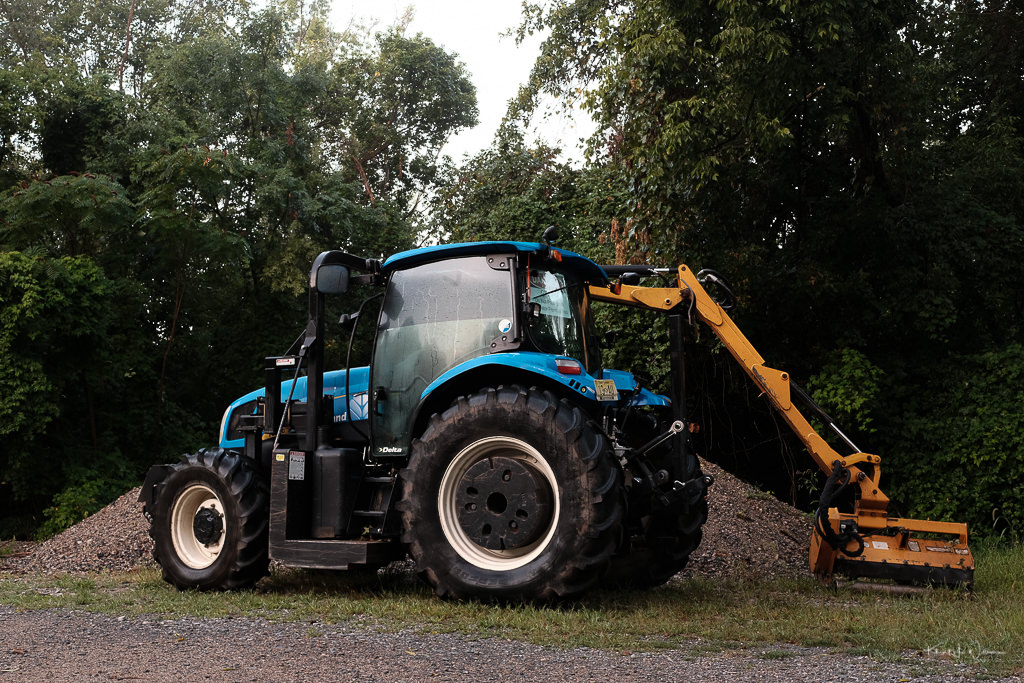 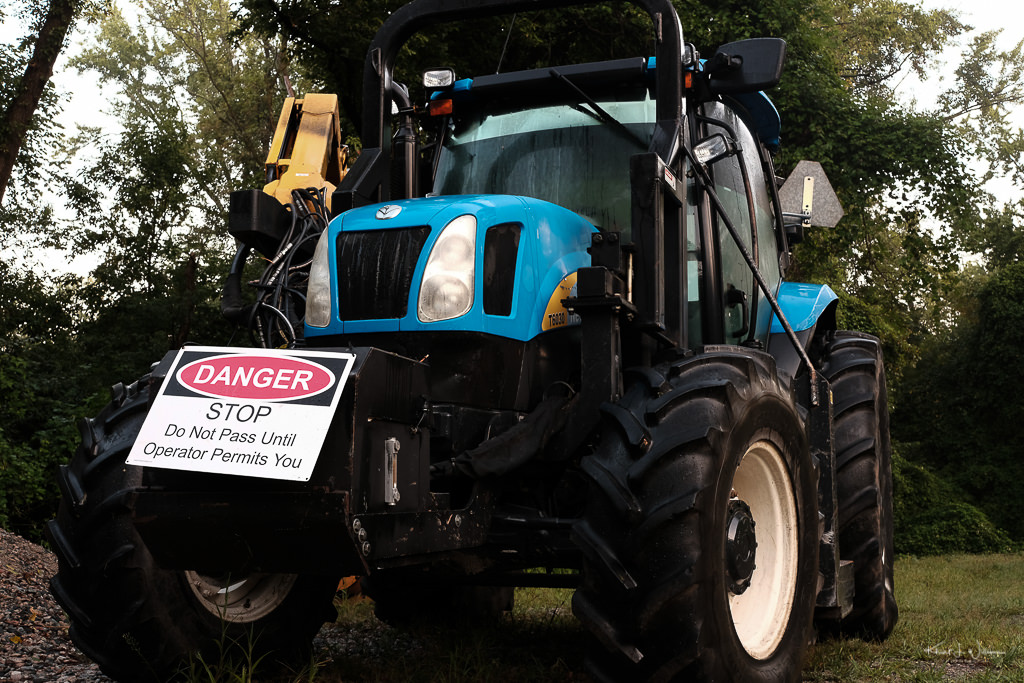 Submitted for the Lens-Artists Photo Challenge #112.

Sharpening Your Images for Online Viewing 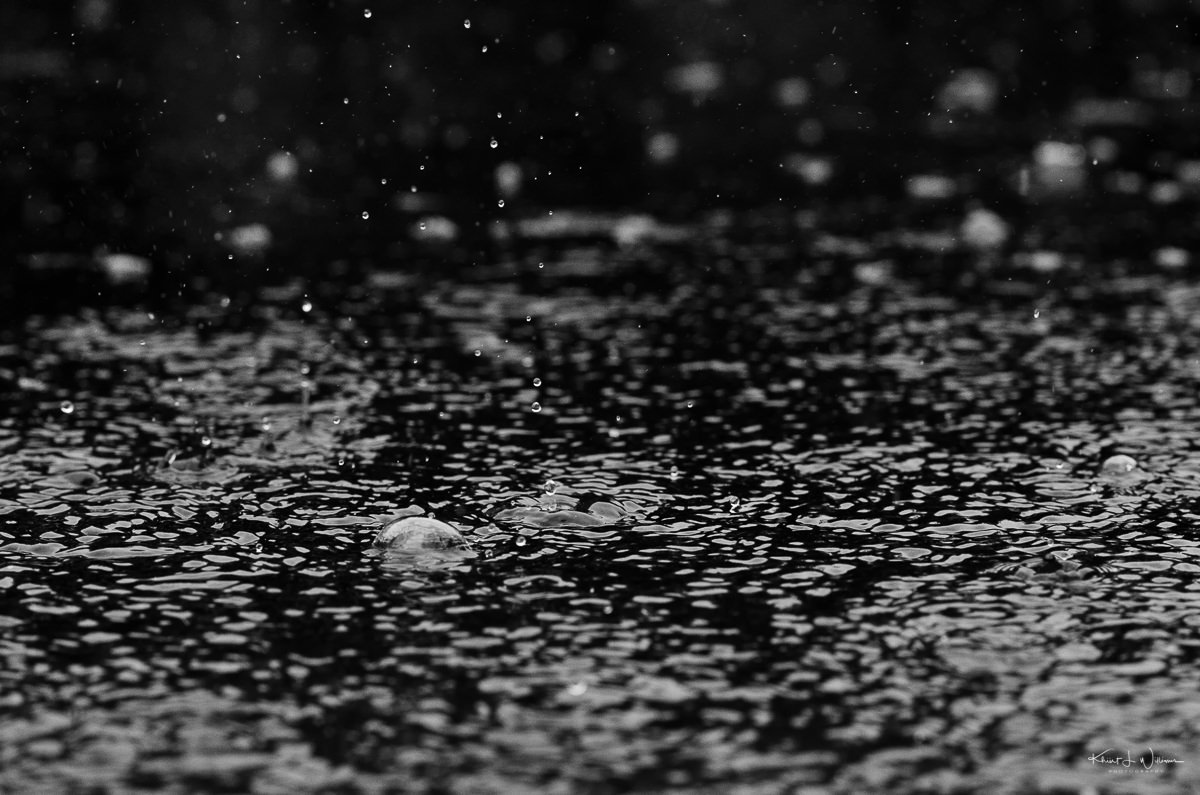