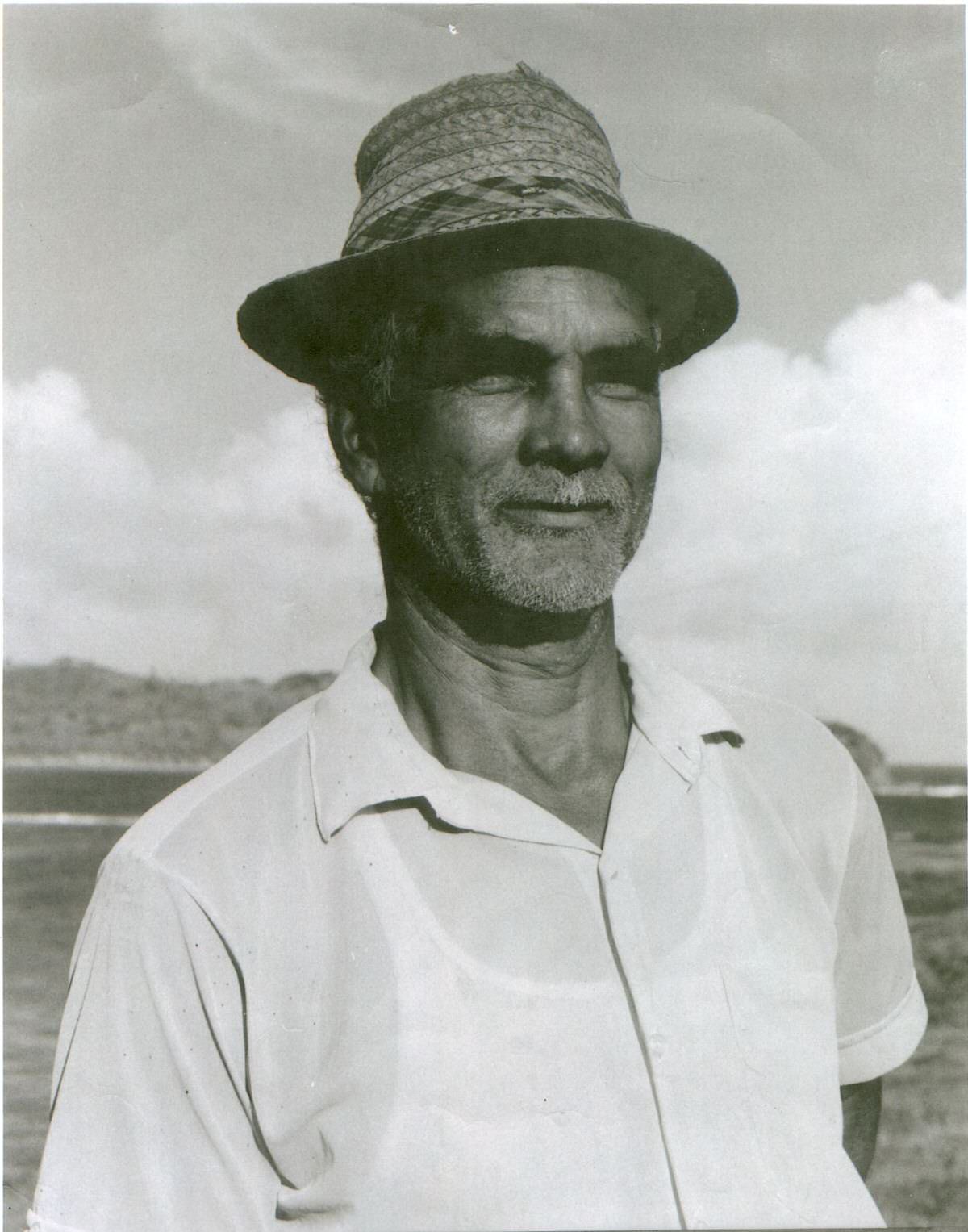 Louis George Ollivierre passed away on October 8, 1988, in his hometown of LaPompe on the island of Bequia, at the age of 73. My maternal grandfather, my "Papa", passed away while attending University in New Jersey. I was in the middle of mid-exams at the term, and I remember regretting that I would not be able to participate in his funeral. Today would have been his 102nd birthday. To pay tribute to my grandfather and her father, my mother and I collaborated on the following article.

My maternal grandfather Louis George Ollivierre was born in November of 1914 in the Charlotte section of the island of Bequia in the Grenadines. When my grandfather was born, his father, Harold, was 33 and his mother, Heley, was 35. I guess he got a late state with family just like I did. He had one son and four daughters with my grandmother, Mary Marguerite Ollivierre (né McClaren). 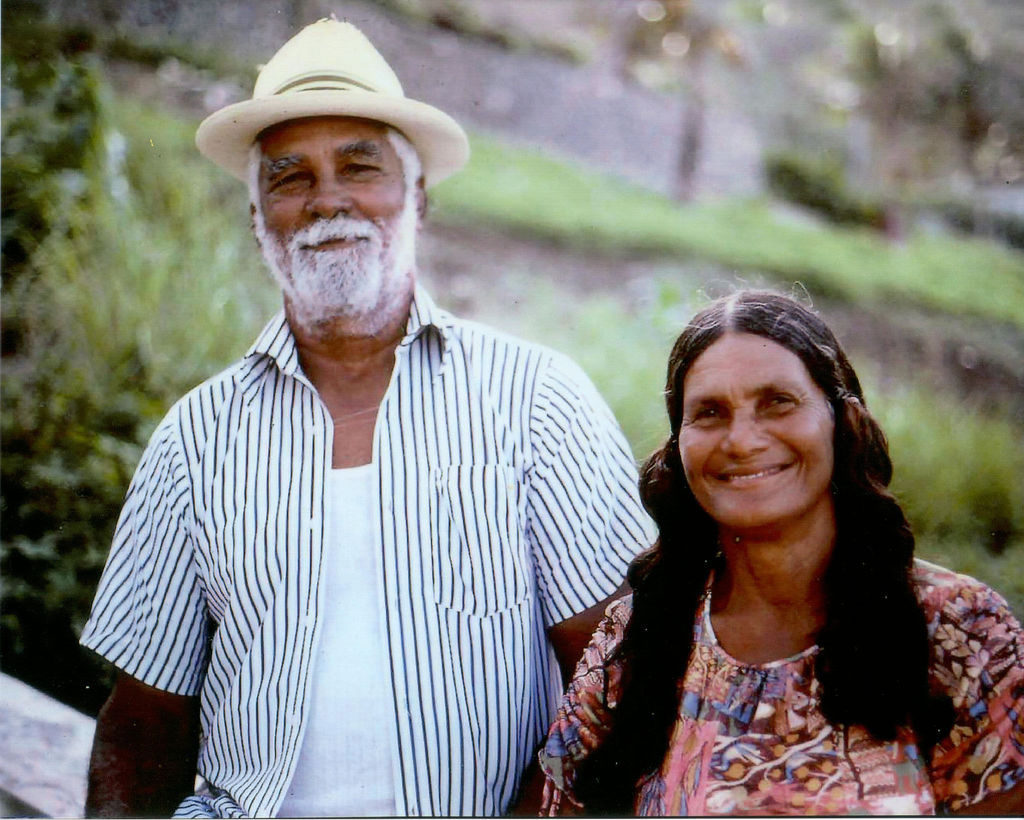 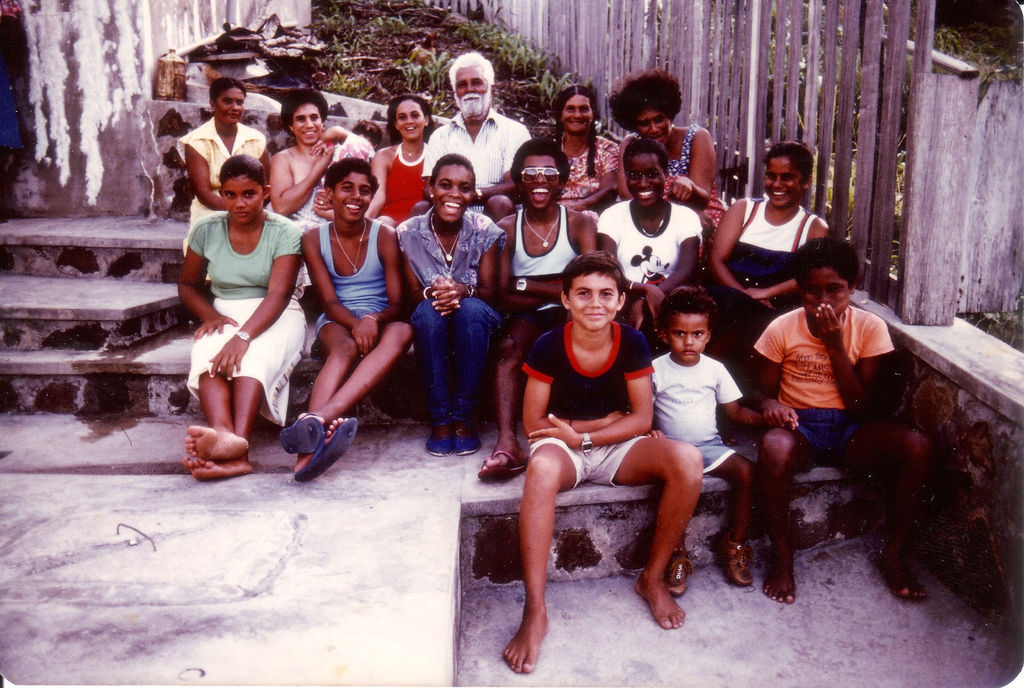 My maternal grandparents with their daughters (back row) and some of their grandchildren (including me).

My mother's younger sister and daughter and I share a birth month with my Papa1. My grandfather's first name is also one of my middle names. I guess my mother loved her dad.

My great-grandfather, Harold Ollivierre, owned sheep farms on upper Monkey Hill. As a help to the family, my grandfather learned to be an accurate gun range shooter to scare off the roaming dogs when they went after the sheep.

When a whale was caught and butchered on Petit Nevis, my grandfather was responsible for distributing the whale meat. But he was not too keen on whaling. 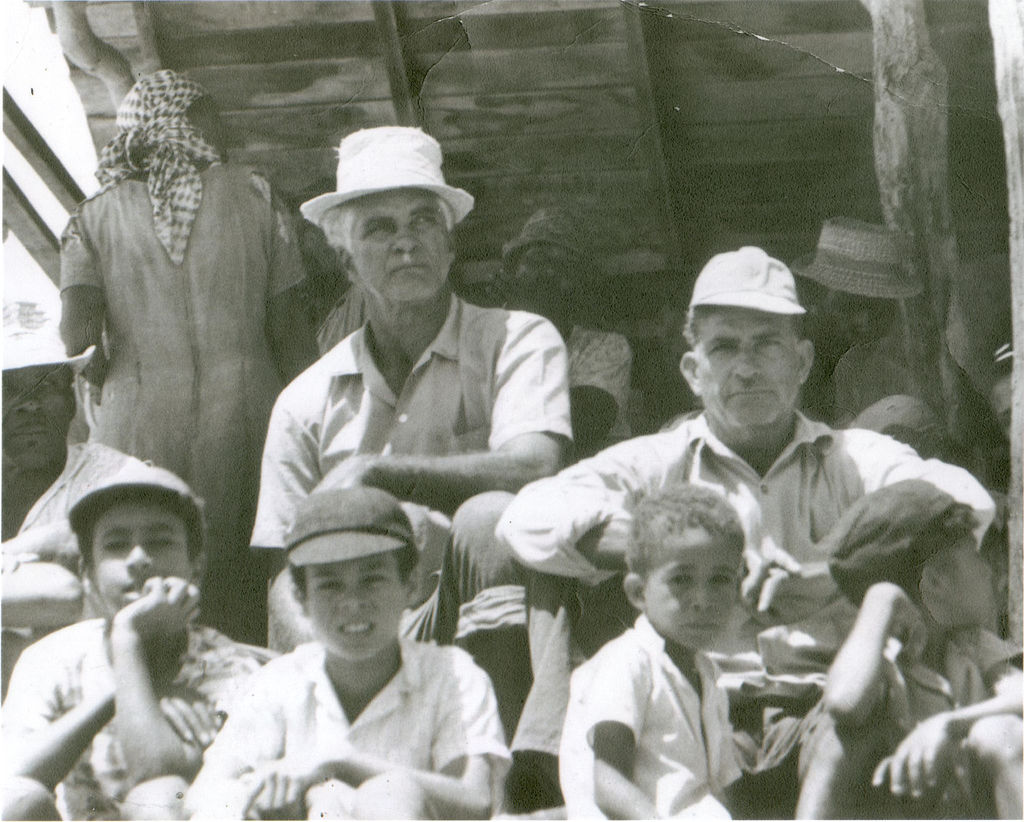 My maternal grandfather, Louis George Ollivierre (let) sitting with his brother and whaling legend, Athneal Ollivierre on the whaling quay at Petit Nevis.

Papa was a respected and talented entrepreneur who owned rental properties on mainland St. Vincent. From what my mother tells me, up until his passing ran a turtle shell trading business with Japan. Papa owned several boats, including Prodigal, which he built to import items to Bequia for sale and Sea Queen which he used for trading lobster and conch.

While his grandkids called him Papa affectionately, the villagers called him Uncle Louis. According to my mum, Papa sold Sea Queen and settled down from sailing the open sea and set up one of the few local watering holes in La Pompe, a wooden blue rum shop2, which he only called Uncle Louis' Rum Shop. He built the store near the main road along the lower coast of the island.

Papa was proud to say he attended the Perry School in the Port Elizabeth Church. Circa 1910, Old Mr Perry conducted a Primary School in half of the downstairs during the week, and on Sabbaths, the Seventh-day Adventists held their Sabbath School and church services there.

My grandfather's seafaring took him and his brother Barton, who owned fishing seines3, to Carriacou and Petit Martinique. At times, he always tried to help people in community work whenever asked. Papa was a money lender on the island, but he always sought to give back to the community. In the sixties, he offered his carpentry skills free of charge to help build houses. 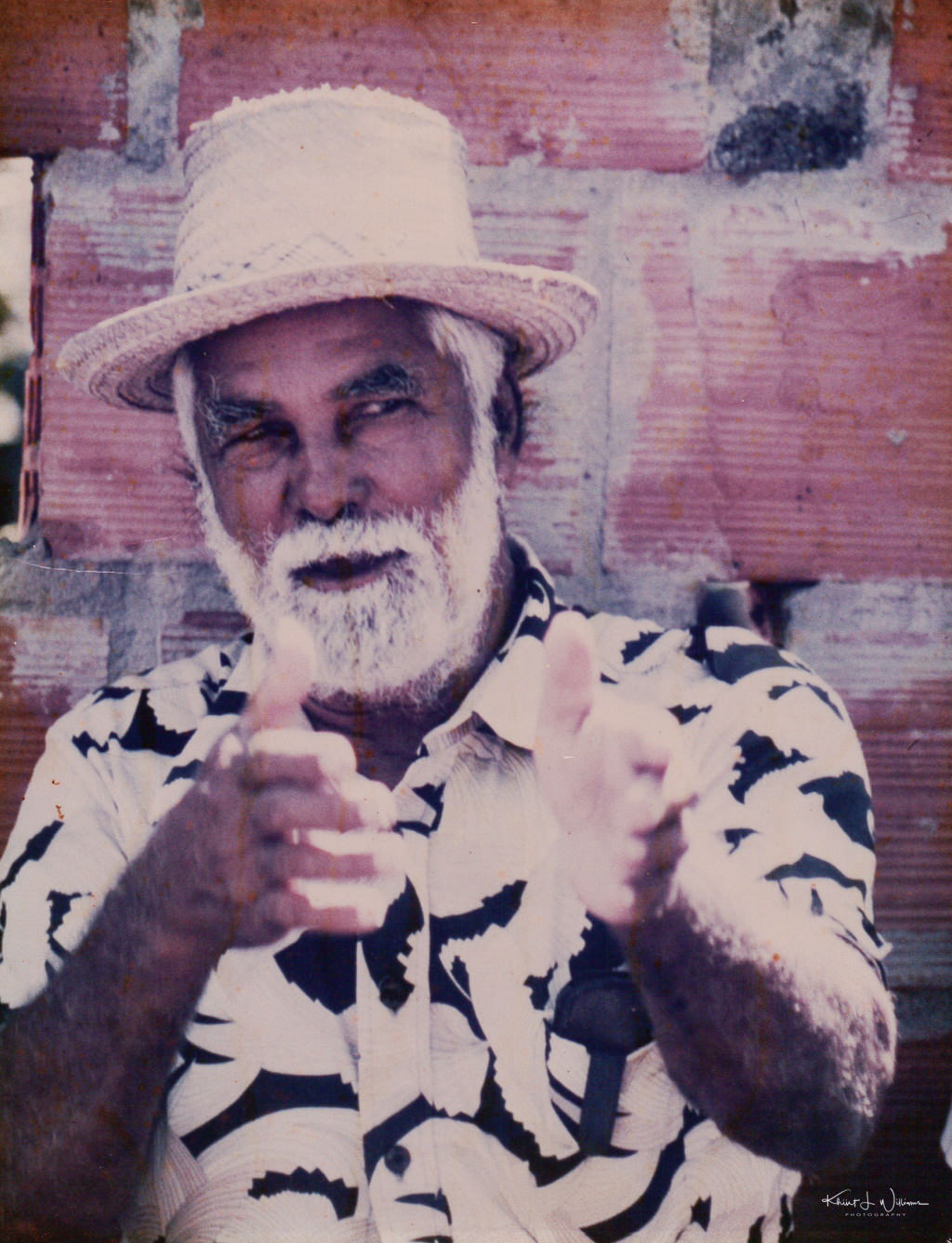 His favourite spot was on the porch, where he could see the ocean and chat with passersby. 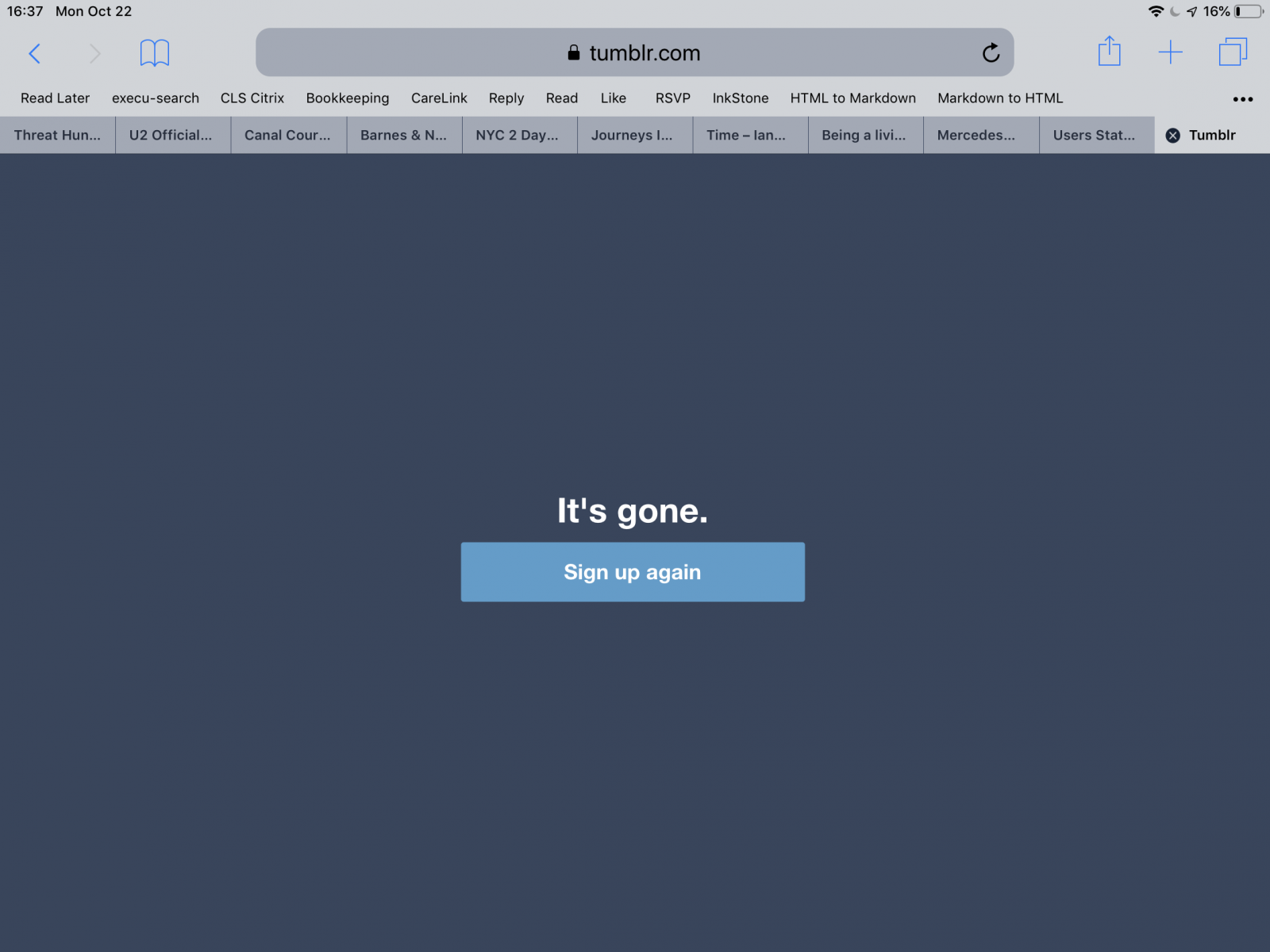 Blogs in the social media age