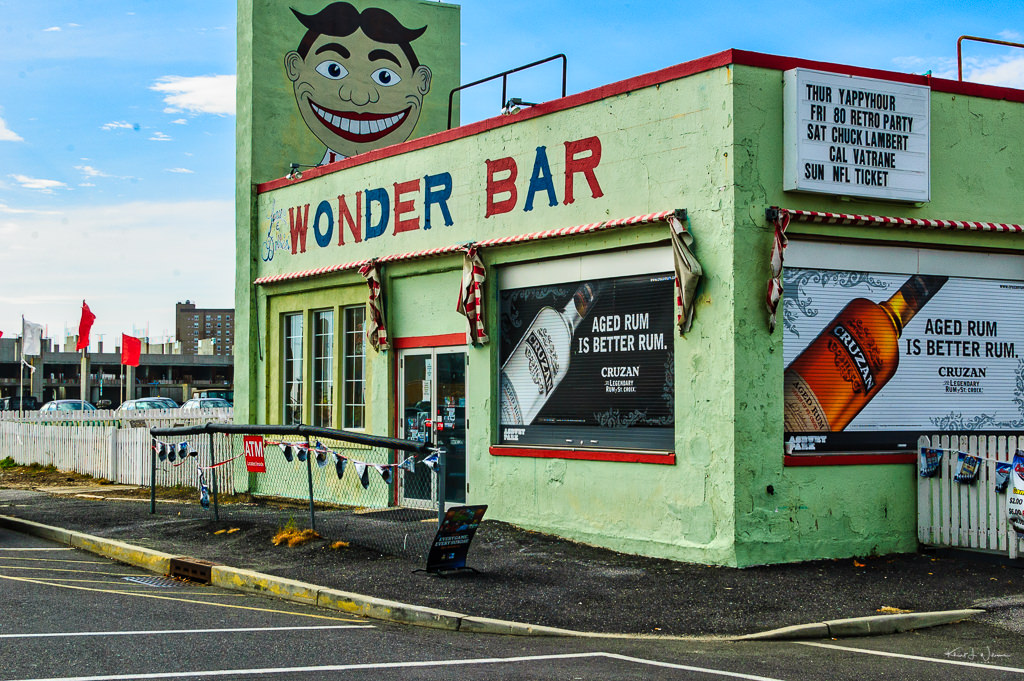 Outsourced is an NJ-based band covering a broad range of the 1980s and 1990s pop and rock songs. Bhavna’s brother-in-law attended Rutgers University with all of the band members, all of whom are doctors. We first heard them play when one of Bhavna’s co-workers, a doctor and whose husband (who isn’t a doctor) also went to school with my brother-in-law’s friends, invited us to hear her perform with the band. She had been practising singing with them for a few months. The doctors are super busy, so the group only perform a few times a year.

The band drew a sizable audience filling the tavern that night. They played many popular songs from the ’80s and ’90s, including many of my favourites (U2, Duran Duran, Men at Work, The Police). We had a great time, but Bhavna and I realized that we listened to different things on the radio in the ’80s. She was very much into American pop, and I listened to (mostly) a mixture of British and European pop, American rock and roll, and of course reggae and soca. That is to be expected. She grew up in New Jersey, and I grew up in the British West Indies.

Bhavna and I also realized that we associated these songs with different moments and places in time. For many songs, I can recall the island where we lived when I first heard the song and the general time of year of some memorable event associated with the song. Bhavna doesn't think she has memories associated with songs, but I think she does.

My brother-in-law hosted a Super Bowl party this year, and we had a chance to talk with the singer for the band about how he chose the music for gigs and his favourite 80’s music. Bhavna was particularly interested in the playlist of 1980s music he had created on Spotify. He sent me a link with the list. As we are Apple Music users over the last two months, I have recreated her brother-in-law's playlist but added my personal favourite hits and made sure to include entries from Bhavna’s favourites.

Our 1980s Radio Favourites, a personal playlist on Apple Music, is a combination of our favourites.

NOTE: Martin McCallion's recent post prompted me to write this one.