As we approach the New Year, I thought about what could be new, which led me to what we call New Year’s Eve and New Year’s Day in Dutch: Oud en Nieuw; literally, this translates to ‘Old and New’. So, I thought that it might be interesting to take something Old and give it a new treatment.

Blame it on the cold weather.

When I woke up Saturday morning there was a light snowfall with little or no snow accumulation. I had promised my wife I would take here RDX to the local service centre for an oil change. After breakfast, I drove it over to the local service centre. I had planned to leave the vehicle and ask for a ride back to my home. But when I arrived at the service centre at around 9 AM, it was busy. The waiting area was full and the person taking down my information suggested it would be a few hours before the car was ready. It would take me about 30 minutes to walk home so that’s what I decided to do. 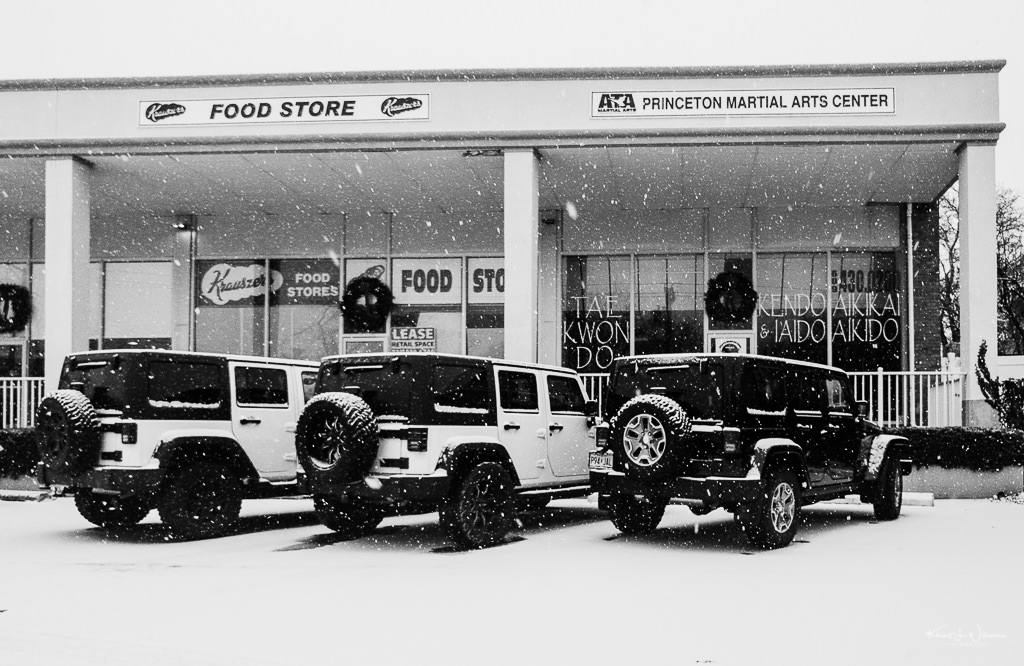 It was snowing as I walked. I decided that I could use this walk as an opportunity to complete this week’s photo challenge. I was sure I would pass many quotidian objects, some of which might be made more interesting with a cover of fresh snow.

My Nikon is broken1 but I had my everyday — quotidian — camera. The camera I always have with me. You know what they say about that. So, yes, walking home in the cold, using my quotidian camera, to snap photos of the quotidian. 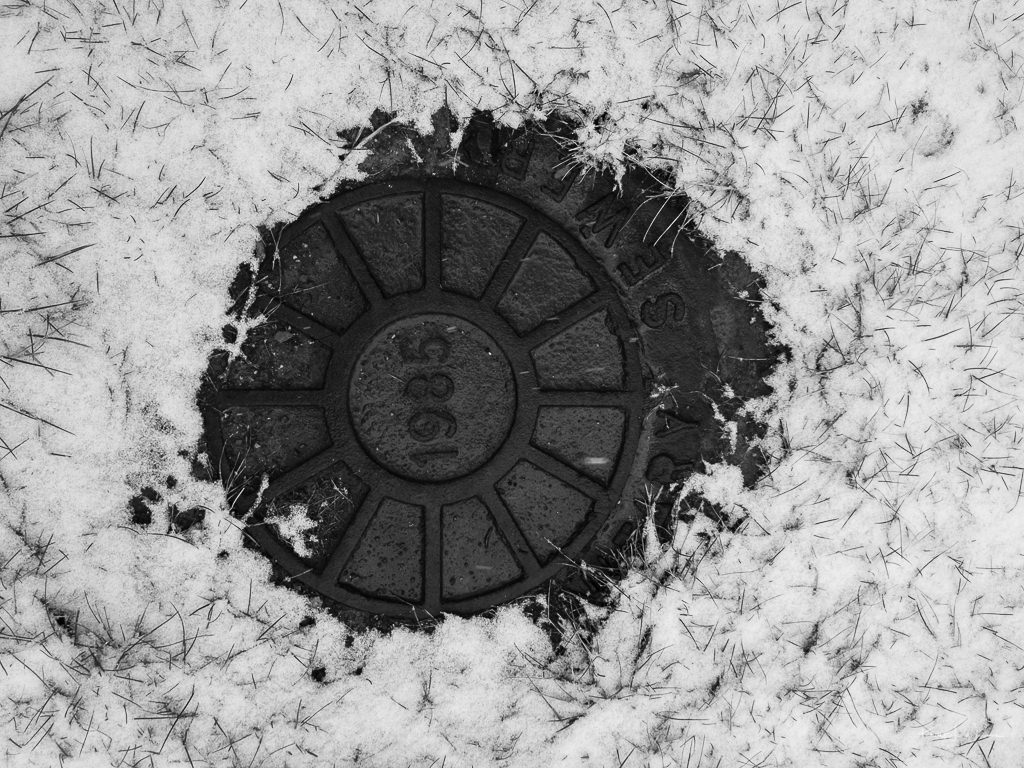 I stopped a number of times to take photos of pine cones, footprints — mine and one other — on the sidewalk, fire hydrants, etc. Whatever I encountered. My hands started to get cold. I reach into my coat pocket for my gloves. Not there. I had left them in the car. I thought that I would be ok but as I walked along, my hands started to burn; frostbitten. But still, I kept taking photos.

I sometimes wonder if because Silicon Valley is located in California, the engineers can’t identify with use cases in other environments. When I think about how challenging it is to use a touch-only device in the winter, I wonder if any of these engineers know what it is like to be out in sub-zero weather.

Winter is the time of gloves and coats and layers. The type of gloves that provide insulation and warmth from winter air can’t be used to operate a touchscreen. The user must expose at least one hand to the biting winter air and use one cold finger to unlock the device to operate a software-based camera.

Pay attention to the Apple or Google ads. Almost all of them are filmed in situations where the weather is like spring or summer.

Most rechargeable batteries are powered by lithium-ion batteries, which don’t perform well when it’s cold outside. According to my research, batteries are like humans in that they operate best at room temperature. Performance drops along with temperatures, and most batteries stop functioning at minus 4 degrees.

According to Apple, iPhones and other iOS devices such as iPads operate most efficiently when the ambient temperature is between 0ºC (32ºF) and 32ºC (95ºF). While Cupertino temperatures or Silicon Valley in general, may never exceed this range, it is well within the realm of possibility for New Jersey.

The battery meter is calibrated assuming warmer temperatures, the reduced capacity in the cold can cause the battery to be unreliable. This is one of the reasons your phone may die while still showing 30%.

When the temperature falls below freezing — the way it has been all week in New Jersey — even charged phones can power off without warning. 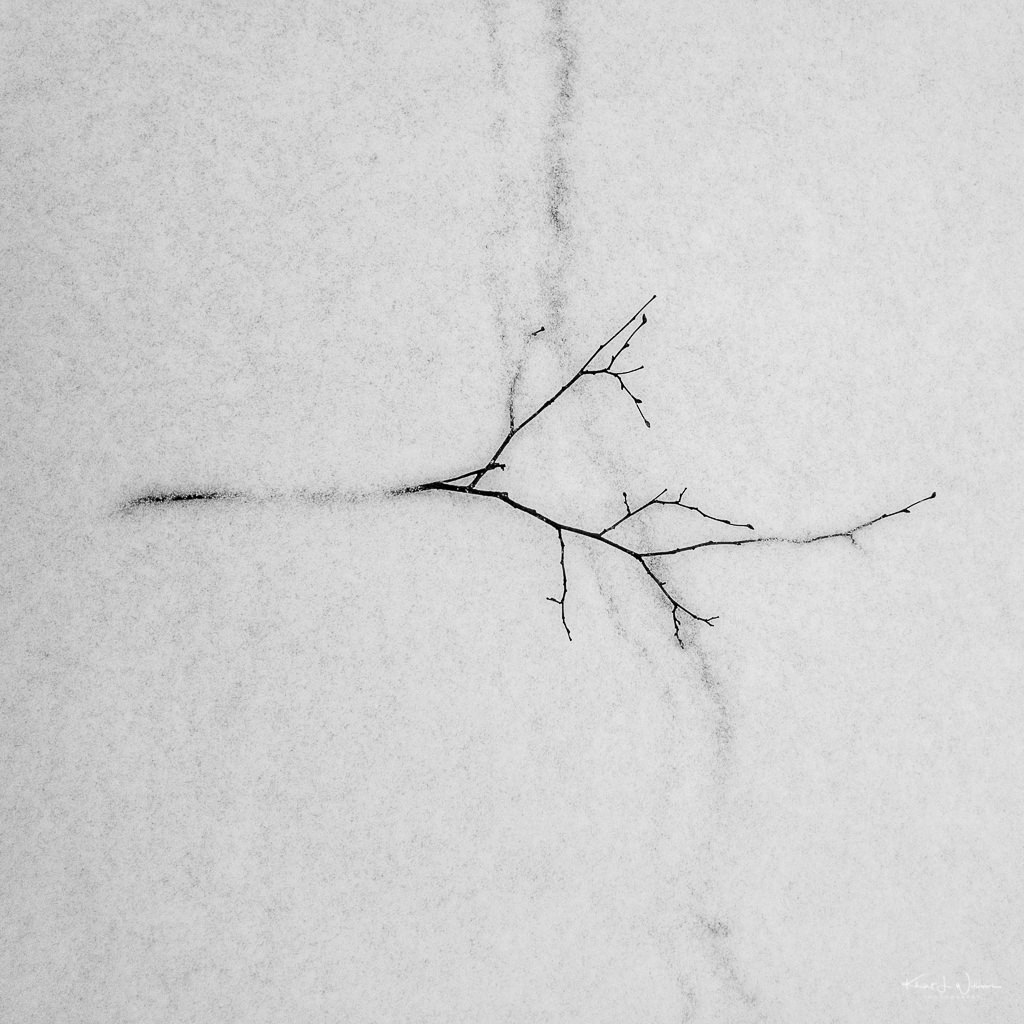 It was -7ºC when I started my walk home. I was using the camera in my cold ungloved hands to take photos for the weekly challenge. My battery was at 92% when I started walking. My iPhone unexpectedly shut down twenty minutes into my 30-minute walk. Trying to power it back on was futile. I had managed to snap about a dozen images. Those would have to do.

I walked the remaining distance to my home in silence. Pondering about the shoe print in the snow. Next to those shoe prints were paw prints. Someone walking a dog?

The shape of the shoe print, narrow and tapered at the top, makes me think it was a woman’s fashion shoe. I wondered why a woman would go out to walk her dog in the snow in fashion shoes. It seems impractical and potentially dangerous. I saw signs that she may have slipped a few times. 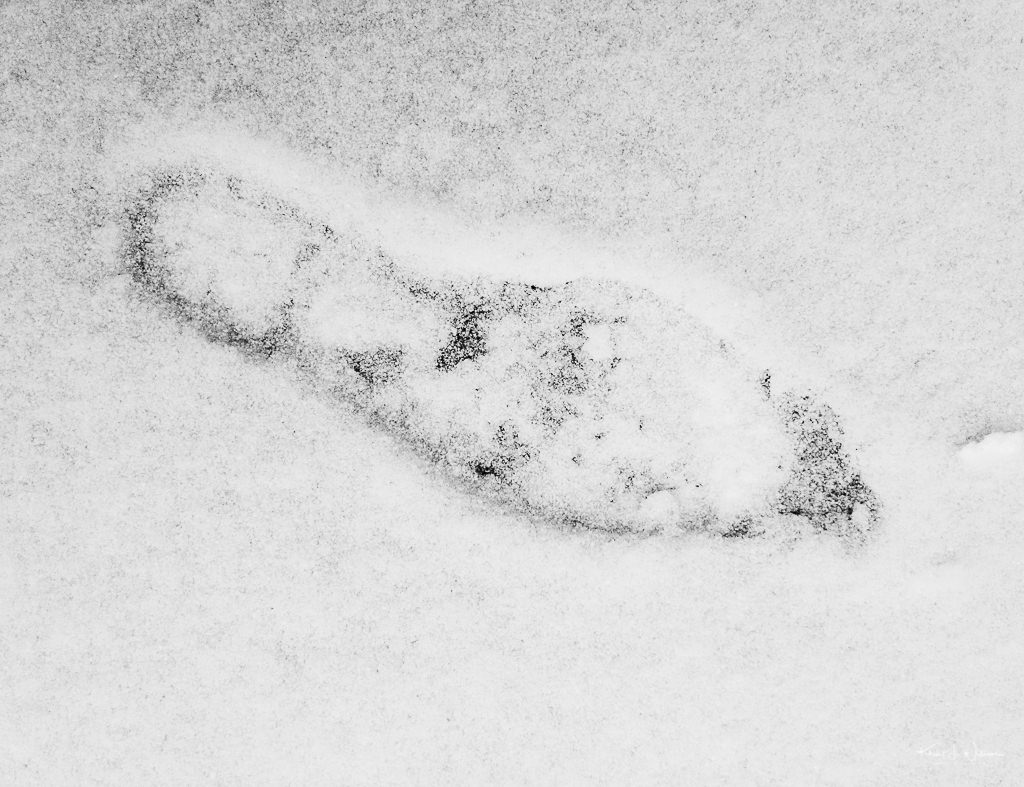 I pondered other things.

I often see this Apple Watch commercial which shows a man jogging through a park in what appears to be excellent weather, using Siri to update his appointments. Have Apple tested Siri on a subway platform or a busy Manhattan or Boston or Philly street. Ambient noise levels are high, Siri doesn’t do well. 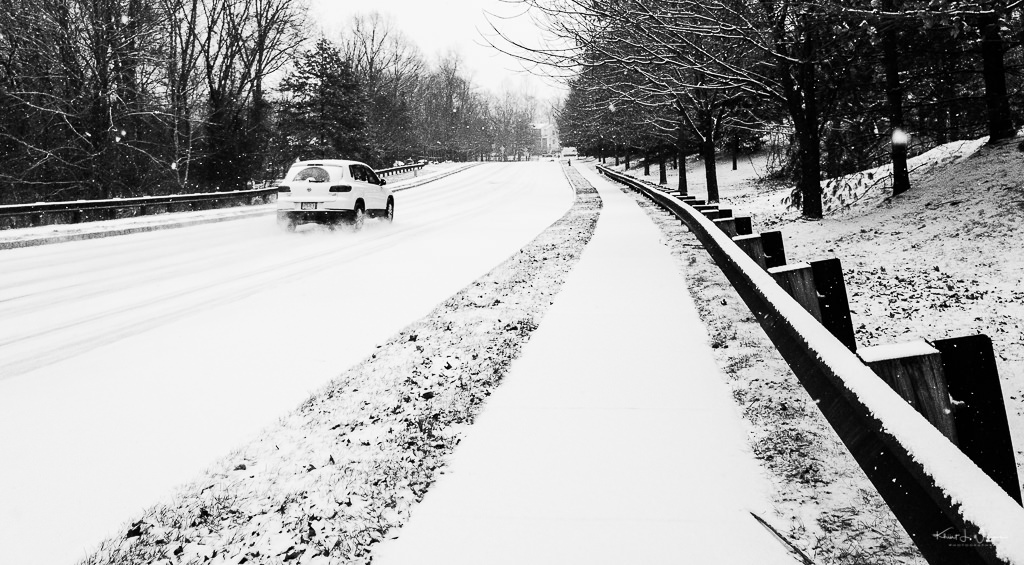 Yes, I know it’s early stages of this stuff and that it will get better. That one day, Siri will be quotidian software. 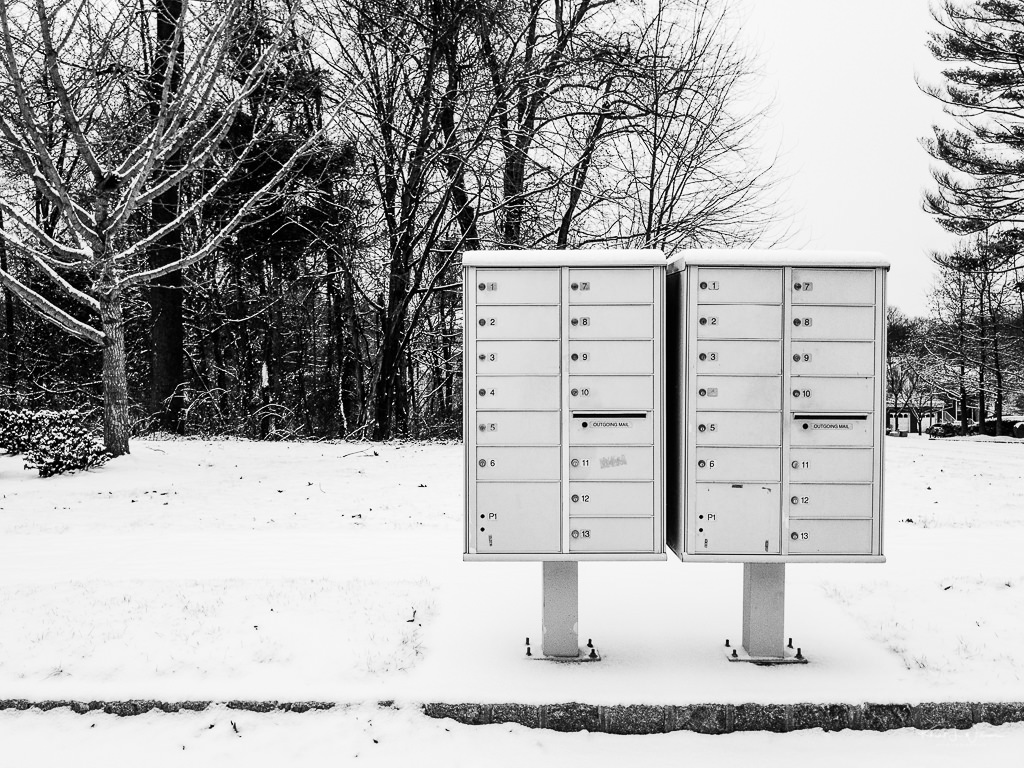 Today (Sunday) I repeated the experience. My Honda also needed an oil change. I dropped my car off at the service centre and walked back home. The outdoor temperature this morning is -16ºC. I didn’t use the camera. 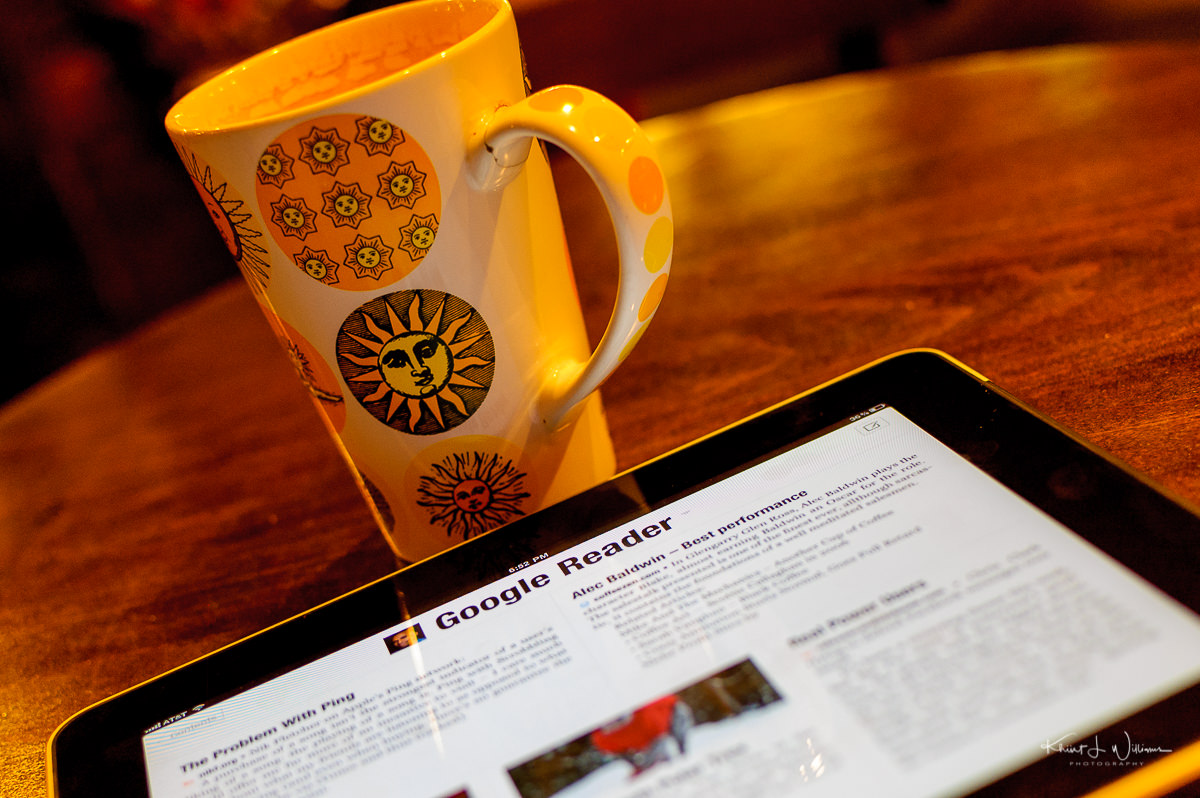 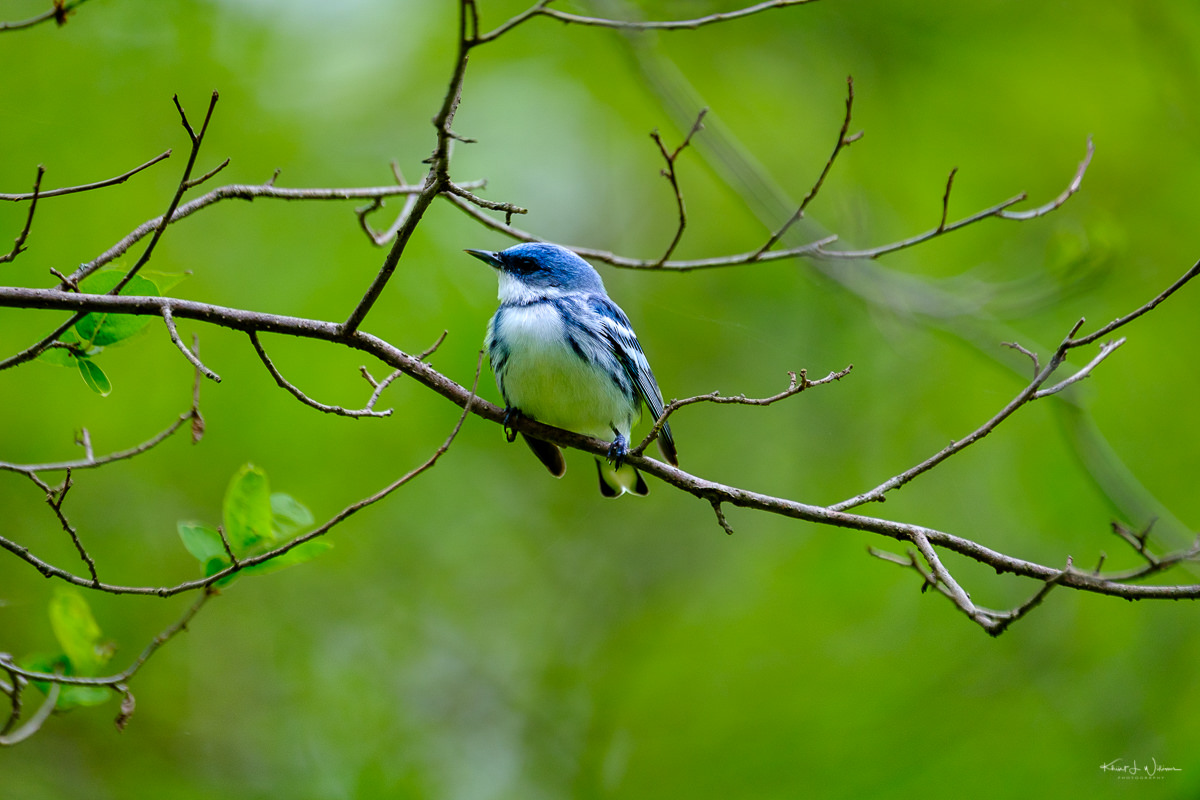 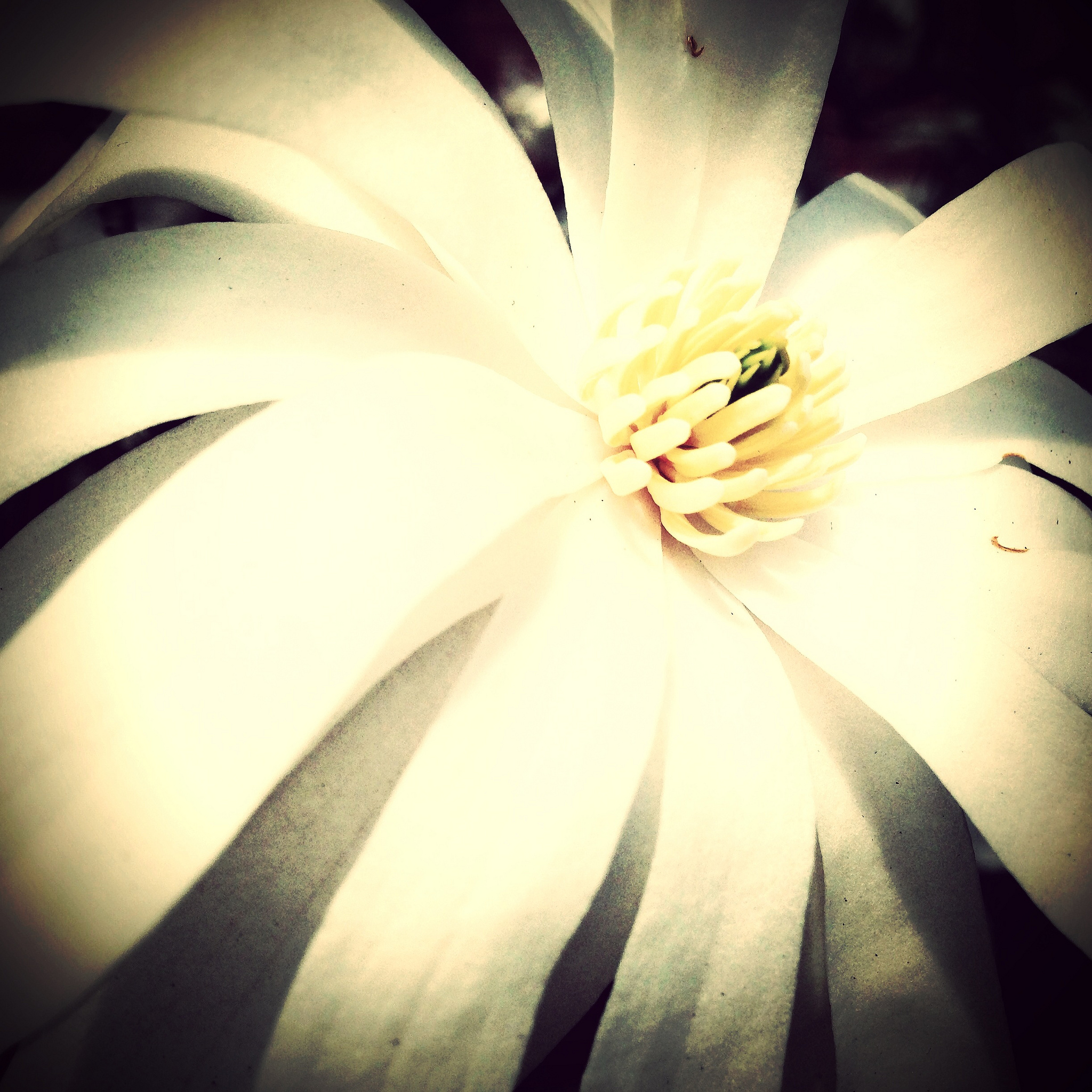