Before the pandemic, Bhavna and I often drove out of town, at least once a month, to new breweries in New Jersey and Pennsylvania. When the restrictions was lifted I was keen to visit Odd Bird Brewing in Stockton which opened in late January 2020; just before the pandemic lockdown. Odd Bird Brewing is less than a 40 minute drive from our home. Stockton is a very small town in Hunterdon County, New Jersey across the Delaware River from New Hope, Pennsylvania. Parking can be often challenging to find but we were lucky enough to find parking just outside the brewery entrance. 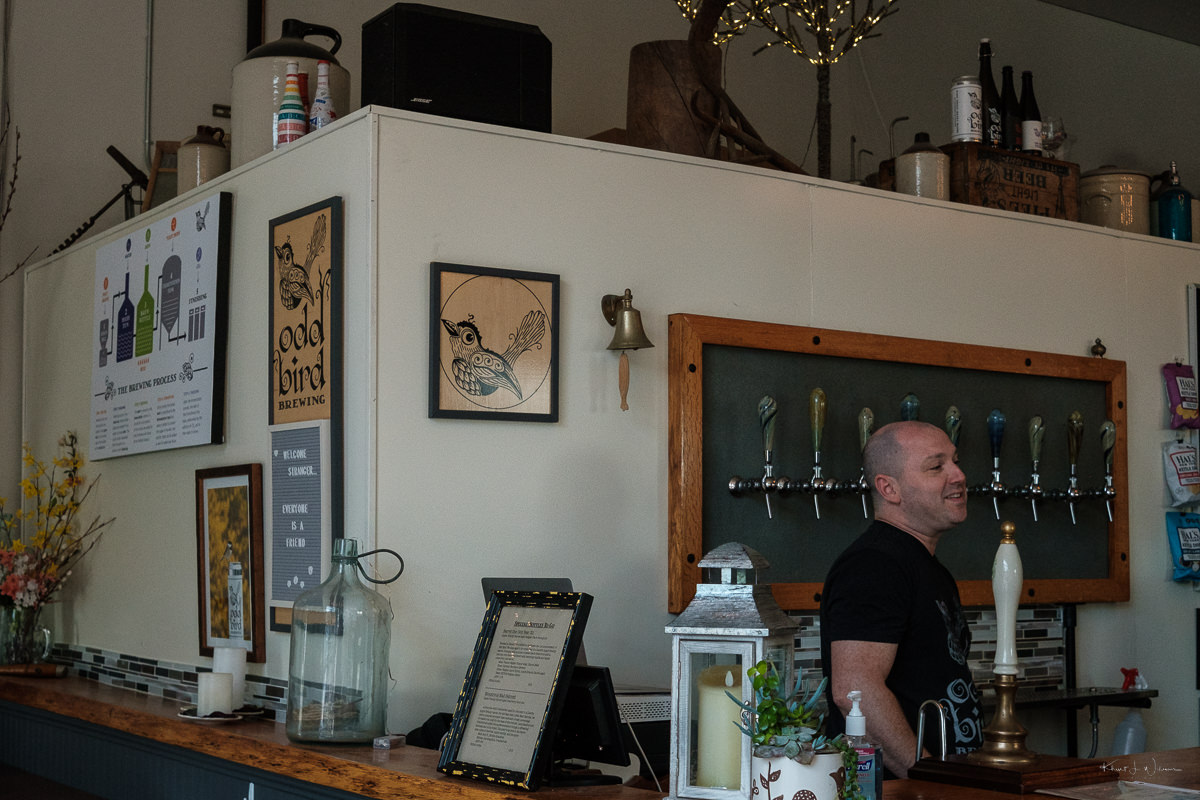 Owners and brewers Adam Juncosa and Karen Malzone designed the tap room, which, while not large, is large for a community the size of Stockton. According to the brewery website:

All of the tables, bar and frames are from a single Red Oak tree, constructed and finished by us. The Hand Pulled Beer Engine was originally from a 1970s John Smith Pub in the UK and reconditioned for use over the last few years.

Adam and Karen are weirdos just like Bhavna and I, hence the name of the brewery. 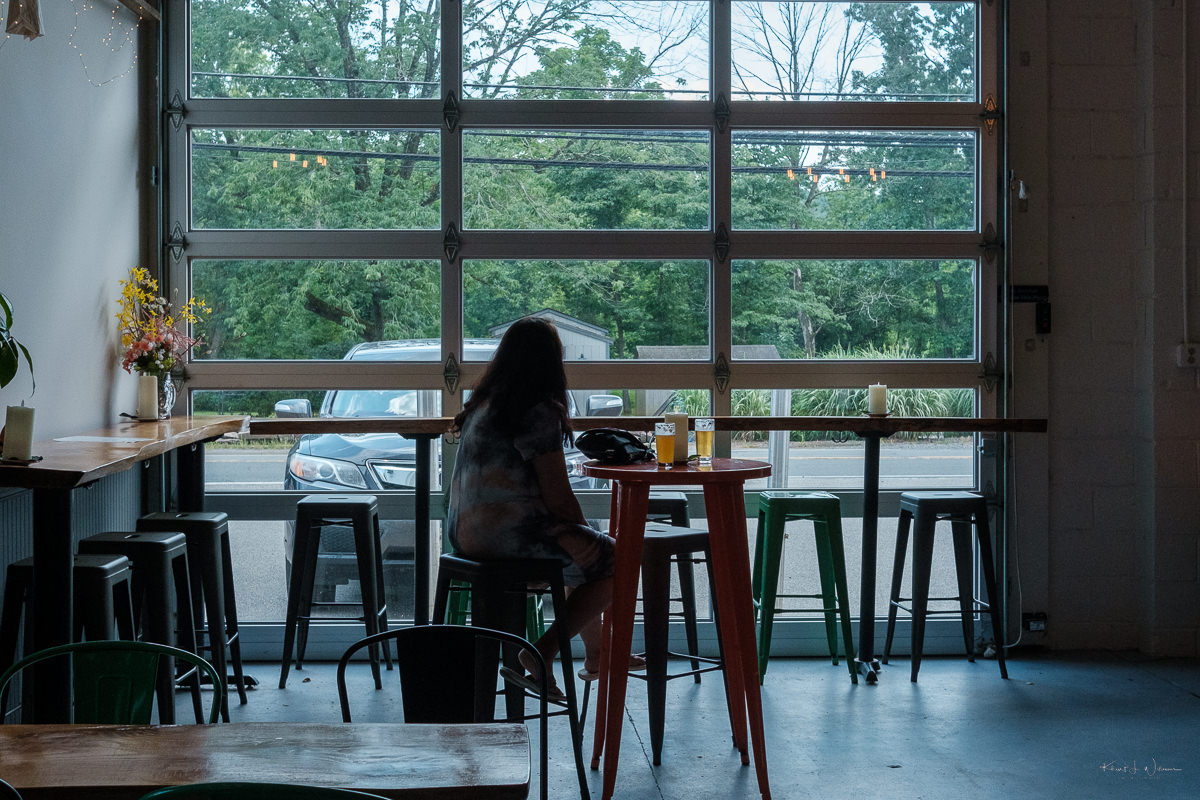 Talking with Karen and Adam, it seems they prefer traditional European styles like Kölsch and smoked helles lager, from Germany, and bitters and oatmeal stouts the likes of which are popular in England. Too many breweries in New Jersey focus on more popular styles like the IPA, especially the hazy or New England IPA. At some breweries half the ales on tap are IPA. 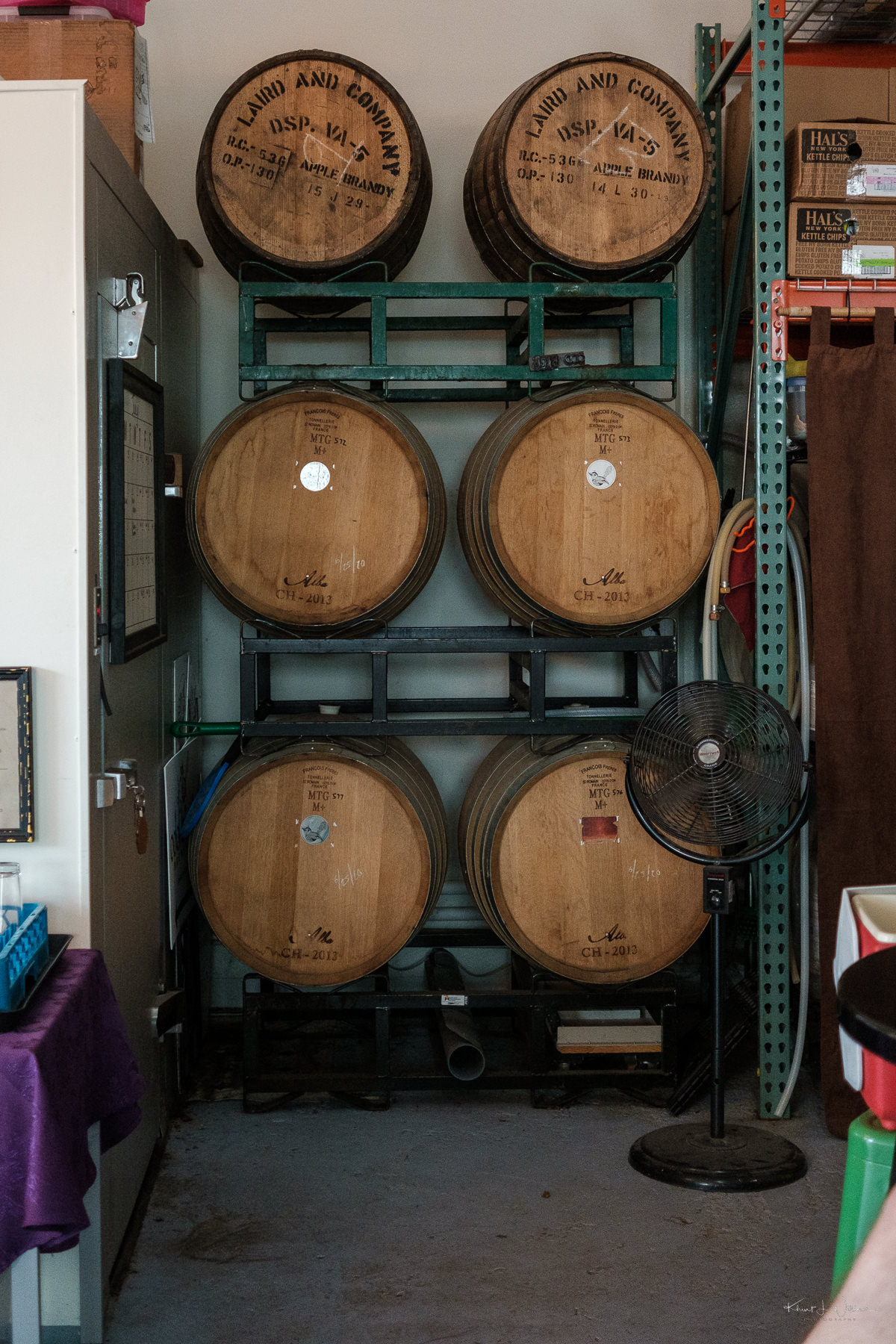 Over the last several years, many breweries have increased the alcohol content by volume (ABV) of many of their beer to over 8%. I think this ruins the brewery experience. I want to sit and have a few pints with Bhavna or friends. Like Flounder Brewing, Odd Bird has bucked the trend by offering many beers in the 4 to 6% ABV range. Adam says that while Catbird IPA is the brewery’s best-selling brew overall, the lower-ABV beers more than hold their own in terms of popularity. Odd Bird’s offerings are a welcome change. 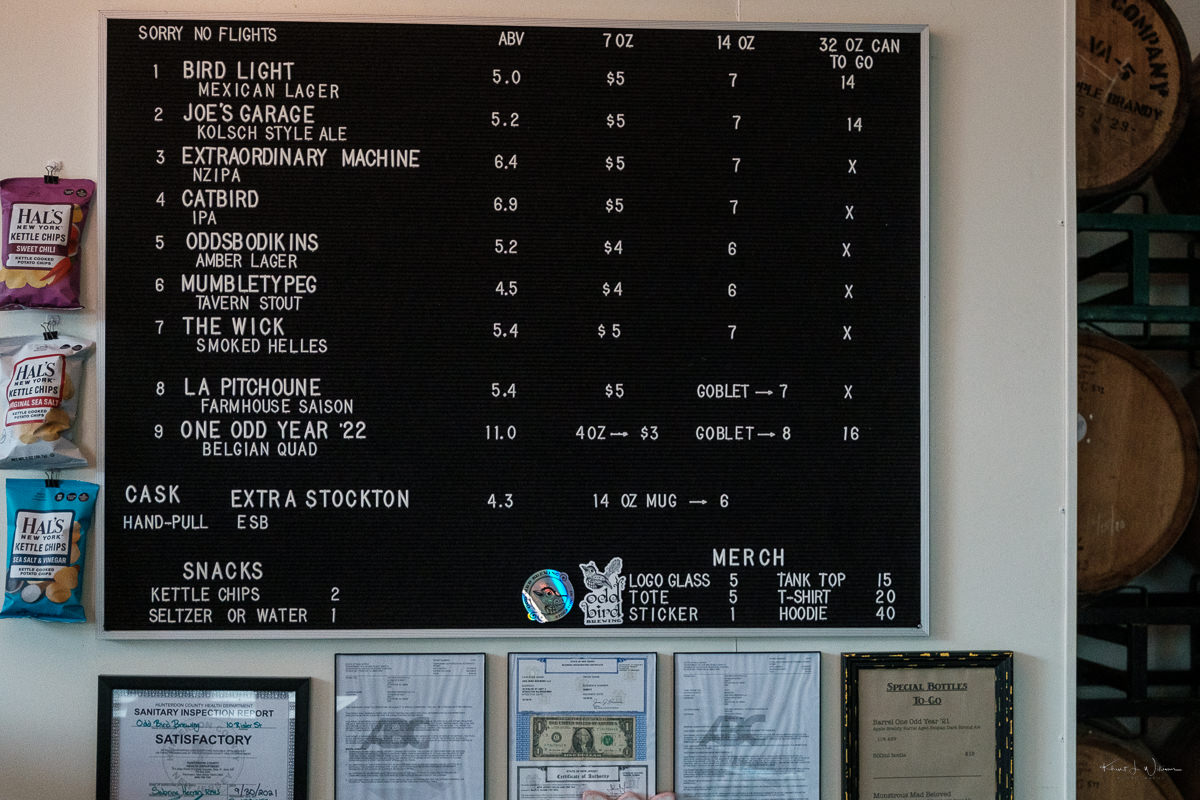 We started out our tour of the fancifully named beers with Bird Light, a light and refreshing Mexican-Style Pale Lager. Karen suggested I try it with a lime so I did. I think this is an excellent beer for the beach or a BBQ. Bird Light was my favourite. I got a growler to take home. Next up was a Kölsch called Joe's Garage, followed by Extraordinary Machine IPA, an IPA with Nelson Sauvin and Rakau hops. I finished my tour with Extra Stockton Bitter served from the authentic British hand pump. 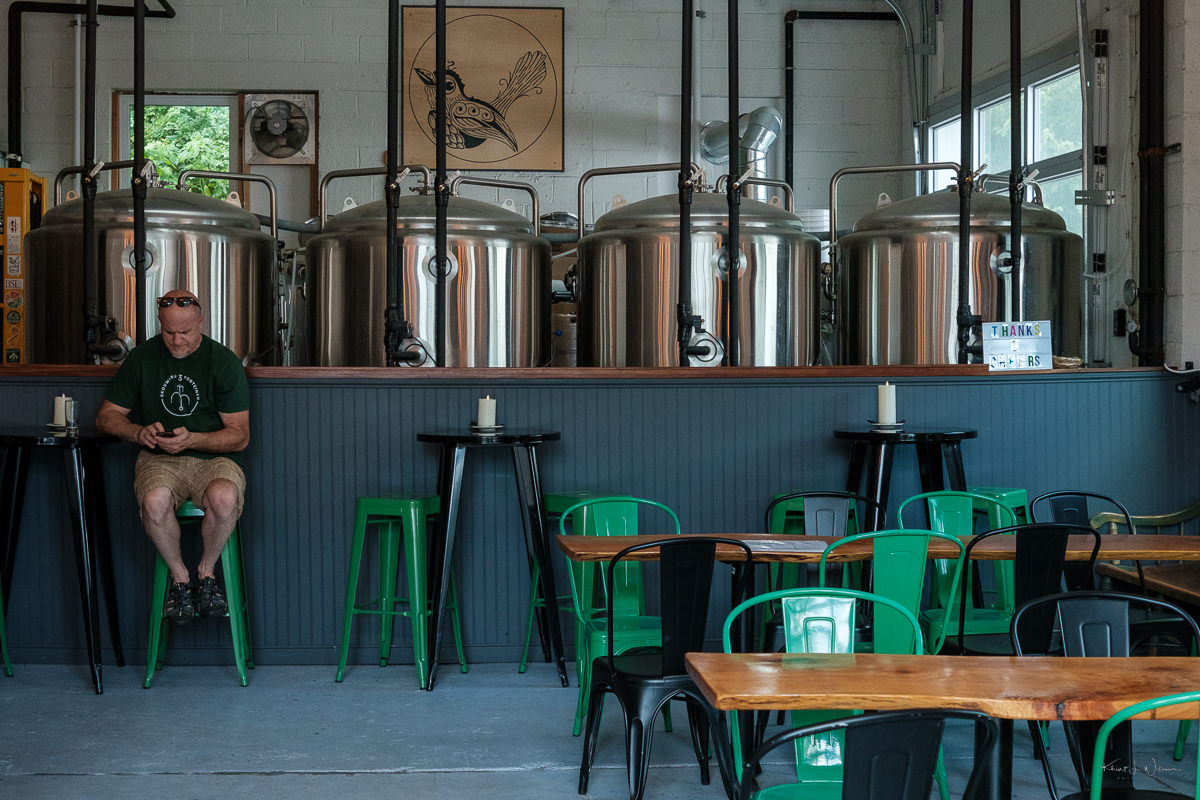 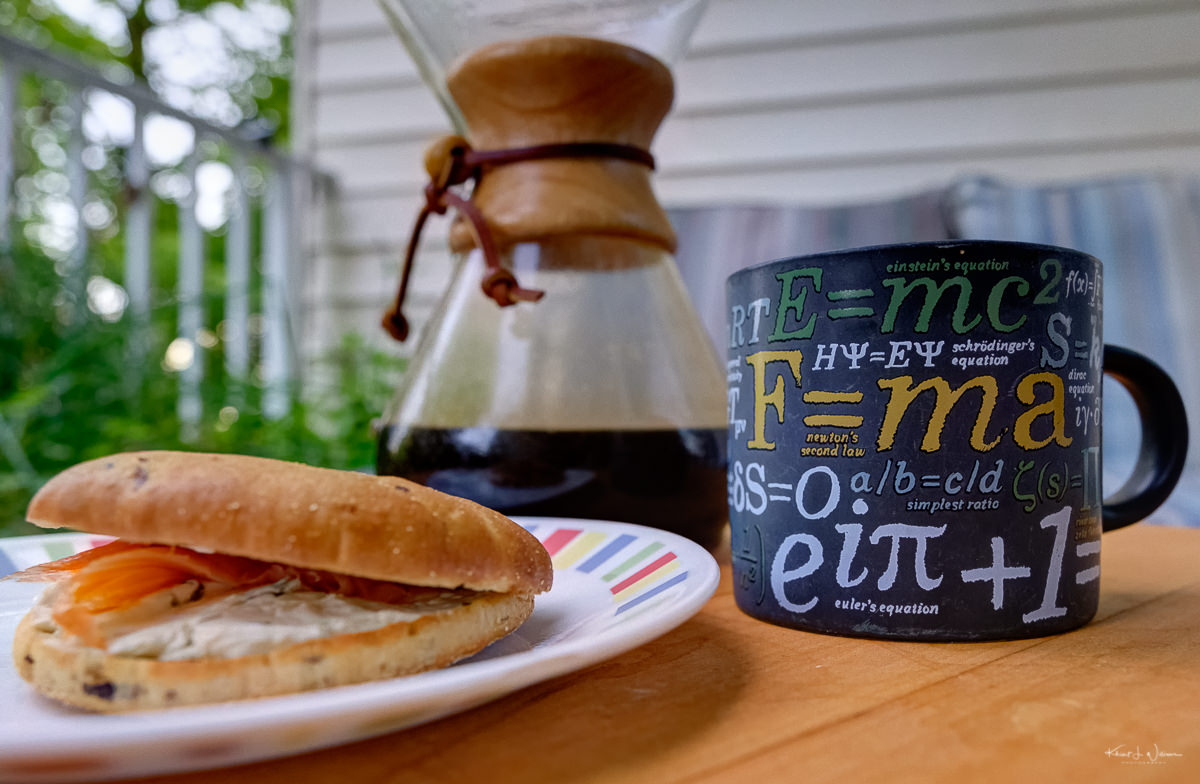 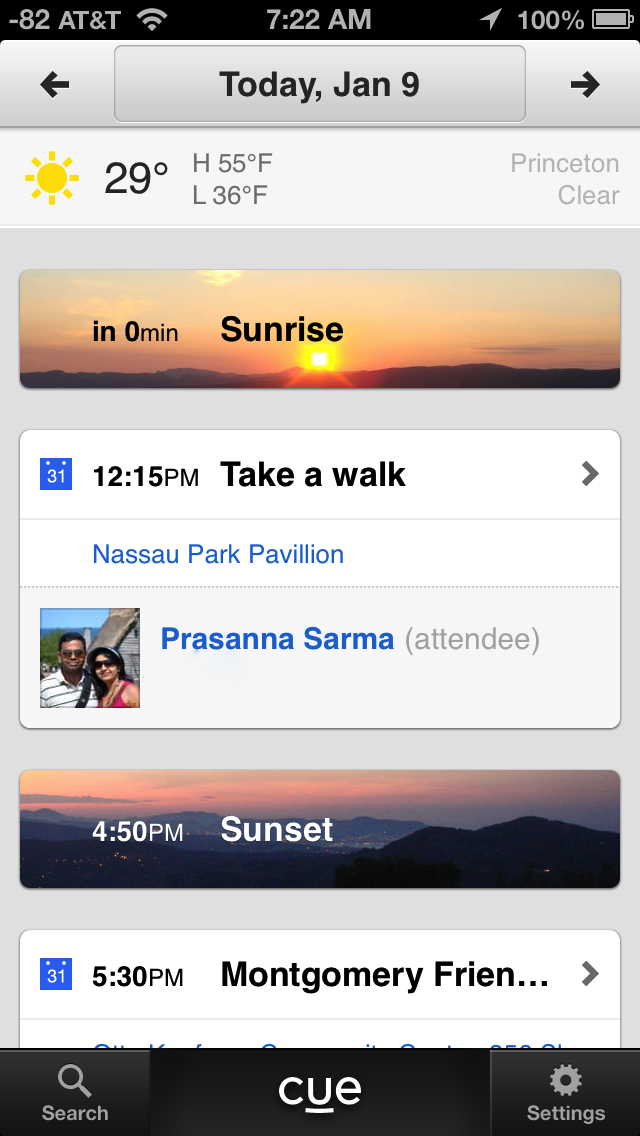 Cue for the day