Lambertville, New Jersey & New Hope, Pennsylvania will again be doing their First Fridays fireworks shows again this summer. I photographed the fireworks last year. At that time, I was down at The Station Inn on the bank of the river, just the near the New Hope-Lambertville Bridge. I did not like the vantage point. I felt that I was too close to the water. I had to tilt my camera straight up and shoot with an extremely wide lens (11mm). The crowd was also not appreciative of a phalanx of photographers blocking the view and a few people yelled at us. Someone threw small pebbles. I got some decent shots but I decided that I must scout for a different location from which to shoot the fireworks. 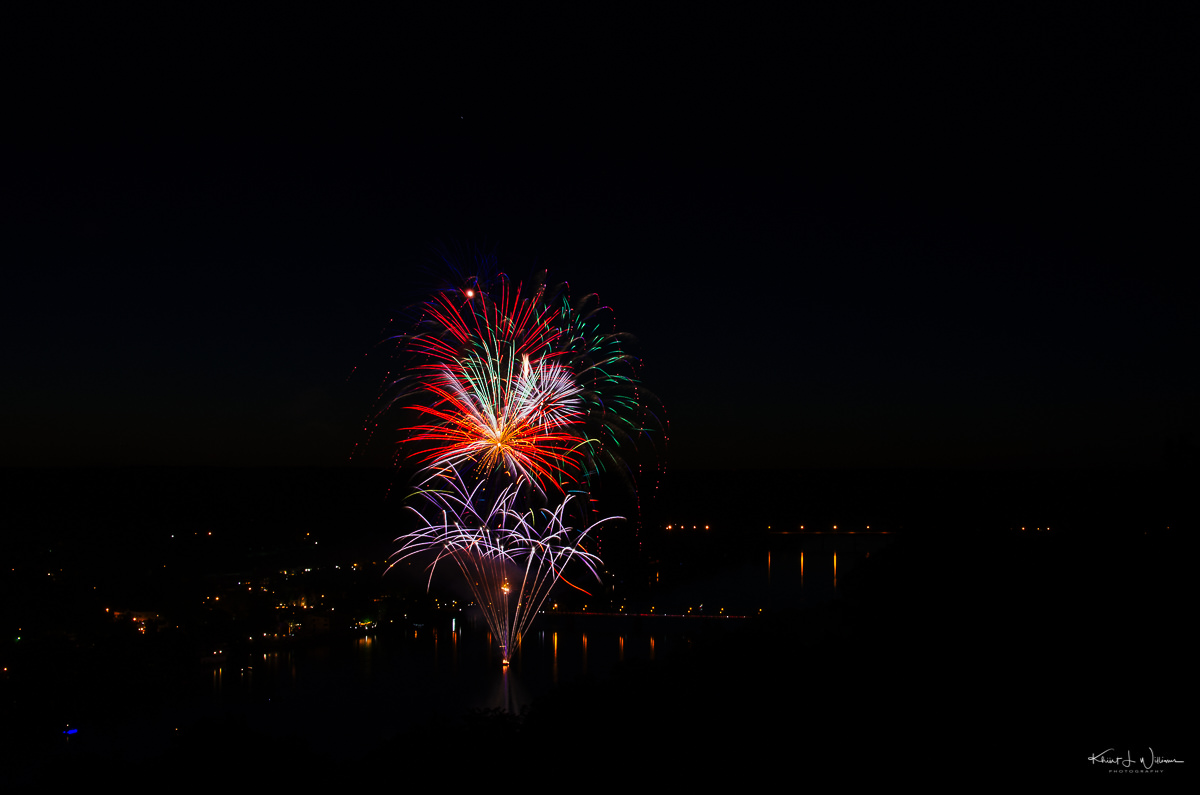 This year, the Photografriends Meetup Group planned a field trip to shoot the fireworks. The location for the shoot was the Goat Hill Overlook in Lambertville. As you can see in the photos above, it has a fantastic view down onto Lambertville and New Hope.

I arrived early (around 7 PM) to make sure I could secure a spot for my tripod and to pre-focus the lens. I think it's challenging to focus on objects in the dark.

The parking area is at the bottom of the hill and there is about a half-mile walk from the parking area to the overlook. The path is not paved but rather covered in stone. I brought my headlamp and flashlight. I could see from the thick tree cover on either side, that the walk back down the hill would be in complete darkness.

Sunset on that day was around 8:40 PM, and we have a good view of the sun setting almost exactly behind New Hope that evening. I experimented a little. Typically I shoot in manual mode, with the lens set to f/16 and the shutter speed of fifteen seconds at ISO 100. I started out with that setting but then tried stopping down to f/18 and f/20 and increasing my exposure times to twenty seconds and thirty seconds.

I think these came out quite well. The longer exposure allowed me to capture more streaks and multiple explosions in one exposure. However, I wish the photos were a bit sharper. I think the streaks are a little soft. I'll have to work on focusing for the next time. Hey, I have the whole summer to practice on this.