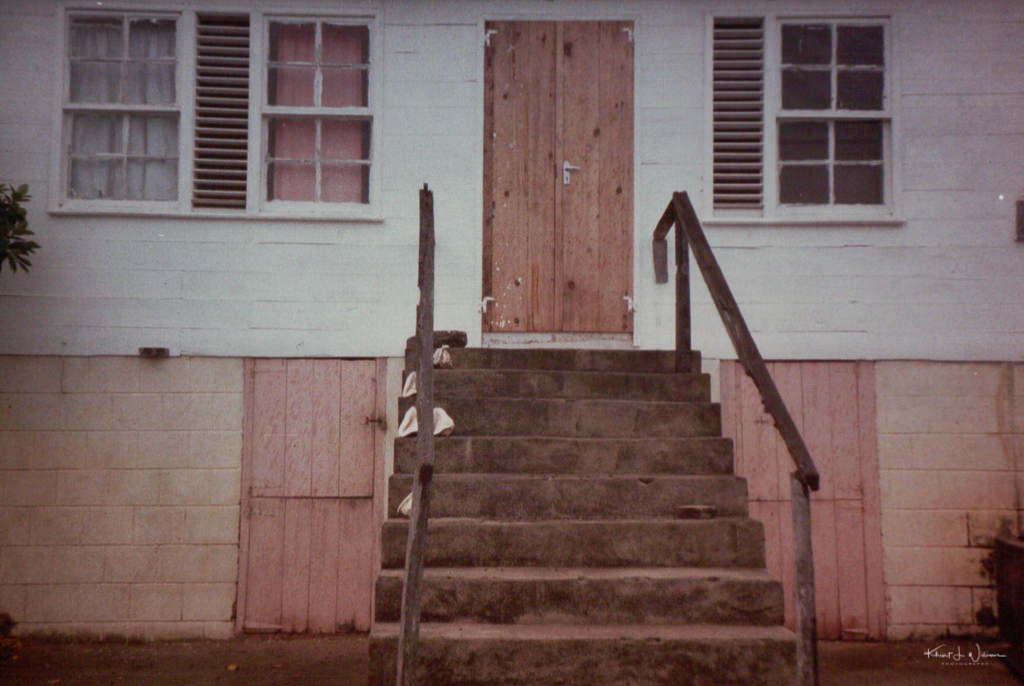 My mother took this photo during one of her recent trips to the LaPompe section of Bequia where her parents lived where I spent the first two years of my life; before there were siblings; I had my grandparents attention all to myself. The house is located at the top middle level of one of the highest hills on the island. The locals have nicknamed the area Monkey Hill. There are no monkeys on the island. I am uncertain as to the origin of the name.

The house has no sewage, no running water, and no electricity. But it has lots of memories. Memories of a carefree childhood spent under the doting and watchful eye of my grandparents, Louis and "Celina" Ollivierre. Some of the memories are not pleasant to Americans used to municipal running water etc. Still, the experience is no more rustic or strange than living in the bayou of Louisianna. 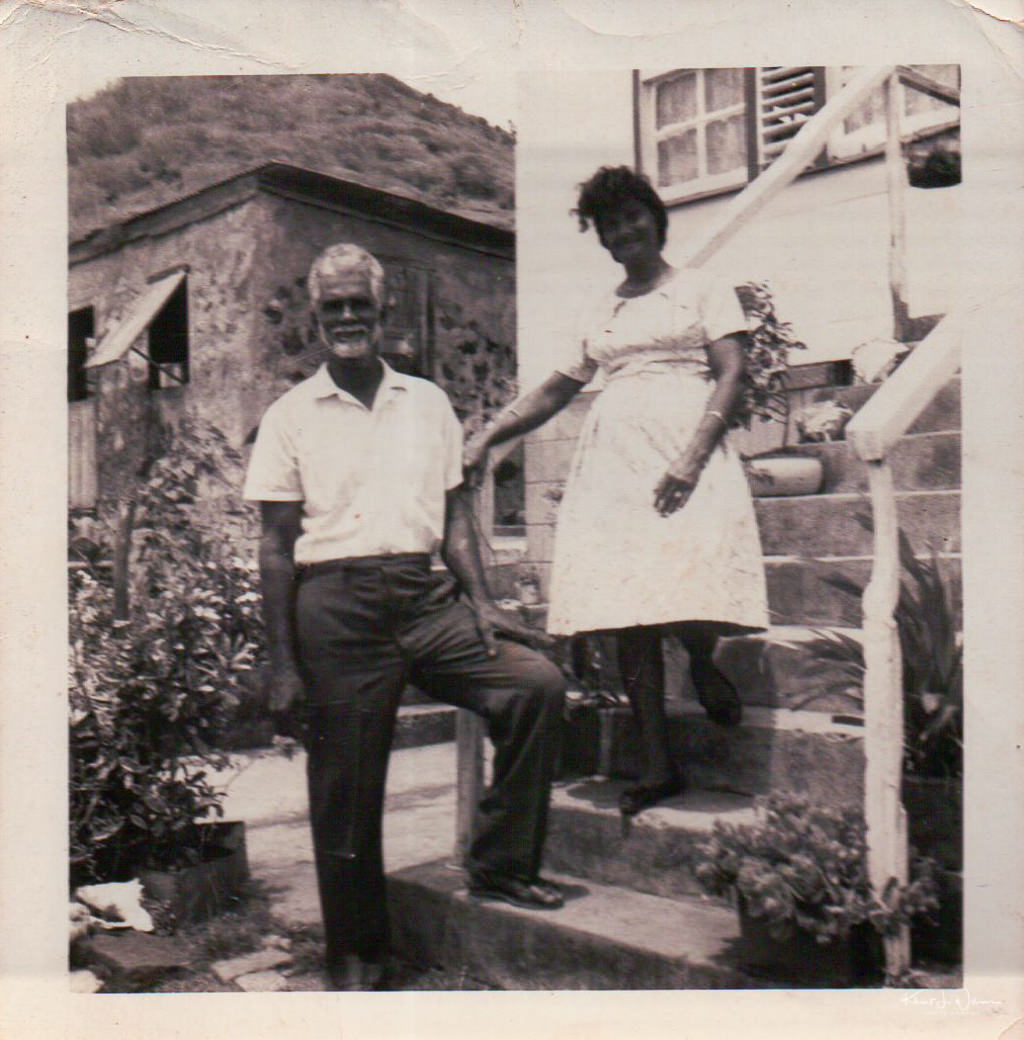 I remember needing to complete a bowel movement while sitting in an outhouse in the high heat of summer. Ugh! Stinky. However, I enjoyed taking outdoor showers after helping my grandfather fill the tank atop the outdoor shower. Outhouse or not, I love my grandparents, and I would not have traded my early childhood with them for anything in the world.

My grandparents kept a few chickens, goats and sheep on the property behind the house. I often helped my grandmother move the sheep and goats, staked to a feeding spot with a long rope and a metal spike. Sometimes I would help her milk a goat or sheep. Have you ever drank fresh goat milk straight from the animal? It's so rich and creamy. 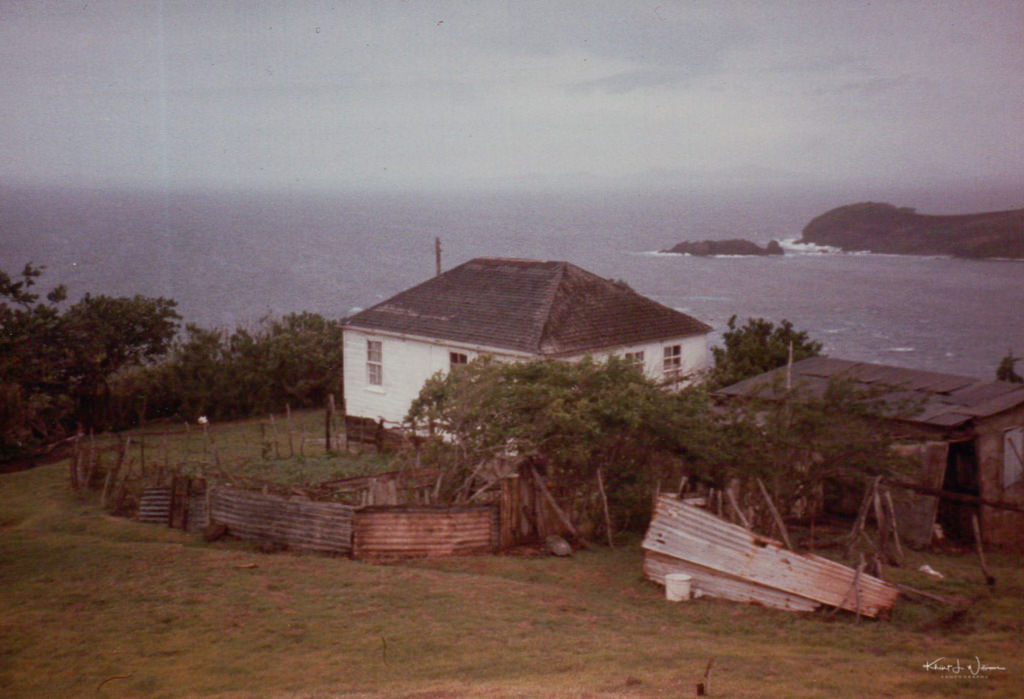 The house looks a bit worse for wear in this photo. The wood has probably rotted, and critters have most likely taken up residence. The upstairs area has three bedrooms and a living room. I remember lazy evenings with my grandfather sitting on the steps looking out and over at the Caribbean Sea. The bottom of the house is where my grandparents kept their ground provisions and other foodstuff including cured whale meat, fish, farine etc.

I spent a lot of time with my grandparents during the summer days of my youth. My father once held a position as branch manager at Barclays Bank in the Port Elizabeth area on Bequia. We lived on the building's top floor for a few years when I was about five years old. Every weekend was an opportunity to hang out with my grandparents.

The house looks a lot smaller than I remember, but it has three bedrooms and a living room. The home is cooled by the constant but gentle Windward Caribbean breezes that blow salty-sweet air over the hills.

The building to the left in the photo is the original kitchen. It had no gas and no electricity. It had a coal-fired stove and oven. Yes, coal-fired. My grandmother cooked fish and fungi for breakfast and sometimes "bakes". Sometimes she would bake bread. This was my treat—freshly baked bread with generous amounts of salted butter. And to wash it all down, a large white enamel mug filled with coffee and mostly milk or maybe a mug of bush tea. I guess my grandmother impressed me early in childhood with the delicious flavours of a homemade cafe-au-lait.

My grandparent passed away decades ago. I miss them. 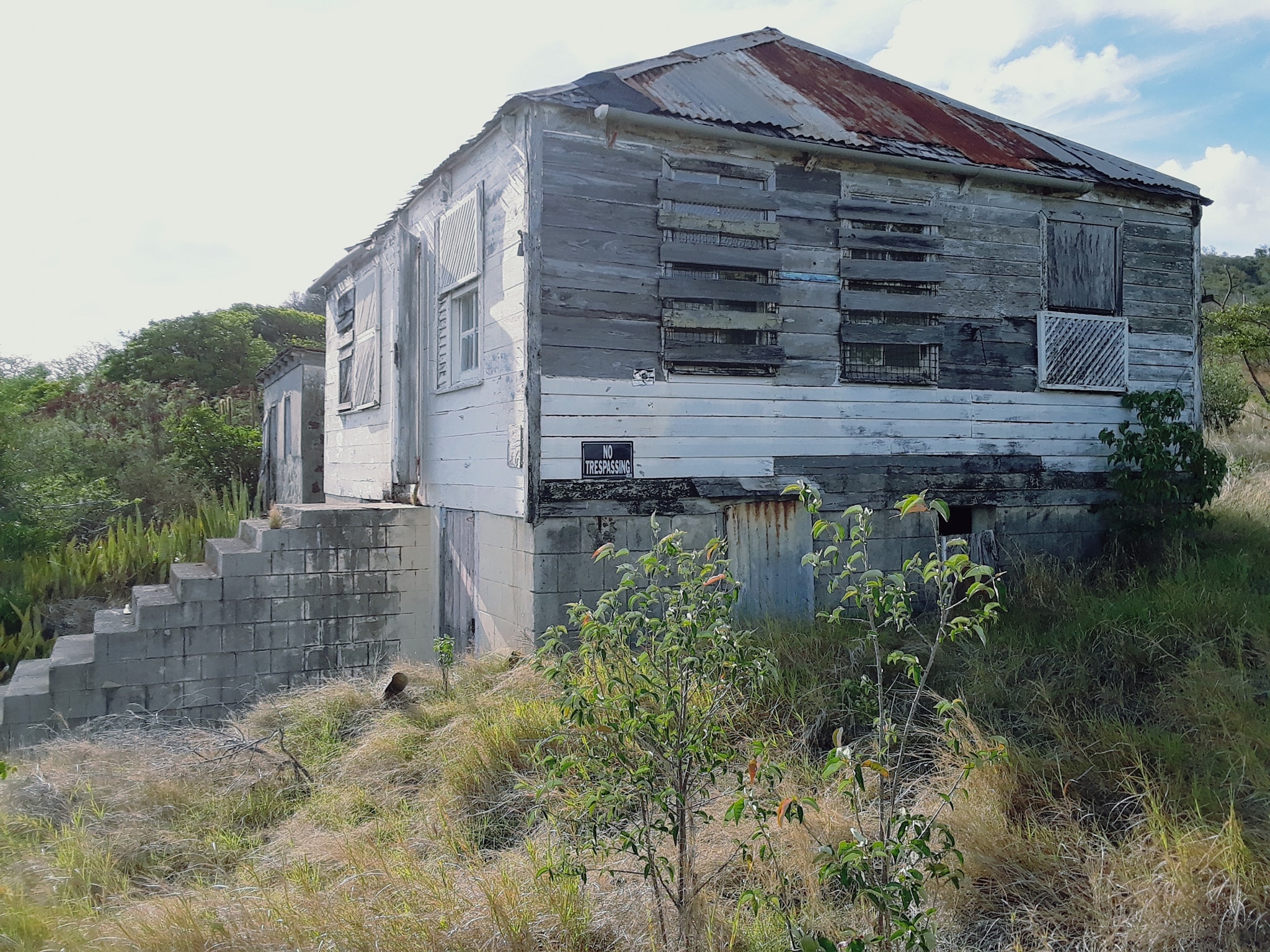 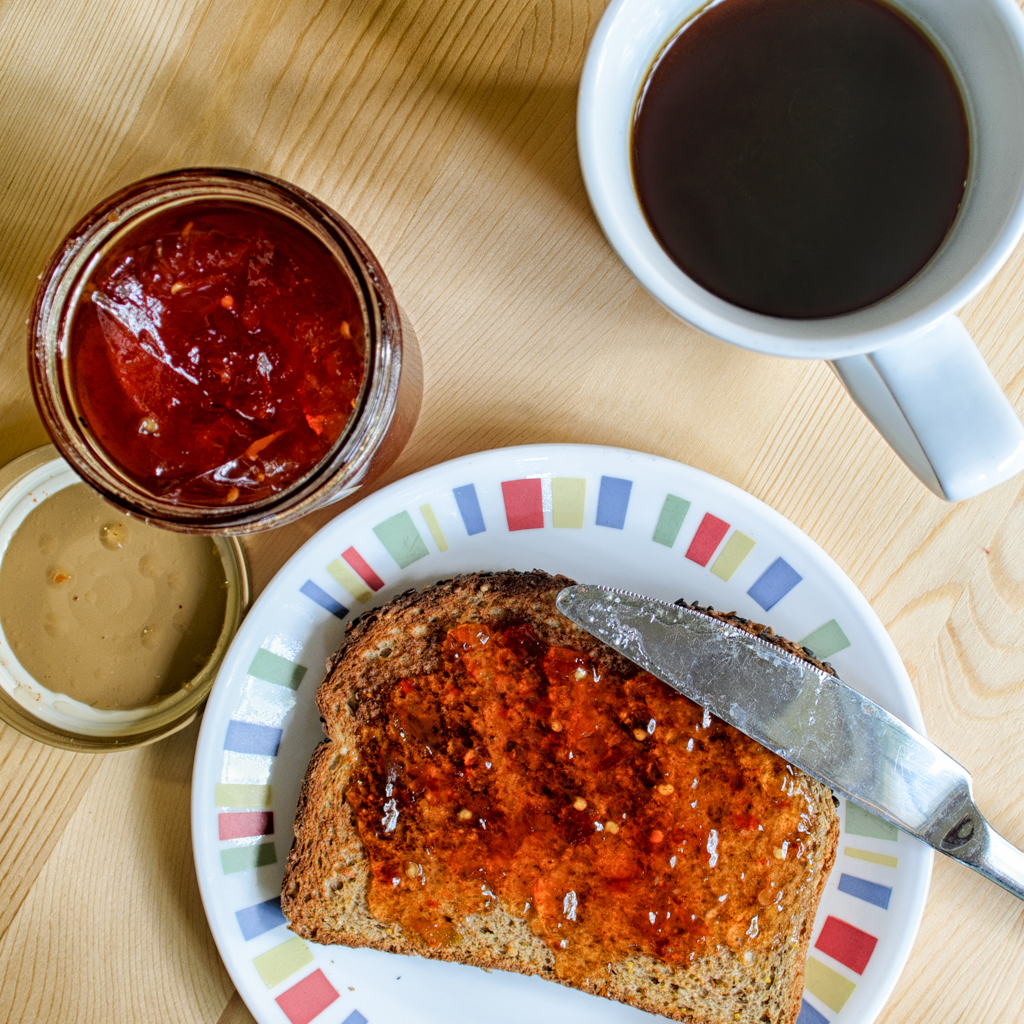 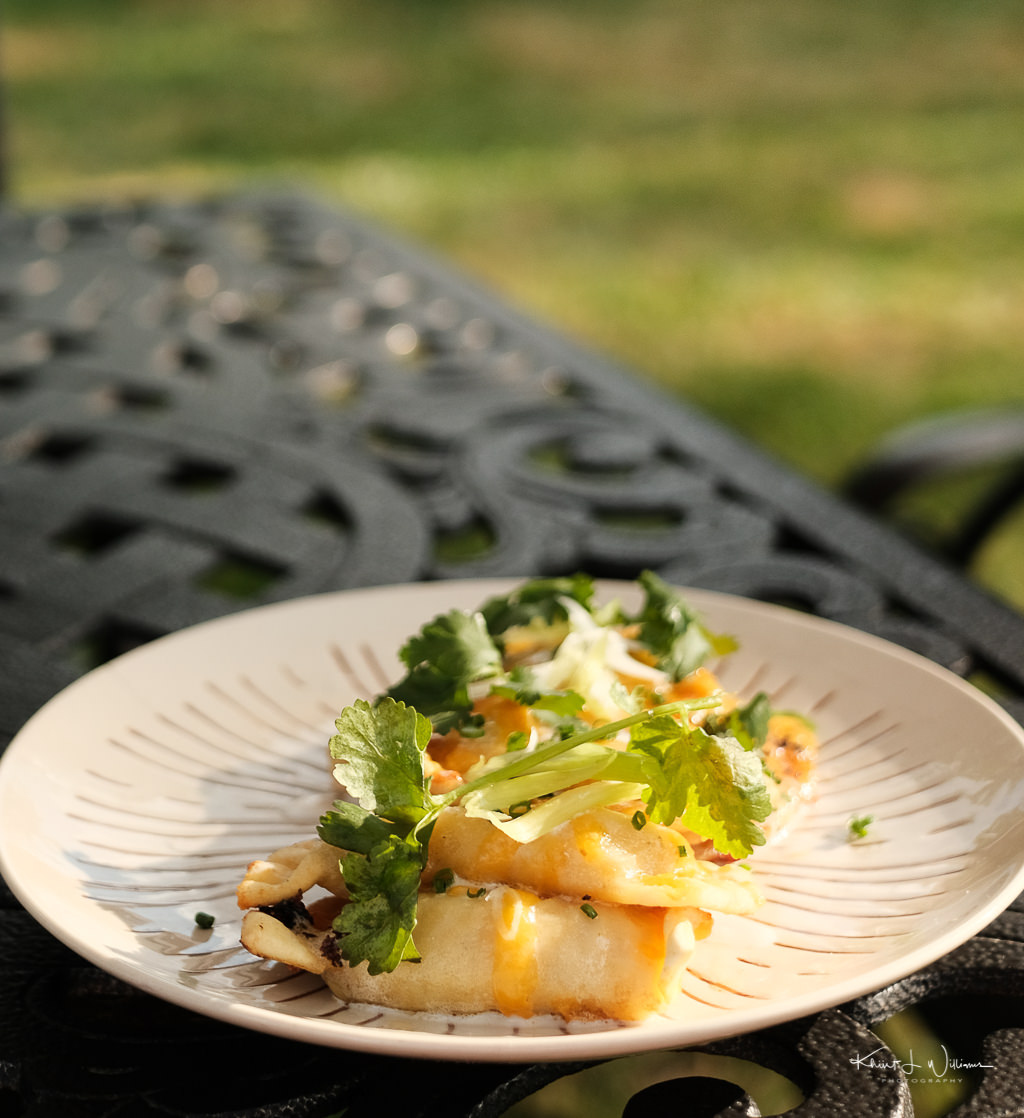 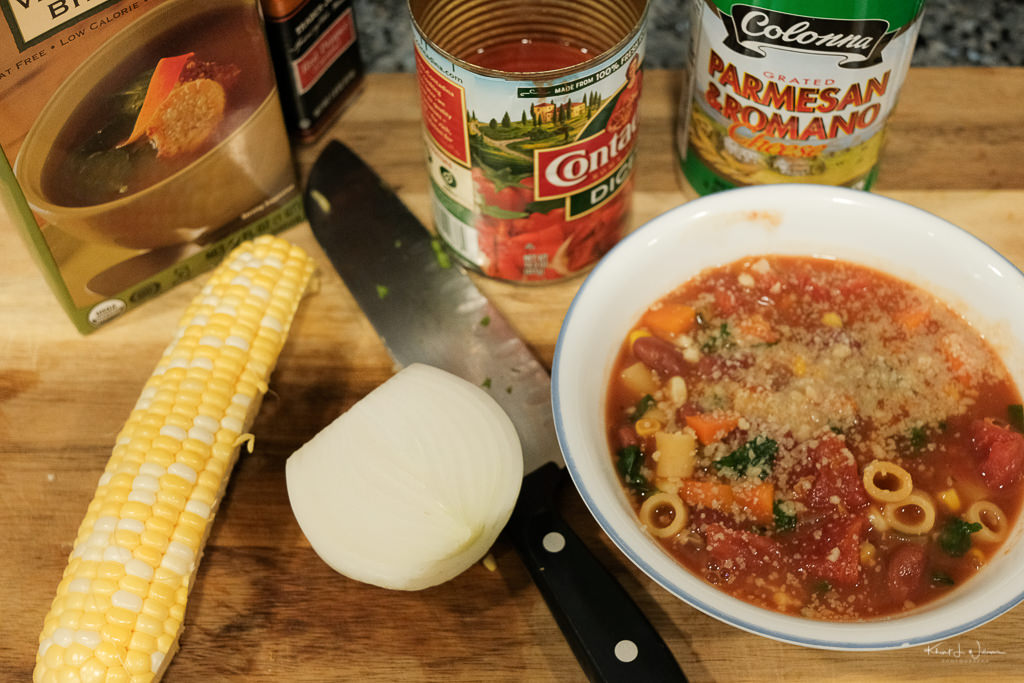