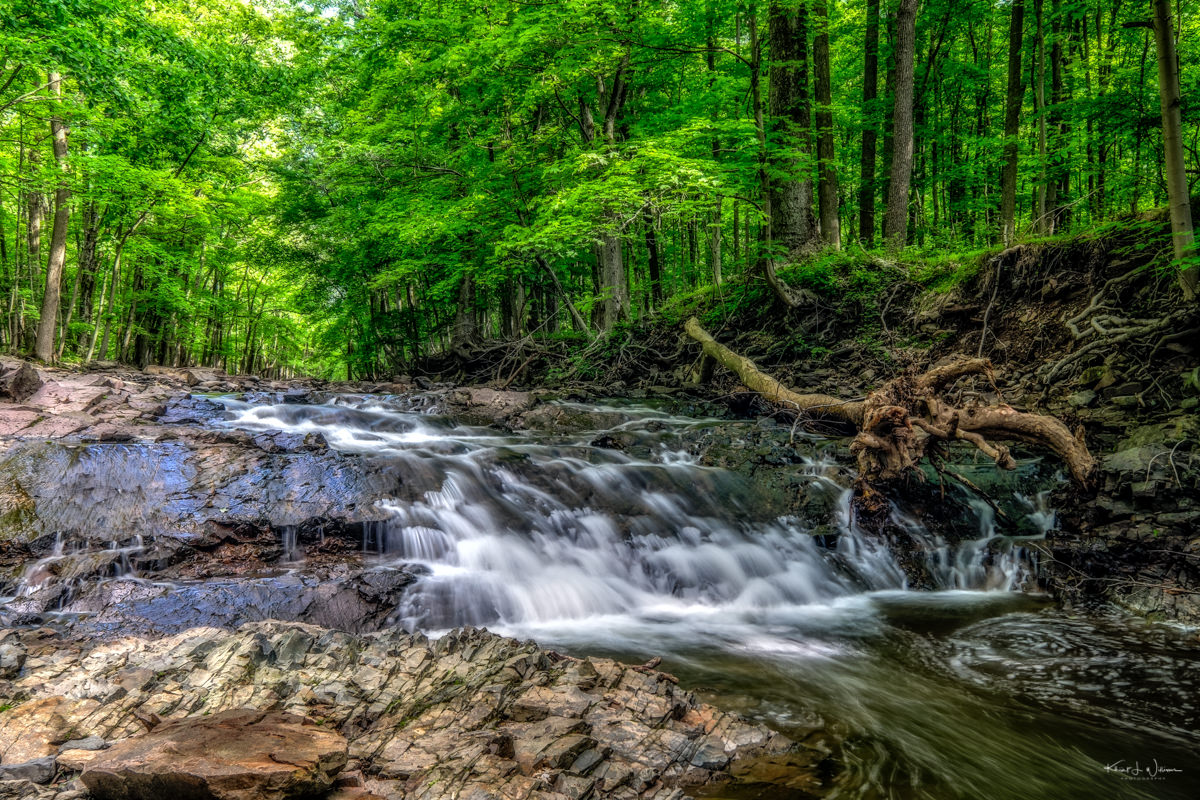 A few weeks ago, I drove up the Rock Brook at the other end of town to try my hand at long exposure photography. I enjoyed the experience, and I got good results with my ND filter. With the recent rains over the weekend, I thought it would be great to go back.

To me, photography is an art of observation. It’s about finding something interesting in an ordinary place. I’ve found it has little to do with the things you see and everything to do with the way you see them.Elliott Erwitt

I’ve read a lot about the “mirror-less” cameras from Olympus, Panasonic, Sony, and Fujifilm. Over the last few years, I’ve rented the Olympus OM-D E-M10 and OM-D EM-5 Camera, the Fujifilm X-E1 and borrowed the Olympus PEN EP-3 Camera from a friend.

But recently Fujifilm introduced the Fujifilm X-T1. The accolades keep pouring in. I’ve seen minimal negative things written about the Fujifilm X-T1 and the camera and the X system in general, have been well received by amateurs and professionals alike. 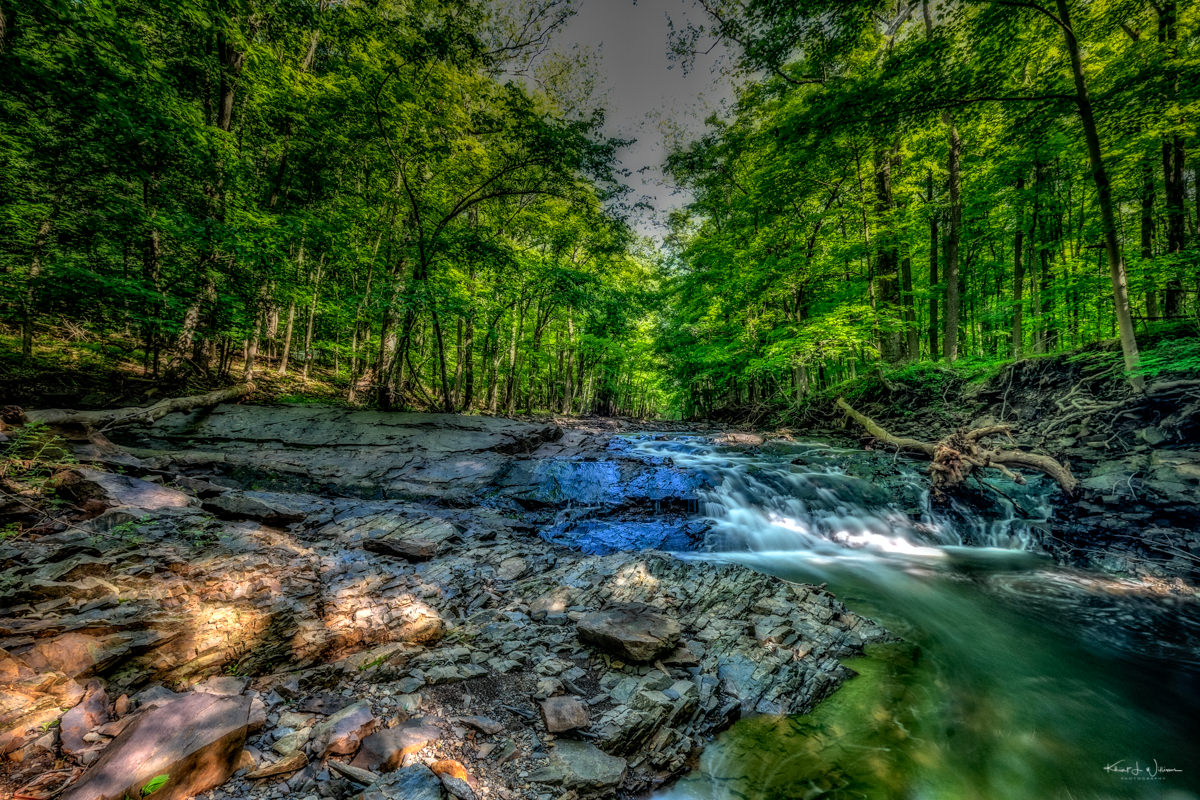 Many reviews have been written about the Fujifilm X-T1 by Frank Doorhof, Ken Rockwell, Photo Shelter and others so this won’t be a review. Those other reviewers will do a better job than I could. However, I want to document my experiences using the camera and one of the Fujifilm X lenses. 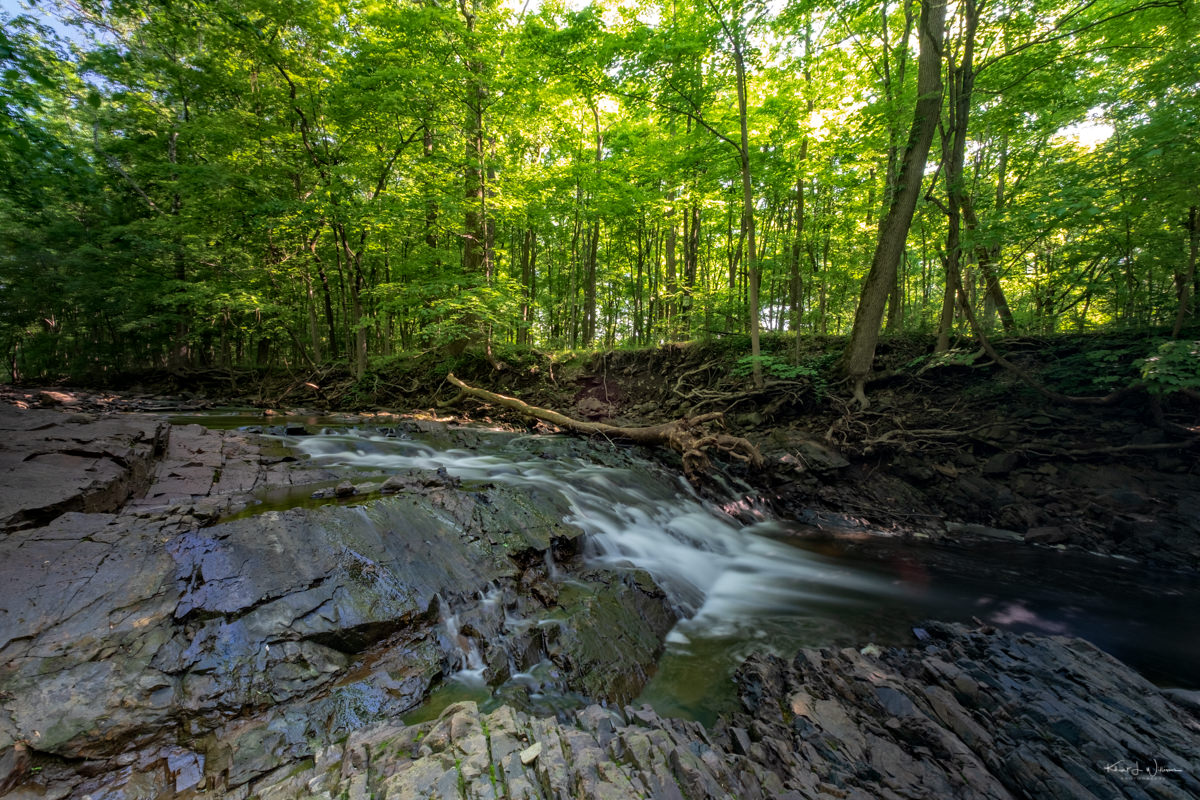 Almost all of my camera rentals are from lensrentals.com. The prices are reasonable — they even include an Amazon Prime typing shipping option — and they are flexible. Since my wife and I both work, I find it more convenient to have packages held at the FedEx Office Print & Ship Center near my office. I never miss a packed delivery, and I can stop by on my home in the afternoon and pick up my rental. When the equipment is ready to be returned, I can easily drop it off at the same facility on my way to work in the morning.

Because I prefer outdoor photography, I chose to rent the Fujifilm X-T1 and Fujinon XF10-24mmF4 R OIS wide-angle lens which has a field-of-view equivalent to a 15-36mm f/6 full-frame lens. I planned on going back to the Rock Brook for some long exposure photography. I added the Tiffen 72mm Variable ND Filter to my rental. The rental included a camera bag, the battery and charger, and the Fujifilm EF-X8 Shoe-Mount Flash. I did not use the Fujifilm EF-X8 Shoe-Mount Flash. 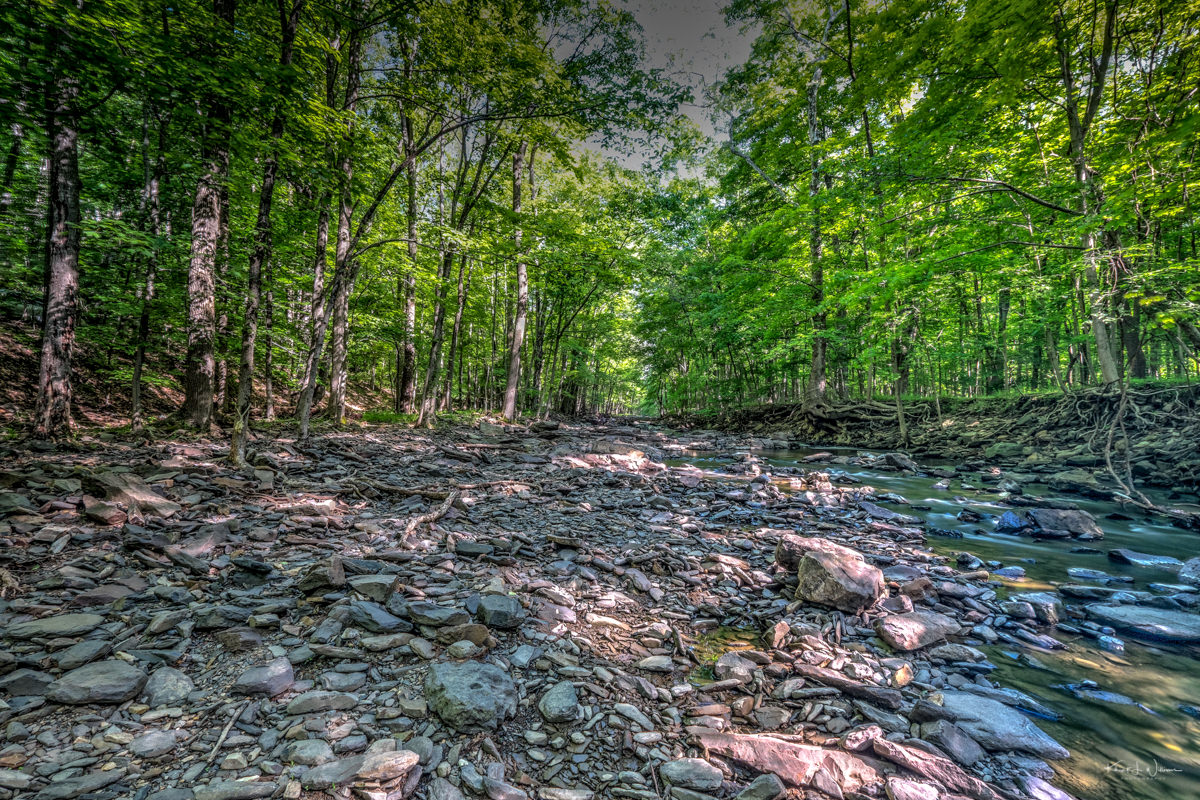 I had read that the X-T1 is well constructed and the reviews were correct. The X-T1 felt solid in my hands; like the Pentax P3 film camera, I bought in college. The camera body and dials and knobs are made of metal. My eyes were drawn to the control knobs on the top of the camera. The camera and lens controls were easy to find. I did not have to hunt around in on-screen menus as I do with my Nikon. I found myself quickly changing aperture, ISO, and shutter speed while composing my shot.

I found the focus ring on the X-T1 to be smooth. I usually don’t trust myself to focus on my subjects manually. I’ve had two eye surgeries, and sometimes I feel my vision isn’t “just right”. But the ease of using the manual focus ring and the Focus Peak mode boosted my confidence. I used auto-focus only a few times during my shoot. The Digital Split Image focus mode reminds me of the split image focused on my Pentax P3 film camera, but I preferred the focus peaking mode. 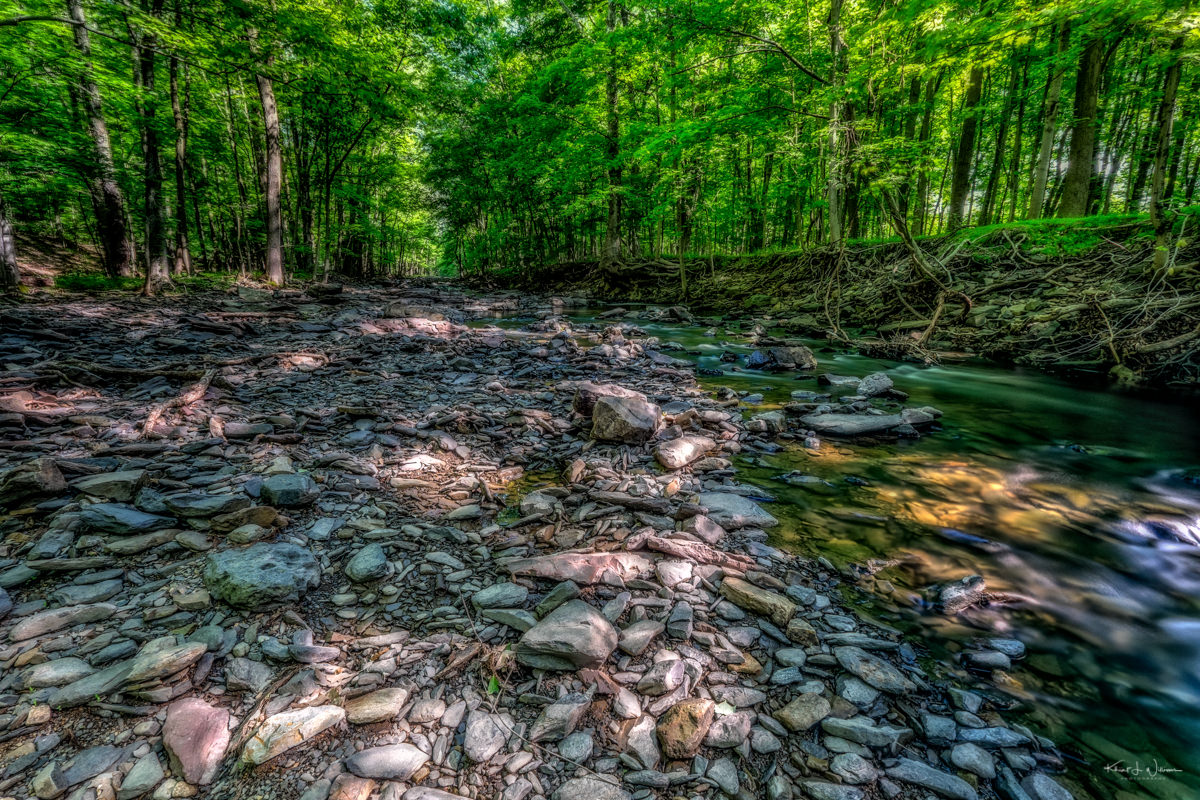 Besides outdoor photography, I am also a fan of HDR photography. The X-T1 has several auto-bracketing functions, but for HDR I use only Auto Exposure bracketing. My Nikon D5100 has AE bracketing as well, but I am annoyed that I have to trigger the shutter for each shot. Not with the X-T1. One press of the shutter captures three shots of the same scene at different exposures. 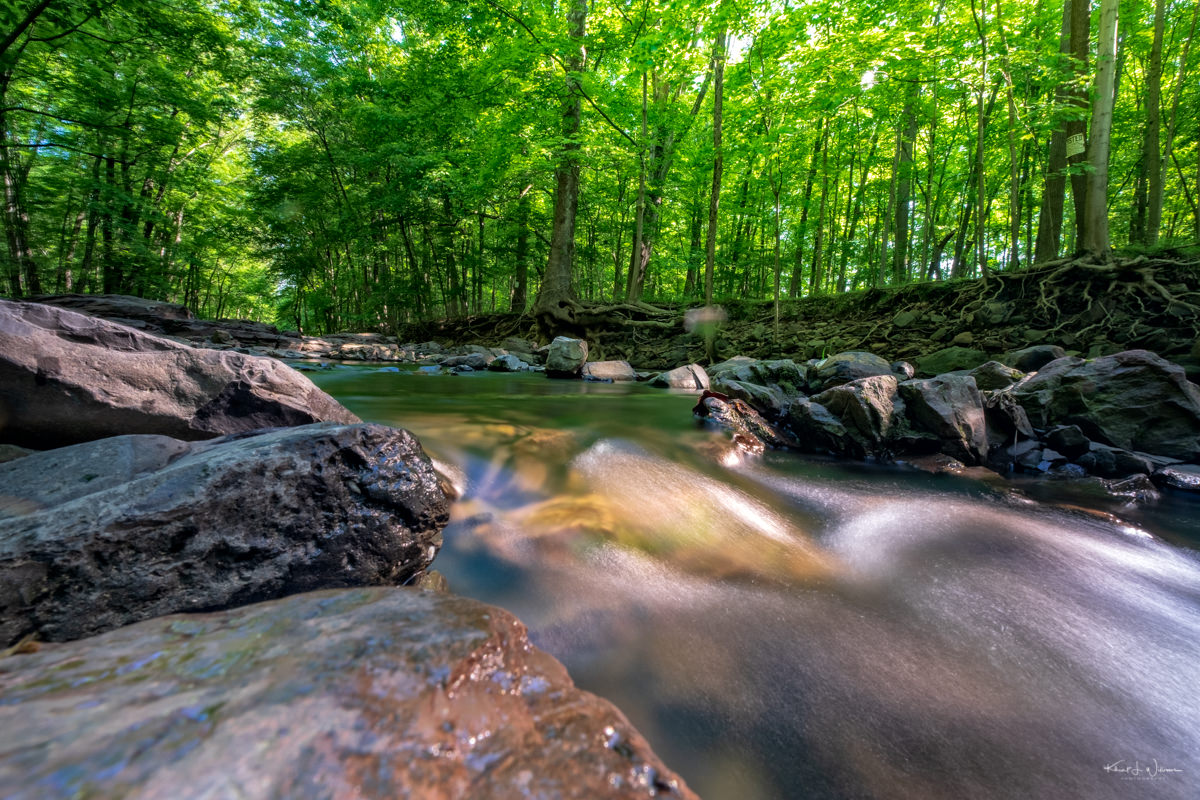 But where the Fujifilm X-T1 blew me away was with the Camera Remote. Last year, I started using an Eye-Fi mobi card to capture and send JPG images from my Nikon D5100 to my iPad or iPhone. I could then do some slight processing before sharing the pictures to my blog or Facebook. It’s a form of instant photography. However, I’ve often wished I could use my iPad or iPhone to control my Nikon. The Fujifilm Camera Remote does that.

The X-T1 has a built-in wireless access point. I was able with to connect my iPhone1 to the X-T1 and control every aspect of the camera. I adjust the focus, aperture, the ISO, the shutter speed, the shooting mode etc. I used the Camera Remote to set The X-T1 up for long exposure and HDR photography. With this setup, the camera shake is nearly eliminated. Minimising camera shake is important for long exposure and HDR photography. Even a breeze can ruin an image.

I have a bird feeder set up in my backyard, but my 85mm f/1.8 can’t get me close enough to the birds. I would have loved to setup up the Fujifilm X-T1 on a tripod with the Fujinon XF55-200mmF3.5-4.8 R LM OIS and patiently sit in my living room monitoring for some interest bird action shots. Of course, if I had known the X-T1 could do this, I would have rented two lenses. The wide-angle isn't ideal for this scenario.

One of the cool things about the Camera Remote is that it also did wireless transfers of the photos to my iPhone or iPad. I set the X-T1 to transfer photos to my iPad, so I could check that I had captured what I wanted. Some of the images were uploaded to Facebook right from the middle of the Rock Brook. How cool is that! 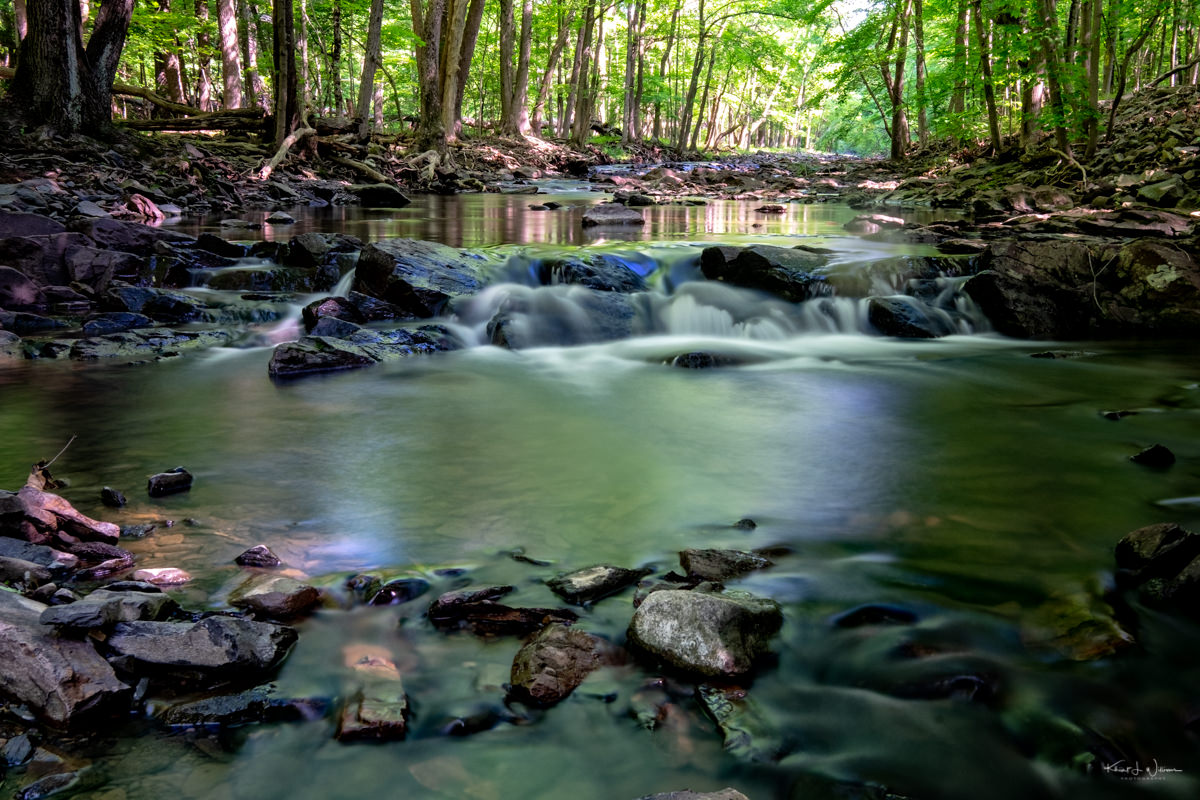 Another possibility is that I could attend the independence day fireworks events, capturing photos, sending them to my iPhone and sharing them quickly on Facebook or uploading to Flickr etc. Or I can shoot and download selected images to my iPad for post-processing and later share.

It wasn’t until I came home and downloaded the images to Adobe Lightroom that I realised that the Camera Remote app used the GPS on my iPhone to embed geolocation data into each photograph. WTF! This is awesome. For me, this is a manual process in Lightroom; assuming I remember to do so.

For me, the Fujifilm X-T1 is the near-perfect digital camera. I love the look and feel of the camera. The all-metal body and knobs remind me of the built-to-last cameras of my youth. The focus peaking manual focus and smooth focus ring of the lenses make me feel confident that my photos will be in focus. The Camera Remote feature duplicates and surpasses the features of the Eye-Fi Mobi card and opens up new photographic possibilities for me. 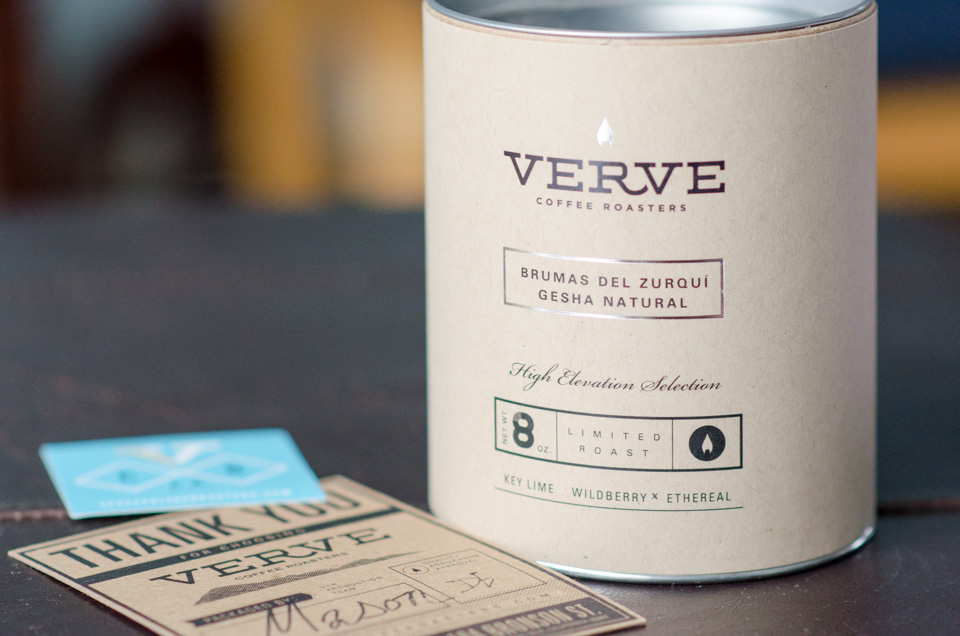 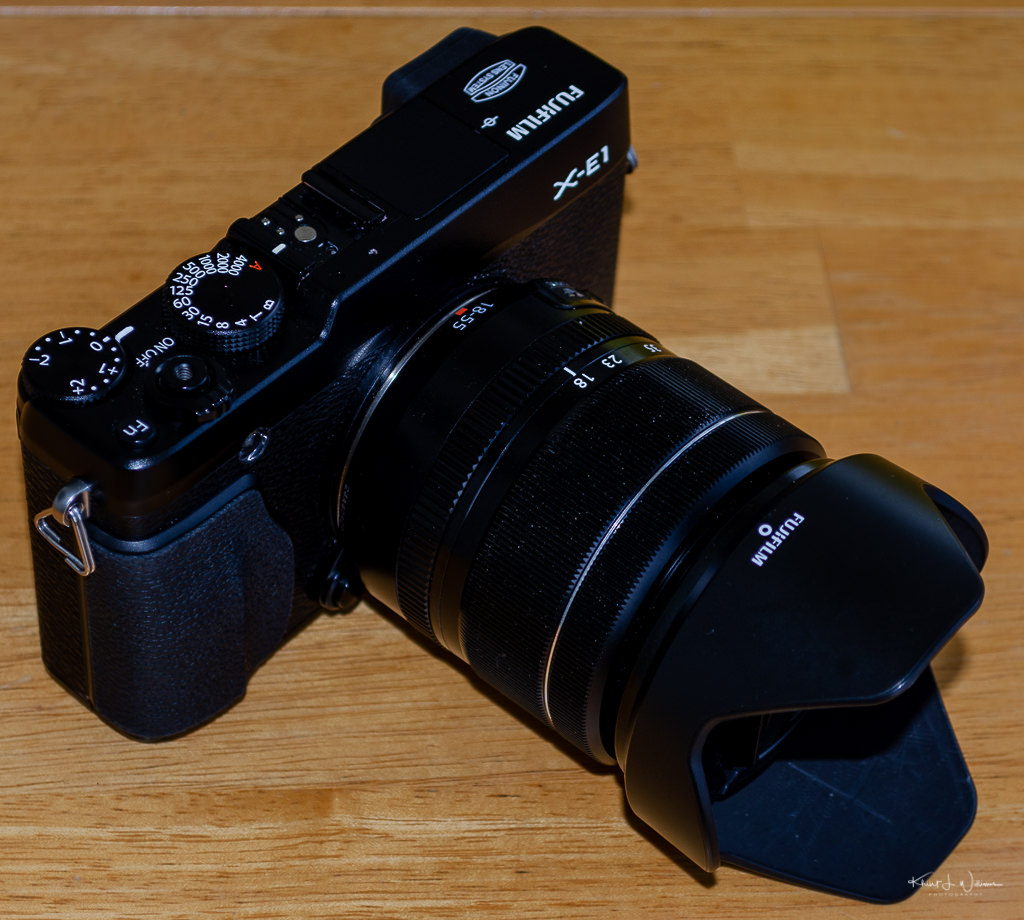 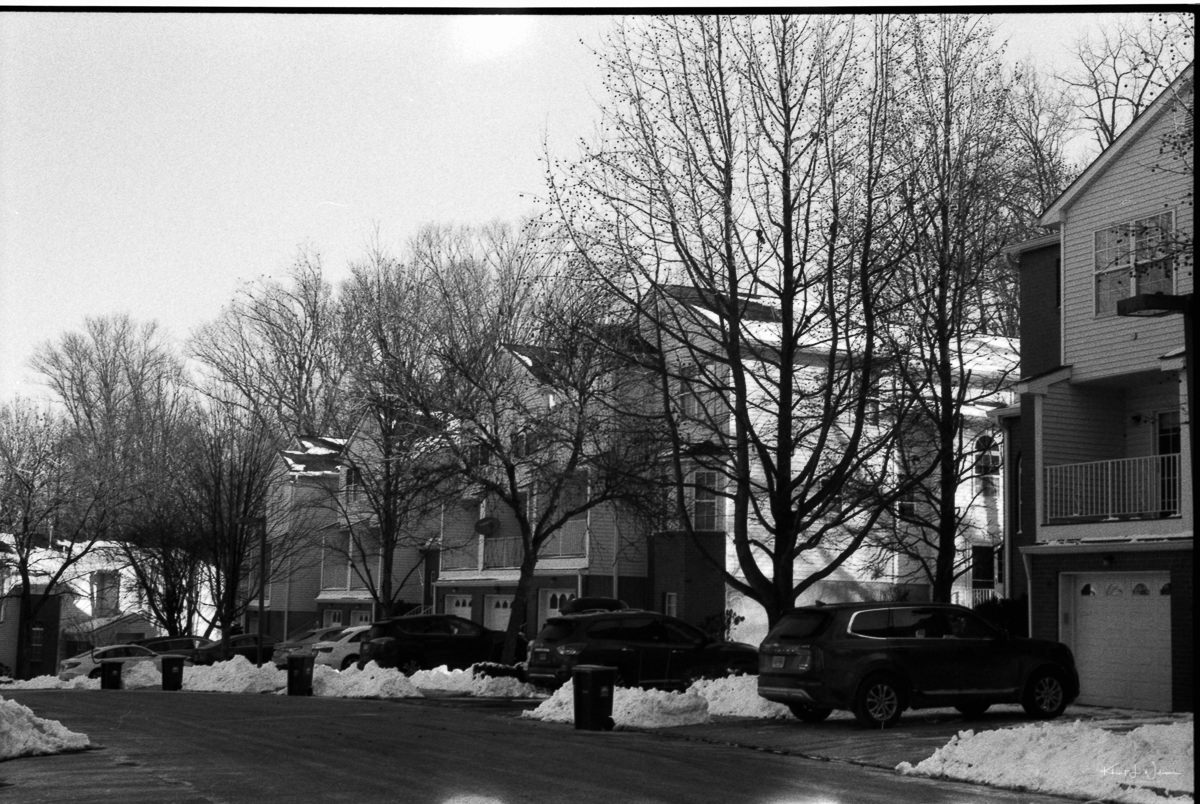