I've been getting a few questions from family and friends about DSLR cameras.  The questions boil down to "Should I get one?" and "Which one should I get?" The questions always annoy often because it comes right after a compliment. No, I'm not a self loathing person. The annoyance ( and sometimes anger ) comes from the nature of the compliment.

You see, about a year ago I purchased a Nikon D40. It's Nikon's low(est) end DSLR. I purchased it because I wanted interchangeable lenses and a faster shutter speeds. I've take almost two thousand photographs with my D40. Weddings, vacations, walks through the forest, kids running around in the backyard - I've pulled out my camera and photographed it all. Some of my photos are good. A lot of them are bad.

I upload some of my photos to Facebook but only the ones I consider decent for viewing. That's where the problems lies. Since my Facebook contacts only see the "good" photos they leave nice comments like "awesome photo" or "wow". But then that is often followed by "Which camera are you using?". I should not answer that question. But I do. And so the that leads to "I'll have to get a camera like yours so that I can get good photos too". Well ... thank you. Here I was thinking that my photography skills are what made that photo good.

From what I have read (and seen) about photography, the camera equipment is mostly irrelevant.  A bad photographer (or a mediocre one like me) will take equally bad photos with a $2000 DSLR camera as with a $20 throw away camera.  A good photographer can make award winning photographs with a Wal-Mart blue light special.

As and example the following photographs were taken with the "lousy" 2 megapixel camera in the iPhone.  Verizon and AT&T sell $29 phones that have more mega-pixels than that. 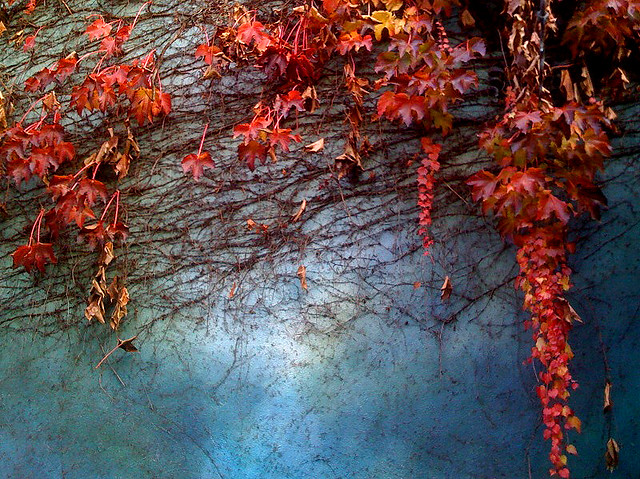 A DSLR will not magically improve your photography for the same reason buying an expensive carbon and titanium bicycle or pair of expensive Nikes won't make you competitive with Lance Armstrong or Michael Jordan (although I can dream).

There are multi-megapixel "point-and-shoot" options on the market that will shoot three (3) frames a second that will let you can catch those quick as a wink kid moments.  Cameras such as the 10 MP Casio Exilim EX-Z1080, or the 10MP Olympus Stylus 1050SW or the 10 MP Sony WX1 offer that capability. These cameras will cost more than a basic compact point and shoot but will cost a lot less than a DSLR and still remain small enough to fit in purse or back pocket. But If you are passionate about photography ( your face is often found behind the viewfinder of a camera ) … get an SLR or DSLR and practice.

If you are looking for a compromise between the compact digital and the DSLR, there is a newer format called Micro Four Thirds.  The cameras are sized similarly to larger point and shoots but have interchangeable lenses.  However, the lenses are not compatible with the existing DSLR lenses and the prices are about the same as a lower end DSLR from Nikon or Canon.  Reviews of the Lumix DMC-GF1 and the Olympus EP-1.  As of September 2009, there are three Panasonic Lumix Micro Four Thirds lenses and a variety of companies manufacture adapters to use lenses from nearly any standard lens mount (such lenses, of course, support no automatic functions.)

The best computer monitors and TVs have no more than 2 megapixels (that 1920×1080 or HD).  Special monitors for medical diagnostic work are using 3280×2048 WQSXGA, which is the current maximum resolution available in a single monitor.  If you have a few hundred thousand dollars, go buy one.

In the mean time, on your current computer monitor (assuming you have a newer one), a three (3) megapixel photo will look no worse than a 12 megapixel one because your computer monitor is limited to about 96 pixels/inch (divide 1920 by 20 inches) or less.  If you want proof, I'll send you a photo taken with my old 3MP and one taken with my low end 6MP Nikon D40.  Print copy (for photos) uses about 200 pixel/inch which translates to about 12 megapixels for a 20×16 inch photo or about 3MP for an 8×10 inch photo and less than 1MP for a standard 5×7 inch photo print.  Professionals (I'm not one of them) need more megapixels because they shoot for magazines/billboards where the print copy has a resolution of 300 pixel/inch (or more ) which translates to about 12 megapixels for a 20×16 inch photo or over 45 megapixels for a billboard!!  So unless you intend on making billboard sized print, megapixels do NOT matter as much as color quality and white balance.

My camera is the Nikon D40, the lowest end DSLR that Nikon makes.  It's on sale for less than $500 from Amazon.  The advantage (for me) of my DSLR over my Sony point and shoot is that I can change lenses (there are thousands of different lenses that serve different purposes) and set manual controls (lighting, white balance, color correction etc) to get the photograph I want.

For the price of luxury car, you can buy a 60 megapixel Phase One camera that shoots 60 frames per second or this 160MP "beauty". But if you can afford that then someone is probably paying you to put your face on a billboard!

2 thoughts on “Camera advice for my family”