One weekend this summer, I was on a photography field trip to Boathouse Row along the Schuylkill River in Philadelphia. Our guide, Richard Sherman, obtained private access to Boathouse #4 and, early in the evening, to a launch boat (the little boats used by coaches) from which two photographers at a time were able to shoot the boathouses and Philly skyline from a different perspective.

Philadelphia’s iconic “Boathouse Row” offers photographers a variety of colourful and interesting subjects, including the restored Fairmount Water Works, skyline shots of the Philadelphia Museum of Art and the 19th-century boat houses and rowing shells along the Schuylkill River.

We had private access to Boathouse #4 and, early in the evening, to a launch boat (the little boats used by coaches) from which two photographers at a time will be able to shoot the boathouses and Philly skyline from a different perspective. From the launch boat, I got a unique water view of the boathouses. Some members of one of the boathouses were celebrating with dinner on the veranda.

It seems that some debris came down the river and collected in an area in front of the boathouses. It formed a small island which has become inhabited by some ducks. The island also blocks the flow of water leading to the growth of a greenish plant. The ducks seem to like swimming in it.

I love this image. The instructor came running over to me. I had my camera pointed toward the Fairmount Water Works. He said, “Khürt, look up to your left”. I wish I had a pano head. 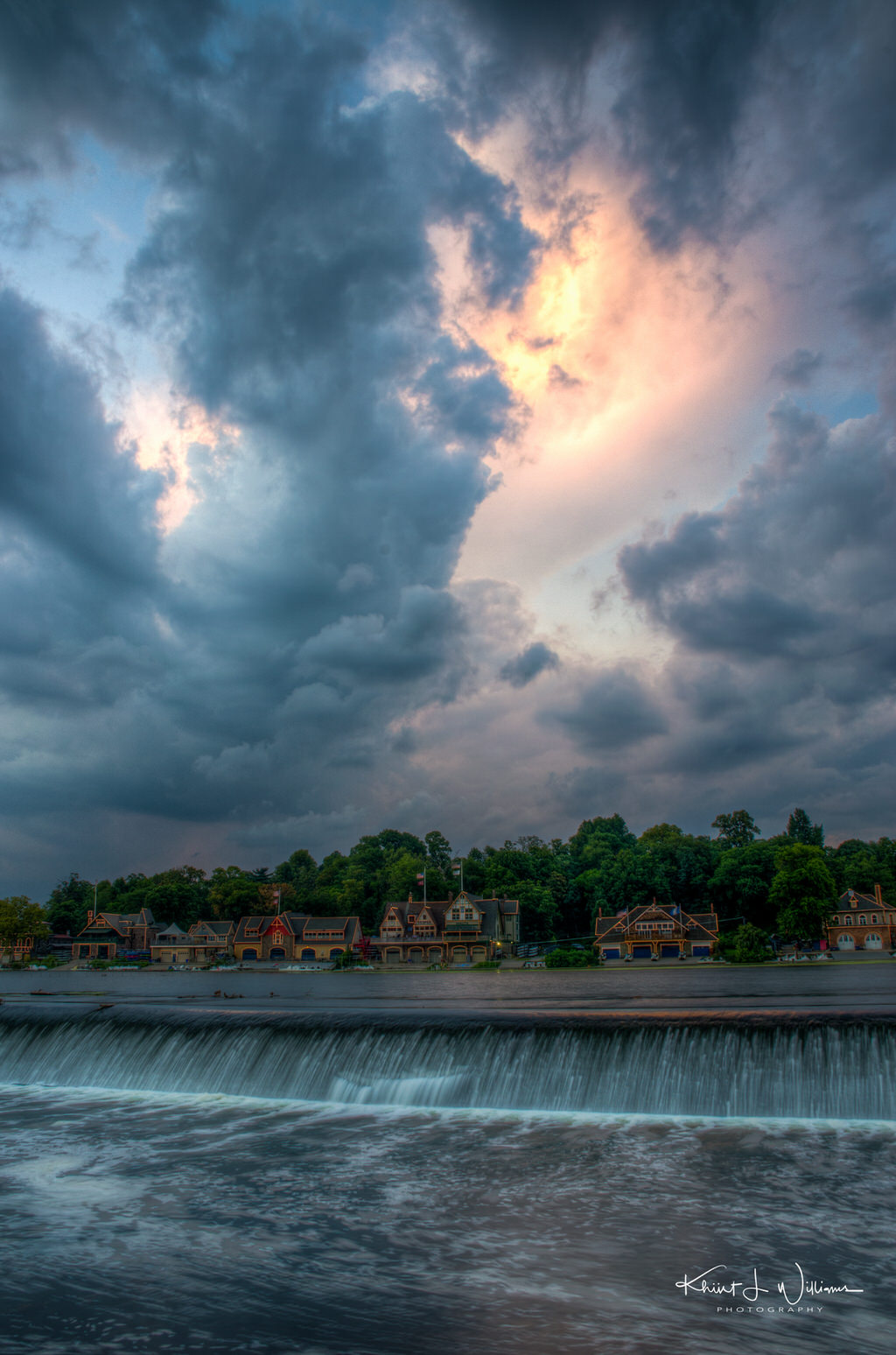 The class had opportunities to exercise all our photographic muscles, from photographing people to shooting architectural details, from wide panoramas to close-ups, from high F-stops to shallow depth-of-field, from dynamic hand-held street shots to using tripods during “blue night” to capture the boathouses and their reflections on the water.

When the sun had disappeared completely for the day, the lights were turned on at Boathouse Row on the east bank of the Schuylkill River, just north of the Fairmount Water Works and the Philadelphia Museum of Art.