On the banks of the south branch of the Raritan River

When Frank posts his challenge for the week, I don’t usually respond until the weekend. Most of the week, I am busy with work, commuting in the dark to a location filled with ugly office buildings. Photography is only possible on weeknights.

The last few weekends and during the week, the weather has often been cold, wet, and deeply overcast. This is why I have mainly processed many recent images in monochrome. When all around me feels blah and grey, I try to capture that feeling with monochrome. But this weekend we had a change in the weather.

Osiris and Isis cried, parted the skies and called out from the Earth to Ra, the king of the gods. Ra, the god of the sun, the bringer of light, soared across the sky and made his presence known. The temperatures soared to -2ºC with hints of blue all around. I took the opportunity and drove forty-five minutes to Clinton, New Jersey. 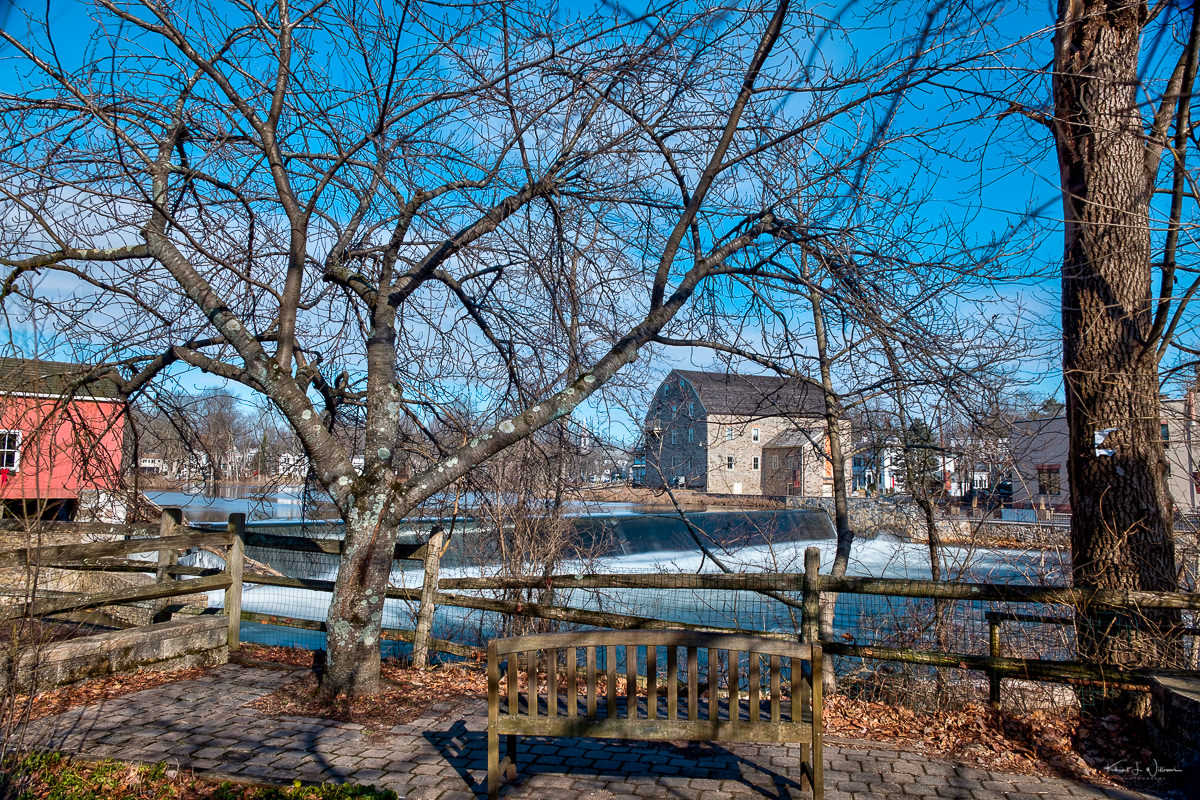 I planned to spend about 45 minutes shooting the Hunterdon Art Museum from the Red Mill Museum Village located on the west bank of the South Branch of the Raritan River. I recently bought some layered clothing to help me withstand the wintry weather better than I have in the past. Before the change in weather, I had initially thought that the water near the two museums would be partially frozen and that I would get some images of how cold it’s been. But Ra’s power was too great, and although I could see some ice on the lower branches of some of the trees, by the time I arrived — around 11:30 AM — the water was primarily free-flowing.

But the skies were clear and blue, and as is often true with outdoor photography, I made do with what was available. I walked across the Main Street Bridge, stopping a few times to capture images of the Red Mill Museum Village and the Hunterdon County Art Museum. The art museum is on the opposite bank of this section of the Raritan River.

The Hunterdon Art Museum is in the heart of the quaint nineteenth-century town of Clinton. Visitors can enjoy an afternoon of shopping in unique boutique shops, dine in restaurants that feature everything from light lunch to elegant dinners, and visit the Red Mill Museum Village, where you can learn about the industrial heritage of the region, all within a stone’s throw of the Art Museum. 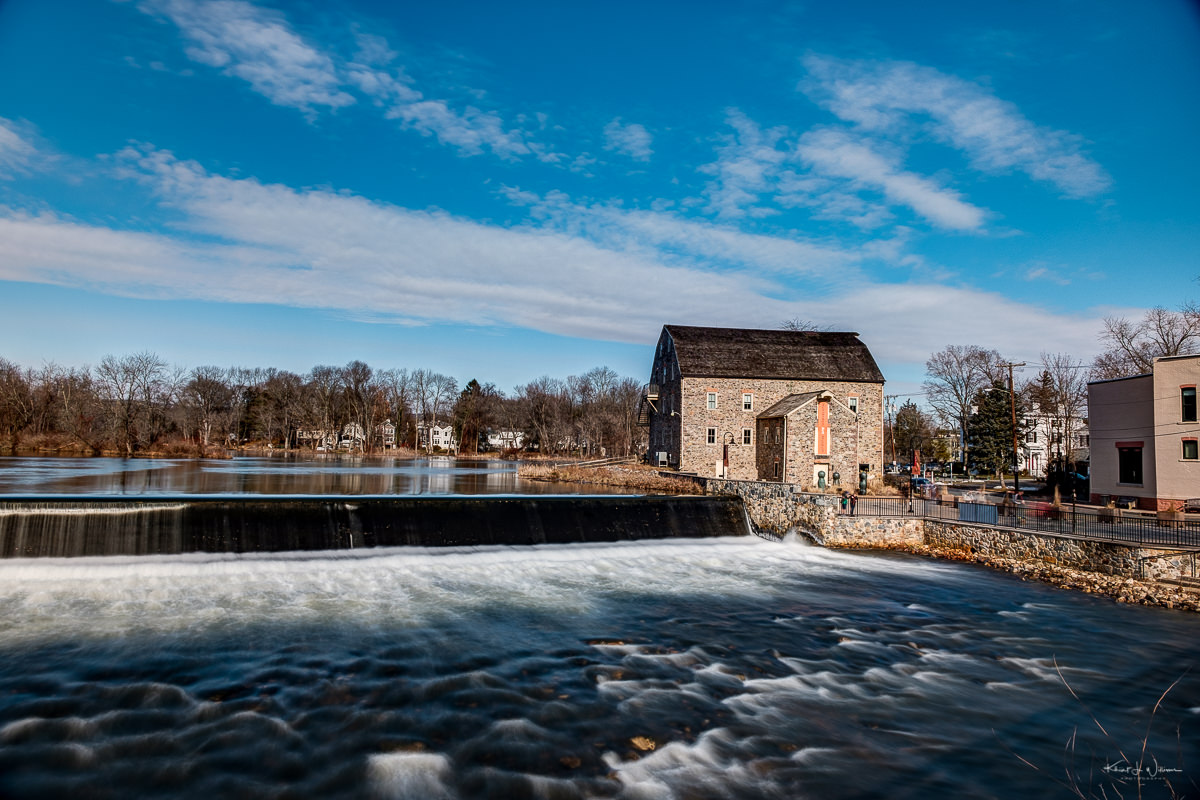 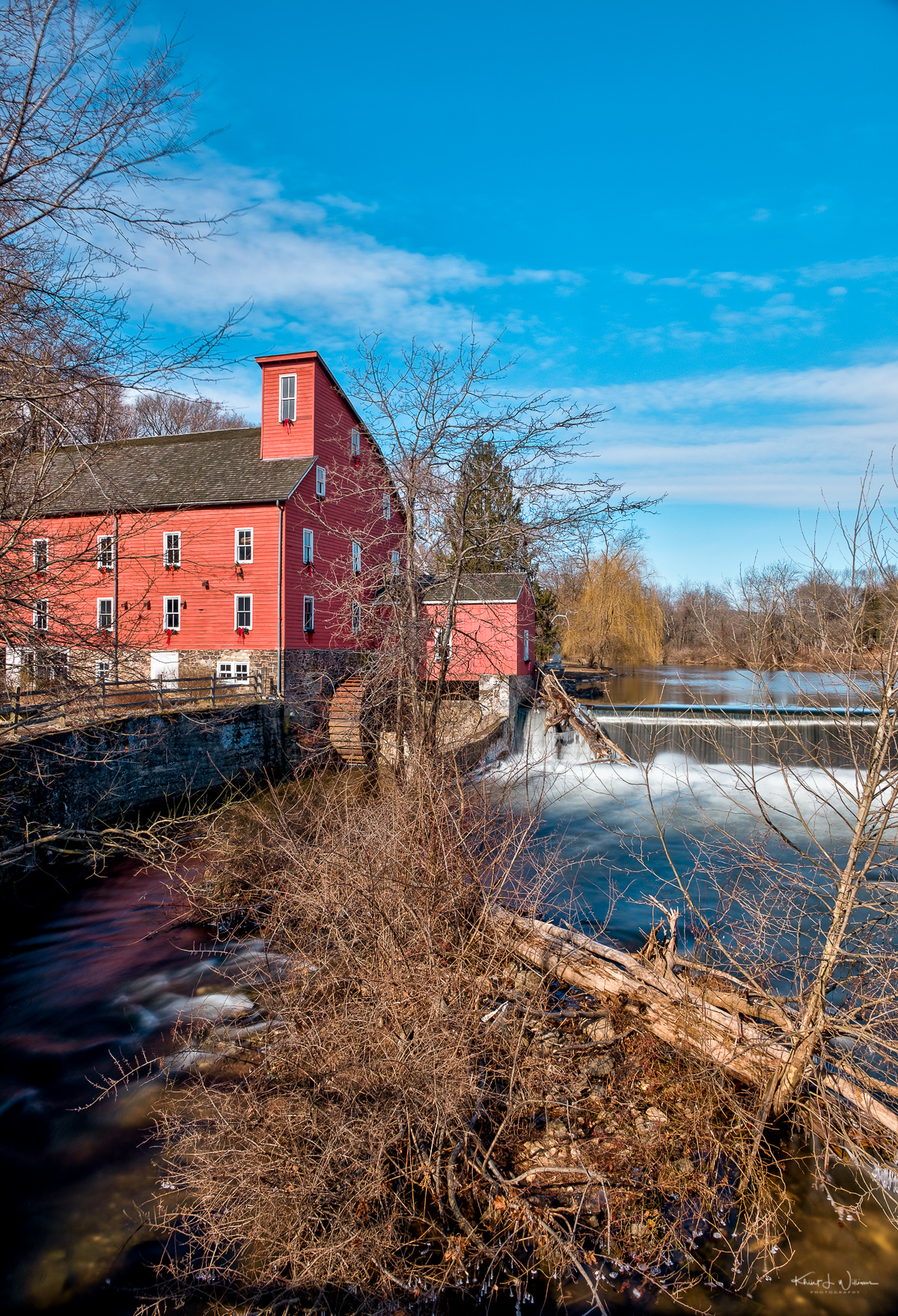 I tried to focus on shooting images of the Hunterdon County Art Museum and the Main Street Bridge. I had already captured images of the [Red Mill Museum Village] on my last visit a few years ago. But, the Red Mill Museum was too colourful to resist capturing a few images.

I walked across the main street bridge. As I approached the far eastern side of the bridge, I noticed a group had gathered on the steps that led down the river bank. Some of the ducks were gathered, waiting or hoping to be fed. I had not noticed the ducks until then. I waited for the group to disperse so that I could walk down to photograph the ducks. In the meantime, I photographed the Red Mill Museum on the other bank and the Main Street Bridge. 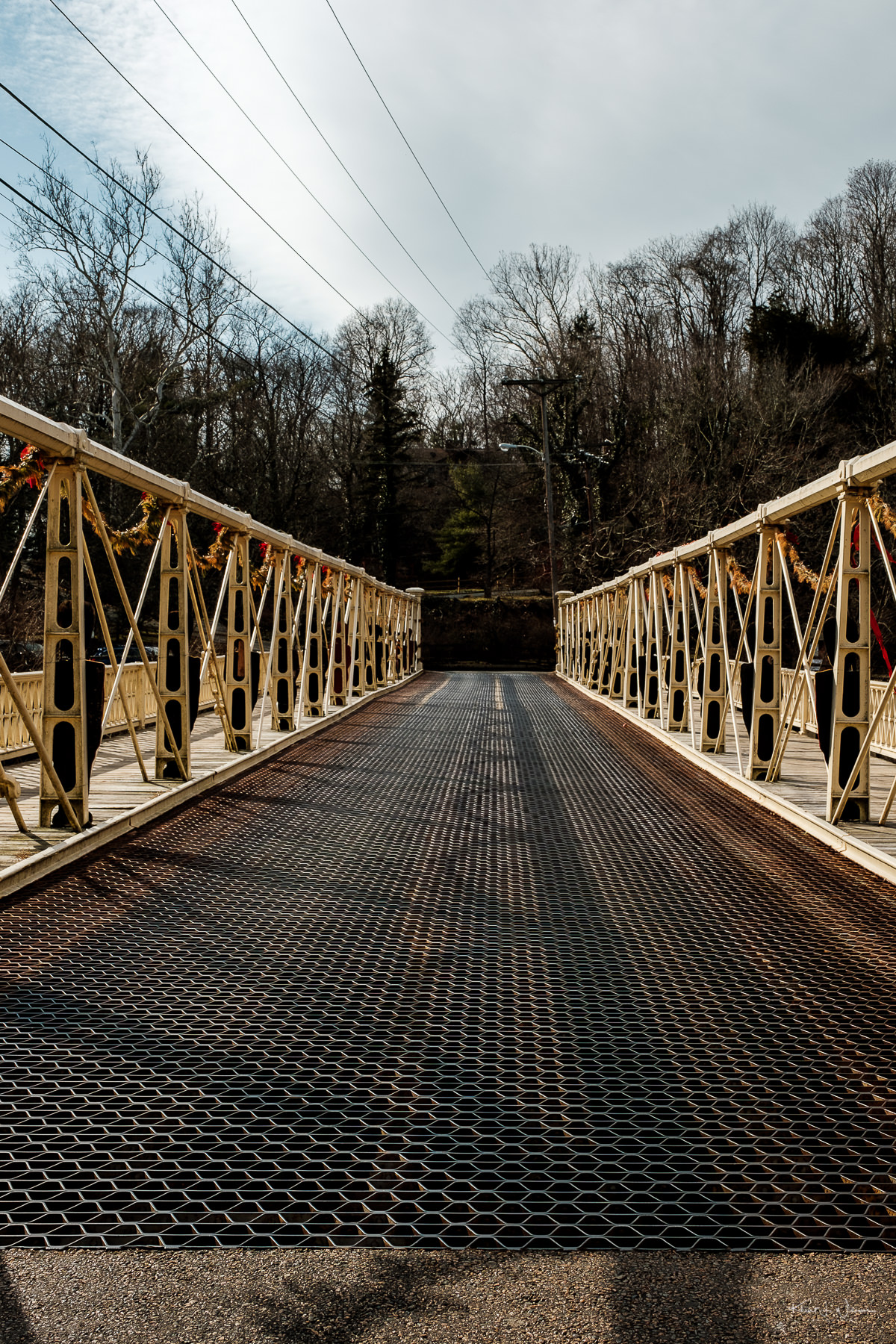 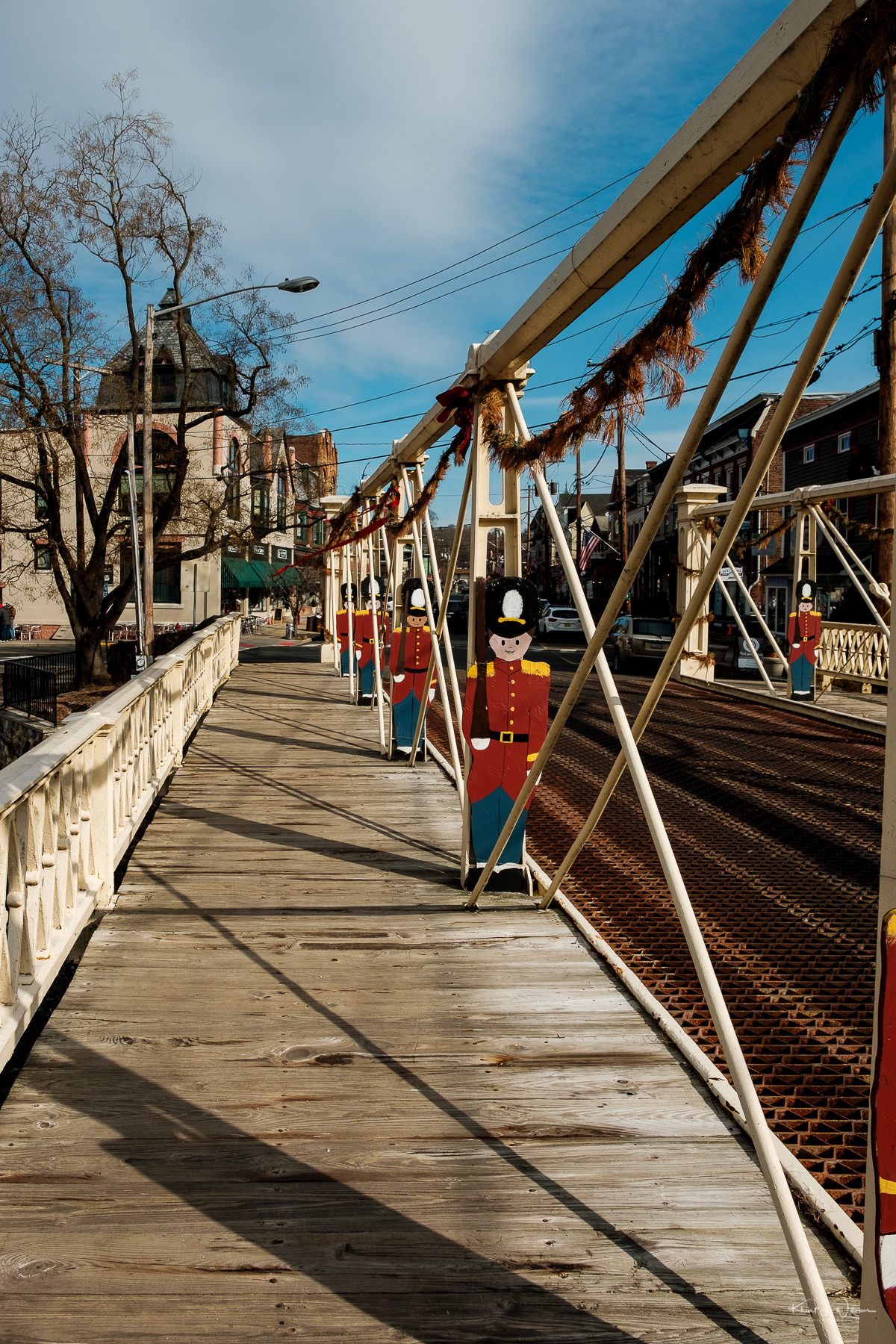 Built before 1880 by William and Charles Cowin, the Main Street Bridge is among a small group of metal truss bridges in the USA that use cast and wrought iron. The bridge was designed by Francis C. Lowthorp. It can be challenging to shoot long-exposure images from the Main Street Bridge. The bridge vibrates whenever a vehicle rumbles across the bridge, creating slight movements that cause ghosting and blurring in long-exposure photographs. I kept a close eye for any approaching traffic and captured my images between arrivals of vehicles. 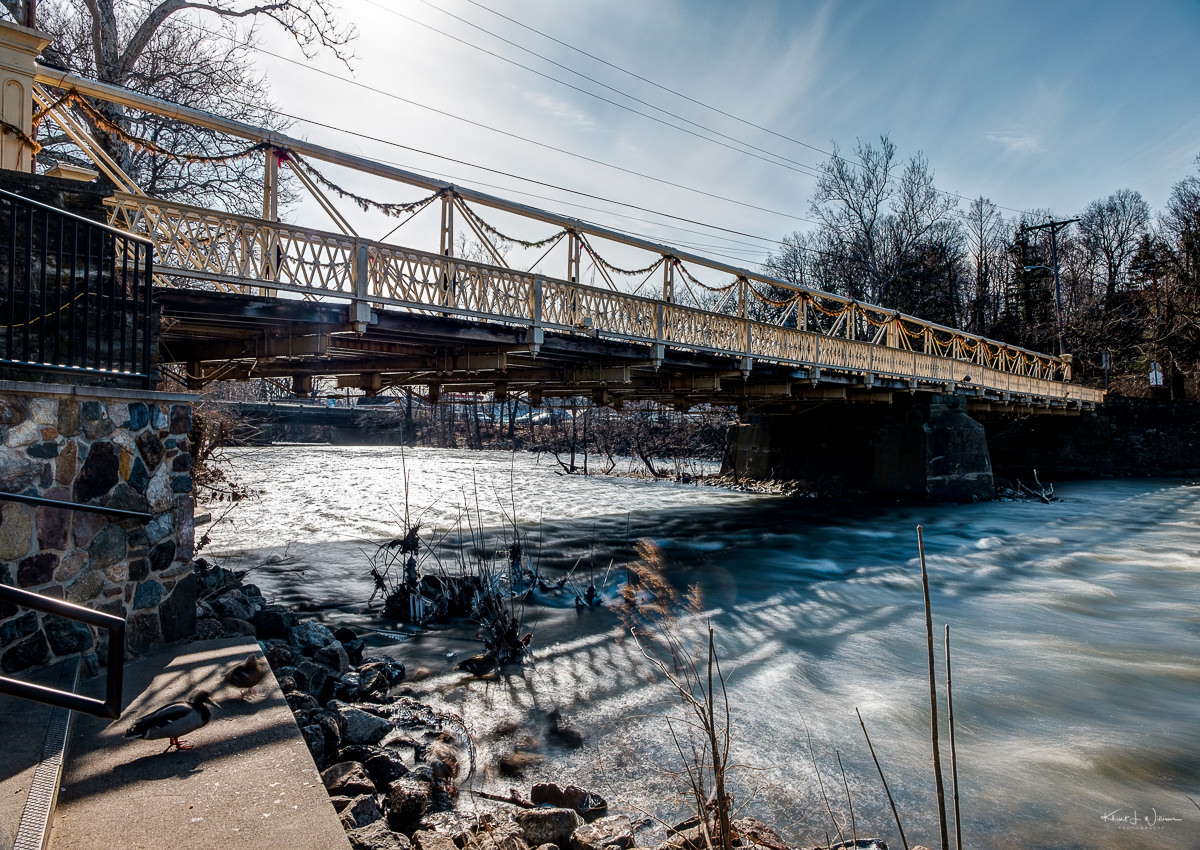 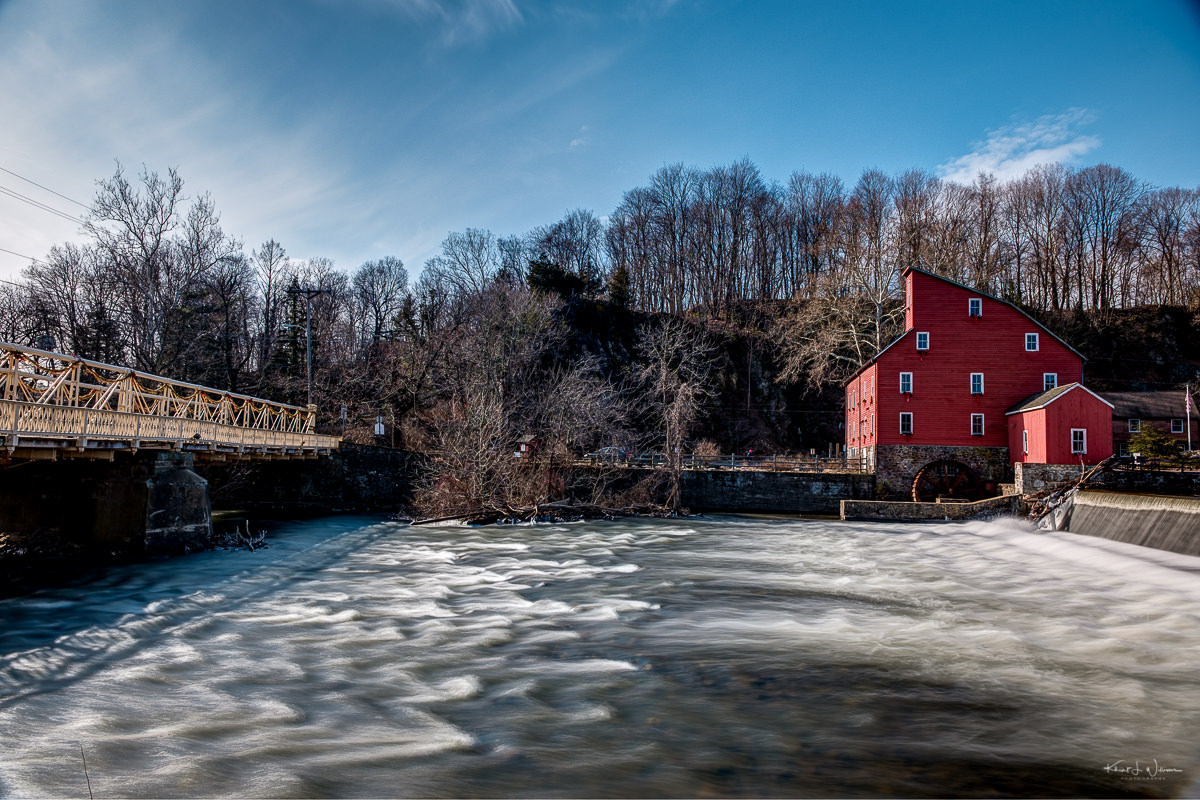 When the group moved away, so did the ducks. I walked down and waited for them to return, but they did not. I settled for capturing some images of the Main Street Bridge. At this point, I was hungry, so I walked down Main Street to the Ye Olde Sub Base, a sandwich restaurant with 4.5 stars on Yelp. I ordered the Italian sub with ham, prosciuttini, capicola, salami, provolone cheese, lettuce, tomato, vinegar, and olive oil. Whenever I eat a sub sandwich, regardless of where I visit, I like it like this. I walked back to the car and sat to eat. 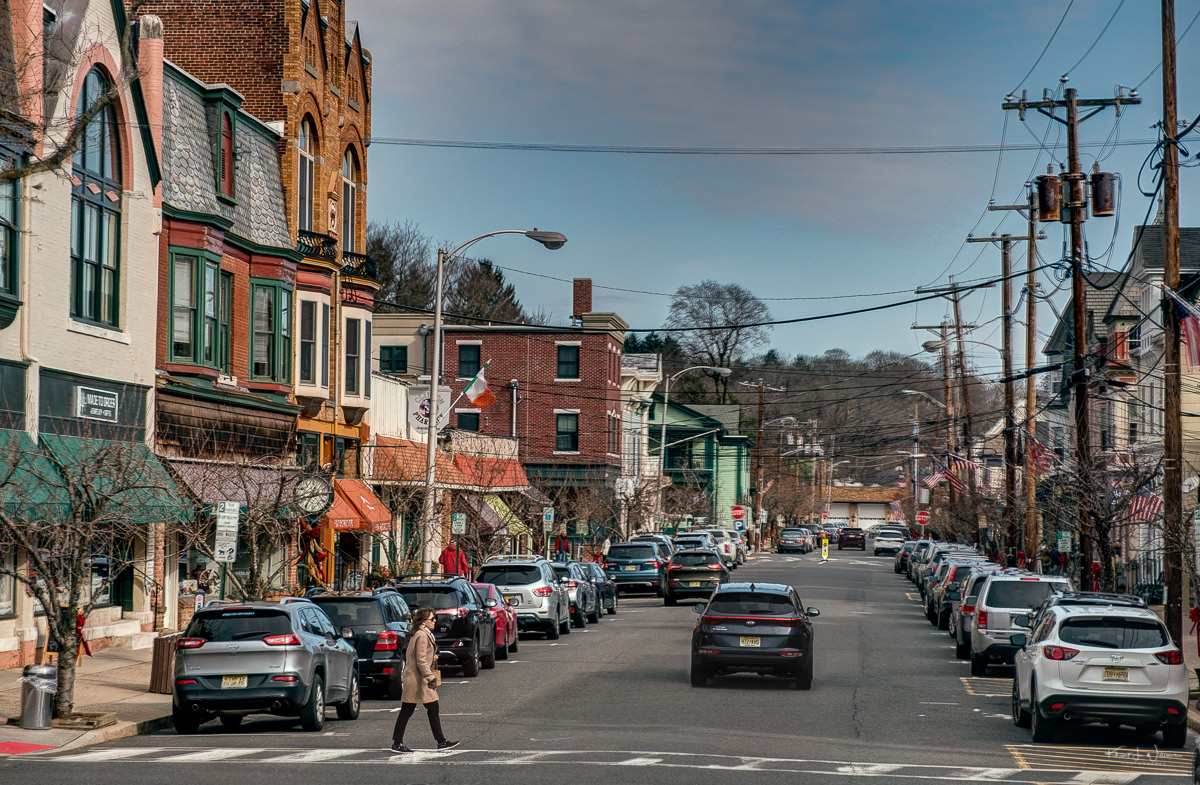 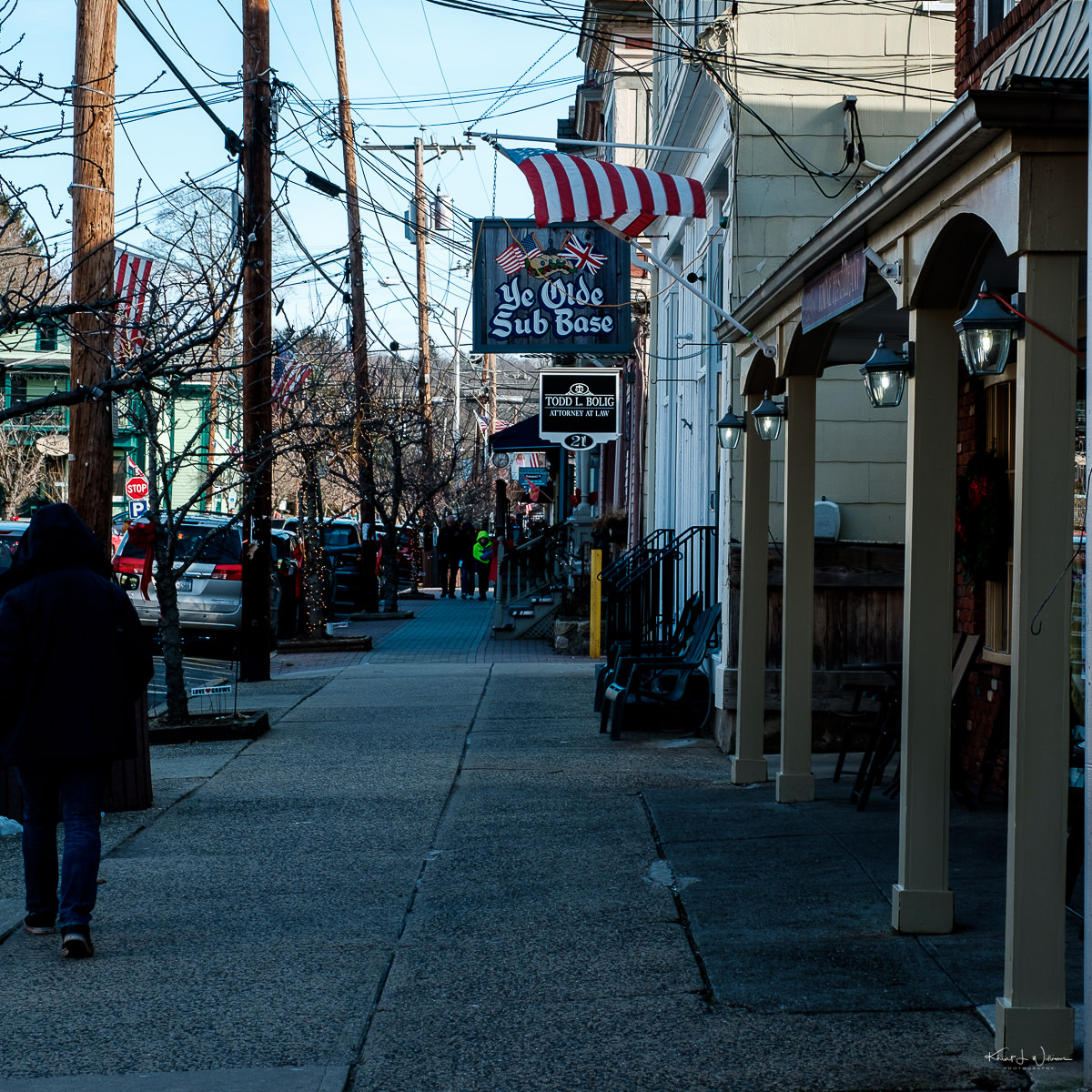 But the thought of the ducks was calling to me. I grabbed my camera and tripod and walked back toward the art museum. I could hear the ducks. It seems the ducks only gather when they see a group of people. As I approached the end of the bridge, I called out to the group of people who had gathered. I explained what I thought was going on and asked them if they would mind waiting for me to grab a few photos. They agreed.

I got some close photos of the ducks. I carefully stepped out onto the rock, many covered in ice, to grab some close up of the ducks. They must be used to people because I got pretty close. 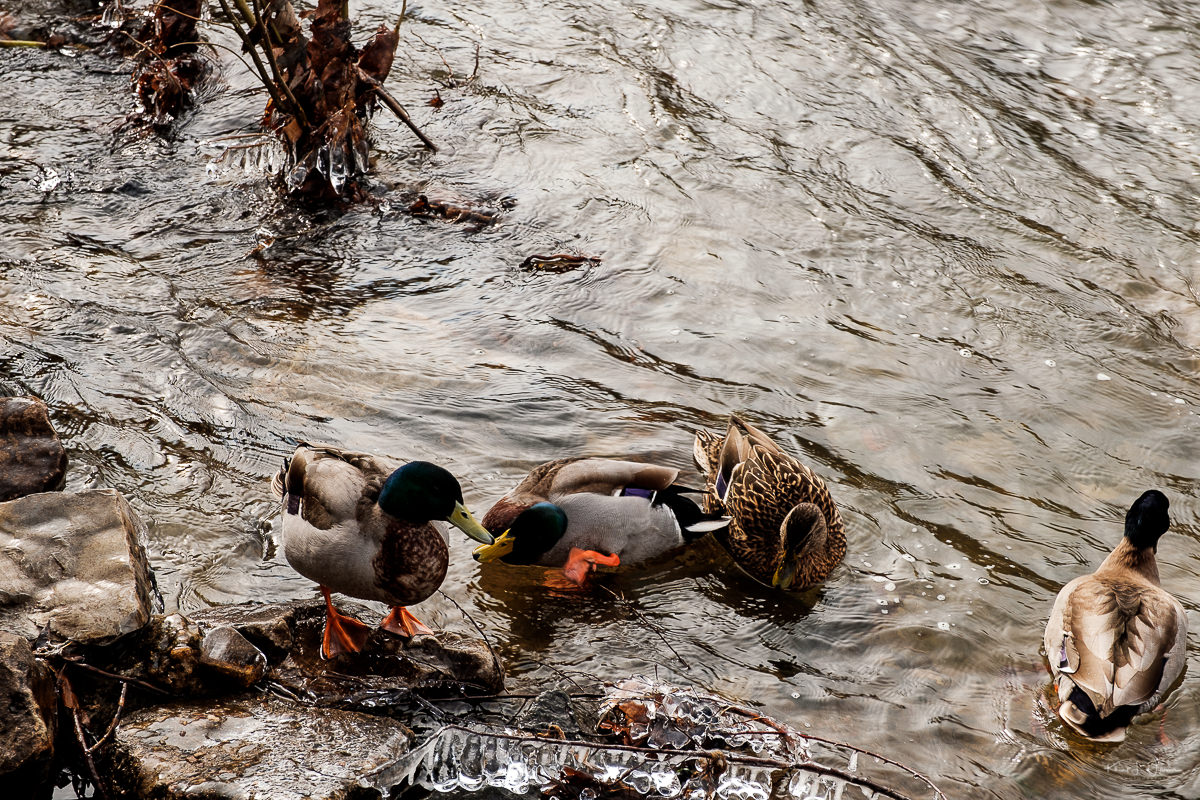 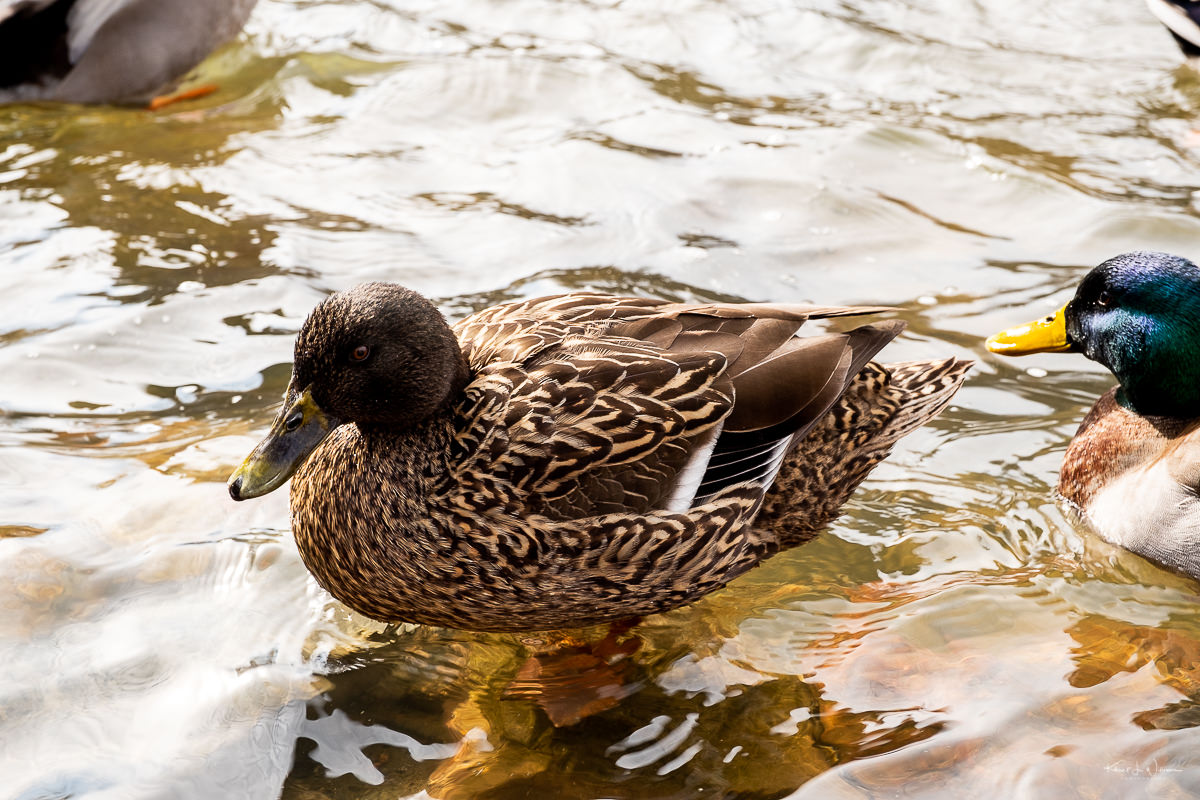 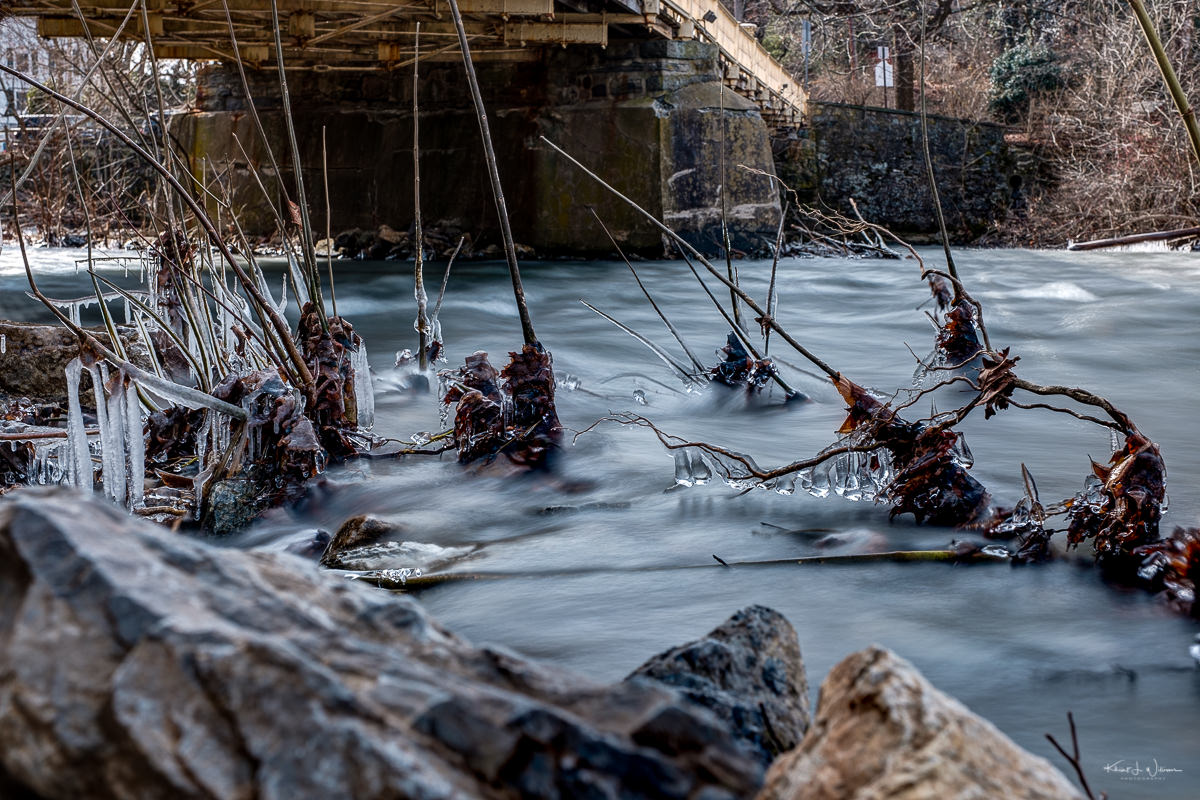 I captured some images of the frozen rocks and shrubs in the water. I hope this gives an idea of how cold it was.

Now that I had captured the photos I wanted, I walked back to my car to sit and eat my sandwich. I thought about my plans for the rest of the afternoon. I wanted to stop in at Conclave Brewing to try two of their new IPA. I realised what time it was and that I needed to leave.

I shot all of my images bracketed (5 exposures), so I could get a set of photos I could choose from for post-processing. However, when editing the images in Lightroom, I tried to create a natural HDR image from one scene. I applied the Classic Chrome Fujifilm Film Simulation preset to each image before processing it as HDR. I like the result. Except for the photos of the ducks, I processed the remainder of the images as HDR.

*Created by photographer Frank Jansen, the Tuesday Photo Challenge is a weekly theme-based challenge for photographers of all kinds to share both new and old photography. 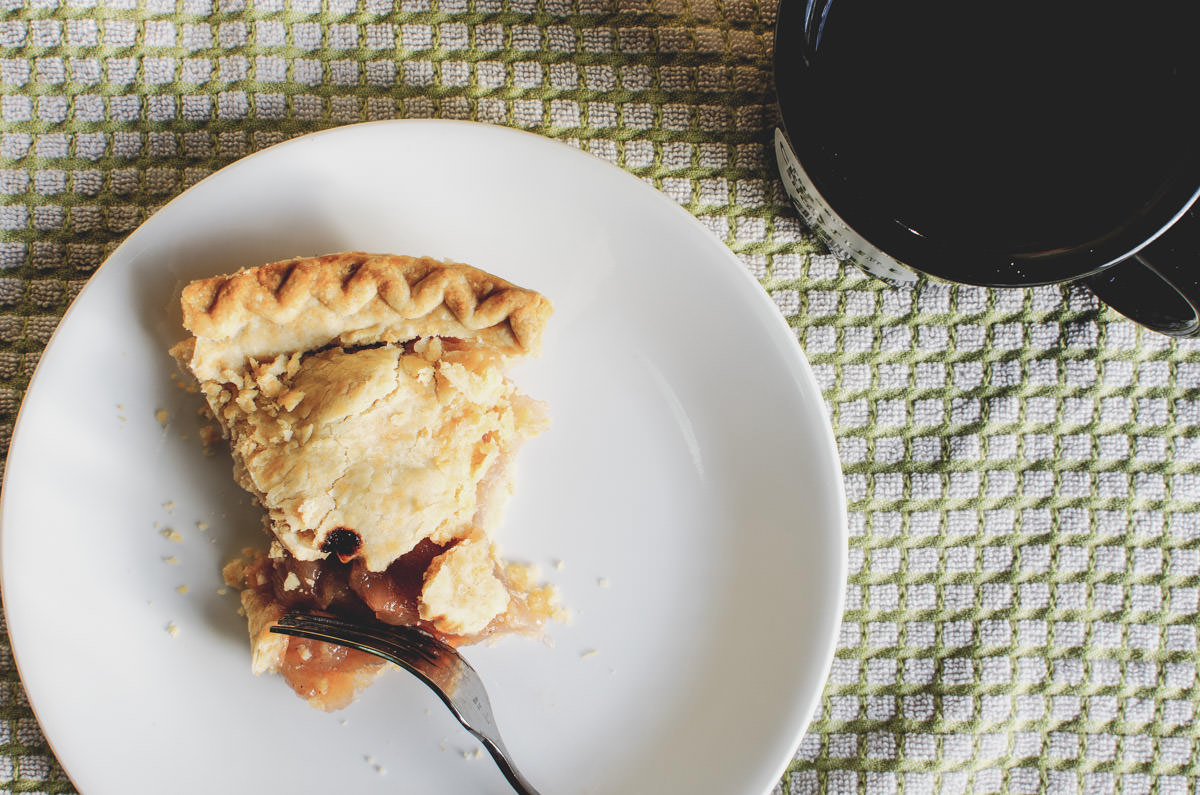 Which Apple Pie Do You Prefer? 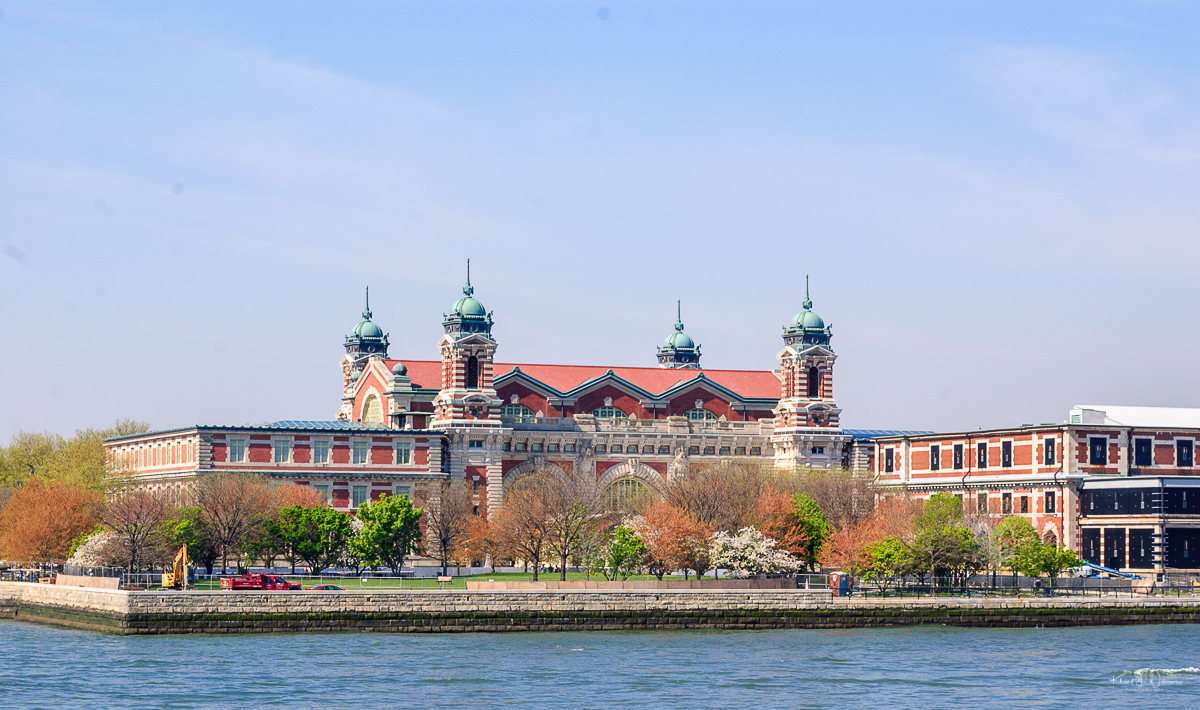