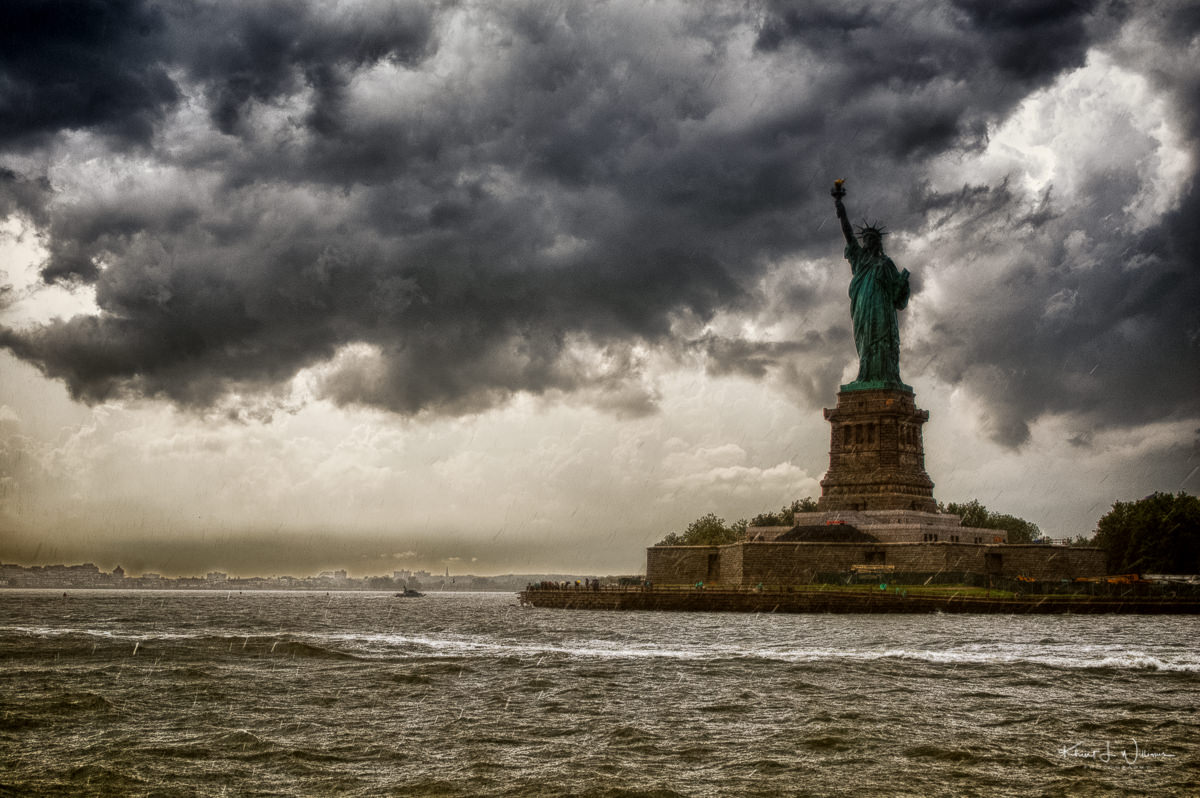 Frank chose the phrase "back catalogue"1 for the weekly photo challenge. Frank, thank you for this!! Until my eye-sight returns to normal, I can’t drive, which means my photographic opportunities are limited to my home or to wherever I can safely walk. I submitted nothing for the last two challenges. My Adobe Lightroom Classic catalogue has two decades worth of digital photographs. I was sure I could find a picture to share “as is” or to re-interpret. The challenge with this challenge was deciding how far back in the catalogue to go, what to choose, and why?

After thirty minutes of skimming my catalogue, I chose this image of the Statue of Liberty from 15th August 2012. Bhavna, the kids and I took a day off in the middle of the week to visit Ellis Island. We had hoped to avoid the tourist crowds. We need not have feared, though, as it started to drizzle when we got to Liberty State Park, New Jersey. We were undeterred and toured Ellis Island, enjoying the indoor exhibits. We thought that maybe the rain would let up by the time we finished touring the facility so that we could visit the Statue of Liberty on Liberty Island, New Jersey.

But as we excited, it was still raining, and since none of us wanted to walk around in the rain, we waited for the return ferry to Liberty State Park. As our boat crossed the water, the sun attempted to force itself through the rain clouds. I pulled out my Nikon D40 and snapped this shot.

I used Google Colour EFX Pro to add some "grunge". 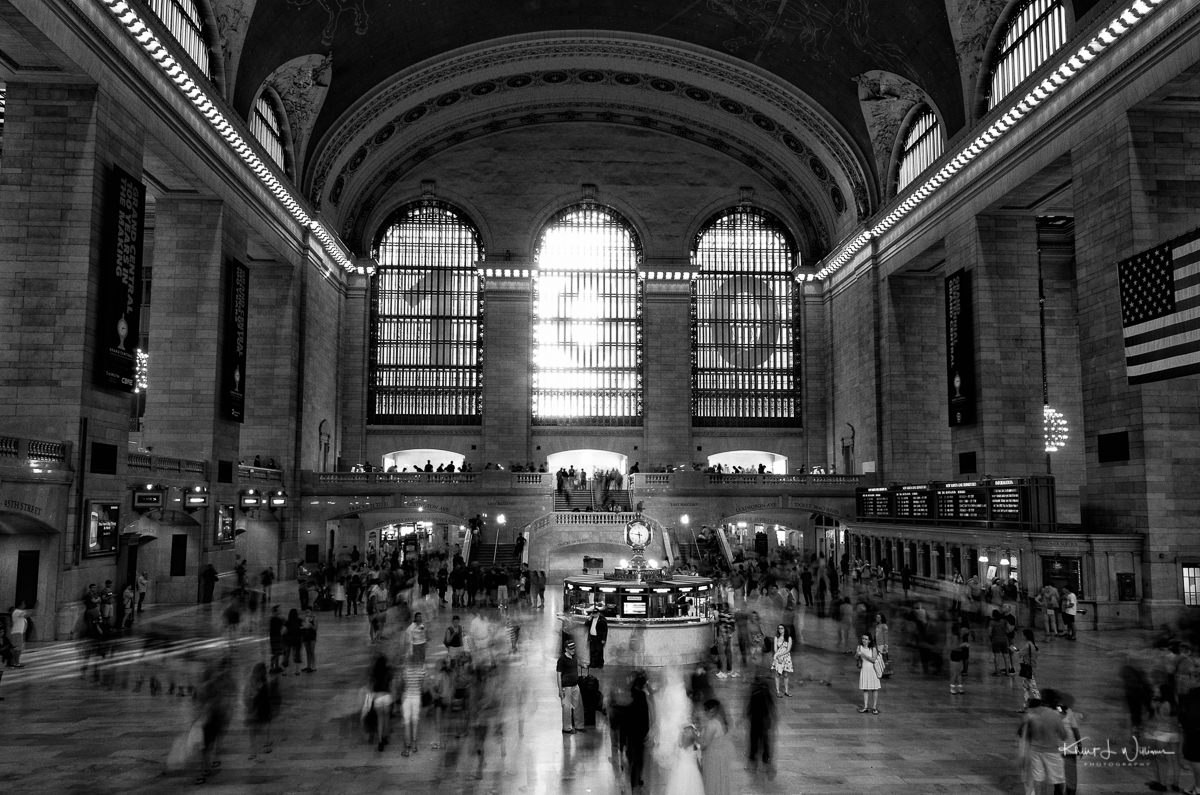 The second image is from a June 2013 field trip to Grand Central Terminal on Park Avenue at 42nd Street in Midtown Manhattan, New York. My friend and instructor, the Princeton based photographer Alan Kesselhaut , organised the field trip, obtaining tripod permits for the well-trodden Main Concourse so that we would not be chased away by transit police. At the time of our visit, Grand Central Terminal was celebrating 100 years of continuous operation, making this field trip significant. The window was darkened in certain spots to create the number "100".

Interesting side note, there is an Apple Store in the space at the top of the staircase just below the large window.

The image was originally a colour HDR photography. For this version of the picture, I applied one of the B&W presets from DxO Silver Efex Pro 2. 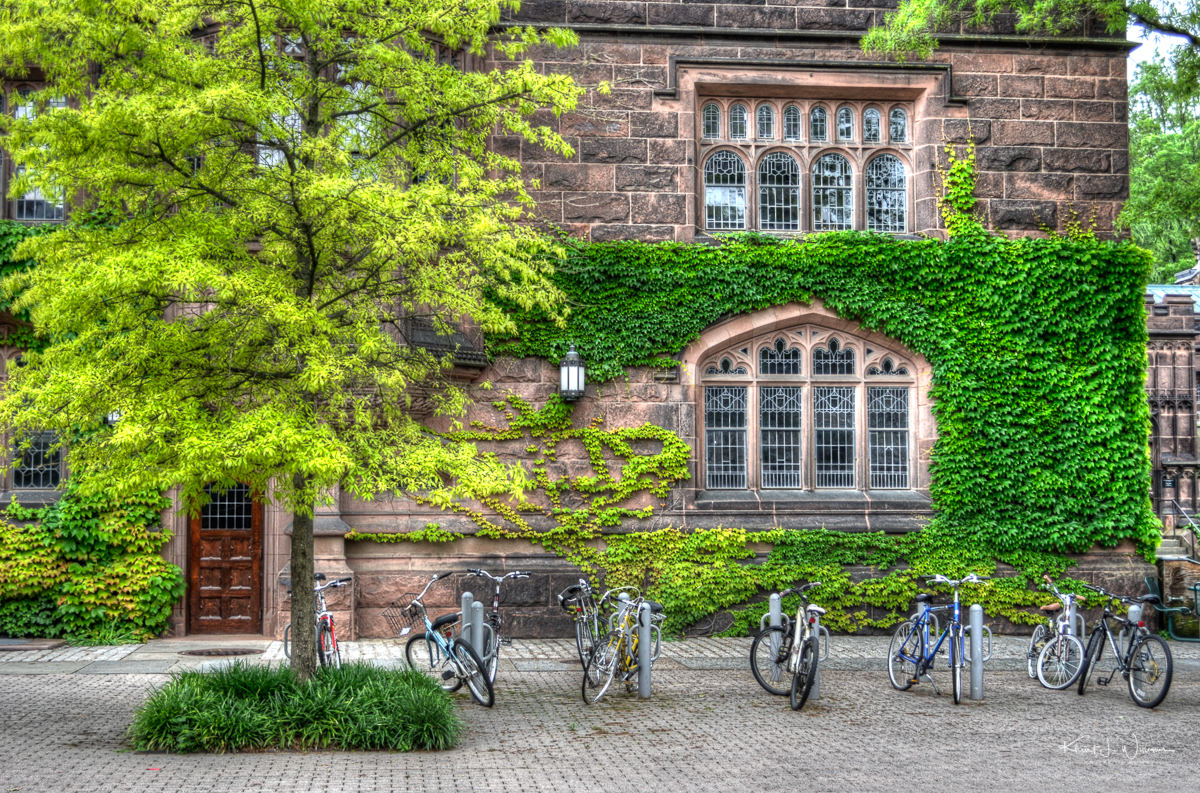 The third image is from the Spring of 2013. I was recently released from my employer of ten years and was a week away from starting as a consultant for a client in Trenton. I was bored at home, so I grabbed my camera and tripod and took a drive into Princeton on what was a fresh, crisp sunny day. I walked around Princeton University noticing that most of the co-eds had gone home for the summer break, but the campus still had some signs of life. It was late Spring, and many of the trees on campus were green with fresh young leaves. The ivy was crawling everywhere. The trees and the Ivy and the bicycles in front of John Haines Hall were full of bright colour.

I took several shots and combine then in Photomatix Pro for an HDR effect. I may have pushed things a bit too far with the saturation and vibrancy settings. I'm not sure what happened, but I can't find the original images from which I made the HDR. 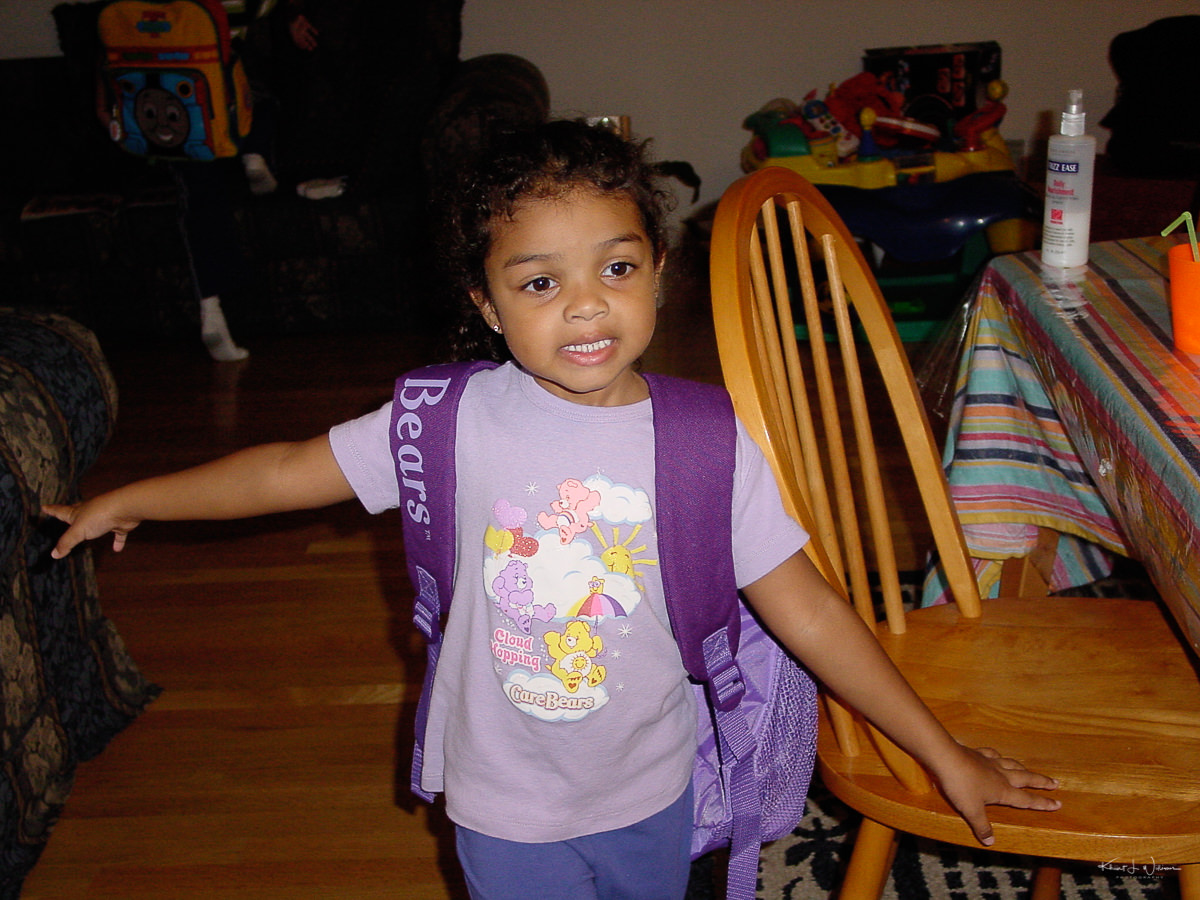 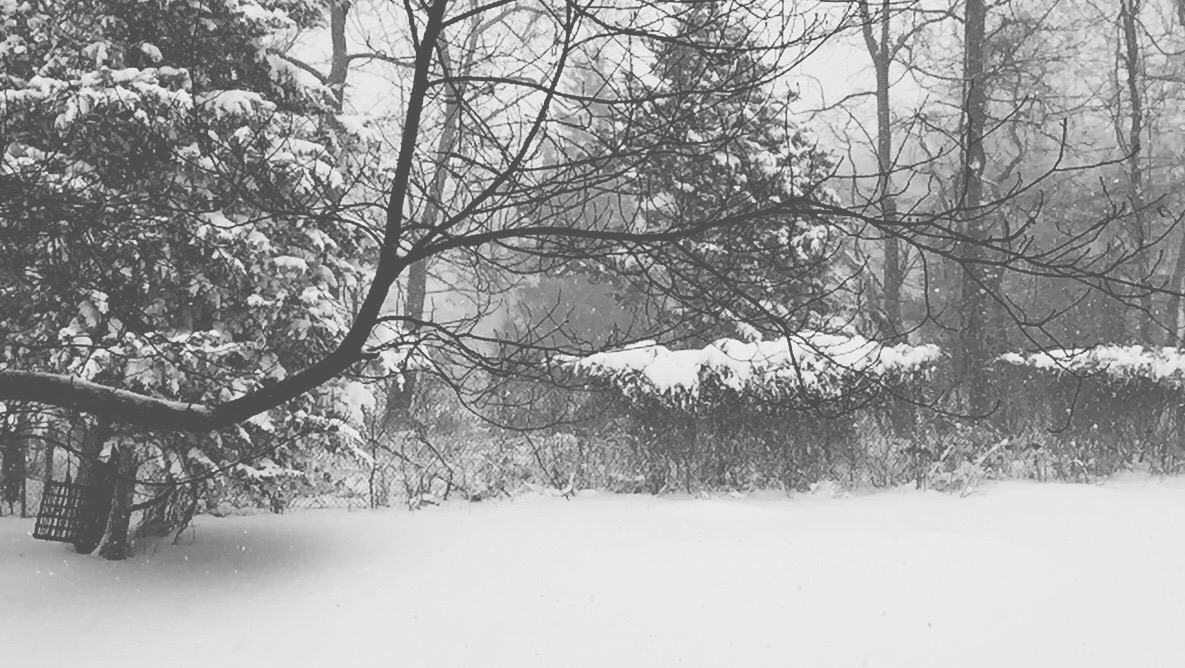 From the iOS Darkroom - January 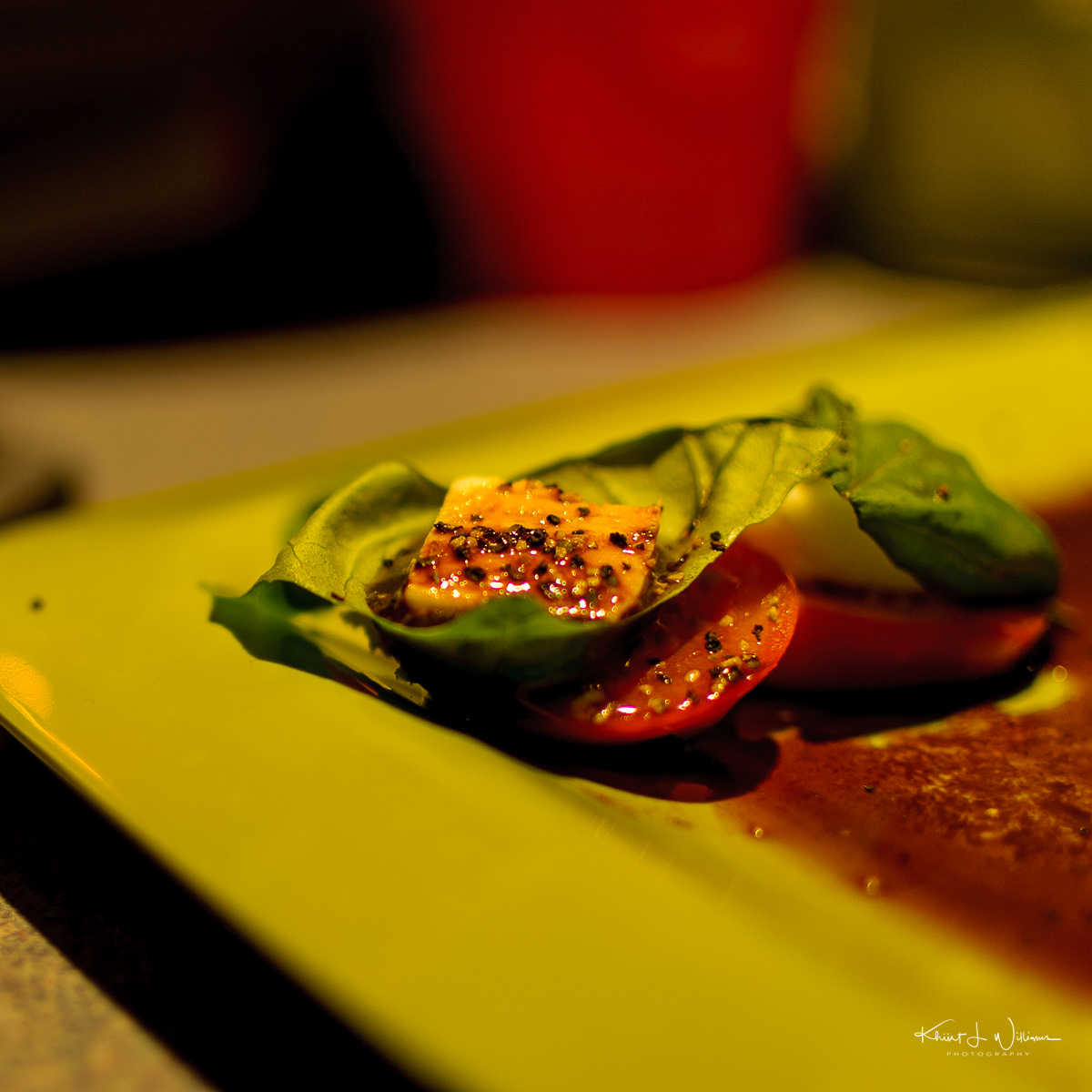